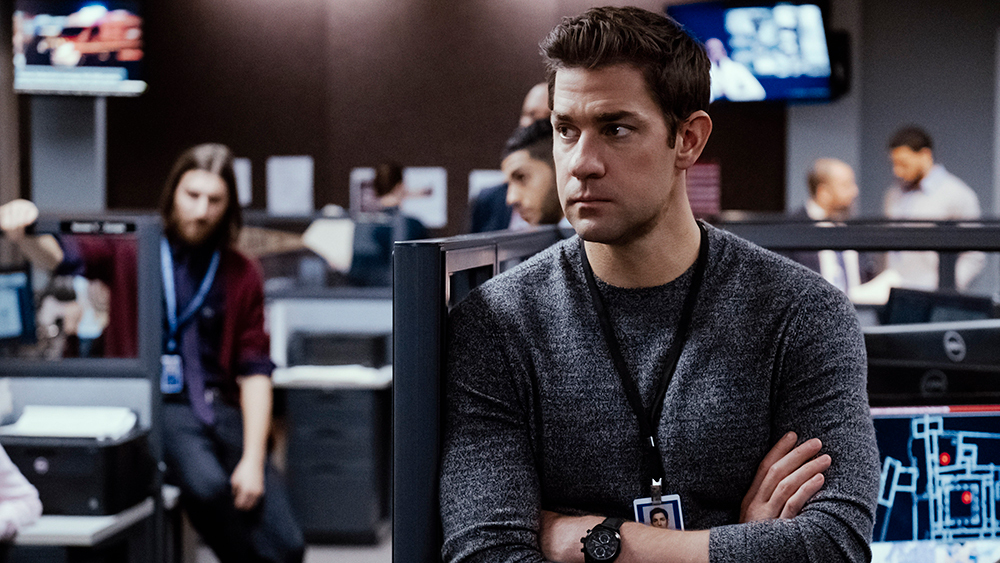 In the bid to present itself as a formidable force in the highly competitive world of streaming services, Amazon Prime Video is gearing up with big projects, like ‘The Lord of the Rings’ series. But before this fantasy giant arrives and shows us if it will make or break the case for APV, the service has a number of other players with fairly high stakes. The release of ‘Hanna‘, ‘Good Omens‘ and ‘The Boys‘ has displayed its taste for a wide range of stories, and their high production value hints that Amazon is not afraid to go bigger (which further increases the anticipation of LOTR). It is already in the awards circuit with ‘The Marvelous Mrs Maisel‘ and ‘Transparent‘. What it needs now is a show to become its blockbuster. ‘Jack Ryan‘ presents itself as a serious contender for that. And after the second season, we support its bid.

While the first season took its time to create an origin story for the character, the second season jumps right into the action. There is a marked difference in the first episodes of the first and the second installment, which shows that the writers have grown from their experience of the first outing, especially from the criticism (though minor) it had received. You can already sense the urgency and the stakes stacked against Ryan, especially with his mind caught in an emotional turmoil.

John Krasinski seems more in command of his alter ego this time around. He is more familiar with the strengths and inhibitions and even the blind spots for Ryan, and his apt portrayal is supported by sharper writing. Wendell Pierce is great as James Greer. He had already proved himself as a force to be reckoned with and acted as the balance for Ryan’s uptight and often short-sighted character in the first season. He continues to do so while adding another emotional bump in Ryan’s future.

In the finale of the first season, Greer had been assigned to Moscow. Jack received the offer of promotion- to serve as Greer’s replacement, but we know him enough to be sure that there is no more desk job scenario for Ryan. Or so we thought! With Greer’s note, it looked like he would make use of that ticket to Moscow, and we expected to see something along the lines of ‘The Hunt for Red October’ or ‘The Cardinal of the Kremlin’, or any other story from Ryanverse that had the Cold War connotations. Instead, the show takes a completely different turn and heads to South America.

Scraping off the possibility of Ryan joining Greer in Moscow, it has both of them working on different things that converge at Venezuela. With the country’s politics in a state of massive upheaval, Ryan discovers Venezuela in cohorts with Russia, who is supplying the former with arms. Meanwhile, Greer’s work in Moscow also leads him to South America. Once he realises that Ryan is on the same thing, he knows something big is going on. It soon becomes clear that President Reyes is involved in it, which means a more dangerous antagonist for Ryan to face off against.

By the end of the first episode, the stage has been set, loyalties have been questioned, the villain has been revealed, a massive conspiracy has been hinted, two mysterious characters have made appearances, and Ryan has already met with a huge loss. The taut storytelling sets a good pace, which means that, even in the scarcity of high-octane action sequences, you can feel the tension soaring and are already on the edge of your seat. The first season of ‘Jack Ryan’ was good and definitely deserved a pat on the back for the effort. But it didn’t make a compelling case for its successors. The decision of continuing with it depended heavily on the viewer’s whim. With the second season, however, they want to take away that option. And by far, they are doing a pretty good job of it.

With the storyline compacted to a particular region and armed with a better understanding of the characters, the second season of ‘Jack Ryan’ is a riskier venture. It has graver political undertones, has moved beyond the generic plot devices, and has dared to add the emotional leverage while removing the romantic angle, which means that Abbie Cornish’s Dr Cathy Mueller, is not in the picture. For now, at least. What the rest of the episodes have in store remains to be seen, but ‘Jack Ryan’ Season 2 is off to a thrilling start.