Keeping Up With the Joneses: Everything We Know

‘Keeping Up With the Joneses’ is the first-ever movie series on Lifetime Movie Network and the first of its kind for the ‘Wrong’ film franchise. The three-part family drama revolves around the Joneses, who practically rule Pacific Hills. After the death of Theodore Jones, his second wife, Robin, takes the reigns of the family and the business. When she and her four stepdaughters realize that they are in trouble, they will do anything to keep all that is theirs. There is a lot of buzz around this TV film series, so you must be curious to know more about it. Here is everything we have found!

Keeping Up With the Joneses Filming Locations

The family drama is set in the seaside town of Pacific Hills that is home to the Jones family. Lavish private properties and beautiful ocean views create the setting for the film series, which was reportedly filmed in Spring 2021. Let’s take you through the details!

‘Keeping Up With the Joneses’ was filmed in Los Angeles, California. The City of Angels is the heart of Hollywood, and rightly so. The superior infrastructure and diverse landscape in and around LA make it an ideal choice for filming. Production teams in LA have easy access to the ocean, the hills, the desert, and a bustling city. It is no wonder that some of the oldest film studios in the world set up their base in LA decades ago.

Los Angeles has some of the most frequently filmed neighborhoods, such as Beverly Hills, Pasadena, Sherman Oaks, Malibu, and Pacific Palisades, to name a few. A significant portion of this film series was shot in Bel-Air, a residential neighborhood that lies on the Westside of the city. This neighborhood is not far from the main campus of UCLA and is about 12 miles from Downtown LA, which is another popular filming location.

Bel-Air is part of a high-priced region in the city that includes Brentwood and Beverly Hills; together, they are called the “three Bs.” Seeing how this film series revolves around the wealthy Jones family, the posh neighborhood is the perfect filming site.

Keeping Up With the Joneses Cast

Vivica A. Fox essays the character of the matriarch of the Jones family, Robin Jones. The actress, producer, and television host is a well-known face in the ‘Wrong’ film franchise. Some of her notable acting credits include films and shows such as ‘Independence Day,’ ‘Ella Enchanted,’ ‘The Wrong Cheerleader Coach,’ ‘The Wrong Fiancé,’ ‘Days of Our Lives,’ and ‘Curb Your Enthusiasm.’

Is Keeping Up With the Joneses Based on a True Story?

No, ‘Keeping Up With the Joneses’ is not based on a true story. However, the film series feels familiar because family feuds surrounding wealth and power have often been the subject of many TV shows and films. Series like ‘Dynasty,’ ‘Monarca,’ ‘Succession,’ ‘The House of Flowers,’ and ‘Empire’ serve as excellent examples of the same. Although ‘Empire’ is set against the backdrop of the hip hop music industry, the show’s pivot is the family that owns Empire Entertainment. On the show, Lucious Lyon learns that he does not have much time to live due to his health condition. 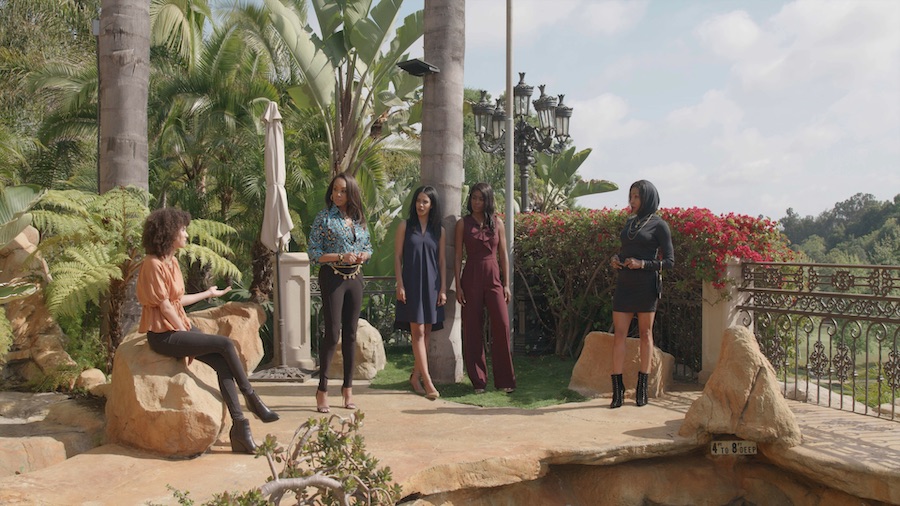 Considering his fatal destiny, Lucious begins to groom his sons so that one of them can take charge of the steering wheel after him. Much like Robin in this movie series, Lucious’ ex-wife, Cookie, starts to exert control over her sons as well as the company. Ironically, Vivica A. Fox appears in the show as Cookie’s older sister, Candace Holloway Mason. The dynamics between the Joneses might also remind you of the Carringtons in ‘Dynasty’ or the Roys in ‘Succession.’ While they do not always get along, they are fiercely passionate about power and stand united when a situation calls for it.

Another very well-known example you might be able to recall is that of the Lannisters from ‘Game of Thrones.’ Each of them is calculative and has an agenda, but they are most likely to favor one of their own when facing an external threat. Thus, even though ‘Keeping Up With the Joneses’ is not a true story, we have come across similar situations and characters numerous times on the screen. This explains why someone might think that the TV film series is based on real-life events.