Where Was Lifetime’s Your Boyfriend is Mine Filmed? Is it a True Story?

Directed by Stacia Crawford, ‘Your Boyfriend is Mine’ is a thriller movie on Lifetime. It follows Ben, who takes up a job as a live-in housekeeper for Amanda, an affluent businesswoman. However, his girlfriend is against his decision as she suspects his employer’s intentions. Her doubts come true when Amanda begins making sinister advances on Ben. Soon, the couple’s lives get endangered when Amanda’s plans become deadly.

Set against the backdrop of a wealthy residence, the visuals of ‘Your Boyfriend is Mine’ create the perfect ambiance for the intense and riveting narrative, which feels a bit too realistic at times. So, if you’re intrigued to know more about this mind-bending movie, we have all the details you need. Let’s dive in!

Your Boyfriend is Mine Filming Locations

‘Your Boyfriend is Mine’ was filmed entirely in Georgia, particularly in Atlanta. Under the tentative title ‘Deadly Proposal,’ principal photography commenced on July 31, 2021, and was wrapped up in the third week of August 2021. Georgia or the “Peach State” is a widely popular filming destination due to its pleasant climate, considerable tax rebates, and the diverse landscape that creates the perfect canvas for all genres of film and TV production. Coming back to the movie, here is a closer look at the filming sites.

‘Your Boyfriend is Mine’ was mainly lensed in Atlanta, the historic capital city of Georgia. The populous metropolis has a green terrain and the densest urban tree coverage in the country. Nevertheless, it is a major hub of transportation. Moreover, the city also played a crucial role during the American Civil War and the civil rights movement.

Besides transport, Atlanta’s economy primarily relies on healthcare, aerospace, information technology, logistics, finance, and biomedical research. With the presence of numerous hi-tech production studios in and around the city, another important contributor is the film and TV industry. Over the years, Atlanta has witnessed the filming of several movies like ‘The Suicide Squad,’ ‘I Want You Back,’ ‘Ford v Ferrari,’ ‘Single Black Female,’ and ‘Baby Driver.’

Your Boyfriend is Mine Cast

Is Your Boyfriend is Mine a True Story?

No, ‘Your Boyfriend is Mine’ is not based on a true story. Its realistic storyline is the genius of its writers Bryan Dick, Ken Sanders, and J. Bryan Dick. However, they likely created the movie based on their observations of real-life instances. Ben’s girlfriend suspects that Amanda has romantic interests in him and that he might cheat on her. 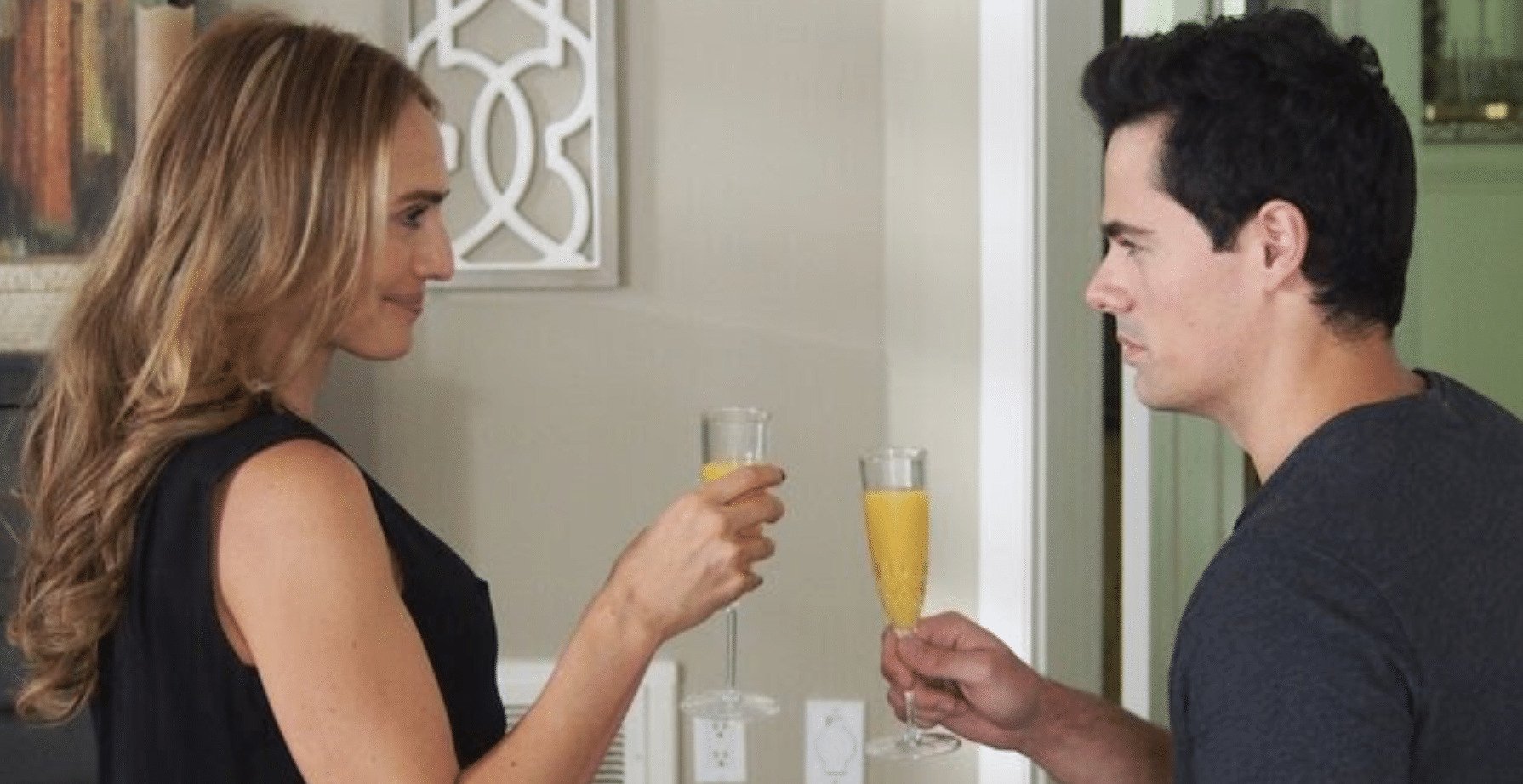 According to a 2018 report by Institute for Family Studies, 16% of people in the USA have cheated on their spouses while being married. Out of that, 20% of men and 13% of women admitted to having engaged in sexual relations with another person outside their marriage. It is safe to say that a significant number of people have most likely been involved in workplace affairs, which also prove to be detrimental to their relationships.

In addition, a 2018 survey by Pew Research Center concluded that 59% of women and 27% of men had received unwanted sexual advances or verbal or physical harassment of a sexual nature at or outside the workplace. This indicates that men too are harassed at work, much like Ben, who is subjected to intimidation by Amanda. Thus, ‘Your Boyfriend is Mine’ carefully explores these real-life topics through a fictionalized storyline. Although the movie is not a true story, it reflects the fragile state of human relationships and morality.