Where To Stream ‘Missing Link’? 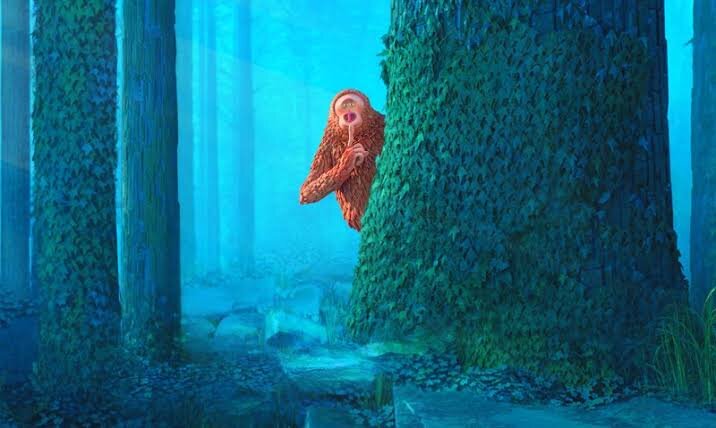 Butler himself has written the screenplay for this film. He has also been associated with some of the best-animated films in recent years like ‘Kubo And The Two Strings’, ‘Coraline‘, and others. You must be eager to know where you can stream ‘Missing Link’, and we are here to tell you just that. But before we do so, let us walk you through what the film is actually about.

What Is Missing Link About?

The story of the film is centered around Mr. Link, an 8-foot-tall creature who looks like a grizzly bear. When Mr. Link comes to know that some of his relatives live in the fabled land called Shangri-La, he recruits Sir Lionel Frost, a fearless explorer, to take him to the place in any way possible.

The two of them set out together, and are later joined by another adventurer called Adelina Fortnight. The number of adventures they find themselves in, along with the friendship that develops between these three characters is what this movie is about.

Is Missing Link On Netflix?

Netflix’s popularity in the world of streaming platforms is extraordinary. Netflix has been able to reach out to different parts of the world and has shown great enthusiasm towards producing content in other languages besides English. Although ‘Missing Link’ is not available on Netflix at the moment, you can check out other animated films on the platform like ‘Klaus‘, ‘A Silent Voice‘, ‘Coraline‘, and others.

Is Missing Link On Disney+?

Disney+’s arrival in the online streaming market is a major threat to the dominance of Netflix, Amazon Prime, and others. Although Disney+ hosts a number of great animated films, you will not be able to find ‘Missing Link’ in its oeuvre. ‘Missing Link’ is not a Disney, Pixar, or Marvel film, and is produced by Annapurna Pictures and Laika. However, you can check out brilliant animated movies like ‘Wall.E‘, ‘Toy Story‘, and ‘Zootopia‘ on Disney+.

Is Missing Link On Hulu?

Hulu has proved to be one of the most popular streaming platforms in the world owing to its brilliant collection of original content as well as content sourced from around the world. Subscribers of Hulu have a reason to rejoice since ‘Missing Link’ is indeed available on the platform, and you can stream it right away. Check it out here.

Is Missing Link On Amazon Prime?

If there is one streaming platform that even comes close to the popularity that Netflix enjoys, it has to be Amazon Prime. With its strong base of international subscribers, Prime’s popularity is perpetually on the rise. ‘Missing Link’ is not available on the platform at the moment, but you can check out other animated films on Prime like ‘All Dogs Go To Heaven‘, ‘Blame!‘, ‘Jack Frost‘, and others.

Where Can I Stream Missing Link Online?

As mentioned above, you can watch ‘Missing Link’ right away if you have a Hulu subscription. You can also buy or rent a soft copy of the film on the Microsoft Store, iTunes, YouTube, Google Play, and so on. The price for purchasing the film ranges between $9.99- $14.99 while renting the same will cost you between $2.99- $3.99.

Is Missing Link Out On DVD And BluRay?

Yes, ‘Missing Link’ is out on both DVD and BluRay, and has been since July 23, 2019. You can buy the digital copy here, right away.

Where Can I Stream Missing Link For Free?

There is only one way in which you can watch ‘Missing Link’ without paying for the same, and that is by using the 7-days free trial which Hulu offers.

Read More: Where to Stream Coco?