Coraline is a very well made dark fantasy animated film with elements of horror. Based on Gaiman’s novel of the same name the film is about a girl who is starved for her parents’ attention and in her restlessness uncovers a parallel ideal world but the world holds its own dark secrets and the trials she has to go to before normalcy is restored in her life, becomes a character-defining moment for Coraline and teaches her to value the things she has. Here is the list of movies similar to Caroline that are our recommendations. You can watch some of these movies like Coraline on Netflix or Hulu or Amazon Prime.

12. Where the Wild Things Are 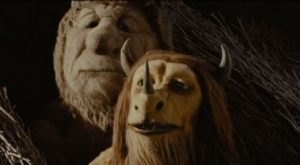 The similarity is obvious. A boy, who is often bullied but is very imaginative one day discovers an island with giant creatures and proclaims himself their king. An adventure with magical creatures where a child learns valuable lessons are strikingly similar to Coraline’s tale as well and Spike Jonze’s film is so excellently made as to have you enthralled by the time he finishes weaving his tale. 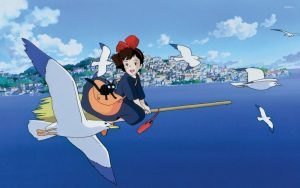 Produced by Studio Ghibli, this is another masterpiece by Hayao Miyazaki. The story is about Kiki a young witch who goes to a coastal town where she is taken in by a kindly baker in exchange for her services of delivering goods on her broom. All seems to go well for her until she apparently loses her powers. The story of Kiki regaining her powers forms the basis of the narrative and the character of Kiki and Coraline is remarkably similar. They both move away from a place of reliance to a place of independence. Kiki’s tale is excellent and a thoroughly enjoyable work by one of the masters of animation.

10. James and the Giant Peach 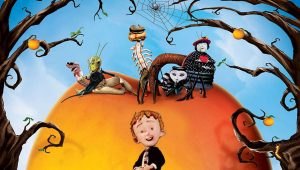 Directed by Henry Selick and based on Roald Dahl’s novel, this film is about a young boy James whose parents are killed by a giant rhino and he is subsequently adopted by his abusive aunts. James’ ordeal is helped by magically enlarged insects as they undertake a voyage to New York City. Just like Coraline James too must face his fear as he ultimately challenges the ghostly rhino. An engrossing tale and a well-made film, this is definitely a film to be enjoyed by all families. 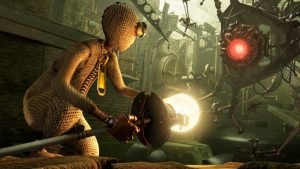 Directed by Shane Acker, this film was the fruition of the project he submitted at the UCLA with a strong theme of the world being what we make of it. The story is about an artificial intelligence containing robot which destroys the world except for nine talismans which contain the scientist’s soul. The story of how these talismans through sacrifices and ordeals finally restore life to earth is the basis of the movie’s plot. An excellent film with valuable lessons, this movie’s ordeal and apparent desolation truly manage to mirror Coraline’s mirror world. This film remains a rather underrated work of art in animation and I’d strongly suggest viewers give it a watch. 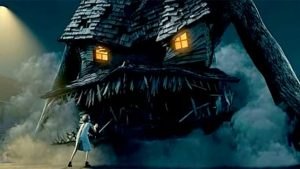 If creepy animated stories are your forte, then Monster House is right up there with Coraline. A tale of love everlasting which gets twisted and makes the house a devouring monster, this story is about a bunch of kids who battle the monstrous house and save all the previously devoured people. A fine film, the storyline is spooky enough and the protagonists spunky enough to make the film thoroughly enjoyable. 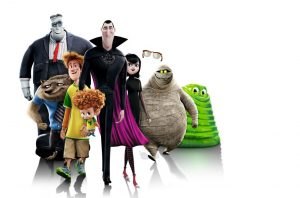 Directed by Genndy Tartakovsky, this is one of the most wholesome animated movies on this list and really a feel-good cinema. However, some themes are similar to Coraline, like a young girl’s quest to find her true self. Another similarity to Coraline is the whole host of terrifying monsters, who are really more sweet than terrifying in the film. The entire ensemble includes famous names like Count Dracula, Werewolves, Mummies, the Invisible Man, and witches. Amidst them,  is a human who tries to bridge the world between monsters and humans. A film which is as much about acceptance as Coraline is, this is an extremely sweet movie. 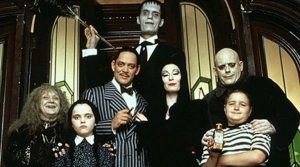 Created by Charles Addams as a cartoon, this was eventually made into a feature film in 1991. A supernatural dark comedy, the Addams family is beloved amongst those who love weird things. Coraline’s animation is dark and weird and the Addams family setting will appeal to that particular sense of aesthetics. The story in itself is about an imposter who tries to rob this wealthy family but gets more than they bargained for. An excellent film will dark comic moments, the Addams family is definitely one household that would fascinate you. 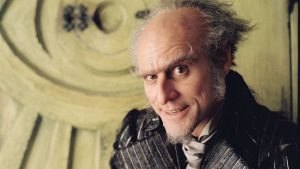 Based on Lemony Snicket’s novel, this dark fantasy comedy film is about Olaf a brutal relative who makes the children go through grueling tasks and tries to take their inheritance away. The three children, Viola, Klaus, and Sunny go through some really near death incidents but eventually emerge unscathed. The ordeal of the children is much alike Coraline’s ordeal against an all looming evil figure. Lauded for its excellent makeup and storytelling, this film is a very enjoyable experience. 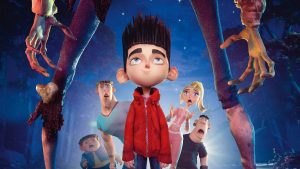 Norman is a boy in Massachusetts who can speak with ghosts. This isn’t a scene from The Sixth Sense. This is actually an animated comedy horror film about a curse of witch which makes dead people rise from their graves. A zombie apocalypse in Boston is prevented by this boy who is initially shunned by his friends and misunderstood by his family but eventually accepted for who he is. A truly touching tale of acceptance much like Coraline’s acceptance by her parents – the boy’s powers being met with disbelief reminds us how Coraline’s own discoveries were shunned by parents. This film is a finely made movie which definitely deserves more mention. 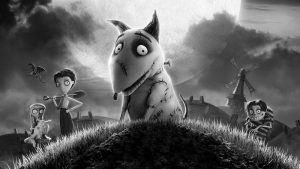 Tim Burton directing an animated film, we know we’re in for some creepy animation. This film, however, is special to those who love their classic monsters. Based on Mary Shelley’s novel this film is both a parody of and a homage to Frankenstein. The plot here is about Sparky, a dead dog who gets reanimated and the ruckus that follows. Coraline and Frankenweenie both have some pretty dark animation which the viewers are bound to notice and beyond the humor of Burton’s film the underlying themes of reanimation and acceptance are pretty serious and will be appreciated by the audience as well. 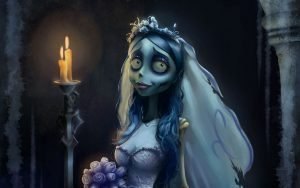 It’s no surprise that this film too would be Tim Burton’s although in all fairness this was a joint direction which included Mike Johnson. A touching tale of love and betrayal, this film was a commercial and critical success and was nominated for the Academy Awards. A tale of love which triumphs death and all possible odds, this film preaches the value of love irrespective of any other material construct. A definite watch which is made somber with the intonations of undead people returning to the land of the loving. However, despite this spooky touch, the film in itself is more sweet than horrific and the dead people play a major motif in the movie. Understandably the film bears Burton’s dark aesthetic but is nonetheless a fabulous watch.

1. The Nightmare Before Christmas 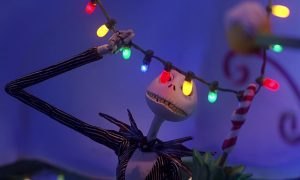 Conceived by Tim Burton and directed by Henry Selick, this film is about belonging in its right place and multiple worlds. These are both themes that resonate in Coraline. The plot of this movie is about Jack who is bored with Halloween and tries to change it by taking over Christmas. However, as the Halloween creatures take over Christmas, they make a mess of things and there are very funny and disastrous consequences. The film in itself has multiple enjoyable elements and the animation is really top notch. It would be a very strong recommendation for viewers who enjoyed Coraline.