7 Movies Like The Greatest Beer Run Ever You Must See 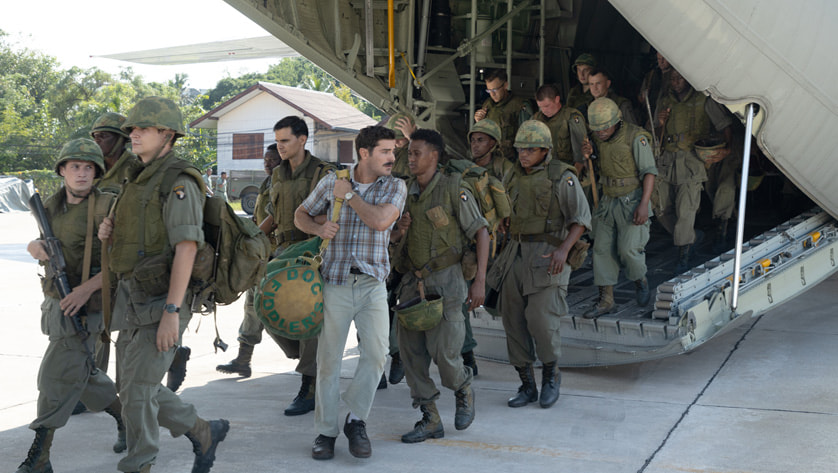 Based on the namesake memoir of Loung Ung, ‘First They Killed My Father’ is a Cambodian–American Khmer-language war drama, which offers the perspective of the victims of the Vietnam War. The film was directed by Ung and Angelina Jolie. After fighting in Vietnam spills into neighboring Cambodia, it leads to a civil war. Thousands of families in the capital suddenly become refugees, including the Ung family. The film documents their struggle to survive and the bitter losses they endure. Like ‘The Greatest Beer Run Ever,’ ‘First They Killed My Father’ relies on jarring imagery to tell a candid story about war.

Oliver Stone’s ‘Platoon’ has an ensemble cast and is the first entry in Stone’s ‘Vietnam’ trilogy (the other two being ‘Born on the Fourth of July’ and ‘Heaven & Earth’ (1993)). Told through the perspective of the US Army Volunteer Chris Taylor (Charlie Sheen), ‘Platoon’ explores the morale of the men who serve alongside Taylor and the morality of the war itself. Like ‘The Greatest Beer Run Ever,’ ‘Platoon’ offers a unique perspective on the war, especially because it is inspired by Stone’s own experiences in the Southeast Asian country.

The second Oliver Stone film on Vietnam on the list, ‘Born on the Fourth of July’ is an anti-war film, which explores the widespread devastation that the war brought to an entire generation. ‘The Greatest Beer Run Ever’ touches on this, though admittedly on a limited scope. The 1989 movie follows Ron Kovic (Tom Cruise), a Vietnam vet who has to use a wheelchair for the rest of his life because of the injuries he suffered in the war. After returning to the US, he increasingly becomes disillusioned and resorts to drinking as a coping mechanism. In time, he becomes a prominent critic of the war. As with ‘The Greatest Beer Run Ever,’ ‘Born on the Fourth of July’ is based on the autobiography of the protagonist.

Based on the 1986 novel of the same name, ‘Forrest Gump’ is cinema at its finest. The film chronicles the epic journey of its unlikely titular protagonist as he navigates the 20th-century US. Forrest (Tom Hanks), who has an IQ of 75, embarks on a journey that puts him in the proximity of many of the important events in recent American history. In the course of the film, we see Forrest achieving fame and fortune, despite his aloofness toward all of it. Chickie’s journey may not be as expansive as Forrest’s but their experiences in Vietnam mirror each other. Neither belongs in the war zone and is forced to accept their circumstances with a certain numbness.

Like ‘The Greatest Beer Run Ever,’ ‘The Motorcycle Diaries’ is about an extraordinary, life-changing journey, though the one who embarks on it is slightly more well known than the humble (but still impressive) Chickie Donohue. Ernesto “Che” Guevara is a controversial figure in the annals of history — revered by some and vilified by others. However, ‘The Motorcycle Diaries,’ based on the 1952 namesake memoir, is set at a time when Ernesto hadn’t become Che yet. The film documents Ernesto and his friend Alberto Granado’s 1952 expedition across South America, which exposes the former to the condition of the people of his continent and greatly influences his actions in the future.

1987 was an exceptional year for cinema. Both ‘Full Metal Jacket’ and the number one entry in this list came out that year, along with other quality films. A Stanley Kubrick masterpiece, ‘Full Metal Jacket’ tells the story of two Marines — J. T. “Joker” Davis and Leonard “Gomer Pyle — following them from the boot camp to the war in Vietnam. ‘The Greatest Beer Run Ever’’ attempts and succeeds to a limited degree in deconstructing the capitalistic patriarchy that served as the foundation for the Vietnam War, while ‘Full Metal Jacket’ delves deep into it, offering an unflinching depiction of the brainwashing that the recruits face at the boot camps and the inhumanity they are instructed to embrace once they get to the war zone.

There are arguably better films on this list, but none of them thematically comes as close to ‘The Greatest Beer Run Ever’ as ‘Good Morning, Vietnam.’ Set in Saigon in 1965 and loosely inspired by a true story, The plot of the latter revolves around Airman Second Class Adrian Cronauer (Robin Williams), who arrives in Vietnam to serve as a DJ for Armed Forces Radio Service. He quickly becomes popular among the soldiers but draws the ire of the higher-ups because of his unconventional approach to his job. Like Chickie in ‘The Greatest Beer Run Ever,’ Adrian is modeled after a real person. Moreover, both these characters are imbued with an inherent optimism, which inevitably influences the people around them.