15 Most Anticipated First-Person Shooter Games of 2019 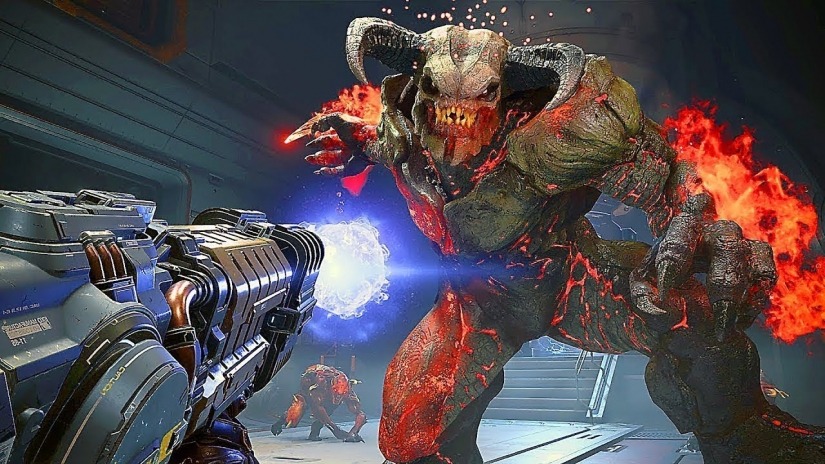 2018 has been a massive year for FPS games and as revealed in the E3 of 2018, we have reason to believe that 2019 is going to be a massive year for FPS games as well. FPS games have always been a staple in the gaming industry ever since the first Wolfenstein released for the PC back in the year 1992 but the genre has lost a bit of traction in recent times due to heavy involvement in other genres. However, it seems like FPS games are all set to dominate the industry again in the coming years as some of the biggest names in the industry have announced working titles under development so without any further here is the list of most anticipated FPS new releases coming out within next few years 2019, 2020. We can only hope that these latest FPS games would be as good as some of the recent ones. 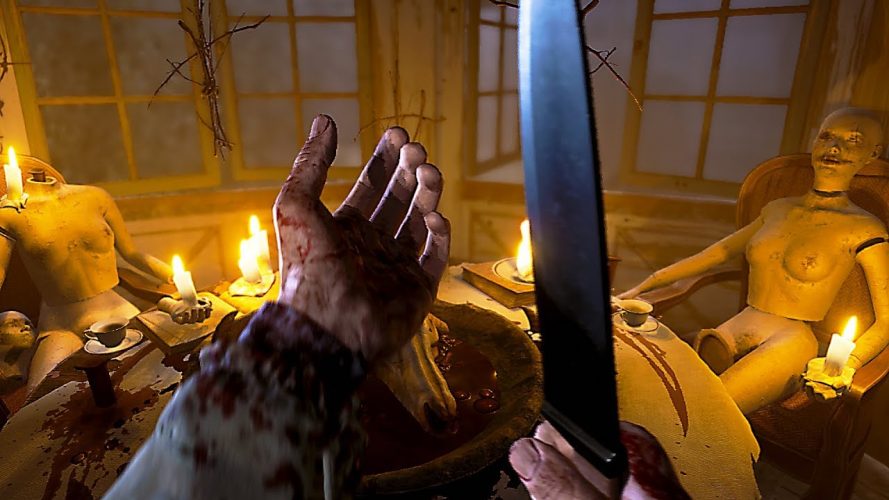 Reborn is an upcoming FPS survival horror game being developed by Knife Entertainment and will be published by the same company sometime in 2019. Though the release date has not yet been confirmed, the various gameplay trailers released for the game in the latest E3 shows some promise for the title. The gameplay is quite unique in the sense that the player will not have to hide from the monsters but instead will be the one chasing them. This aspect has been missing from survival horror games for quite some time and hence we are eager to try out Reborn as soon as it launches. 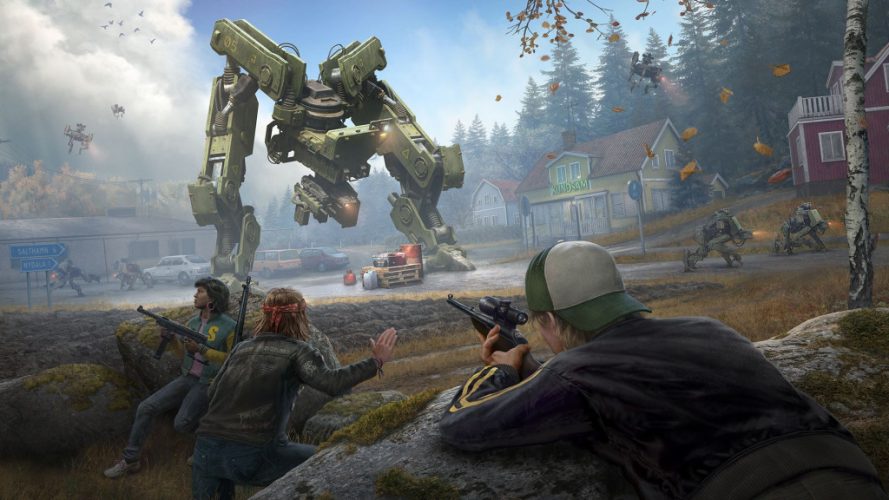 The year’s 1980 and you find yourself in the streets of Sweden. However, the whole of the local population has been wiped out and huge machines of unknown origins roam the streets. Your job is traverse this world in coalition with up to 3 friends and find out what happened to the native population all the while fighting the machines in order to survive. Generation Zero is being developed by Avalanche Studios and the game will be made available for Windows PC, PS4 and the Xbox One on the 26th of March, 2019. If you are a fan of co-op gameplay, then Generation Zero is the game for you. The company has been steadily teasing the community with various new additions to the game and the pre-order for the same is now live.

Half Life was one game that single-handedly changed the scenario of the gaming industry overnight and now we are getting a remake of the same being entirely developed by fans. Now, we do know that fan-made games do not always stand up well against big budget releases but you have to look at the gameplay trailer of this one before jumping to that conclusion. We have all grown up to love Half Life, a FPS title released by Valve first in 1998 and hence we are excited to relive the final episode on full HD. Black Mesa: Xen is being developed by Crowbar Collective and will be made available to fans sometime in 2019.

Hell Let Loose is an upcoming realistic FPS shooter set in World War II. The game is being developed by Black Matter and will be published by Team 17 Digital sometime in 2019. The game will allow players up to a total of 100 to join battles with a dynamic shifting frontline according to the resources and kills generated by players. Strategy and resource management plays an intricate role in the overall experience and as a player you need to understand the strategy being implemented by your team in order to win the battle. The game also provides certain control points where the team controlling the same will be awarded with certain resources. Hell Let Loose lets you experience World War II unlike any game in the past, introducing newer mechanics such as line control and supply chain management. 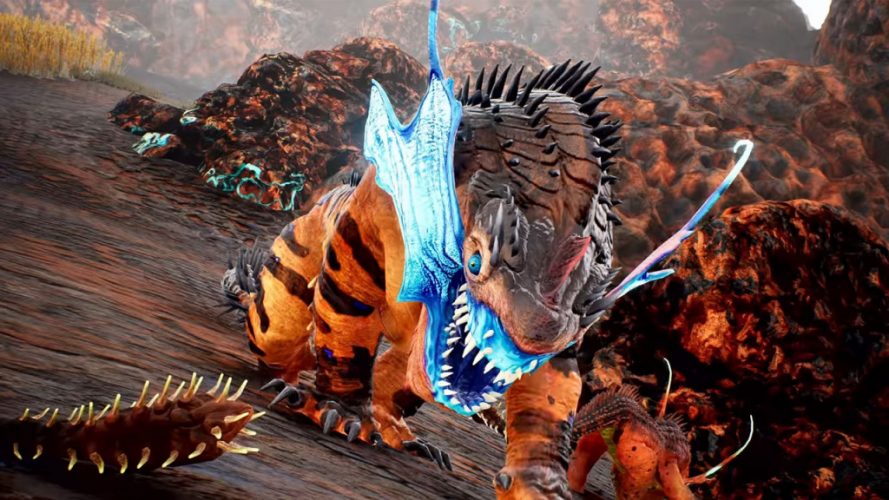 Sci-fi is a recurring theme in FPS shooters and The Outer Worlds is no different. Currently in development by Obsidian Entertainment, the game will be made available for the PC, the Xbox One and the PS4 later this year. In The Outer Worlds, the player is given the option to create a character and then choose an appropriate spaceship for the same. Though the player is not able to control the ship directly, it provides the player with a central hub for going though all available missions and character upgrades. In addition, the ship also provides the player with the ability to fast travel between various points in the map. Various non-playable characters will also be introduced during the course of the game each having its own special abilities and missions. You can choose up to maximum of two characters per mission who will then provide you with a mission and aid you in combat. 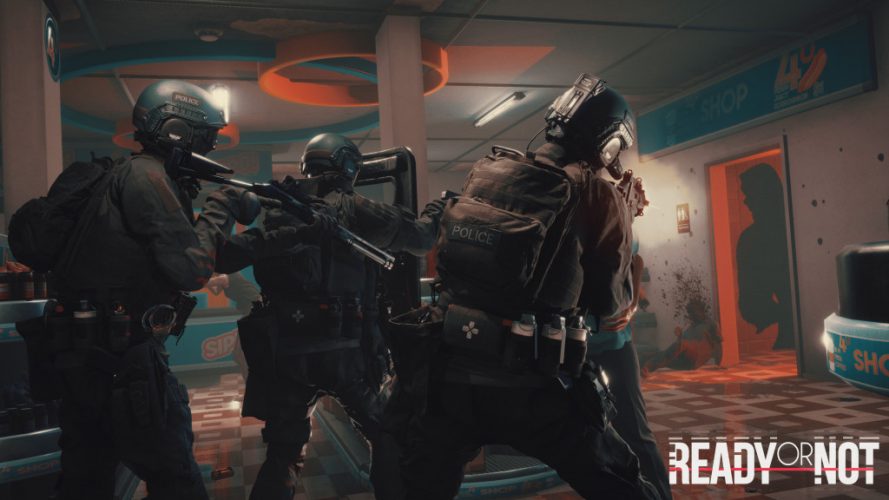 Ready or Not is an upcoming FPS shooter being developed by Void Interactive. Not much is yet known about the development or the release of the game but going by the developer’s insights and the trailers released till date, it seems that the devs have quite an undertaking in their hands. The game will allows players to engage in PvP combat scenarios in a modern American setting as part of a SWAT team. The idea is to engage in combat in the middle of the city and conquer your enemies, a staple for every multiplayer FPS game. However, what sets this game apart from the rest is the single player campaign where you will be given control of AI units, which you can utilize during the course of the mission. 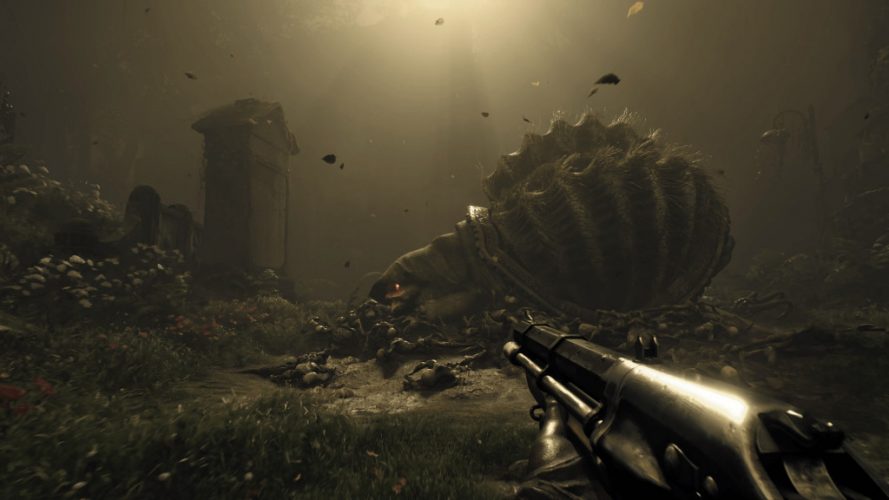 We have been closely following the development of Witchfire for quite some time now since the game was first announced in late 2017 but not much updates have been released lately by the developers of the game, The Astronauts. What we do know is that the game will be set in a fantasy setting allowing the players to fight a plethora of monsters using melee weapons and firearms. The developer behind the massively popular game, Painkiller is working on this project and hence we have reason to believe that the game will be extremely well polished on release. Mastery of the various weapons and the surrounding environment will be crucial to the gameplay which is not entirely story driven but depends on the skills of the player. This is an entirely new concept and we are yet to see exactly how the team implements the system. 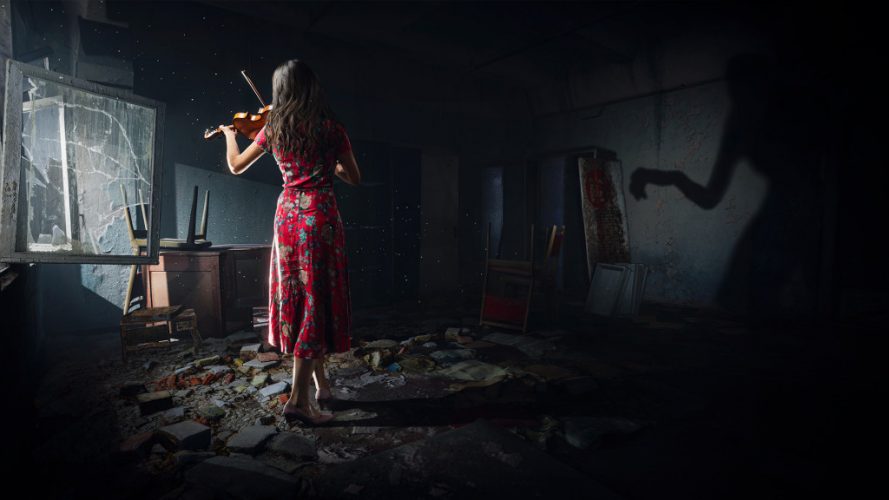 As the title suggests, Chernobylite will be set in the Chernobyl exclusion zone in Ukraine, an area that has been evacuated due to the Chernobyl disaster back in 1986. The site has been the focal point for various movies and games, with the developers and producers showing interest in the abandoned city due to its radioactive nature and post-apocalyptic setting. The game follows the story of a physicist who was working in the area and lost his beloved wife during the disaster. Plagued by his loss, he returns to the exclusion zone in an attempt to find his love and return. However, the environment is extremely hostile and littered with creatures that have mutated due to the heavy radiation. The game is being developed by Farm 51 and will be available for all modern consoles in Q3 of 2019. 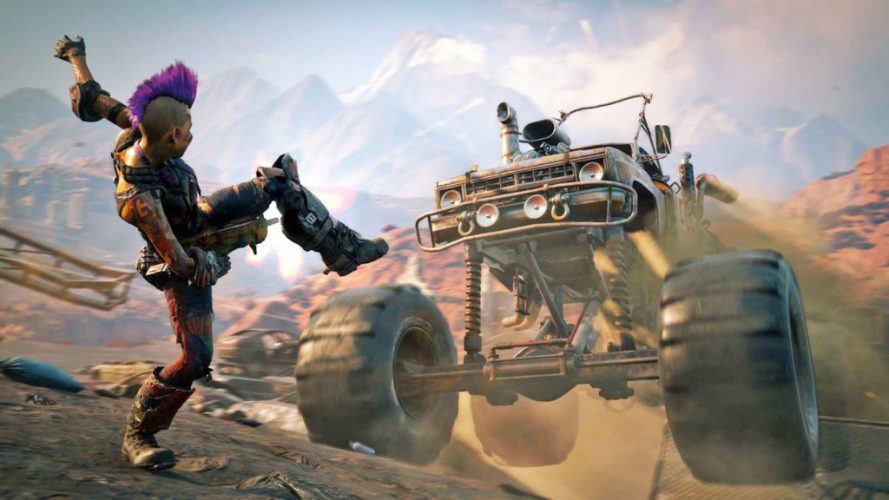 The original Rage was a brilliant FPS game, though many people complained about the lack of a proper storyline and the repetitiveness of the missions but this time around it seems the developers are listening to the community and making the required changes to the game. Quite frankly, the original game was a fine title but the various changes being made to the game now will make it one of the top contenders for the best FPS game of 2019. It should also be mentioned that the game is being developed by Avalanche studios in collaboration with id software, the company responsible for the grand daddy of all FPS shooters, Doom. Rage 2 will also be published by Bethesda Entertainment, another big name in the industry and with such development teams in the process; we can expect a killer of a game when it finally launches on the 14th of May, 2019. Killer! Geddit? 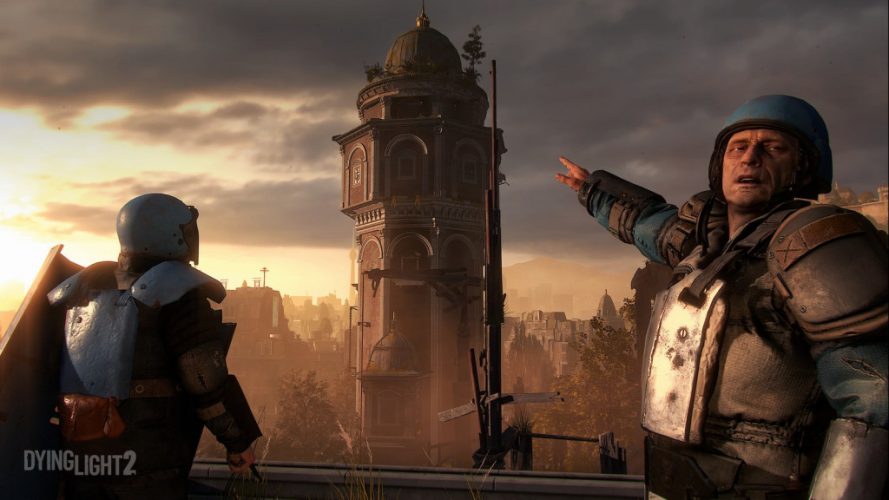 Dying Light was a game that was little known for quite some time but exploded in to the industry upon release. The game was praised for its intense story line and gameplay mechanics. If you don’t yet know about Dying Light, it was a game that was developed by Techland and released in the year 2015 to overwhelming positive reviews. We have been patiently waiting for news on the sequel to the game and Chris Avellone answered our prayers in the latest E3 when he revealed that Dying Light 2 is under development and we can expect it late 2019 or early 2020. Dying Light 2 will be a direct sequel to the previous installment and will allow the player to fight hordes of zombies while rushing about the city. Player decisions also play a major role in the story as each choices made by the player will have an extensive effect on the surrounding environment and gameplay. If you are a fan of FPS games in general, you better watch out for this one. 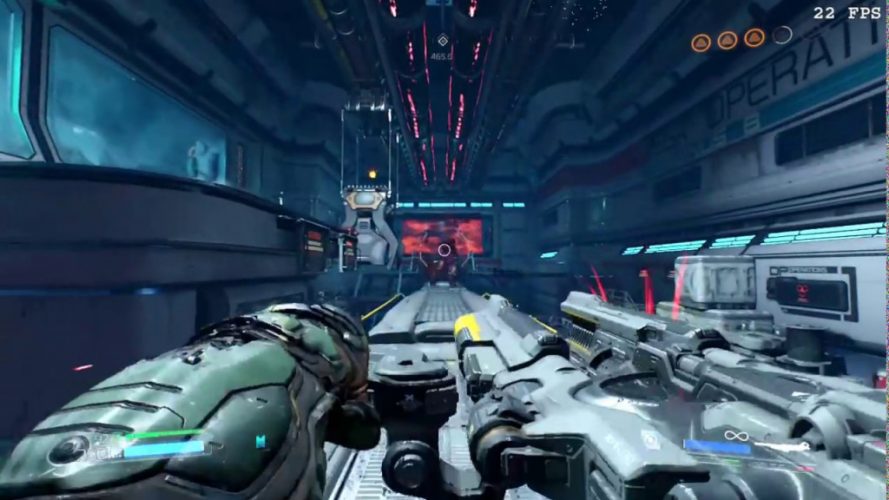 It’s been 12 long years since we received a title in the massively popular Metroid Prime series and it’s no surprise that the whole community went crazy when the latest installment for the series was announced, Metroid Prime 4. Metroid Prime 4 will be a direct sequel to the 2007 game Metroid Prime 3: Corruption and given the legacy of the series, this is going to be one of the best FPS action adventure games of the year. It is being developed by Retro studios and will be published by Nintendo exclusively for the Nintendo Switch.  The game was originally announced in the E3 of 2017 with Bandai Namco developing the game but it was later dumped and given to Retro Studios in January of 2019. 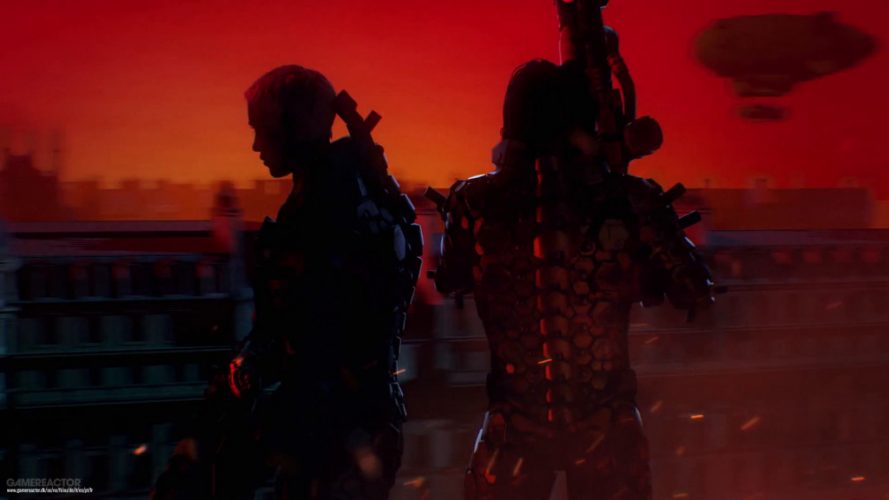 Wolfenstein is often credited as being the first FPS game that brought the genre to mainstream notice so a new installment in the series is a huge deal. The game is being developed by Machine Games and will be a direct sequel to the massively popular Wolfenstein: The New Colossus. Wolfenstein: Young Blood will also be the first game in the series to not feature the regular protagonist, Blazkowicz but introduce new characters and gameplay mechanics. The release date for the game has not yet been confirmed but we shall update you on the same as soon as we receive more news. 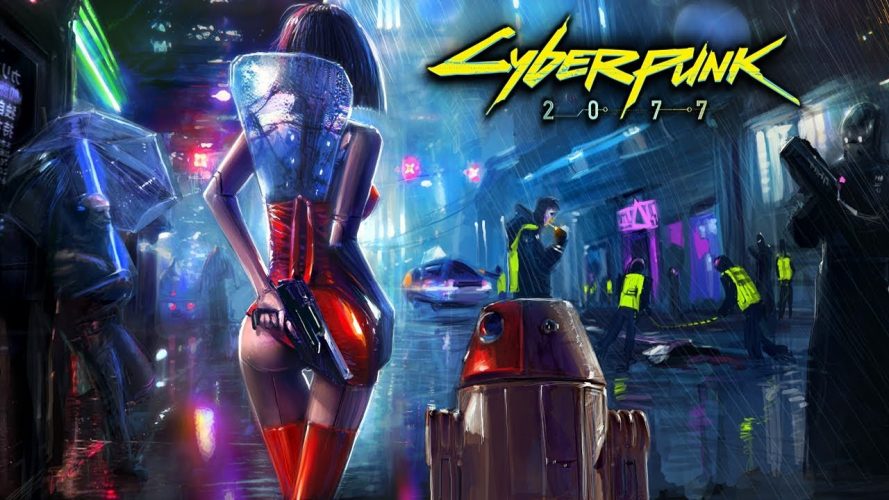 Cyberpunk 2077 is one game that I have been eagerly waiting for ever since the guys at CDProject Red dropped the first trailer. Now if you don’t know much about CDProject Red, they are the guys behind this little known game called The Witcher, that has made headlines all over the world and has won multiple Game of the Year awards from various publications. We also have news that a team far exceeding that of ‘The Witcher 3: The Wild Hunt’ is working on this title, which is an adaptation of the 1988 table-top game Cyberpunk 2020. The devs have also released a 30 minute gameplay trailer introducing various new game mechanics that is bound to change the FPS gaming genre, if implemented correctly. Cyberpunk 2077 is one of the most anticipated titles of 2019 and needless to say, we have our fingers crossed for this one. 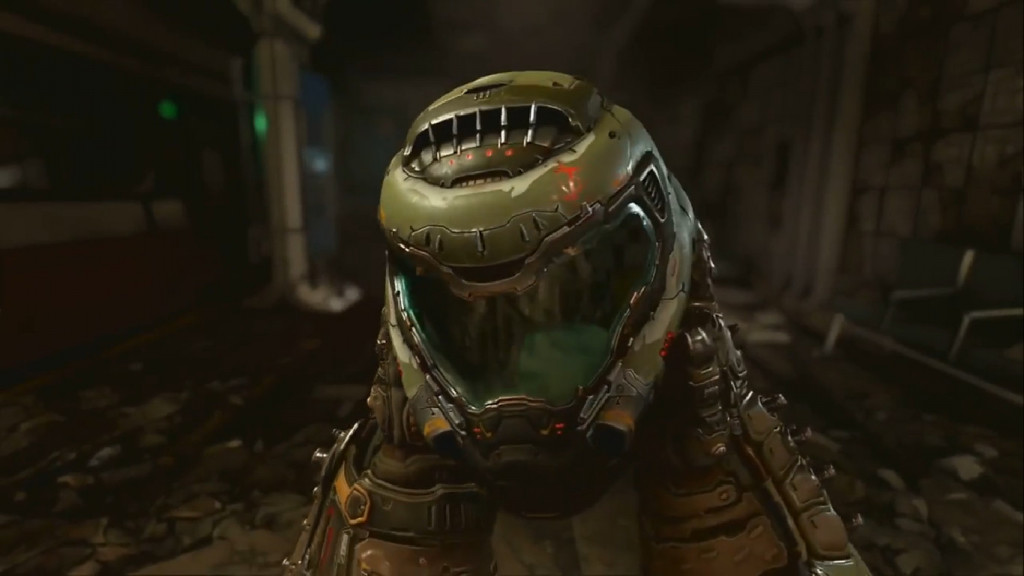 Not much needs to be said about Doom, the game that perfected the FPS genre and influenced a whole generation of games dubbed as Doom clones. To be fair, if you are playing a FPS game right now, chances are that the game borrows most of the gameplay mechanics from the original Doom, a game that was released way back in 1993. Doom: Eternal will be the latest title in the franchise and will be a direct sequel to the 2016 game, simply called Doom. A release date has not yet been confirmed by the developers, but going by their previous development cycles, late 2019 or early 2020 seems like a safe bet.