Only Murders in the Building Season 2 Episode 6 Recap and Ending, Explained 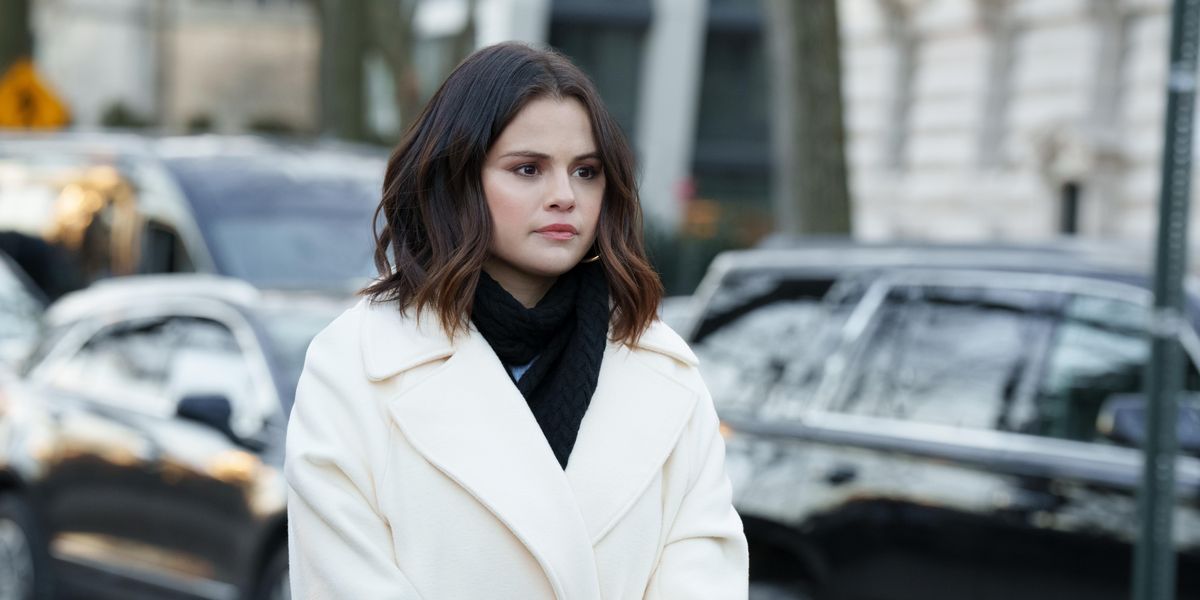 ‘Only Murders in the Building‘ season 2 blends the mystery of Bunny Folger’s death with some compelling humor and hysterical moments. The sixth episode, titled ‘Performance Review,’ gives a new dimension to the recurring characters Cinda Canning and her assistant, Poppy. Meanwhile, Mabel finds herself sucked deeper into the conspiracy of implicating her in Bunny’s murder. If you wish to catch up on the episode’s events and seek an explanation about its ending, here is everything you need to know about ‘Only Murders in the Building’ season 2 episode 6! SPOILERS AHEAD!

Only Murders in the Building Season 2 Episode 6 Recap

The sixth episode, titled ‘Performance Review,’ opens with a narration from Poppy, who highlights how everyone creates stories in their heads to get them through the strifes of life. Meanwhile, a man named Jimmy arrives in Cinda Canning’s office to record an episode for her podcast about Charles, Mabel, and Oliver. Jimmy worked with Mabel and had a violent experience with her. Mabel’s relationship with Alice progresses, but she refrains from sharing details about her past with her new girlfriend. Charles continues talking with Jan and is roped back into a relationship with her. Oliver decides to take a test to reveal the truth about his son’s parentage.

On the sets of the Brazzos reboot, Charles films a scene while Mabel, Lucy, and Oliver are present. During their conversation, Mabel realizes that the matchbox she found in the secret passageway has partial DNA and fingerprints. The trio decides to get Detective Williams’ help in using the evidence to get to Bunny’s killer. Charles realized that Williams had texted him and the trio to get out of the building on the night Bunny died. Therefore, he still has her number, and Mabel uses it to set up a meeting.

However, the trio is called to the Arconia by Detective Kreps. Cinda is also present on the scene, and Kreps warns the two groups of podcasters to stop their podcasts as it is creating problems in the investigation. Nonetheless, Cinda insists that she will continue her podcast. Mabel advises Poppy to stand up to Cinda’s mistreatment and seeks her help in removing Jimmy’s interview from Cinda’s podcast.

Kreps reveals that Detective Williams is in Denver. Hence, it is evident that the person the trio is texting isn’t Detective Williams. Charles, Oliver, and Mabel create a trap to catch the mysterious person after they arrive to collect the evidence. However, the trio’s plan backfires after the glitter bomb they had set up explodes without their knowledge. Mabel is frustrated at Charles for continuing his relationship with Jan despite knowing that she killed her friend. A distraught Mabel returns to her apartment only to find Alice recreating Bunny’s death for one of her projects. In the end, Mabel experiences another tragic event while Olive uses his stunt double, Sazz’s help to break up with Jan.

Only Murders in the Building Season 2 Episode 6 Ending: Is Cinda Canning the Killer?

In the episode’s final moments, Mabel receives a call from Poppy. After Cinda turns down her request for a promotion, Poppy decides to out Cinda’s secrets. Earlier in the episode, Cinda claims that she is willing to do anything to tell a compelling story. Hence, she does not care much for the truth and will only use narratives that will make her podcast a hit. Moreover, Poppy’s words indicate that Cinda may have been manipulating the events from behind the scenes.

As a result, she might be trying to frame Charles, Mabel, and Oliver in Bunny’s murder as it makes for a fascinating storyline. Furthermore, the trio is her direct competitor, and Cinda might be trying to get rid of them by blaming them for a heinous crime. In the episode’s final moments, Mabel runs into the mysterious texter on the subway. A video is circulated of the person being butchered by Mabel. The scenes are juxtaposed against Poppy’s words that paint Cinda in a bad light.

Therefore, the episode’s ending strongly implies that Cinda might have had a hand in Bunny Folger’s death. While the twist would be a compelling one, it is unlikely that Cinda killed Bunny and implicated Charles, Mabel, and Oliver in the case to just create a podcast around it. All things said, Cinda is certainly hiding some dark secrets, but she is unlikely to be Bunny’s killer. Nonetheless, she might be the one trying to frame the trio in the case.

Read More: Only Murders in the Building Season 2 Episode 5 Recap and Ending, Explained