Only Murders in the Building Season 2 Finale Recap and Ending, Explained 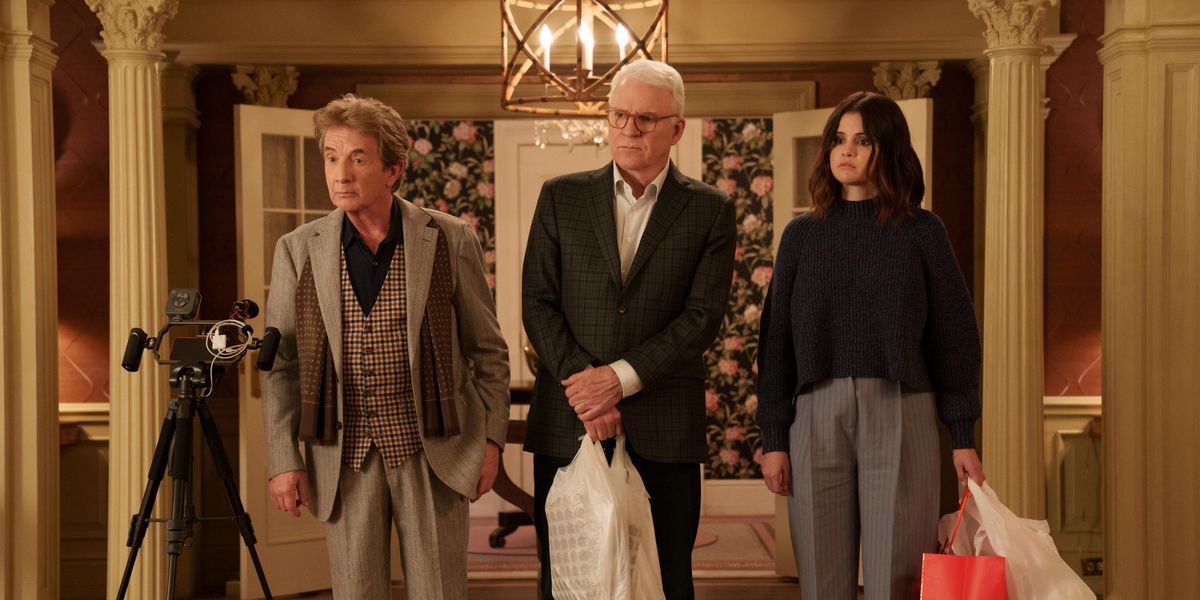 The second season of ‘Only Murders in the Building‘ concludes by finally adding the last piece of the puzzle and unraveling the truth about Bunny Folger’s death. The season finale, titled ‘I Know Who Did It,’ follows Charles, Mabel, and Oliver, as their investigation takes another twist when they try to target Cinda Canning. However, a crucial but overlooked clue pushes the trio in the killer’s direction. If you are wondering whether the trio solves Bunny’s murder and clears their names, here is everything you need to know about the ending of ‘Only Murders in the Building’ season 2 episode 10! SPOILERS AHEAD!

Only Murders in the Building Season 2 Finale Recap

The tenth and final episode of ‘Only Murders in the Building’ season 2, titled ‘I Know That,’ opens with Poppy explaining her past as Beck Butler through flashbacks. She had an ordinary life and worked for the Chickasha Mayor in Oklahoma. However, fed up with her life, she formulated a story of her disappearance and pitched it to Cinda Canning. Eventually, Cinda framed the mayor, and her podcasting career took off.

In the present, Mabel tells Charles and Oliver that Cinda is a fraud and she did not solve the Becky Bulter case as Becky is still alive. After some deliberation, the trio concludes that Cinda murdered Bunny and tries to frame the trio for making another hit podcast. Hence, Charles, Mabel, and Oliver formulate a plan to get a confession out of Cinda. The trio invites Becky, aka Poppy, to The Pickle Diner, where they seek ways to crack Cinda. Poppy reveals that Cinda dislikes when people move in slow motion.

Eventually, the trio gathered all their neighbors in Bunny’s apartment to reveal the killer’s identity. Charles, Mabel, and Oliver believe that they have cracked the cast. Cinda is also present on the scene, eagerly anticipating answers, unaware that she is the trio’s prime suspect. At their killer reveal party, the trio presents their findings and performs a little theatrical act for drama. The group accuses Cinda of killing Bunny, using Detective Kreps ‘ help to cover up the murder, and blaming Charles, Mabel, and Oliver.

However, at the last moment, Mabel accuses Alice of being the actual killer as she is an artist and has an interest in the expensive Rose Cooper painting Bunny owned. With confusion swiftly taking over the room, Alice tries to attack Mabel and make a run for her life. Charles intervenes and is stabbed by Alice. Nonetheless, it is all a grand performance crafted to lure out the real killer with them suspecting that the trio has caught on to their identity.

Only Murders in the Building Season 2 Finale Ending: Who Killed Bunny Folger?

After Charles’ supposed death, the police arrive on the scene as Cinda consoles Mabel and commends her investigation skills. She offers to produce a podcast starring Mabel. The offer is enough for Poppy to crack and jump into the conversation. Poppy gets angry at Cinda for overlooking her contributions. Poppy lets slip that she was the one who presented the idea of covering the disappearance of Rose Cooper and her panting. Poppy begins sneezing in Mrs. Gambolini’s presence, and Mabel remembers that the killer also sneezed in the passageway the night Bunny died. Moreover, Poppy accidentally reveals running into Lucy in the passageway.

Cinda reveals that she knows Poppy’s real identity and has been working with Charles, Mabel, and Oliver to reveal her true face. With no defense left, poppy admits to killing Bunny and blaming the trio for the sake of making a popular podcast. Mabel reveals that she caught on to Poppy after Detective Williams told her that she found the fingerprints of a dead girl from Oklahoma on the murder weapon. Lastly, Mabel realizes that 14 Savage, Bunny’s last words to her, refer to the sandwich that Poppy orders at The Pickle Dinner.

The same is confirmed when the trio speaks with Poppy to coax a confession out of Cinda. Hence, Charles, Mabel, and Oliver work with others, including Cinda, to stage an act that will force Poppy to drop her act and confess to killing Bunny. Ultimately, the case is solved, and Poppy, aka Becky Butler, is arrested for Bunny Folger’s murder. Cinda and the trio conclude their podcasts. Mabel redecorates her apartment with Alice while Charles asks Joy out on a date. Oliver tells Will about his real father, but Will is unwilling to accept anyone other than Oliver as his father.

What Happens at Oliver’s Broadway Play?

In the episode’s climax, Oliver receives a phone call. He is offered a chance to direct a Broadway musical, making his grand return to the stage. The scene then shifts a year into the future as Oliver’s play holds its opening night performance. We see Oliver speaking to the play’s star, Ben Glenroy (Paul Rudd), who appears to be nervous about the opening performance. Later, Charles says with Ben moments before the curtain goes off the stage. The duo’s interaction hints at hostility as they both evidently dislike each other.

Meanwhile, Mabel, Joy, Oliver, and Lucy sit in the audience, waiting for the play to start. After a difficult conversation, Charles gives Ben a warning before walking backstage. Soon, the curtains are pulled, and Ben prepares for the play to commence. However, just as Ben delivers his first lines, he freezes. Moments later, he collapses onto the floor, and the backstage staff rushes to his help, but it is too late as Ben is already dead. The episode closes out with Mabel and Oliver watching as Charles is present by Ben’s dead body.

Thus, the finale ends with a shocking conclusion that creates another riveting mystery for Charles, Mabel, and Oliver to solve. The final moments introduce the character of Ben, who is the victim in the latest murder case that the trio will be solving. His brief interactions with the other characters strongly indicate foul play, and his death is undoubtedly the most complex case we have seen yet. Hence, it will be interesting to watch Charles, Mabel, and Oliver undertake a new case that is unlike anything they have faced before.

Read More: Only Murders in the Building Season 2 Episode 9 Recap and Ending, Explained