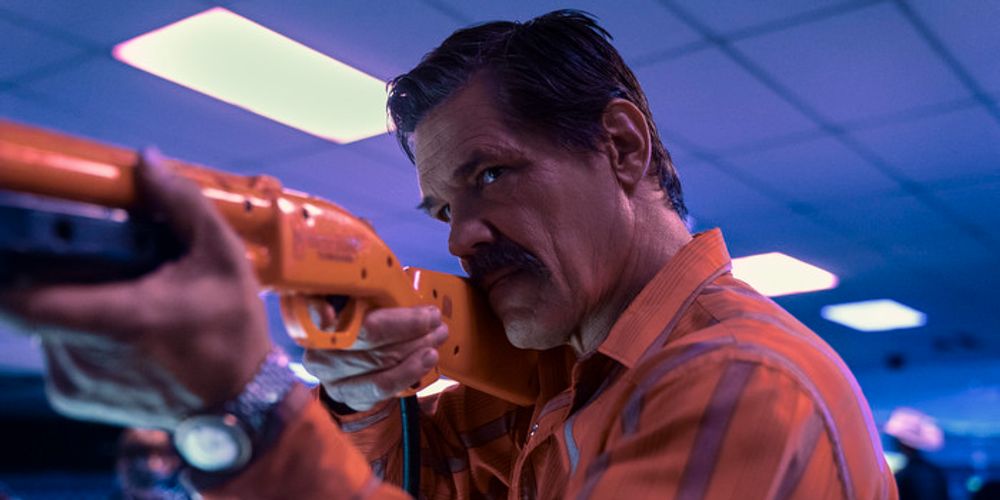 ‘Outer Range‘ reaches the final stretch of its debut season with a two-episode finale event that spells bad news for the Abbott family. In the seventh episode, titled ‘The Unknown,’ the Abbotts deal with the fallout from Perry confessing to killing Trevor. Meanwhile, Autumn puts the final stage of her plan into motion.

In the eighth and final episode of the season, titled ‘The West,’ a series of unthinkable events shatter the Abbott family. Naturally, viewers must be curious to learn more about the fate of the Abbotts, Autumn, and the truth about the black void. In that case, allow us to answer your questions regarding the ‘Outer Range’ finale! SPOILERS AHEAD!

‘The Unknown’ opens with a flashback to Perry’s childhood when he fought with Trevor. In the present, Perry confesses to killing Trevor Tillerson. However, when Deputy Sheriff Joy asks him whether his family was involved in the murder and the cover-up, he denies it. Perry also denies knowing anything about his wife Rebecca’s disappearance. Perry is arrested, but the Abbotts bail him out by putting up their land as collateral. Autumn plots her next move and asks Billy to kill Royal. He tracks down Royal but fails to kill the Abbott patriarch. Autumn speaks with Perry and reveals the truth about Royal to him.

In the end, Perry and Royal have a conversation besides the black void. Royal reveals that he was born in 1886. A flashback reveals that when he was eight years old, Royal accidentally killed his father. At the same time, the black void opened up. He jumped into the void and arrived on the Abbott family’s land in 1968. Figuring that the black void can protect him like it protected his father, Perry jumps into the hole. However, the hole vanishes after Perry jumps, leaving Royal heartbroken.

The eighth episode, called ‘The West,’ opens with Joy discovering a herd of bison roaming on a large pasture. Meanwhile, Perry tumbles through the black void. Royal decides to kill Autumn while Luke searches for the mineral on Abbotts’ land. Cecilia grows concerned for Perry as Rhett prepares for his rodeo event. Royal arrives at the rodeo event and tries to tell Rhett the truth about his past and the Abbott family’s land. However, the two end up arguing.

During the rodeo, Amy runs into Rebecca, who takes her away from the ranch. Believing that Amy has gone missing, Cecilia frantically searches for her. When she fails to find her granddaughter, Cecilia has an emotional breakdown. After winning the rodeo, Rhett decides to leave the town with Maria. Autumn and Billy engage in a climactic shootout with Royal. Meanwhile, Luke discovers the mineral and opens a smaller black void. In the end, Royal learns a shocking truth about Autumn.

Outer Range Ending: Are Autumn and Amy the Same Person?

In the episode’s final moments, Autumn calls Royal to an empty spot and opens fire on him. Royal fights back, and a shootout ensues. Billy and Autumn try to get away in Billy’s truck. Royal pursues them in his car. During the shootout, Royal’s bullet hits Billy in the throat, instantly killing him. Billy’s truck crashes, leaving Autumn injured. At the same time, the bison herd emerges from the void opened by Luke. The herd makes its way to the main road, where Royal is tailing Autumn. Royal hides under his car while the herd crushes Autumn. After the herd is gone, Royal checks in on Autumn and realizes that she has the same scar on her forehead as Amy.

Royal soon puts all the clues together and realizes that Autumn is a grown-up version of Amy from another timeline. This revelation raises more questions than answers. While Royal jumped into the void and traveled forward in time during his childhood, the opposite seems to be the case for Autumn. In the end, Royal brings an injured Autumn to his home. Earlier in the episode, Autumn proclaims herself as the “Mother of Undying Time.” Therefore, it is evident that she shares a connection with the void and its time-traveling abilities. However, how she ended up in this period and why she resents Royal remains a mystery for now.

Where Is Joy? Is the Black Void Gone?

The black void’s presence on the Abbott family’s land is the prevailing mystery of the show’s first season. The seventh episode makes another shocking revelation about the void as viewers learn that the mysterious hole has existed for centuries. Furthermore, Royal has known about the black void for decades. However, after Perry jumps into the void, it seemingly disappears. Royal tries to warn him that the hole is different from the one he jumped in. Therefore, it is evident that the black void appears and disappears periodically.

The void’s presence is connected to the soil of the Abbotts’ land, which seems to hold a unique mineral. The mineral grants the void its time-traveling powers. In the season finale, Luke unearths the mineral and inadvertently opens a small void in the earth. The herd of bison emerges from the void. The same herd is seen when Joy investigates Frank’s land. According to Frank, some strange and inexplicable events occurred on his land. Joy witnesses this earlier when the mountain on which Trevor’s body is found disappears briefly before reappearing.

Hence, it is safe to say that Joy is in a different reality when she encounters the herd. Ultimately, the void opened by Luke provides the herd with a gateway to the present. The void can be opened again as long as the mineral exists. In the episode’s closing moments, Royal resolves to put his family back together. Therefore, it is likely that he plans to use the mineral to open another void in hopes of fixing the events that led to his family’s separation.