One of the best true-crime podcasts of recent years, ‘Up and Vanished’ follows the cold cases that had been abandoned years ago. Documentary filmmaker Payne Lindsey uses his investigative skills to find out what really happened and if there is any scope at all for finding closure to these tragedies. He succeeds, to some extent. This podcast gained more recognition after a decade long-cold case of Tara Grinstead was solved months after the podcast aired. If you loved ‘Up and Vanished’ and are looking for similar podcasts, then we’ve got you covered. Here’s the list of best podcasts similar to ‘Up and Vanished’ that are our recommendations. You can watch several of these podcasts like ‘Up and Vanished’ on iTunes, Stitcher, Spotify or even YouTube for free: 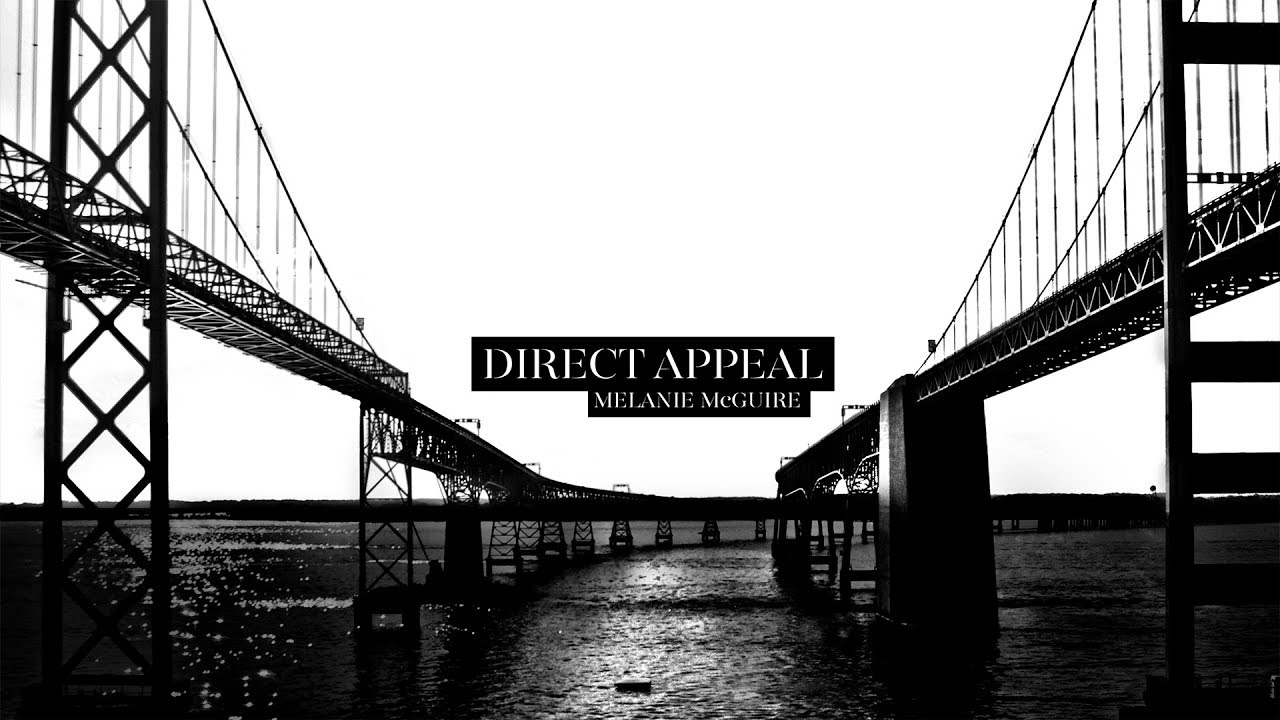 Melanie McGuire’s husband’s body was found in three suitcases, dismembered, a sight that would repulse any sane human. But for her, this wasn’t the biggest shock of her life; it was when the cops accused her of the murder that she was devastated. Things got even worse for her when she was found guilty, and that too based entirely on circumstantial evidence. It has been thirteen years now and Melanie, still in jail, maintains her innocence. This podcast has two criminologists study her case and see how strong a case actually was against her. You can listen to all episodes of this podcast here. 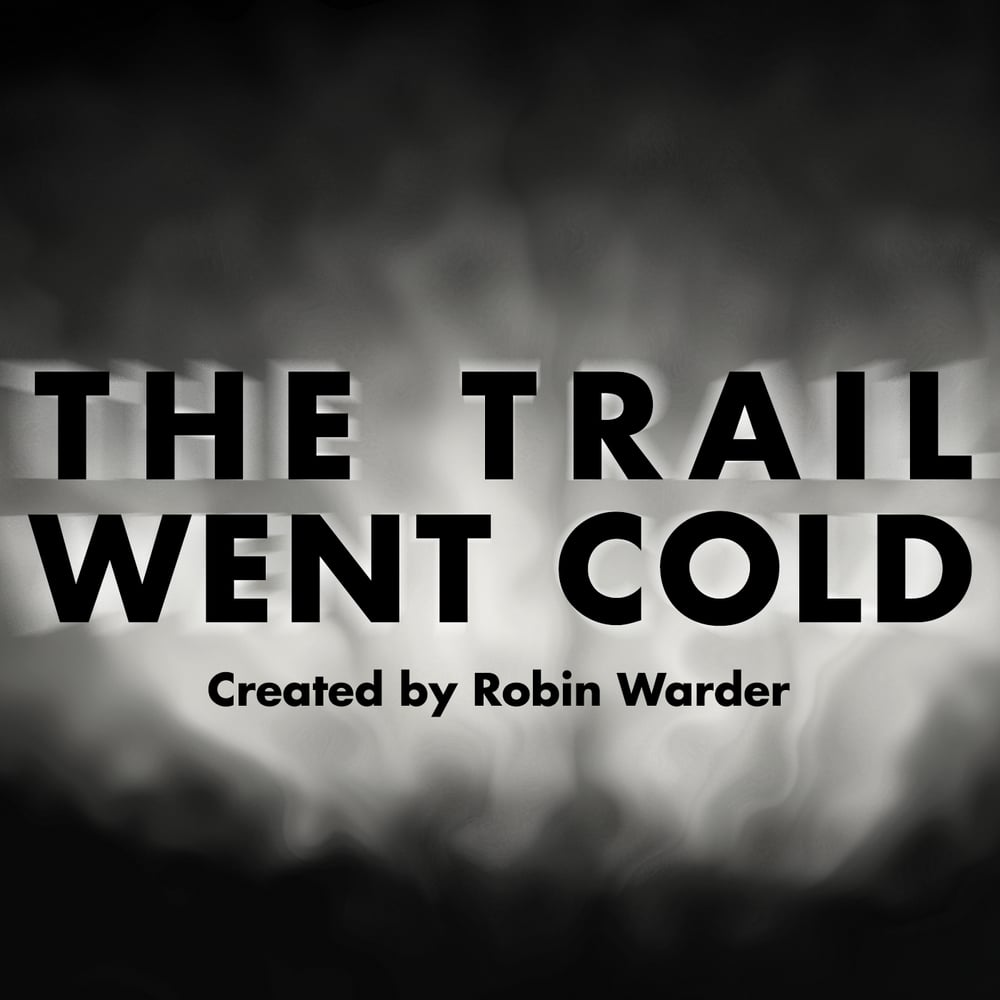 The number of people that go missing every year is shockingly overwhelming. There are podcasts that cover some of the most famous cases, but what about the hundreds of others? In its every episode, ‘The Trail Went Cold’ tells you about an unsolved missing person case — who was the person, when did they go missing, how far ahead did the cops go in their investigation and if there is any chance to ever find them at all! You can listen to all episodes of this podcast here. 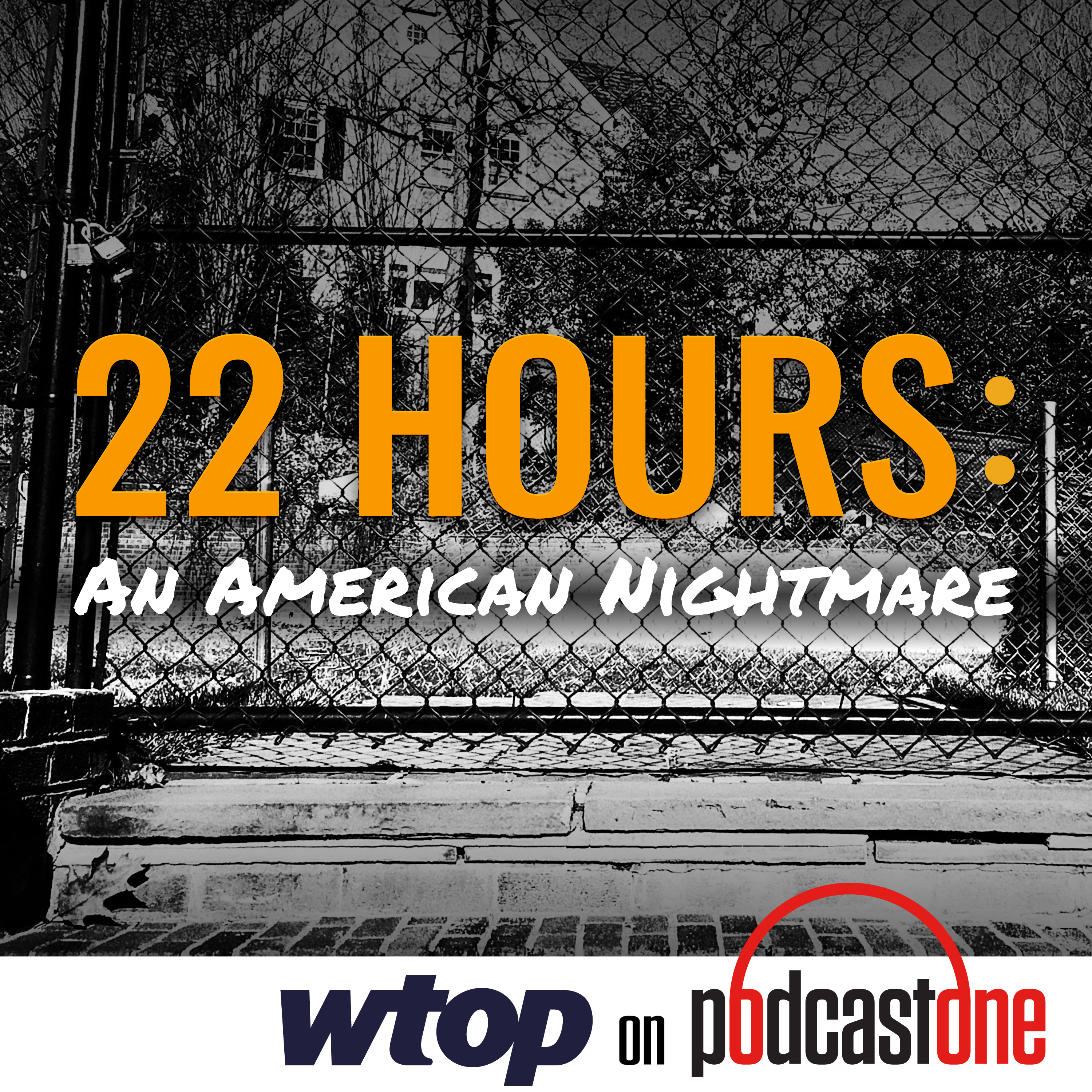 It happened in 2015 in Washington DC. Smoke was detected outside one of the houses on Woodland Drive. For the next 22 hours, the mansion had a couple, their 10-year-old son and their housekeeper in the captivity of a maniac. As the house burnt, the captor tortured and murdered his hostages. Why did he do that? What did he want? If he wanted to kill them, why such brutality? This podcast looks into the case and traces the footsteps of the cops to find out what finally led them to the killer. You can listen to all episodes of the podcast here. 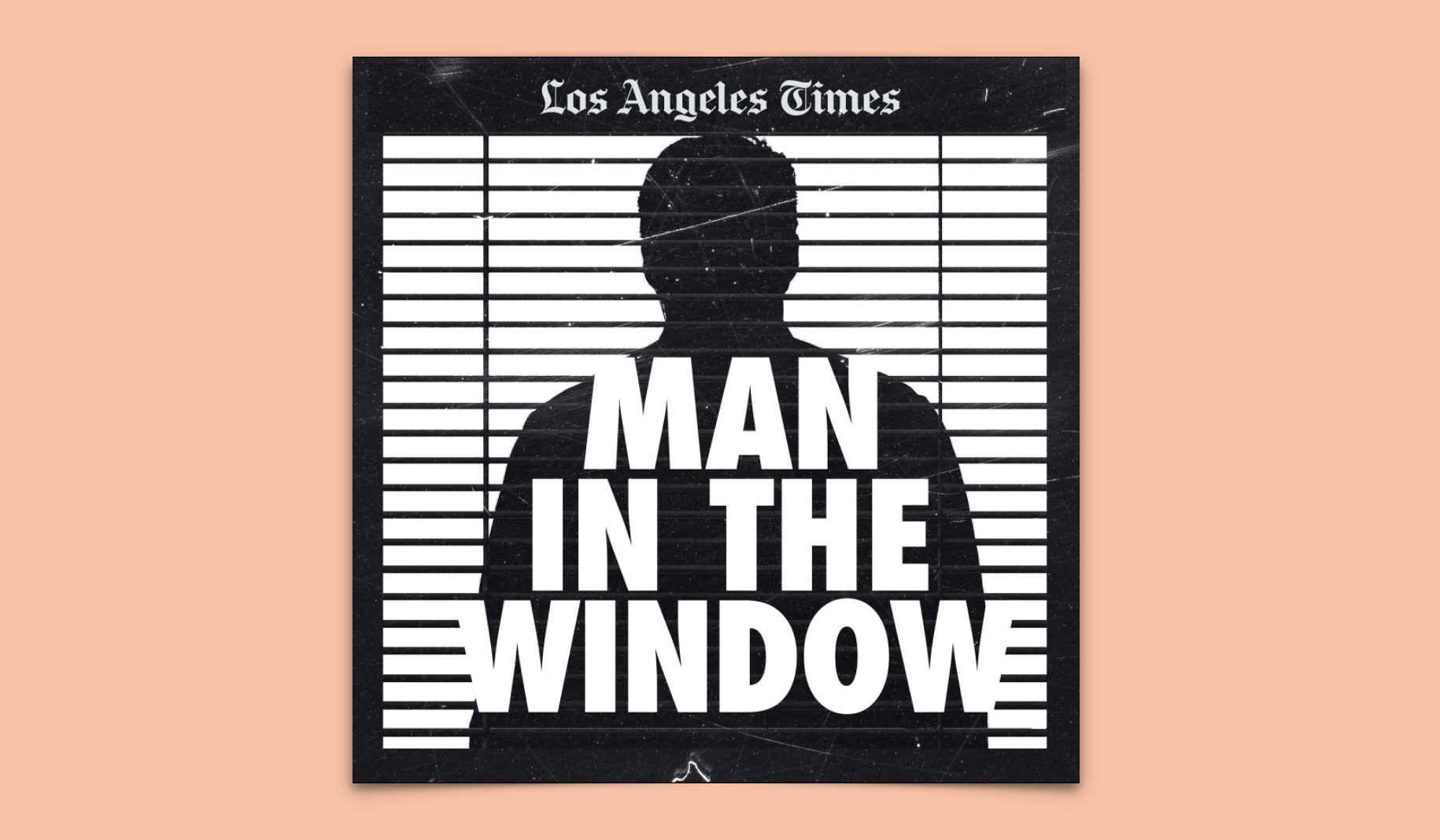 From 1974 to 1986, California witnessed the spree of a man who killed and raped and earned three different nicknames. It took a while for the cops to realise that it was all the doing of one man. By then, he had already killed 13 people and committed 50 rapes, not to forget over 100 burglaries. For years, he taunted the police and loomed around to threaten the victims before getting caught in 2018. What took so long to apprehend him? And when they did catch, what was it that gave him away? You can listen to all episodes of this podcast here. 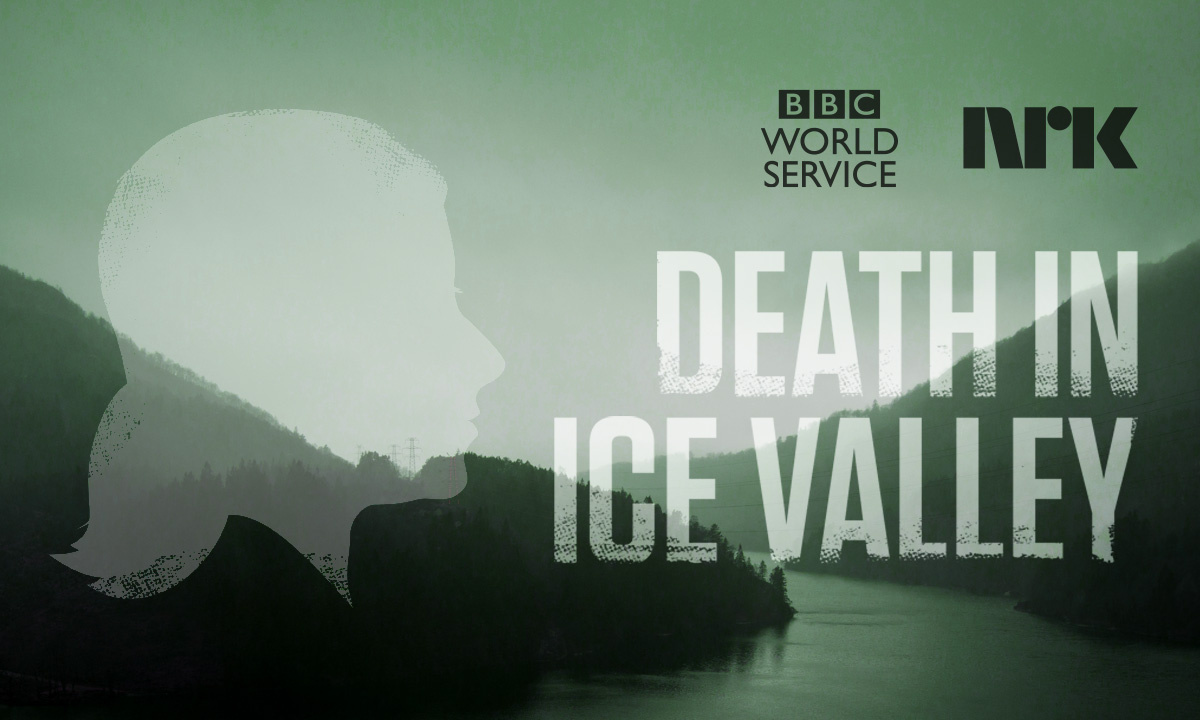 1970, Norway. A man went hiking in the Ice Valley, also called “Death Valley”, with his two daughters. In the middle of the woods, one of the girls smelled something charred and followed the smell to discover a horrific sight: the body of a woman. It has been about fifty years now and her identity is still a secret. Who could have been this woman and what led to her murder? The Isdal Woman case remains one of the most well-known unsolved cases in Norway. This podcast gets into the depth of it. You can listen to all episodes of ‘Death in Ice Valley’ here. 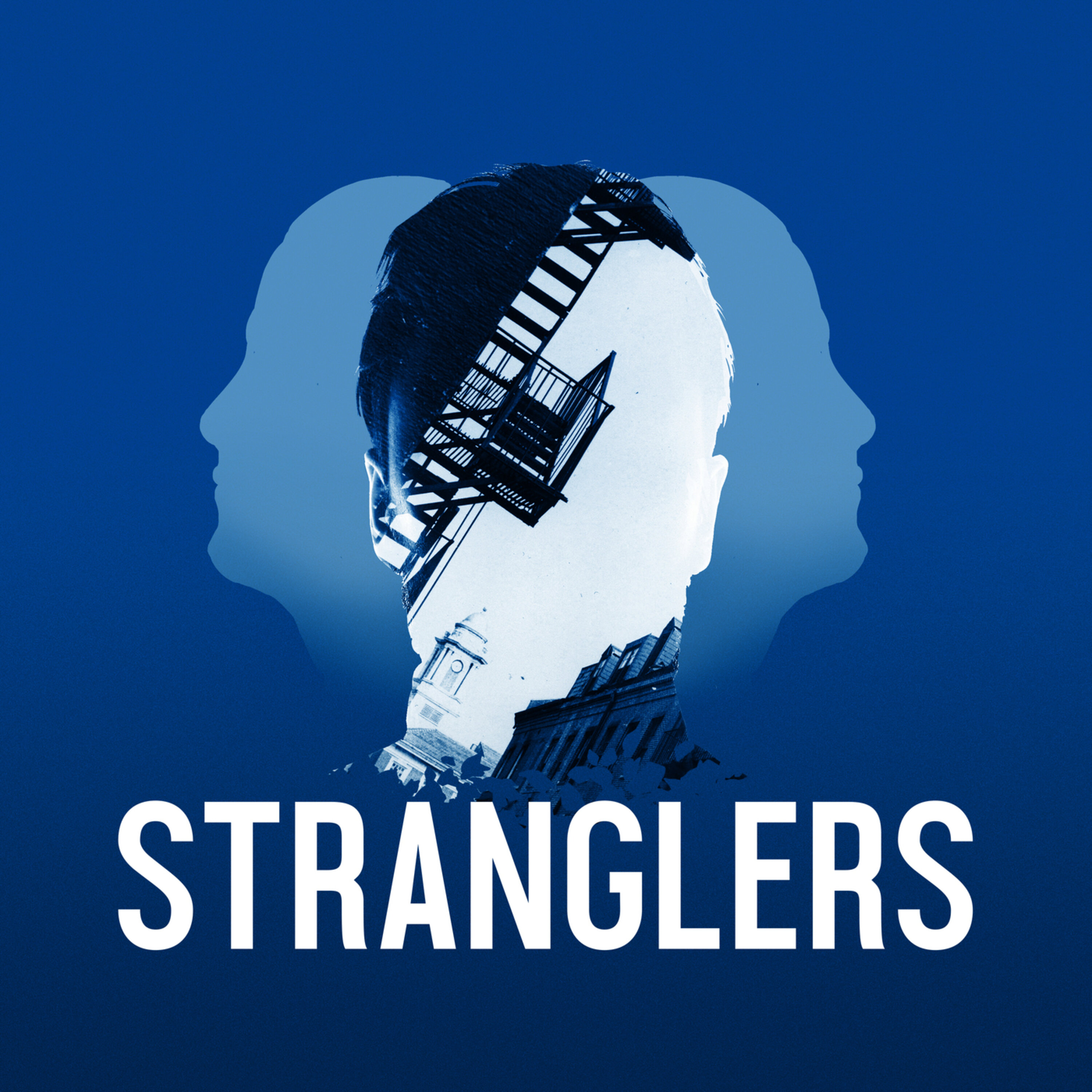 Boston was terrorised by a murdering maniac from June 1962 to January 1964. His target was women. Known for committing at least 13 of those murders, his signature was sexual assault followed by a dramatic staging of the bodies. After an exhaustive manhunt, Albert DeSalvo confessed to the crime. But, and here’s the shock, he was never tried for it. It has been 50 years now and as more and more people have nit-picked the case, they have found several anomalies. Why did the cops let DeSalvo go? Was it because they knew that he wasn’t the only Strangler? You can listen to all episodes of this podcast here. 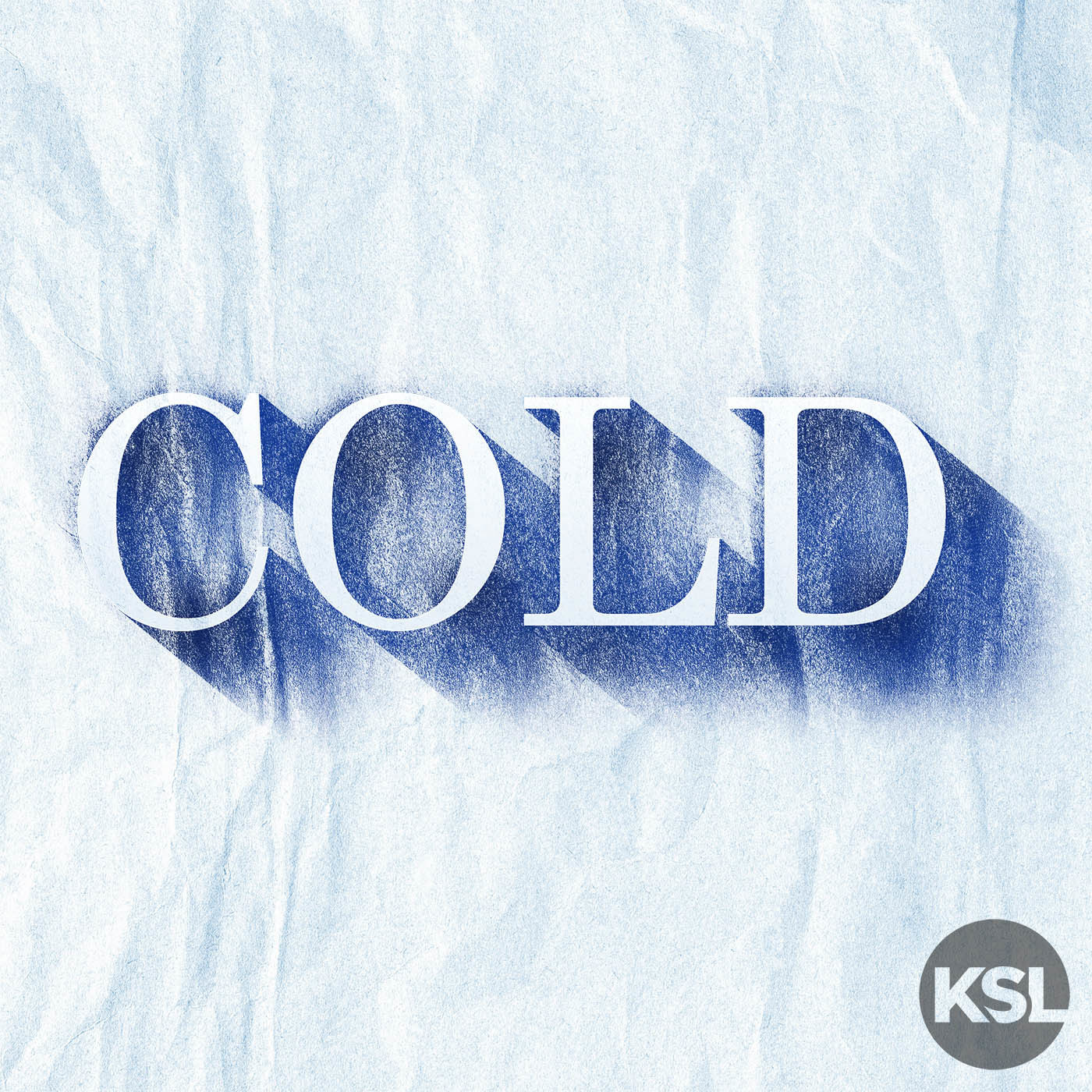 When Susan Powell vanished into thin air, the people close to her suspected her husband Josh. He had been an abusive husband and everyone was convinced that if anything had happened to Susan, it was because of him. The police too suspected him and tried to prove him guilty, but that became very difficult because Susan’s body was never found. This podcast looks into her story, her life in an abusive relationship and what happened to her children. You can listen to all episodes of this podcast here. 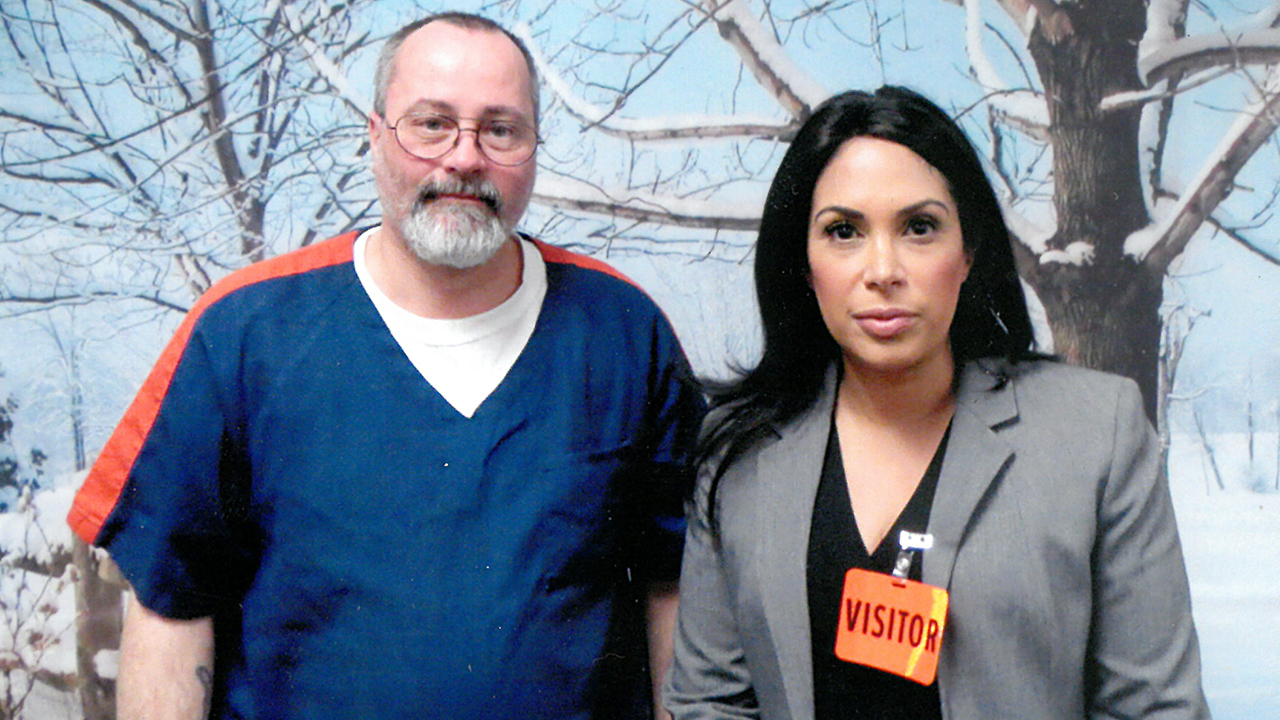 Every season of ‘Shattered’ follows a different story, all about the true stories that will shake you to the core. The first season looks into the disappearance of three boys, the main suspect being their father. But the case never really came to a close. The second season looks into the story of White Boy Rick, the youngest informant for FBI whom they abandoned after he had served his purpose. The third season looks into the case of Oakland County Child Killer who was active in the mid-70s. You can listen to all episodes of this podcast here. 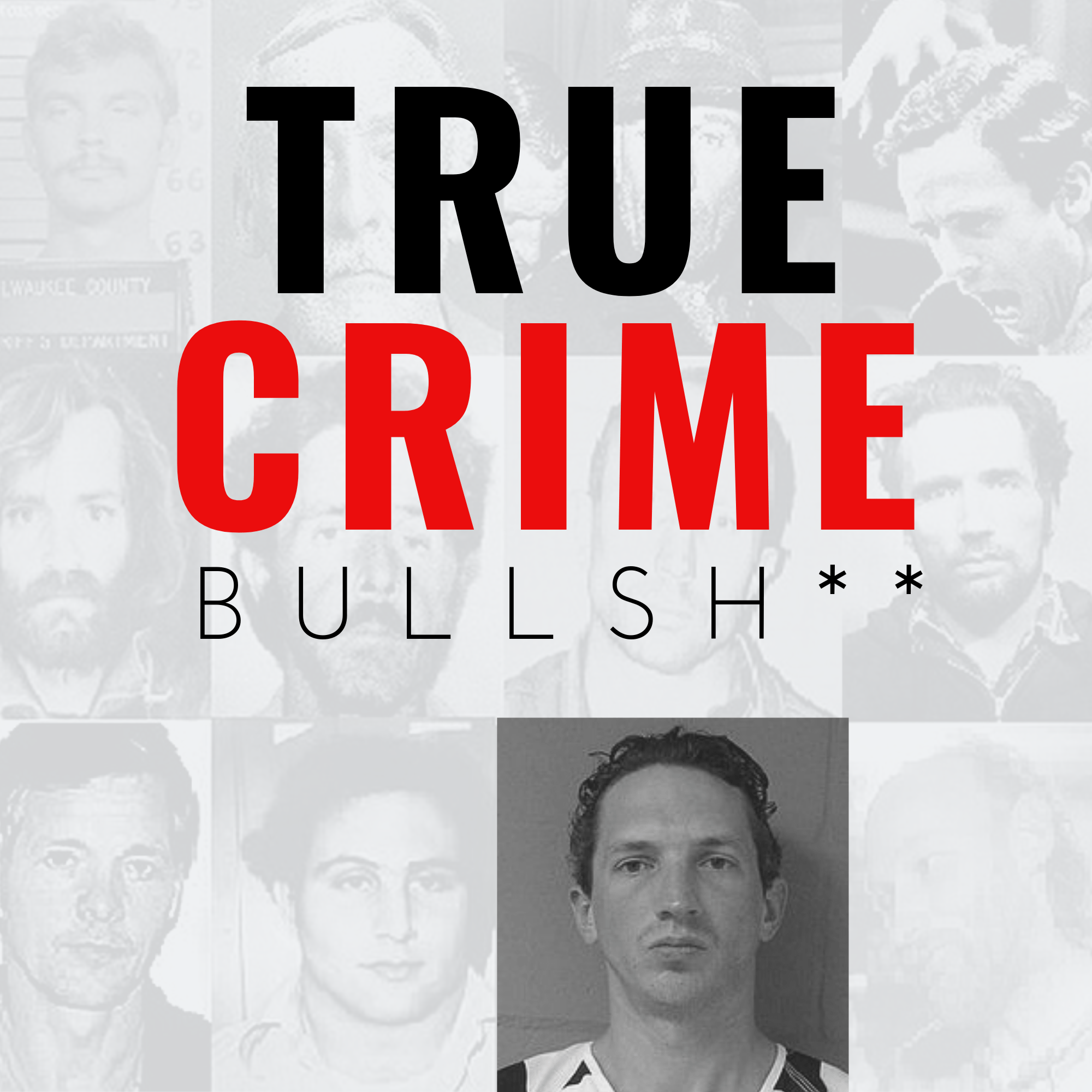 Israel Keyes was an admirer of Ted Bundy. (That should give it away!) Like his role model, he had a method to his madness. His crimes date as far back as 1996, but no one is really sure of that. He would travel a great distance to commit murders, a pre-meditated distance. One of the reasons that took so long to catch was that he didn’t leave the bodies behind. In fact, most of his victims have never been found. This podcast explores his story, what led him to become a monster and what finally led to his arrest. You can listen to all episodes of this podcast here. 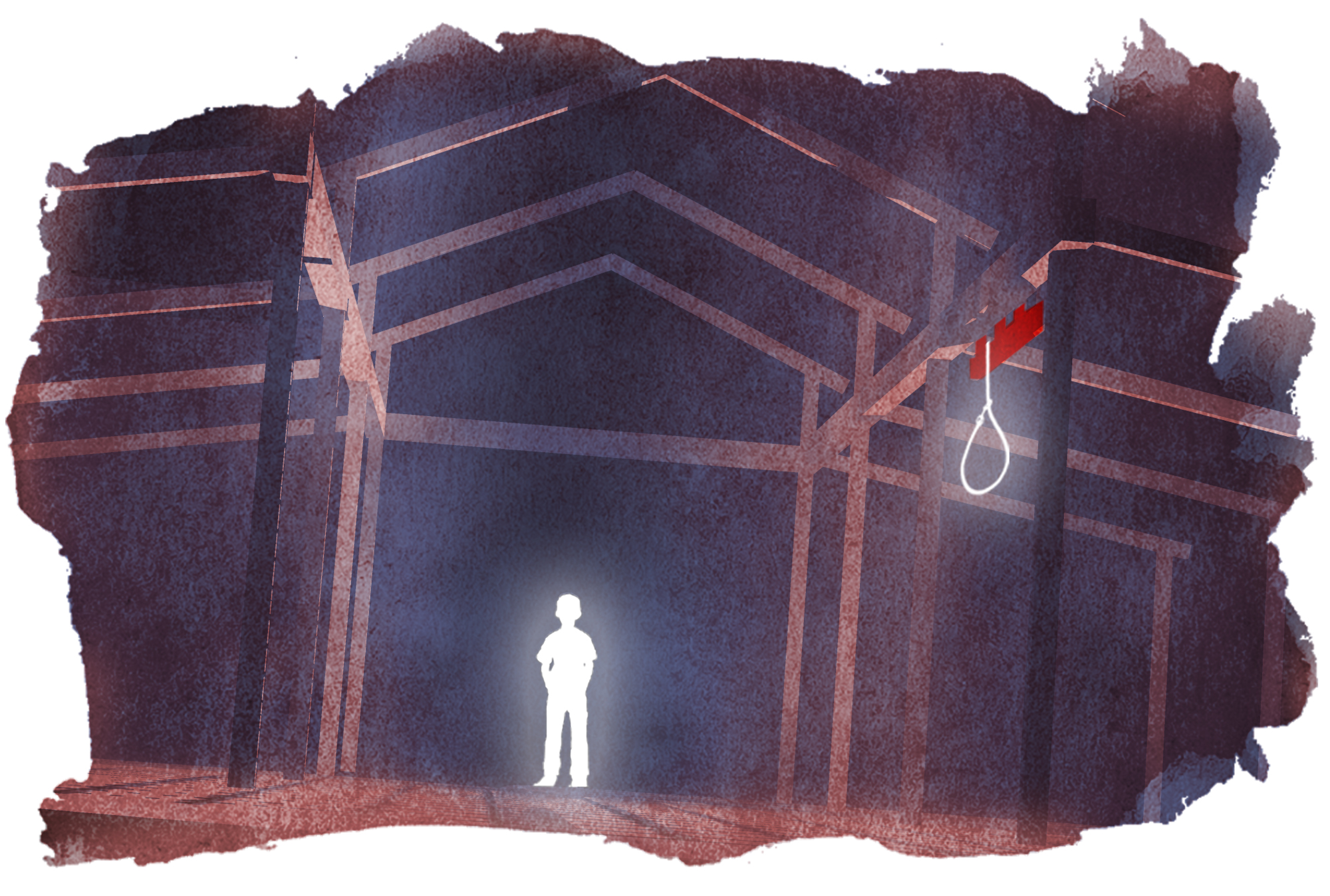 Whenever an adult victim is found dead, the possibility of suicide is considered. Even for that, the cops need to be absolutely sure. They need to have enough evidence to not let a murderer walk free just because they misread something on the crime scene. In 1989, the dead body of Joshua Klaver was found hanging on a tree. Even if one would consider the possibility of suicide here, the disturbing question is: what drove a 10-year-old to kill himself? Ideally, this would call for a strict investigation, but no such thing happened in Joshua’s case. The true reason came out only recently. You can listen to all episodes of ‘Hanging’ here. 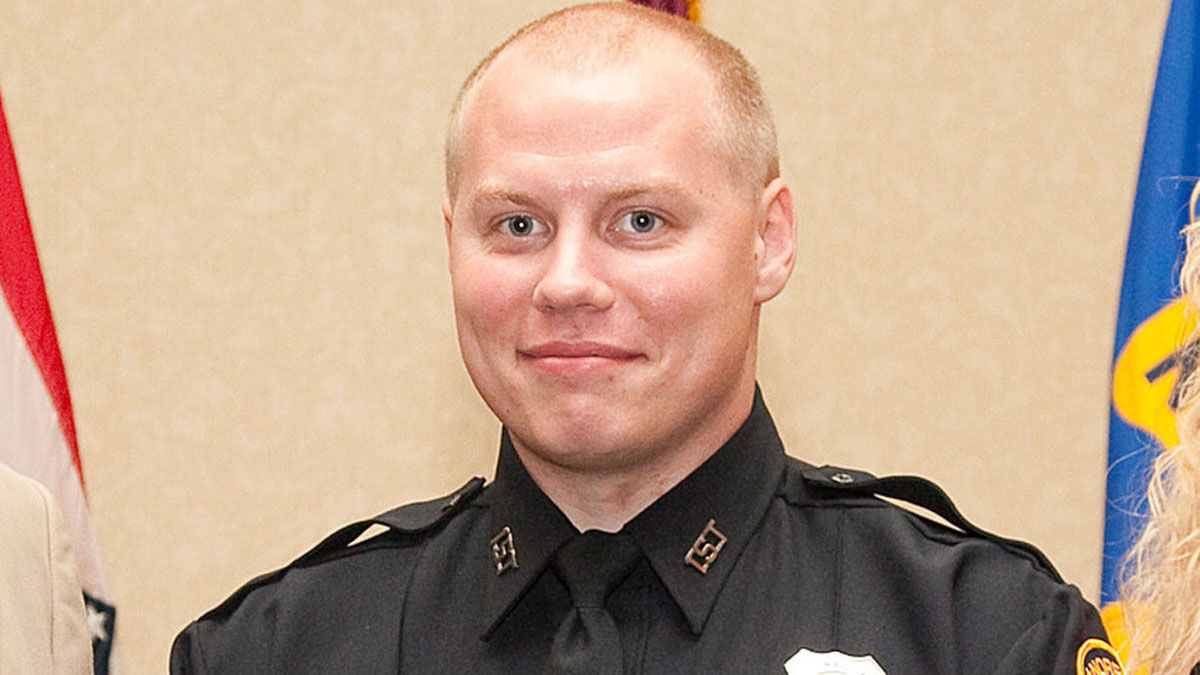 Sympathising for someone from a distance is easier. The real brunt of grief and anger is experienced only when it happens to someone close to you, someone in your community. Police officers come across many heinous crimes in the course of their careers, and they learn to keep a sufficient emotional distance from the victim. But what happens when the victim is one of them? And how do they feel when they are unable to catch the killer? The murder of Victor Decker was one such case. You can listen to all episodes of this podcast here. 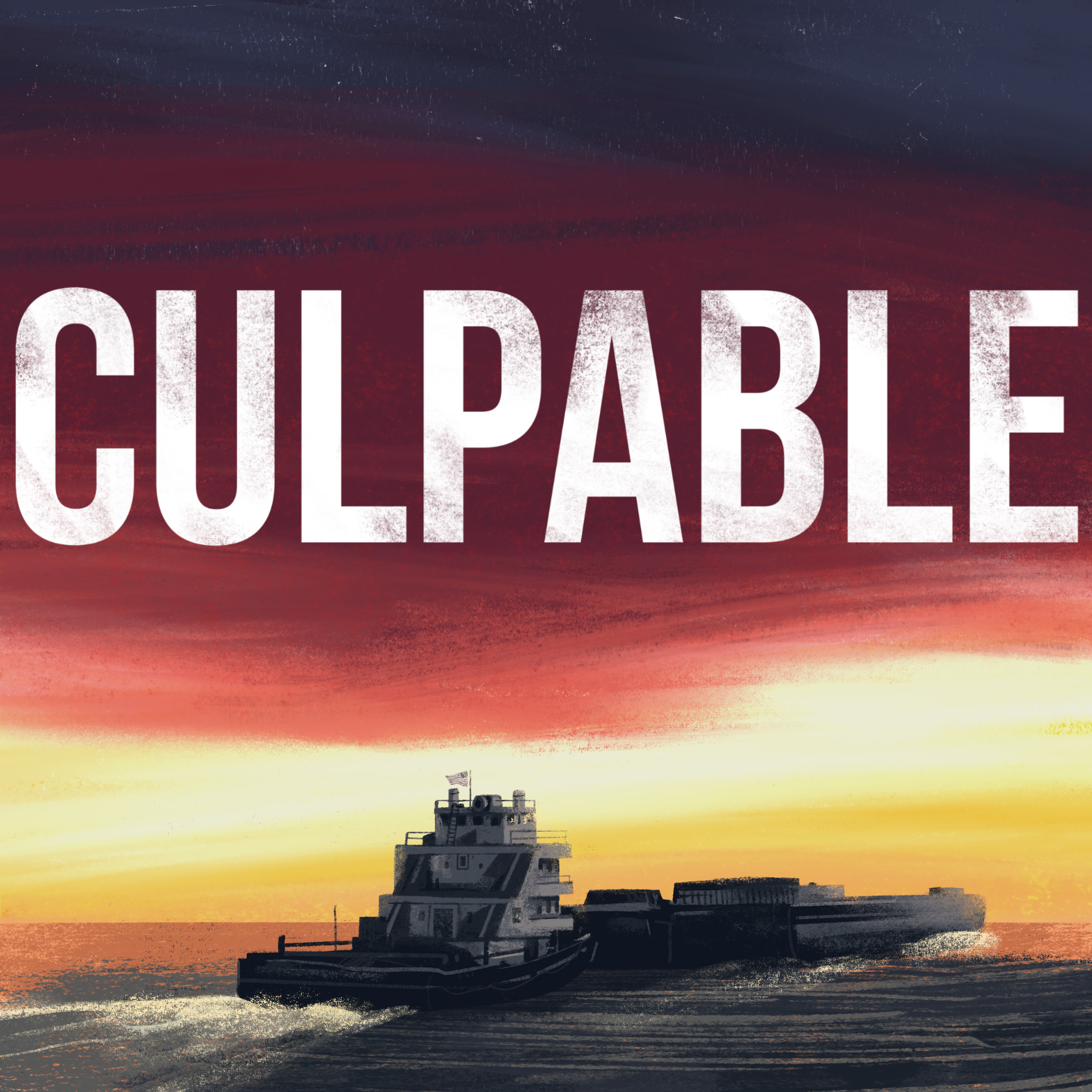 There are many podcasts out there that discuss the sad state of justice where an innocent has to spend time in prison while the criminal walks free. There are podcasts that discuss the unsolved cases, bringing to light the new evidence, or the unprofessional or biased behaviour of the police towards the victim. But here, at least, a case was made. At least, there was an investigation, no matter how lousy. The worse state is when a case is not even acknowledged. How will the cops catch a killer if they aren’t even looking for him? ‘Culpable’ looks into such cases. The first season covers the death of Christian Andreacchio, who was found dead in his apartment. The police ruled his death a suicide, but there are a lot of things that point otherwise. You can listen to all episodes of this podcast here.

2. Southern Nightmare: The Hunt for the South Side Strangler (2018) 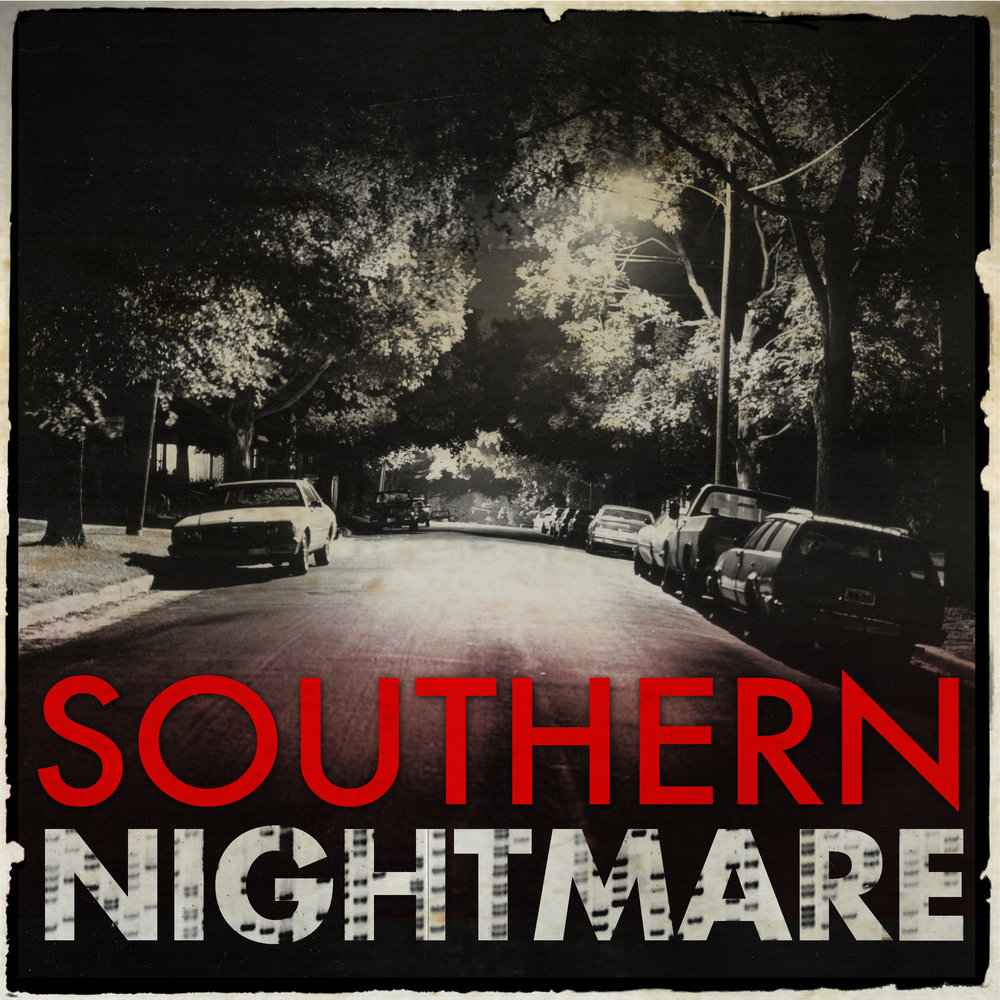 As time has passed, we have made some strong strides in science and technology. This has not only made our lives easier but has also provided law enforcement with a weapon they can use against criminals. It is not a good time for a murder to be sloppy with a kill. One strand of hair and you are done. But things weren’t this easy three decades ago. Virginia was haunted by a serial killer, known as the South Side Strangler, and the cops didn’t have the resources they now have to catch him. A new method came out but it had never been used before. This is the first time that DNA was used to identify the killer. You can listen to all episodes of this podcast here. 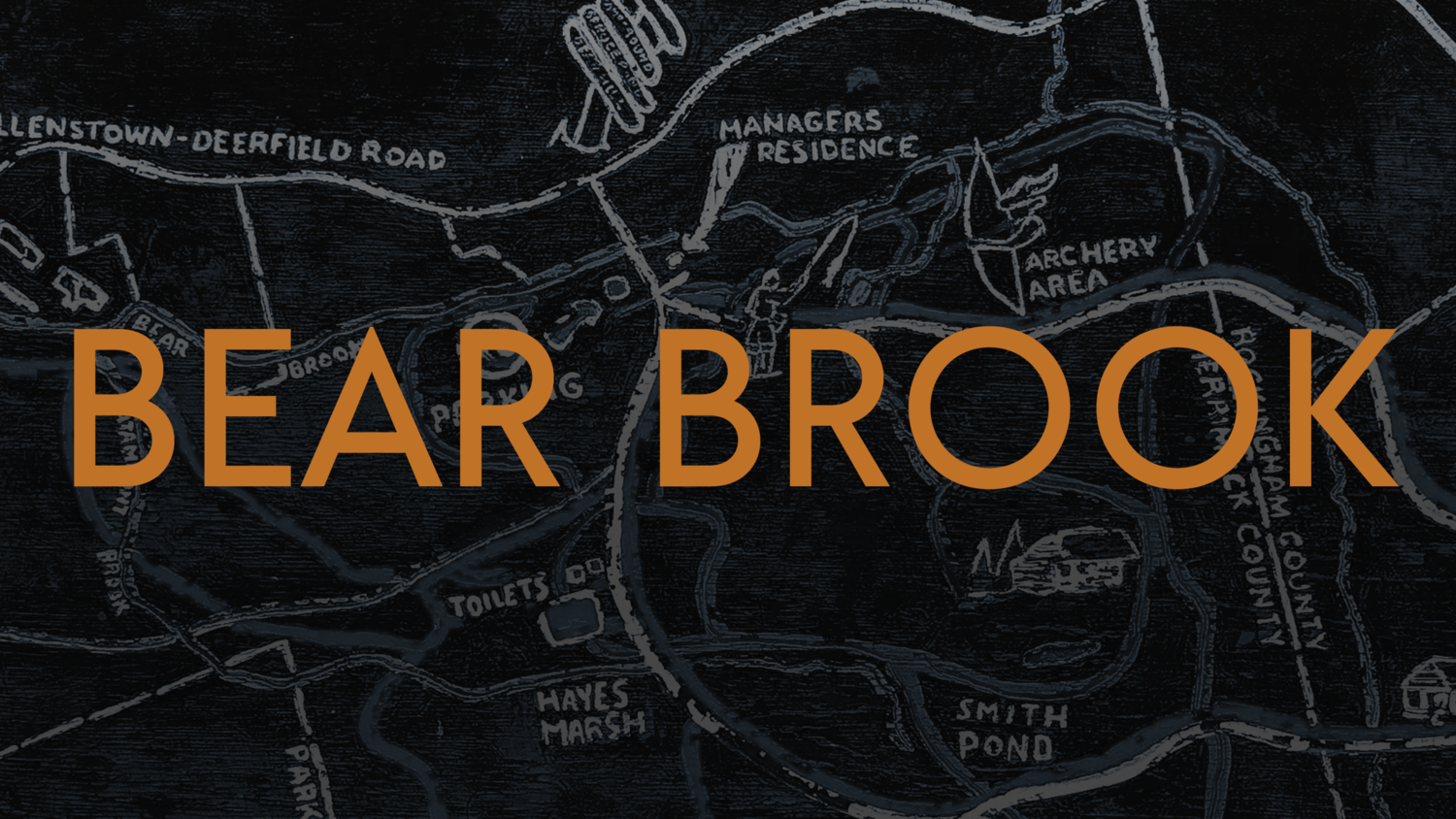 Four victims were discovered fifteen years apart. Their bodies were covered in plastic bags and dumped in barrels. Out of the four, the three were only recently identified in 2019, while the fourth one remains a Jane Doe till now. A man was accused of the murder in 2017, but they couldn’t arrest him. He had died in 2010. Who was this man and why did he kill these four women? ‘Bear Brook’ explores the story behind this case. You can listen to all its episodes here.