15 Podcasts You Must Listen to if You Love Lore 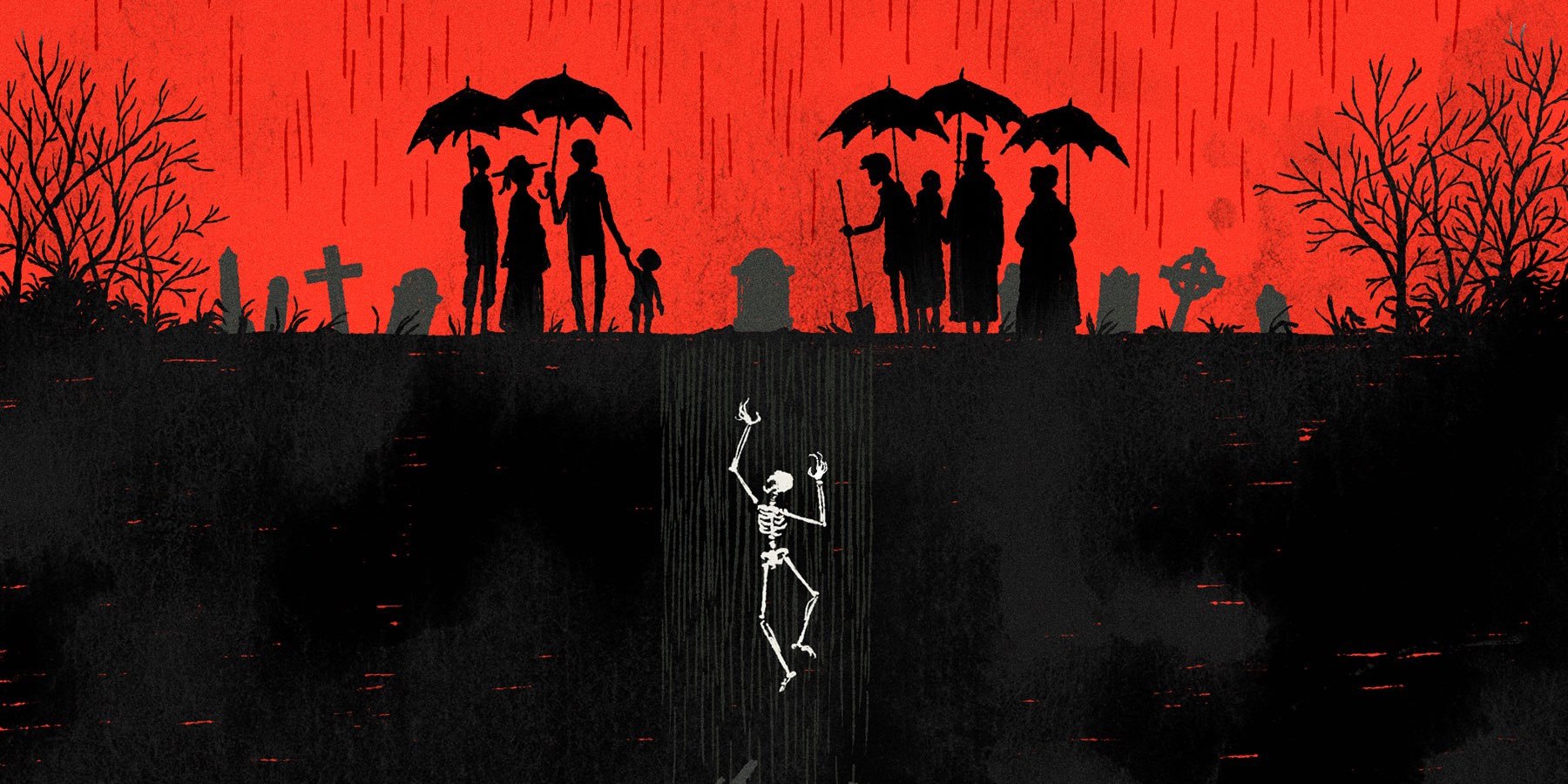 ‘Lore’, which first debuted in 2015, is a horror podcast that narrates non-fiction spooky tales, primarily inspired by folklore and true hauntings. Since its release, it has taken the entire pop culture by storm and strikes a chord every time we listen to any of its episodes. Owing to its popularity, it was also developed into a TV show on Amazon Prime. Exploring creepy myths and historical legends, its narration of true horror stories and real sites is extremely chilling. ‘Lore’ compels us to believe how the past can always come back to haunt us. Hosted by author Aaron Mahnke, in his signature monotone, this award-winning podcast follows an anthological format, with each episode diving into a new tale, to unravel the secrets of history while uncovering the darker side of human personalities. Yes, just like its tagline, it stands true to its concept, which is, truth is often scarier than fiction.

If you are an avid fan of Lore’s eerie experience, then you will be happy to know that there are several spooky podcasts that are similar to it in tone, format, and narration. Whether you love true stories about ghosts, monsters, or superstitions, this list covers them all. And trust us, each of these audio coverage will send chills down your spine. So go on. Here’s the list of best podcasts similar to ‘Lore’ that are our recommendations. You can watch several of these podcasts like ‘Lore’ on iTunes, Stitcher, Spotify or even YouTube for free.

‘Ghost Stories’ is definitely a must-inclusion in your list if you love ‘Lore’. This is because of its similar structure toward narrating true-life paranormal occurrences. The creators collect real experiences from listeners all across the globe, related to supernatural encounters. These can be anything, ranging from face-offs with terrifying shadow people to sinister ghost deers. Hosted by Lex Wahl, each personal story is extremely detailed and is backed by surreal atmospheric music and extraordinary narration. Trust us, once you plug on your earphones, you will get the feeling that something is lurking right behind you! You can listen to all its episodes here. 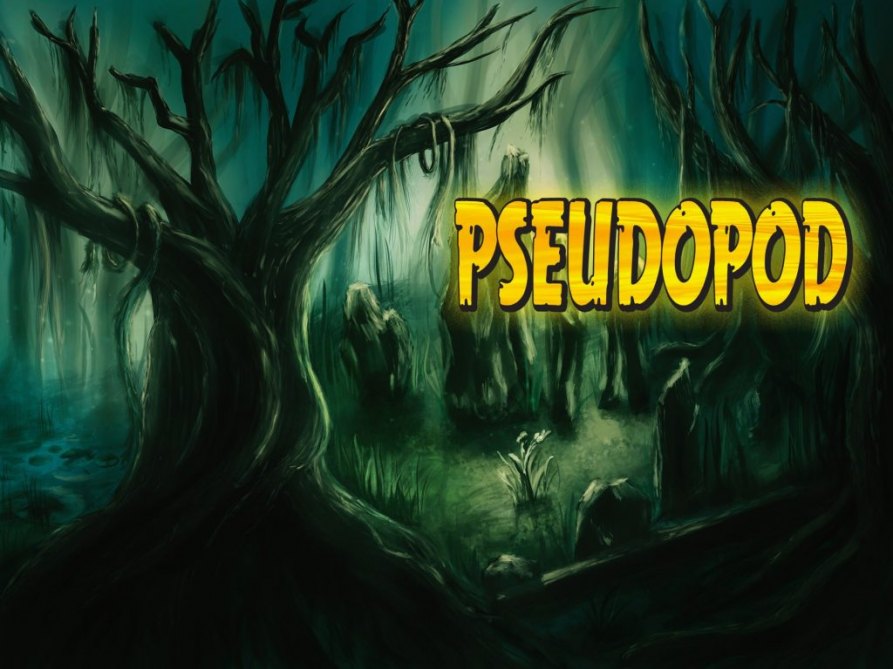 ‘Pseudopod’ is an online fictional magazine and this eponymous podcast is an audio version of the same. Narrated by single readers as well as groups of expert performers, it does a fine job in bringing horror to life. There are multiple authors who write its episodes, ranging from classic writers to talented newbies. Focusing on tales that are both ancient and modern, it maintains a wonderful balance between the past and present. And there is this background music which is so unearthly and beautiful, you shall almost believe that you are standing right where the scenes are unfolding. You can listen to all its episodes here. 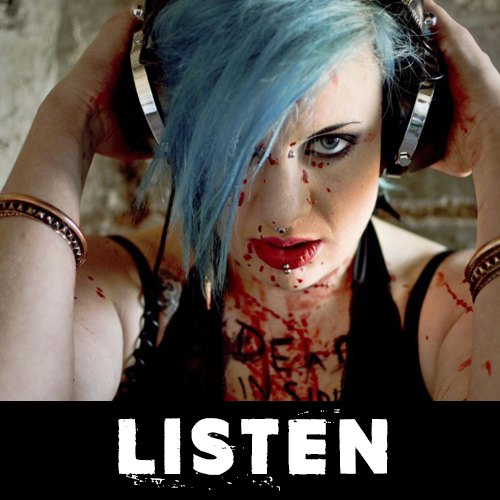 Before proceeding to the next title, here’s a fact. Imagine watching a horror flick, and then you see this disclaimer — inspired by true events. Doesn’t the entire experience become a whole lot scarier then? Yes, fiction can create temporary nightmares; but personal stories manage to linger in our brains for days at a stretch. Remember how ‘Paranormal Activity‘ forced you to tuck your dangling leg inside the blanket? This is the exact premise for ‘Scared?’ -— yet another podcast that relies on authentic and plausible experiences, narrated by actual victims. Once you hear the audios, you shall deviate from that induced safety factor, normally brought in by fictional movies. ‘Scared?’ tells stories that cover all categories of supernatural phenomena, ranging from ghosts to unhappy spirits and extraterrestrial beings. Here’s their official website. 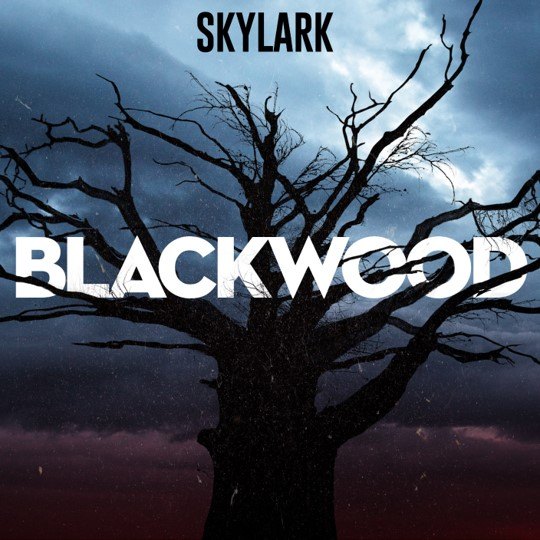 Created as a part of the Halloween release schedule, ‘Blackwood’ is narrated by three podcasters — Molly Weaver, Bryan Anderson, and Nathan Howell. The story begins by diving into the myth of a local monster, commonly referred to as the Blackwood Bugman. However, as the tale unravels, we discover that there are several untold secrets and twists which come with the folklore. Maybe, the monster actually exists. And why has it stayed hidden for so long? Are there other reasons involved? ‘Blackwood’ attempts to decipher and answer these very questions. You can listen to all its episodes here. 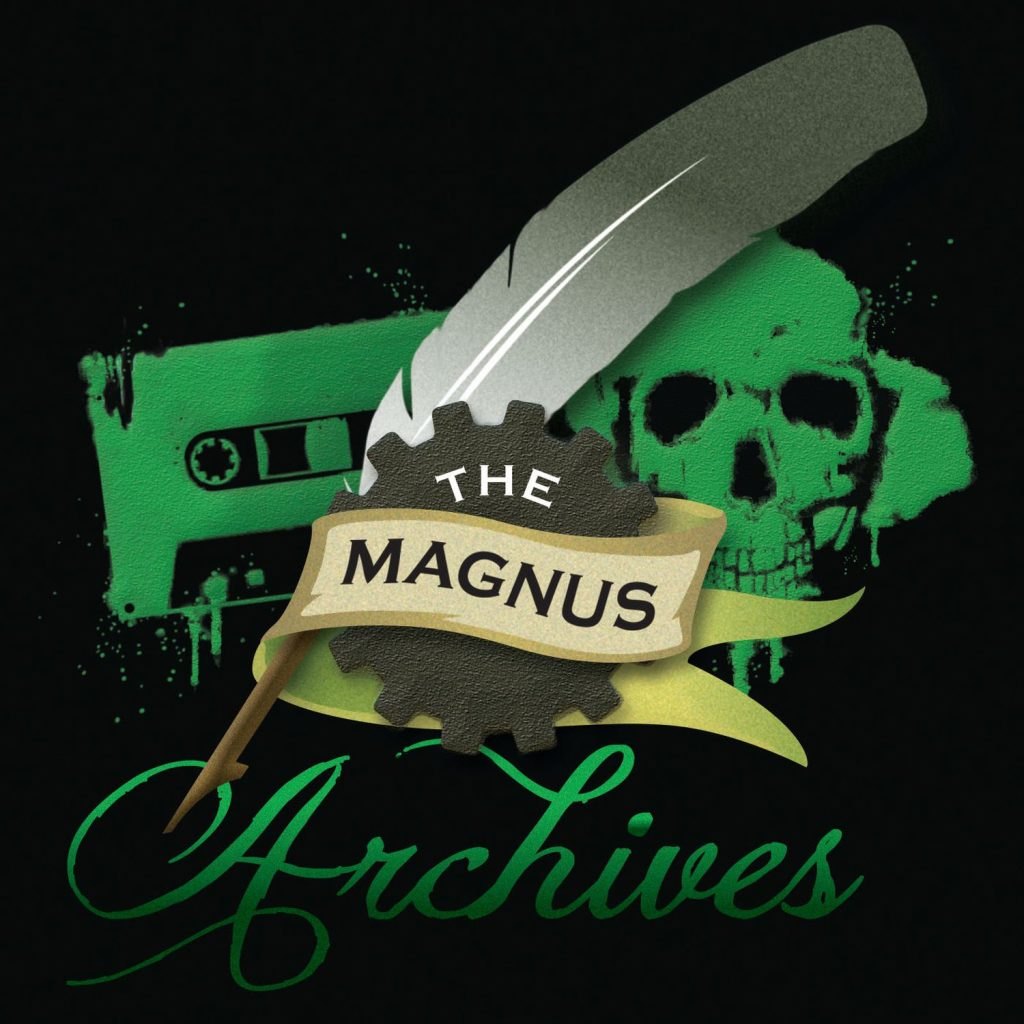 Released in 2016, ‘The Magnus Archives’ follows an anthology format, similar to that of ‘Lore’. It is hosted by Jonathan Sims, an archivist at The Magnus Institute — a certain organization that collects accounts of disturbing, creepy, and supernatural events. Sims, along with several other cast members, reads out the stories that are kept in the Institute’s archives. Each tale is so powerful in its description that you start getting that familiar feeling of dread, sending a tingle through your skin. You can listen to all of its episodes here. 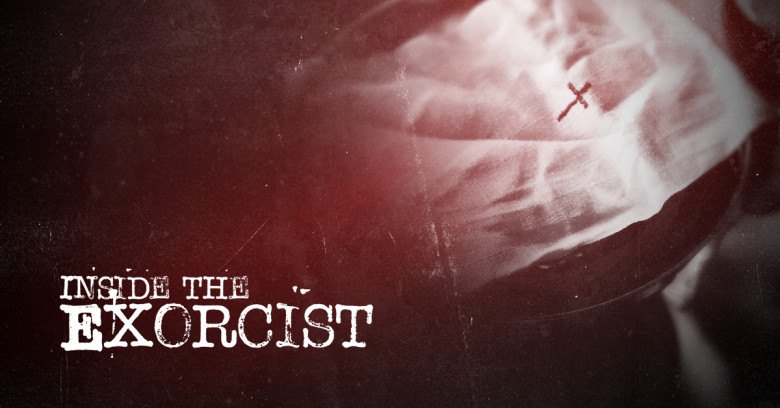 The ‘Inside’ series of podcasts, created by Mark Ramsey, lends comprehensive insights into some of the scariest classic movies, including Alfred Hitchcock’s ‘Psycho’ and ‘Jaws’. Each season is gripping and we would recommend you to listen to all of them. However, its 2017-released part, ‘Inside The Exorcist’ can be dubbed as one of the spookiest audios that exist in this genre. Although it gets its name from the 1973 movie, ‘The Exorcist’, it traces the past events that inspired the film in the first place. With riveting storytelling, eerie sound design, and examples from personal and community histories, it is extremely terrifying. Warning: don’t dare to try it when you are home alone. You can listen to all its episodes here. 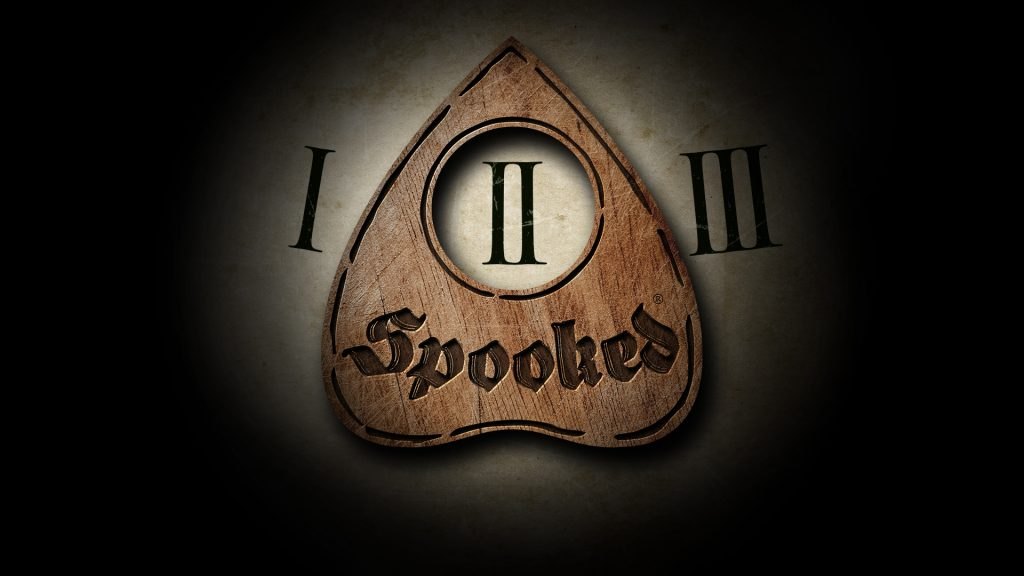 ‘Spooked’ first premiered as a special episode for Glynn Washington’s podcast ‘Snap Judgment’. However, after its debut, it was so well-received by the audience, that it soon progressed to become an independent, stand-alone podcast on its own. And yes, even this audio anthology is real, based on true stories from real people, that revolve around all kinds of inhumane beings, ranging from ghosts, monsters, and curses to unexplained phenomena. Just give it a try. We bet, one episode and you cannot stop listening. Tune in to listen to all its episodes here.

Are you a fan of ‘Twin Peaks‘? Then check out ‘Alice Isn’t Dead’. Bringing in all the surreal vibes that are a staple in ‘Twin Peaks‘, it is a compilation of audio files, gathered from a truck driver in search of her wife, who she formerly believed was dead. However, after a series of incidents, she is compelled to reconsider. Then she embarks on a cross-border road trip to locate her lost partner and comes across various danger-packed locales along the way, including dilapidated small towns and abandoned villages. She also narrates her encounters with spooky entities and weird occurrences. Showcasing a drab monotone and eloquent, lyrical writing, ‘Alice Isn’t Dead’ was later developed into a novel and a TV show. You can listen to all its episodes here. 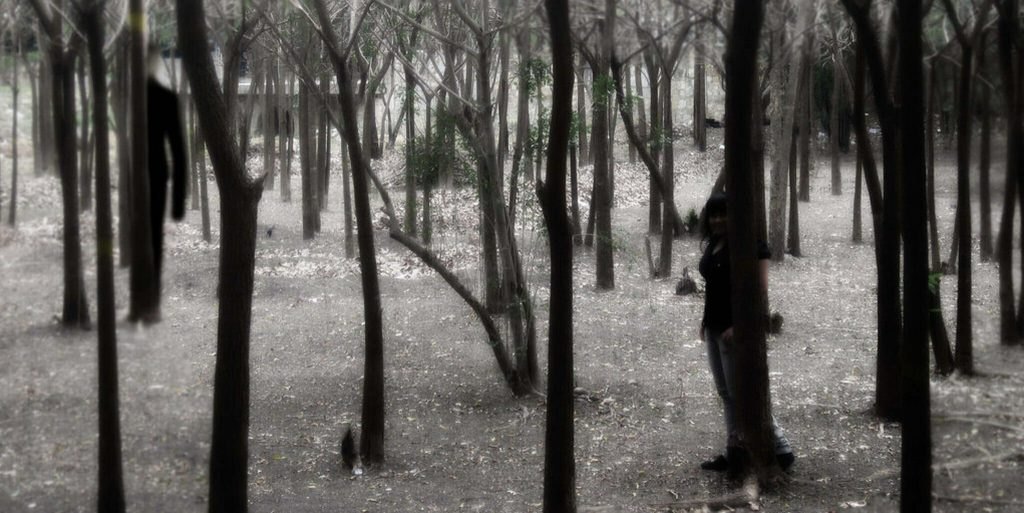 ‘The Black Tapes’ is a fictional but non-fiction-style podcast that centers around a radio program host, Alex Reagan (not the real name). She investigates some bizarre, unsolved cases, named as the “black tapes”, which she retrieves from the files of a fictional paranormal investigator, Dr. Richard Strand. Although it is fake, we have mentioned it on our list, in case you want some respite from the unending repertoire of true-story-inspired podcasts. However, do remember, with its NPR (National Public Radio)-style approach, the entire narration seems real enough to give you all the feels. You can listen to all its episodes here.

Bringing in the similar campfire storytelling aura from ‘Lore’, ‘Knifepoint Horror’ should be another addition on your podcast collection. Each story is like an unsettling confession. Hosted by Soren Narnia, she employs her amazing narrative to tell the tales exactly like the victim could have experienced them first hand. Check it out once. We are sure you shall suspect every hanging leaf that sways with the wind after you are done with it. You can listen to all its episodes here. 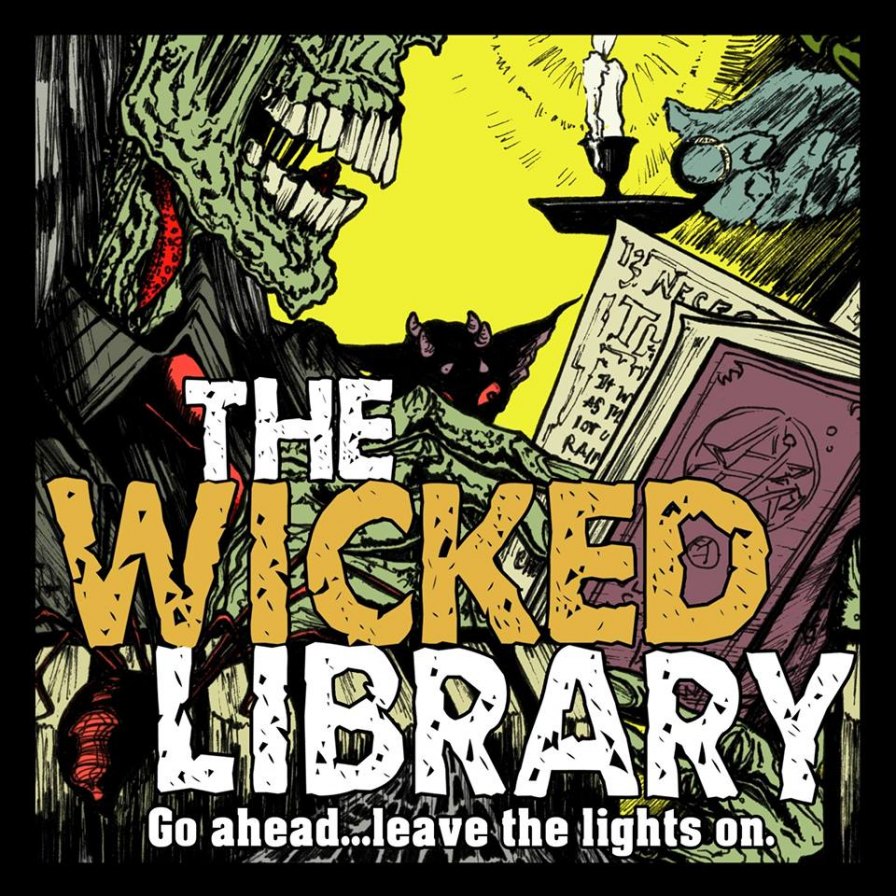 Hosted by Daniel Foytik, ‘The Wicked Library’ comprises a vault of tales that are created by independent, upcoming, or established horror authors. Each episode dives into a fresh story and is narrated by a different reader. Accompanied by interviews and sinister music, it has all the ingredients for a heart attack. Not recommended for the faint-hearted! Here’s their official website. 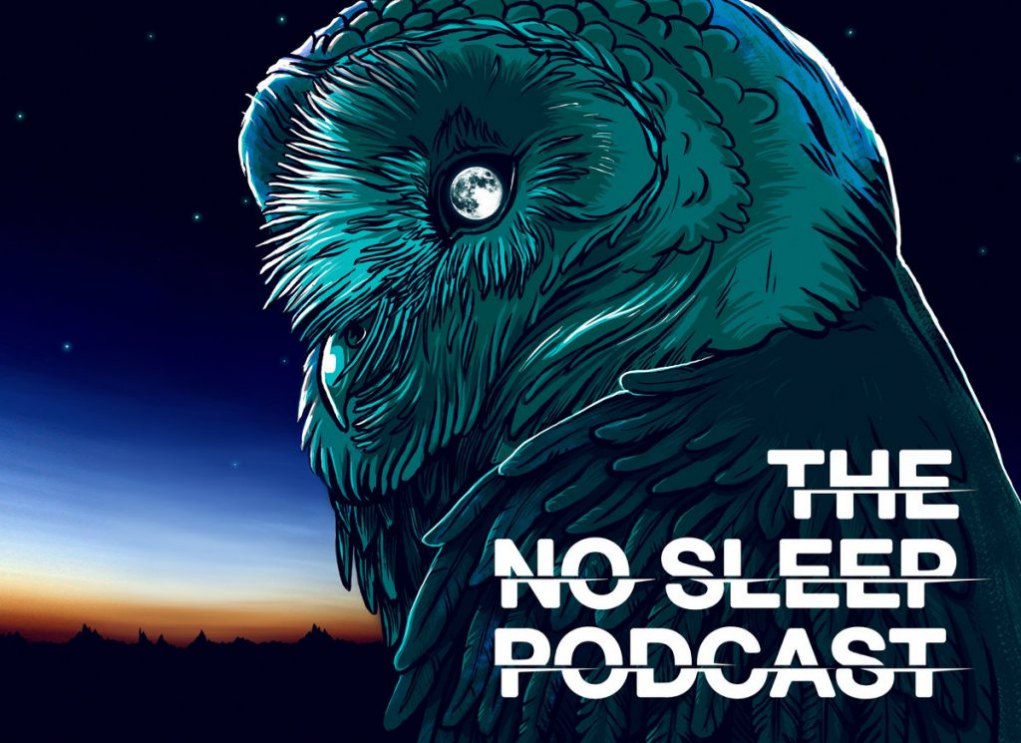 A fan-favorite, fictional, horror anthology podcast, The NoSleep Podcast’s genesis can be credited to Reddit. On this platform, subscribers would discuss their real life, paranormal encounters. The creators then decided to shortlist the best stories from the forum and curate them into an audiobook. There are two primary rules — each tale should be in the first person to evoke authenticity and it should divulge if the incident is true or not. You can listen to all its episodes here. 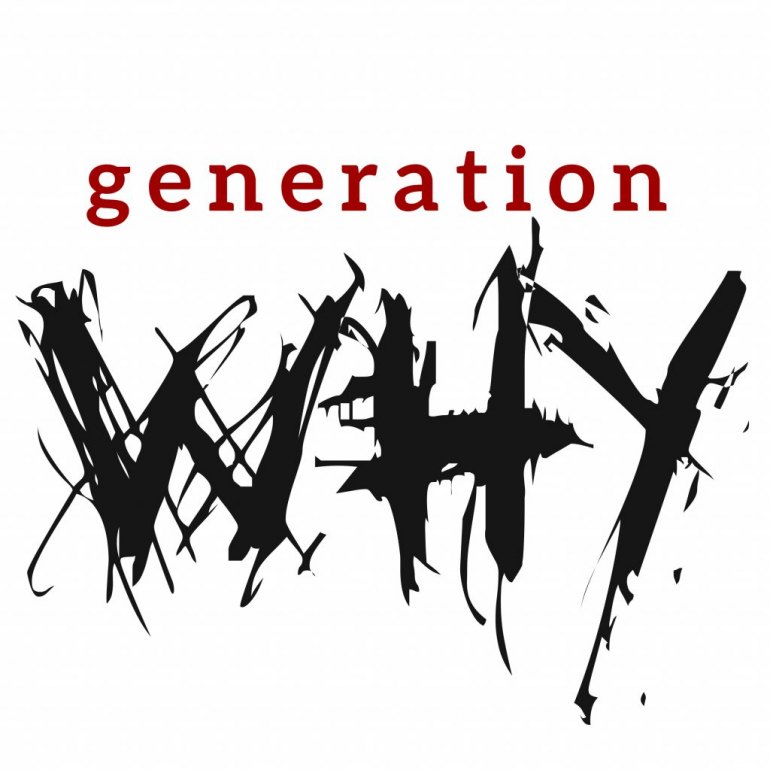 ‘The Generation Why Podcast’ is a combination of paranormal and true crime podcasts. Justin Evans got the idea for its format when he had to serve as a juror for a first-degree murder trial. Once he got into this dark realm, there was no turning back. He had several discussions with his mate, Aaron Habel. Later, the duo launched this podcast, where, each episode takes up a fresh investigation, that can be about an unsolved murder, a horrible true crime case, or a creepy face-off with the supernatural. You can listen to all its episodes here. 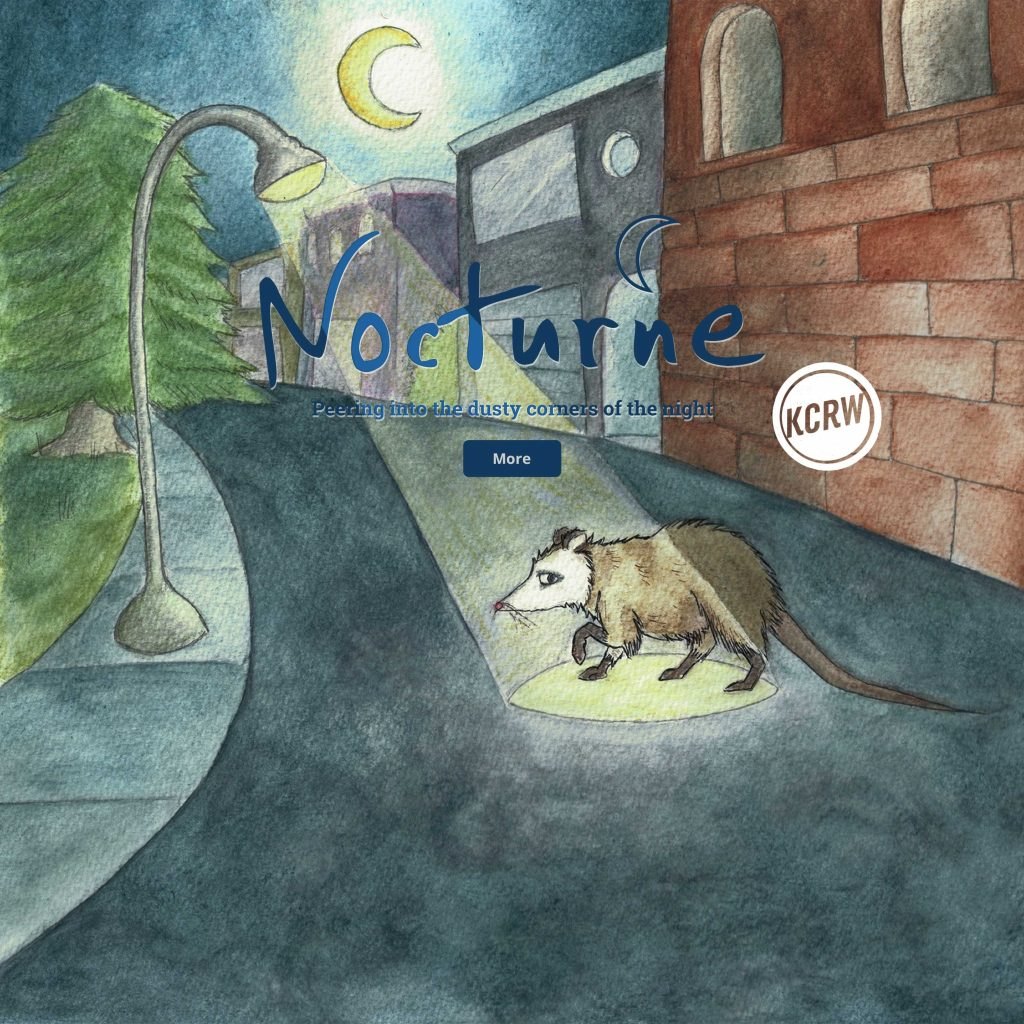 Many experts believe that there’s a shift in energy when darkness envelops us. Some credit these happenings to the changes in the moon’s gravitational pull and the eventual rise of tides, which affects our energy. Venessa Lowe and Kent Sparling, the creators of ‘Nocturne’, delve into this phenomenon. They explore how the world around us transforms once the sun sets. This podcast attempts to question our existence in a planet that’s devoid of light and is shrouded in blackness. With eerie storytelling and creepy sound design, ‘Nocturne’ is a frightening journey into a scary, unending, pitch-dark abyss. You can listen to all its episodes here. 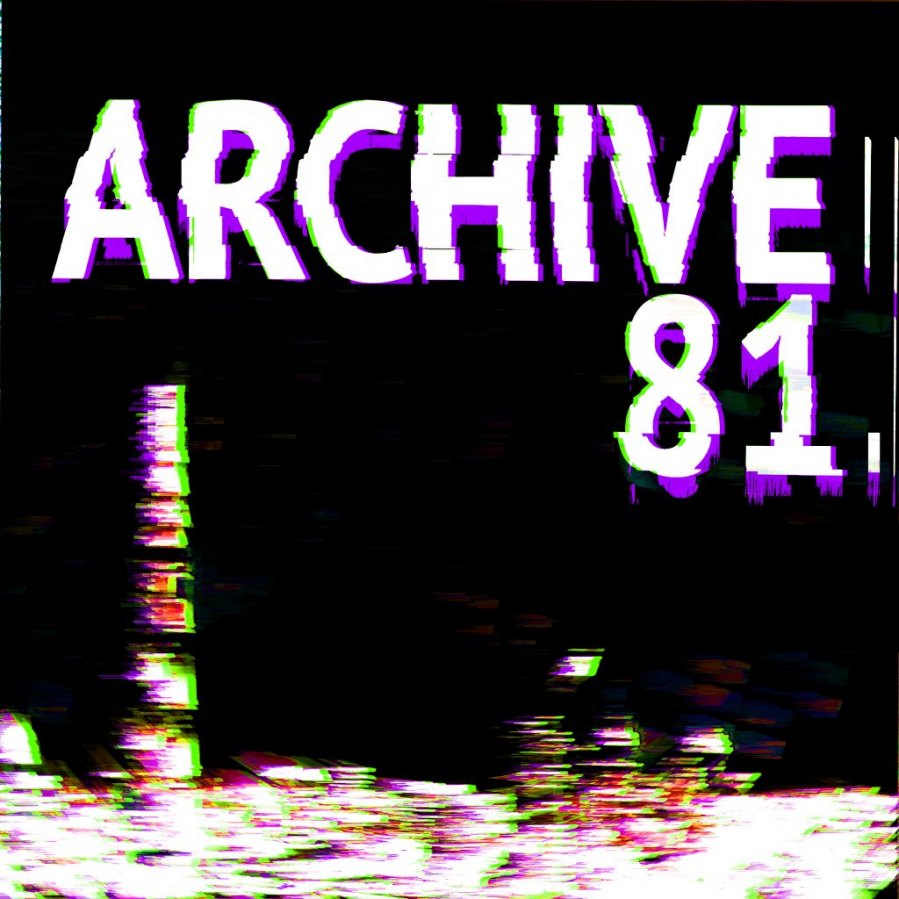 Branded as a “found footage horror podcast,” ‘Archive 81’ releases recordings made by Dan Powell, an archivist at the Housing Historical Committee of New York State. In the episodes, he tries to decode these tapes that had been recorded decades earlier. Now, here is the twist. It is later revealed that Dan himself is missing (just like those many missing people in scary podcasts), and the show is actually being run by his friend, Mark, who is still trying to locate him. Weird, right? Unnerving and definitely unsettling, it shall stay with you long after you finish hearing it. You can listen to all its episodes here.