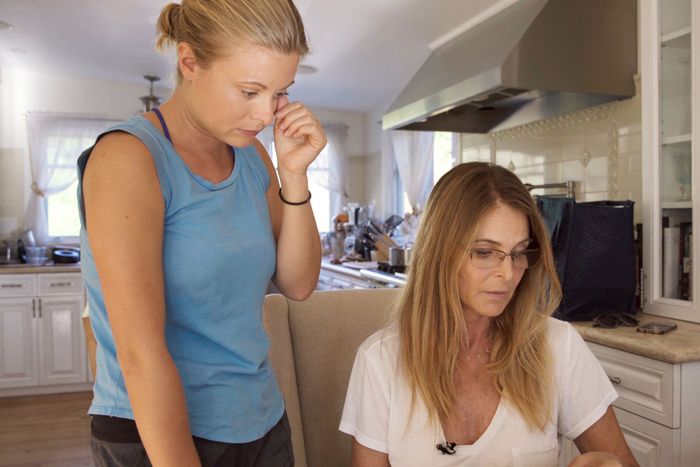 Helmed by Academy Award-nominated and Emmy award-winning directors Jehane Noujaim and Karim Amer comes an intriguing nine-part documentary series about NXIVM, a cult, called ‘The Vow.’ It follows a few former members of the controversial “self-help group” as they see the reality of it and decide to leave, after which, they try to get other members to see the light as well. Of course, in the middle of it all is NXIVM’s founder, Keith Raniere, and the women-only sorority that he created, DOS. This sorority, to this date, is a sex cult that involves master-slave relationships, brandings, and punishments. It is a lifetime commitment, a vow, which is how the series gets its name. Curious to know what will happen in the next episode? Here’s what we know!

Episode 5 of ‘The Vow,’ entitled ‘Class 1 Data,’ will release on September 20, 2020, at 10 pm Pacific Time, exactly a week after the release of its fourth episode, ‘Building Character.’ The series will follow this schedule until its finale episode airs on October 18, 2020.

‘Class 1 Data’ will pick up from right where ‘Building Character’ left off – with India Oxenberg’s journey at NXIVM being the focal point. Catherine Oxenberg, her mother and the woman who introduced her to the organization in the first place, will start getting even more worried, believing that India is in real danger. Therefore, with the help of Bonnie Piesse, Mark Vicente, and Sarah Edmondson, she will try to get her to come home. For this, she and the former members will attempt to get the attention of the legal authorities, and when they fail, they will approach the New York Times to get them to break the story. Among all this, Mark will reflect on his time at NXIVM.

Where to Stream The Vow Episode 5 Online?

‘The Vow’ is an HBO original series, so you can use your cable subscription and watch each new episode on the channel at the above mentioned time as it airs. If you can’t do this, then you can make use of your internet connection as episode 5 of ‘The Vow,’ ‘Class 1 Data,’ will also be available on HBO’s official website, HBO Max, and on the HBO Go App. And, if this doesn’t work for you either, then you can always catch up with the series on Amazon Prime or HULU, with the help of their HBO package add ons, after the episode finishes airing on cable.

Episode 4 of ‘The Vow,’ aptly titled ‘Building Character,’ puts the focus on how DOS gets women involved in its workings by manipulating and brainwashing them into believing that their actions within it would help them improve upon themselves. It does this by braiding together the stories of Sarah Edmondson, India Oxenberg, and “Jane.” The episode explains DOS’s terminology (“failure form,” “breaching,” “penance”), and reveals a trickle of new, even more, sickening information. With a lot of B-roll of India, Keith, Allison Mack, and Pam Cafritz, it traces the path of women in the organization and the psychological programming that comes into play. By the end of the episode, Catherine Oxenberg and the former NXIVM members are determined to rescue as many women as possible from the clutches of this crazed cult.