Shin Seul-ki From Single’s Inferno: Everything We Know 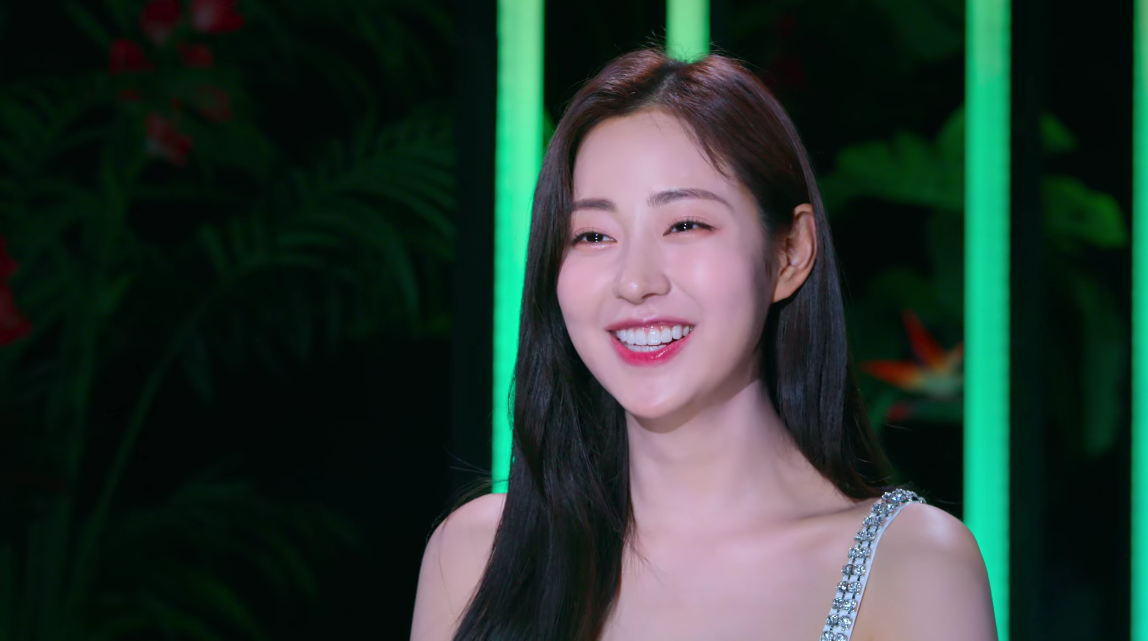 Following nearly a year, Netflix’s ‘Single’s Inferno‘ is back on our screens again in the form of season 2, with more charm, more drama, more romance, and more love triangles than ever before. It thus comes as no surprise that although the core concept of this original hasn’t waivered, there are a few new elements as well as an entirely new roster of participants to keep it ever-intriguing. Amongst them is none other than the innocently alluring, quietly confident, and proudly radiant Shin Seul-ki — so now, if you wish to learn more about her, we’ve got the necessary details for you.

While we can positively report Seul-ki is a 25-year-old South Korean native through and through, not much is known regarding any aspect of her family, her upbringing, or her early experiences. After all, despite her gradually making a name for herself in the limelight over the years (more on this later), she prefers to keep her personal life well away from prying eyes in hopes of solitude. Some might believe her appearance in this reality dating series proves anything but, yet the way she has always carried herself over on social media clarifies she keeps private matters largely private.

From what we can tell, Seul-ki is actually in her final year of studies — she’s a senior majoring in piano at one of Korea’s top schools, the Seoul National University College of Music (2019-2023). As per her own account in the Netflix production, she started playing the instrument when she was merely ten and has since developed a love-hate relationship with it owing to its simple complexities. “It does not have just one melody,” the ambitious, growing, talented artist elucidated, “so I can play it in a variety of ways. That is also what drew me to it and why I’m studying the piano.”

However, it’s imperative to note that apart from music, Seul-ki has even dabbled in pageants as well as modeling, essentially building a dynamic career in two of the biggest entertainment sections. In fact, she won the renowned 90th Miss Chunhyang National Pageant back in 2020 — it was the same one in which season 1’s Shin Ji-Yeon had participated and ultimately placed third. This particular contest is reportedly named after the titular and lead character of a classic romance novel ‘Chunhyang,’ meaning traditional, natural Korean beauty is the primary focal point of it all.

Seul-ki admittedly never holds back when she likes someone, but it also takes her a little while to open up and get to that stage since it’s always the personality/the nature she’s attracted to. Her ideal partner, in her own words, according to ‘Single’s Inferno,’ is thus “a nice guy. I want someone who is considerate, someone who has a friendly kind of charm” —someone she has not yet found. The 25-year-old did frequent Paradise in the production, but the truth is her online presence makes it appear as if none of those connections panned out into a lasting romantic involvement for her.

The good thing, though, is that not only does Seul-ki seem perfectly content to just be focusing on her occupation, her friends, as well as traveling at the moment, but she’s also self-aware and knows her worth. “People around me say I come across as cold and snobbish,” the pianist conceded in the Netflix original. “But then, once they get to know me, most people say I’m actually quite easygoing and surprisingly fun. The part of me I’m most confident about would be my eyes. I think my round eyes are what make me attractive. Guys often tell me I have stars in my eyes. Usually, when I say I like them, they all say they like me back.” We should mention Seul-ki is a hopeless (hopeful) romantic, as made evident through the ‘10 Things I Hate About You,’ ‘Flipped,’ and ‘Titanic‘ screenshots she has shared on her Instagram.

Read More: Kim Jin-Young From Single’s Inferno: Everything We Know