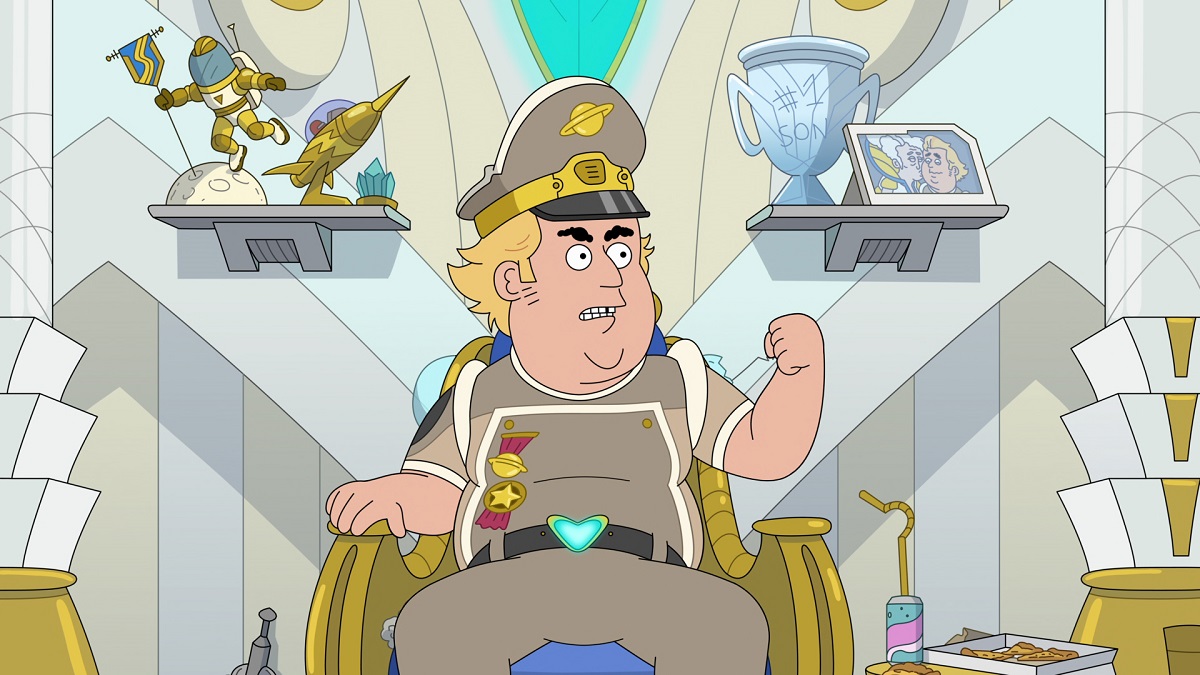 Set on the eponymous planet, Netflix’s ‘Farzar’ follows the egoistical Czar of Farzar, Renzo, and his mild-mannered son, Fichael. The animated comedy series is created by Roger Black and Waco O’Guin, revolving around the conflict between humans and aliens on Farzar as Renzo and the evil alien emperor Bazarack fight for supremacy. The sci-fi series is imbued with a mature style of humor and features some exciting visuals. If you enjoyed the series and wish to binge more such content, we’ve got you a list of recommendations that you will enjoy. You can watch most of these shows like ‘Farzar’ on Netflix, Amazon Prime, or Hulu. 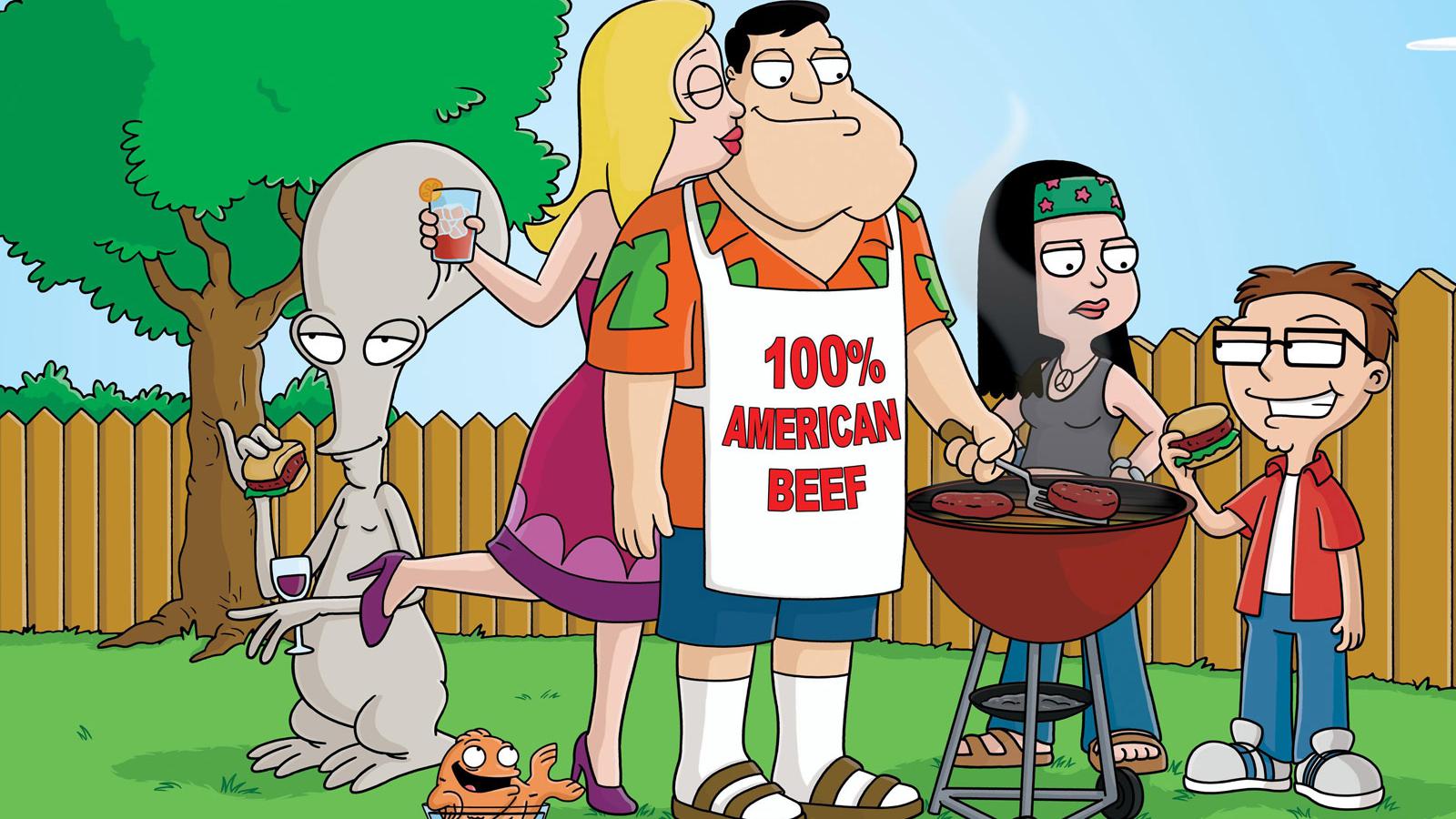 Created by Seth MacFarlane, Mike Barker, and Matt Weitzman, ‘American Dad!’ is an animated sitcom. It follows the eccentric Smith family led by Stan Smith, who tries to balance his family life while saving America from external threats. His plight resembles Renzo’s from ‘Farzar,’ who tries to protect his kingdom from aliens. Similarly, both shows make satirical comments about American culture and capitalism. If ‘Farzar’ piqued your interest in the animated comedy genre, ‘American Dad!’ will undoubtedly help you explore its tropes. 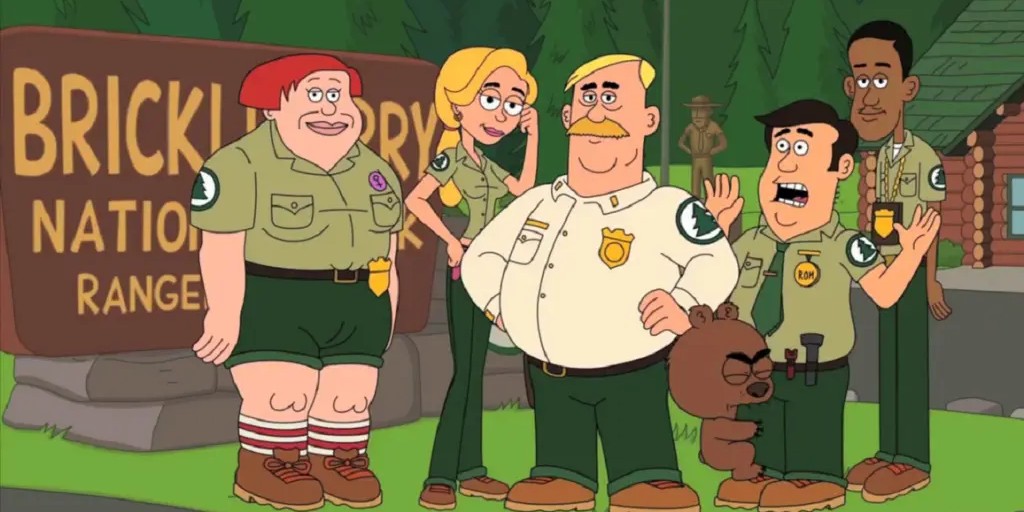 ‘Brickleberry’ is an animated sitcom that follows a group of park rangers as they face several personal and professional issues while working in the fictional Brickleberry National Park. The series features an eccentric group of characters and whacky story arcs to keep viewers invested. With 36 episodes across three seasons, the breezy show is one of creators Roger Black and Waco O’Guin’s most celebrated works. Therefore, viewers of their other creation, ‘Farzar,’ will quickly feel at home in this world. 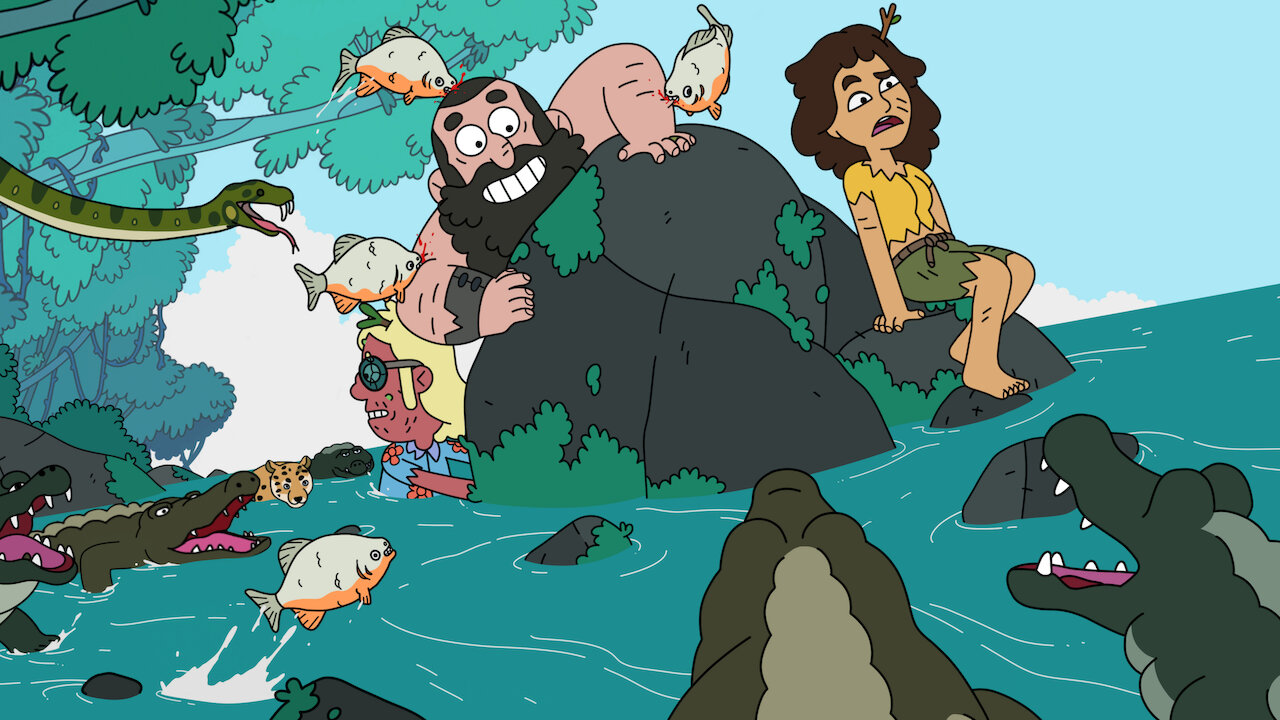 ‘Adventure Beast’ is an adult animated series with an educational twist. Created by Mark Gravas and Bradley Trevor Greive, the mockumentary series follows a wildlife expert and his quirky team as they venture across the globe on several adventures while encountering numerous wild beasts. While the show’s narrative is drastically different from ‘Farzar,’ it still has a similar penchant for zany adventures that will have viewers laughing their worries off. Moreover, the hilariously incompetent nature of the characters is another shared trait between the two shows. 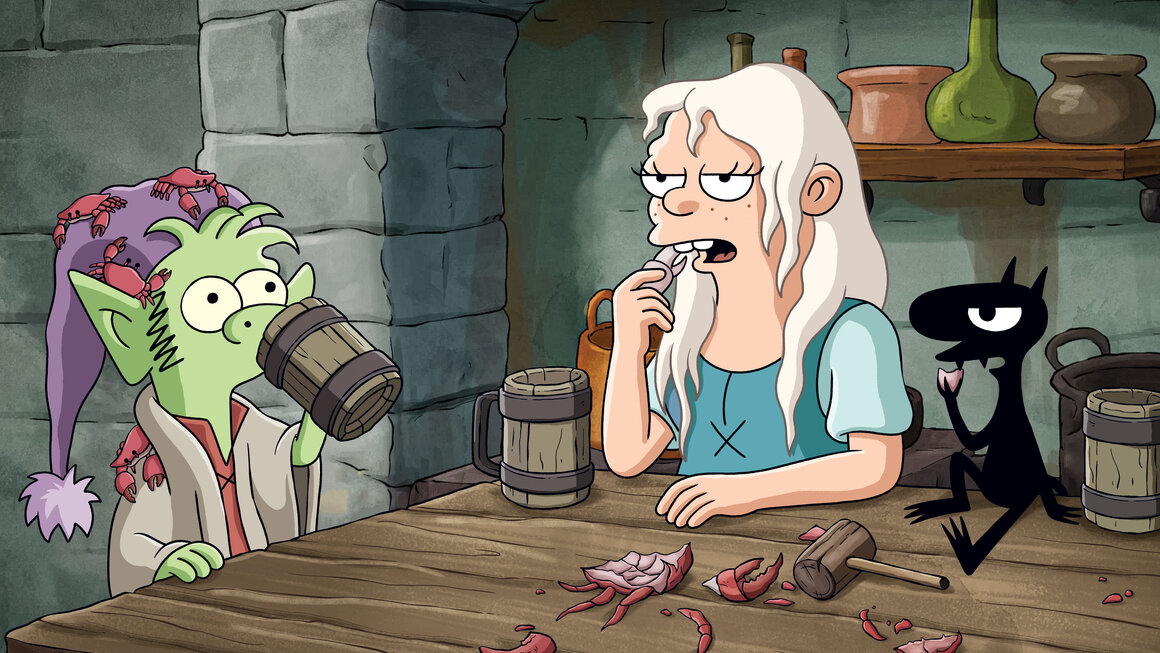 Created by Matt Groening, ‘Disenchantment‘ is a critically acclaimed adult sitcom that revolves around Bean, a rebellious and adventurous princess from the medieval European kingdom of Dreamland who embarks on a quest to uncover a conspiracy. Like Prince Fichael from ‘Farzar,’ Princess Bean is an amateurish royal figure who often finds herself on misadventures. Furthermore, both characters share a similar relationship with their fathers, giving viewers conflicts and humor reminiscent of ‘Farzar.’ 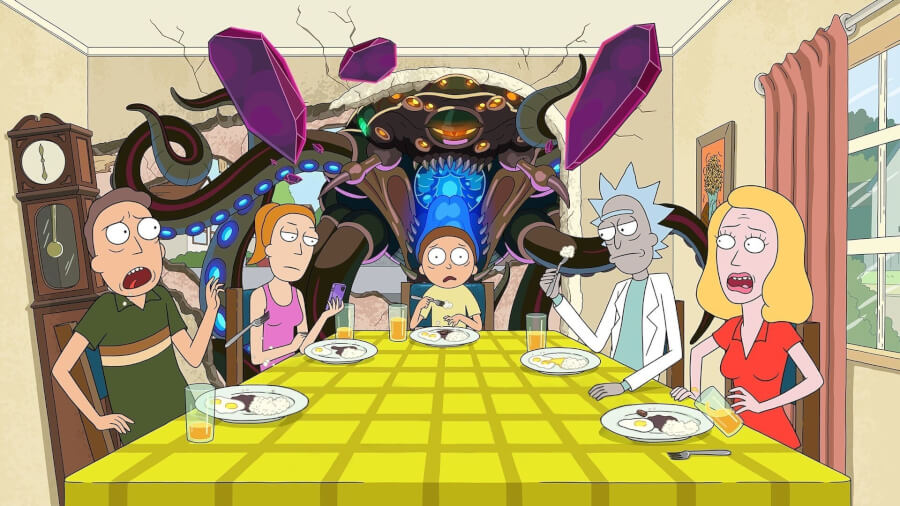 ‘Rick and Morty,’ created by Justin Roiland and Dan Harmon, is a sci-fi animated series that follows the titular grandfather-grandson duo on their several adventures across multiple dimensions and planets. Like Renzo from ‘Farzar,’ the show’s protagonist, Rick, is an egotistical person who is often at the root of several intergalactic conflicts. Similarly, both shows feature a similar style of homaging 80s films and television shows. Widely regarded as one of the best animated shows of all time, ‘Rick and Morty’ is a must-watch for fans of the genre. 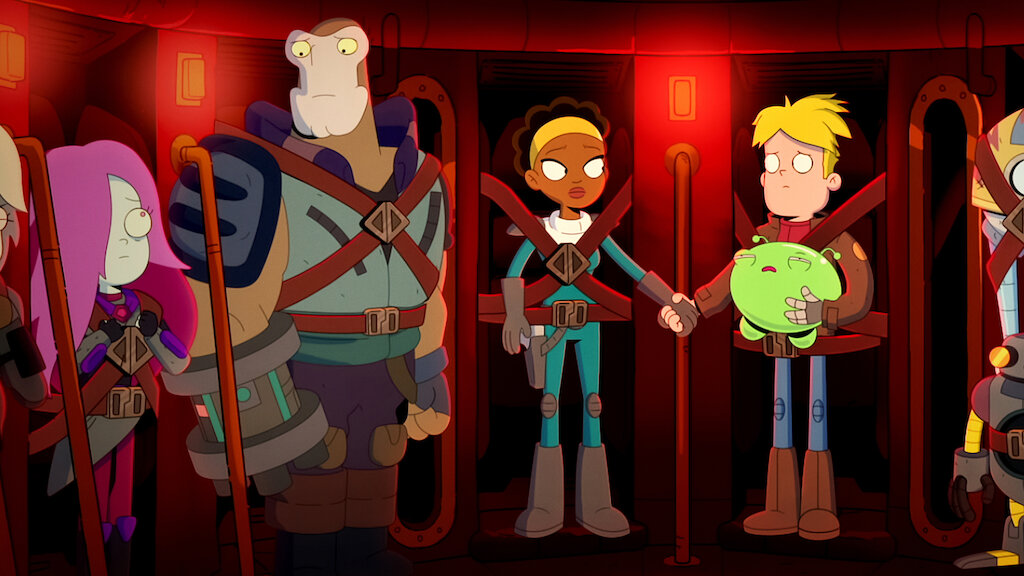 ‘Final Space‘ is an animated space opera that follows Gary Goodspeed, an energetic but dim-witted astronaut who embarks on a quest to uncover the secrets surrounding Final Space, the final frontier in space. The show’s creator is Olan Rogers, who developed the concept with David Sacks. For viewers looking for an out-and-out space adventure, ‘Final Space’ is an ideal pick. Moreover, the antics of Gary and his friendship with Mooncake will remind viewers of Fichael and Zobo from ‘Farzar.’ 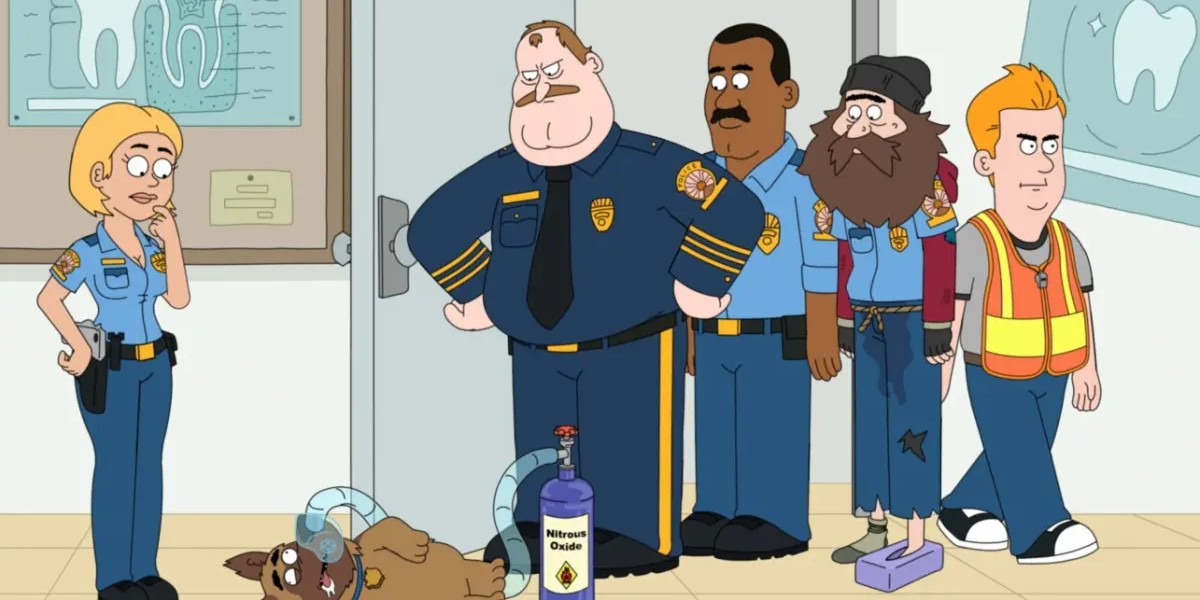 ‘Paradise PD‘ revolves around the titular small-town police department and features a wide array of interesting characters who resemble those in ‘Farzar.’ The series is also created by Waco O’Guin and Roger Black and will provide fans of ‘Farzar’ with a similar blend of sexually explicit humor and personal conflicts. Many of the themes and interpersonal problems that the characters in ‘Farzar’ face have their roots in ‘Paradise PD.’ As a result, the humorous tone and visual style of ‘Paradise PD’ are reminiscent of ‘Farzar,’ making it the top pick for the fans of the latter show.