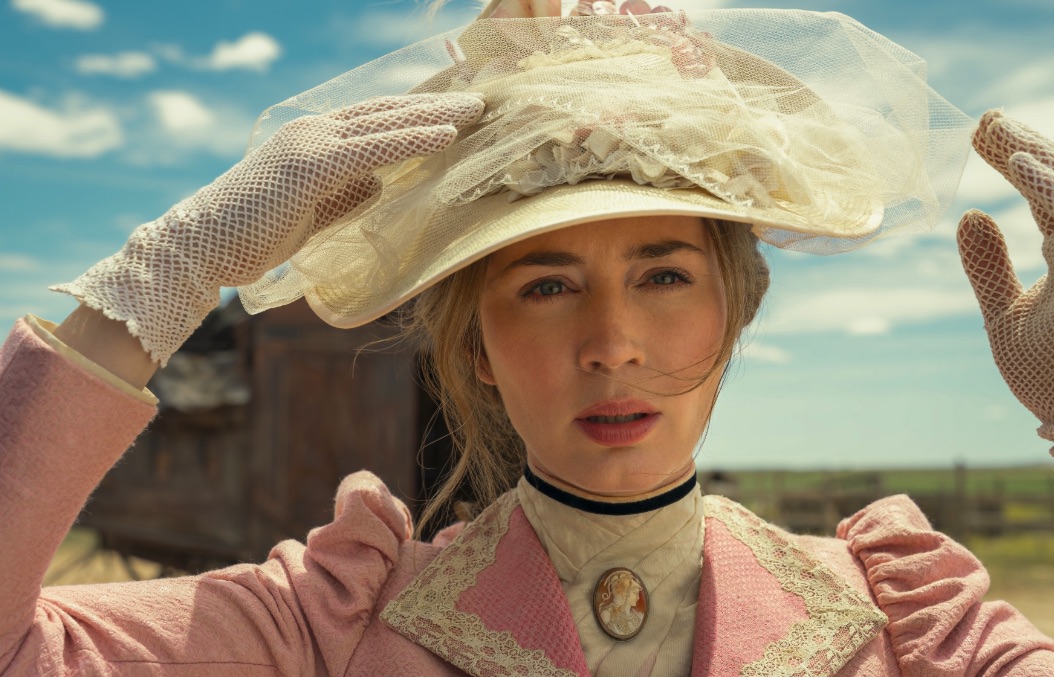 Prime Video’s ‘The English’ follows the story of Cornelia and Eli, who cross paths with each other and find their lives changed forever. The show falls in the genre of Western dramas but delivers a fresh story with a new perspective, giving the audience something that they haven’t seen before. The show begins as a tale of revenge, but soon becomes a story about identity and the role that fate plays in defining the path of one’s life. If you loved watching the show and are looking for similar engaging stories, then we have a few recommendations for you. Here are the shows like ‘The English’ that you can watch on Netflix, Prime Video, Hulu, and other streaming services.

Starring Pierce Brosnan in the lead role, AMC’s ‘The Son’ follows the story of a man named Eli McCullough. He was kidnapped by the Comanches when he was thirteen and was brought up by them. Now, in his old age, he runs a successful oil business and has to focus on the choice of his successors. The show takes place in two timelines. One happens in 1915 when old Eli struggles to maintain a stronghold on his empire. The second part takes place in 1849, as the young Eli lives with the Comanches. Through the contrasting times, the show highlights the allure of the Old West, while also focusing on important themes and events. Like ‘The English’, it presents a gritty narrative in volatile times.

Netflix’s Colombian miniseries, ‘Green Frontier’ falls under a different genre but shares the same undercurrents as ‘The English’. It mixes the elements of mystery, mysticism, preservation, and colonialism to tell a story that will leave you thinking about it for quite some time. The protagonist of the story is a young detective who investigates a series of murders on the Brazil-Colombian border. This puts her in touch with the indigenous people living in the forests. Soon, the detective discovers that the answer to her questions lies in things way more complex than her understanding.

While ‘Reservation Dogs’ does not fall in the category of Western dramas, it shares the heart and soul of ‘The English’. If the Native American aspect of Prime Video’s period drama caught your interest, then ‘Reservation Dogs’ will certainly be an enjoyable watch. It follows the story of a group of teenagers who want to escape their lives on the reservation. While being a comedy, the show touches upon themes like mental health and suicide, along with the complex dynamics in one’s family and community.

One of the things that set ‘The English’ apart from other Westerns is that it puts a woman in the seat of the protagonist. Here, Cornelia’s quest and her story take centerstage, instead of the story where women generally serve the secondary purpose of a romantic angle. If you want a similar show in the genre, where strong female characters take centerstage, then ‘Godless’ is the show to watch. It follows the story of a man who runs away from his mentor after stealing the entire loot of a robbery and ends up in a town that is populated mostly by women because most men died in a mining accident. Now, the man is at the mercy of the townsfolk, and his story intertwines with that of two other women.

A prequel to The CW’s ‘Walker’, this show shares a few plot points with ‘The English’. Much like the Prime Video series, it takes place in the late 1800s and follows the story of a woman who is on a quest to avenge the death of a loved one. For Cornelia, it was the death of her son, but for Abby Walker, it is the murder of her husband that throws her life into turmoil. Both women meet a man who helps them through their journey while forging a close bond with them. All these similarities make, ‘Walker: Independence’ the perfect series to watch after ‘The English’.

Starring Timothy Olyphant and Ian McShane in the lead roles, ‘Deadwood’ follows the story of the residents of the eponymous town. Set in the 1870s, it charts the growth of the town that starts off as a camp. The show has many characters based on real-life people and creates a searing image of the old West where lawlessness rules the land. It blends reality with fiction and delivers an engaging story that you get hooked to. While ‘The English’ ends in just one season, ‘Deadwood’ offers a more detailed look into the lives of the people of that era.

Based on the book of the same name by Tony Hillerman, ‘Dark Winds’ is set on the Navajo Reservation, where the case of a robbery is connected to the murder of a young girl and her grandmother. As officers Joe Leaphorn and Jim Chee investigate the cases, they uncover some disturbing things that threaten to upend the balance of their community. The mystery ripples through the episodes and seemingly irrelevant details start to make sense by the time the season wraps up. We see something similar in ‘The English’, where the minimal nature of dialogues is used to imbue more substance to the plot. Much like the Prime Video show, Native American identity is an important part of ‘Dark Winds’, and gives the audience a deeper look into their customs and beliefs and how it all plays into solving the case.