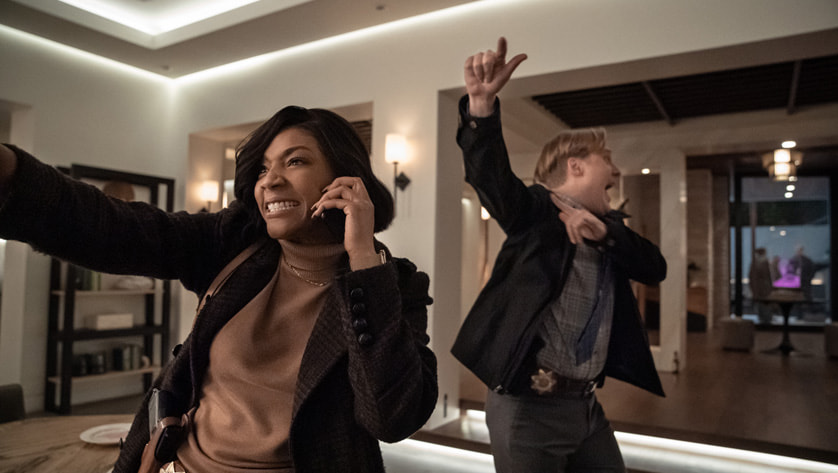 ‘The Afterparty’ opens with the murder of cringe-worthy gen-Z megastar Xavier (Dave Franco) and the raucous investigation that follows under Detective Danner (Tiffany Haddish). The quirky ensemble of guests present at the fateful party-turned-crime scene is interrogated, with each character giving their own eccentric views on what actually went down.

The Apple TV+ series blends comedy and crime, with the former generally in the driver’s seat. Thus, the plot has some pretty bizarre twists, to say nothing of the occasional animated episode. Season 1 closes on a fittingly jolly note, with things quite upbeat despite a murder having occurred just hours ago. So how do things turn out for all the kooky party guests? Let’s take a closer look at the ending of ‘The Afterparty’ and see what’s what. SPOILERS AHEAD.

The story opens with a high school reunion attended by former classmates, each of whom comes to the party with their own agenda. Aniq hopes to rekindle a momentary spark he had with Zoe, while Chelsea has revenge on her mind as payback for an embarrassing high school party. The star of the show is mega-celebrity Xavier, who moves the party to his mansion before mysteriously plummeting to his death from his bedroom balcony. 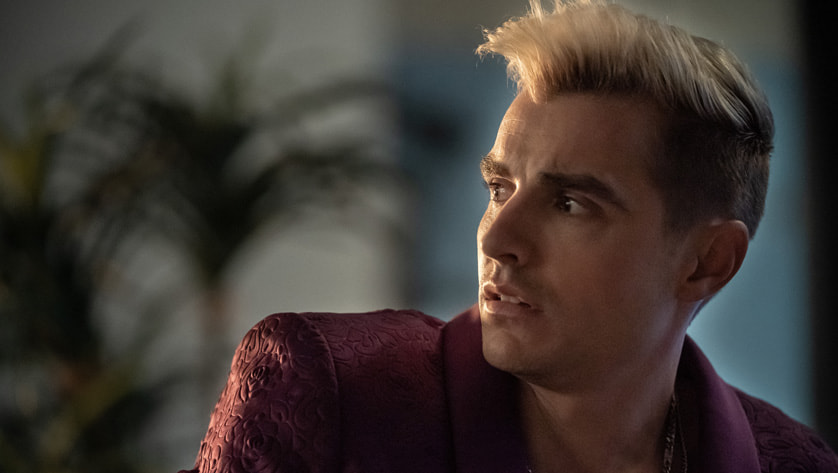 Detective Danner, who is initially ordered to merely secure the perimeter and ensure none of the guests (now potential suspects) leave, then takes it upon herself to solve the case. As she interviews each guest, a convoluted sequence of events is revealed. Finally, with no other suspects left to question, the detective turns to Zoe’s young daughter, Maggie.

The season finale opens with Maggie being interviewed by Detective Danner. The young girl cheerfully describes her version of the evening, answering some very crucial questions (like where Jennifer 2 is, and who drew the cat-face on Aniq) along the way. After hearing Maggie out, and with her corrupt replacement, Detective Aldrin Germain, en route to the crime scene, Danner collects all the guests in the living room and lays out her theory of who killed Xavier.

Through a process of elimination, Danner finally claims that the murderer is either Aniq, Brett, or Walt. All three protest loudly, and it is eventually revealed that Walt was merely trying to fulfill a streaking prank from fifteen years ago. Brett, the most violent of the three, then becomes the central suspect until Aniq, despite his dislike for Zoe’s “macho” ex-husband, reveals that Brett wasn’t near the crime scene when the murder occurred. This leaves Aniq all alone as the main suspect, and for a moment, it appears like the sweetest, most non-confrontational guest might go down for the murder.

The Afterparty Ending: Who is the Killer? How Did Xavier Die?

However, Danner is smarter than to suspect Aniq and instead announces that Yasper, the unlikely (and slightly insecure) AV systems installer, is the murderer. Since Aniq spends the entire evening (post-murder) with Yasper, this comes as a huge surprise. However, as Danner explains the sequence of events, the comedic and quirky Yasper’s guilt becomes increasingly apparent. 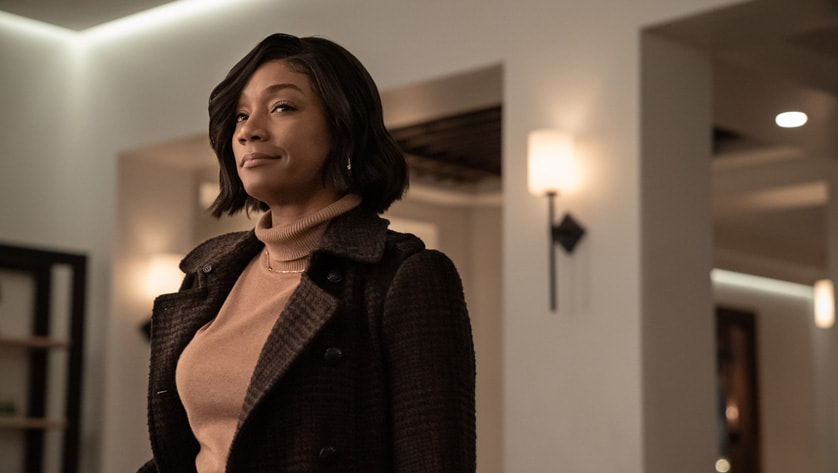 The AV installer’s loud protests are finally subdued when he is found in possession of Xavier’s phone, confirming his guilt. The rest of the room explodes in relieved sighs while Aniq looks on, shocked. Soon after, Yasper is escorted out where, despite his arrest, he is overjoyed to see a crowd of news reporters waiting for him. Aniq and Zoe zip away to finally have a moment together, and the season closes with the two kissing in the car as Zoe’s favorite high school song plays on the stereo.

And so, the season ends with the unlikely Yasper being revealed as the murderer. Despite it seeming utterly impossible for him to have killed Xavier, to say nothing of Yasper’s firm alibi, Danner outlines precisely how it all went down. As it turns out, Yasper planned to kill Xavier from around the time they reached the celebrity’s mansion for the titular “afterparty.” Having taken a picture of himself in the home’s recording studio as an alibi, Yasper proceeded to lure Xavier to his bedroom by using his phone to flicker the room’s lights.

The fact that Yasper had installed the complicated remote lighting and sound system around Xavier’s home helps him orchestrate the murder. After luring Xavier, Yasper hides in his cupboard, waiting for the opportune moment. When he finds the celebrity alone, the lanky AV installer and (ironically) Xavier’s former high school best friend pushes the celebrity off the balcony and to his death. To complete the ruse, the killer then climbs down from the balcony, so it isn’t apparent that he is coming out from Xavier’s bedroom.

Why Did Yasper Kill Xavier? Is Yasper Going to Prison?

Yasper, who seems like the only person remotely fond of Xavier and his success, is revealed to be putting on a show. In fact, he is simmering inside at the apparent betrayal by Xavier. In earlier episodes, we see that Yasper and Xavier were a musical duo in high school and regularly performed their song “How Great is this Party.” At the time, Yasper was the more popular of the two and subsequently threw Xavier out of the band. 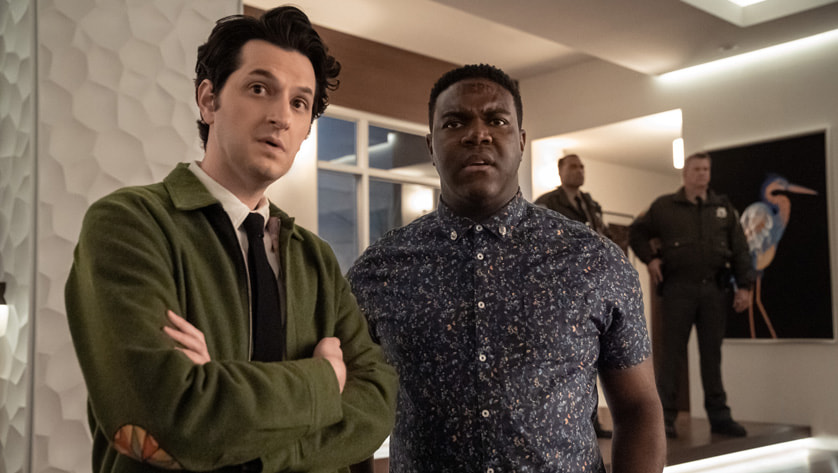 Years later, when Xavier became a celebrity, he hired Yasper to install a fancy AV system in his house. Left alone in the mansion, the latter went through the celebrity’s “work in progress” music files and realized Xavier planned on releasing a version of “How Great is this Party.” Unseen by the rest of the group, Yasper confronted Xavier at the reunion, only to be rudely snubbed by the obnoxious celebrity. Angry at his track and source of potential fame being stolen from him, and with no other way to recover the track, Yasper murdered Xavier.

According to Danner, the murderer planned on stealing the song after killing Xavier and subsequently releasing it as a duet and getting famous off the track. From the start, Yasper is shown as quite insecure about how his life has turned out, which is why he rents an expensive car to bring to the reunion. The fact that Xavier, his former band member, has made it big while Yasper is left behind makes him all the more bitter.

The celebrity stealing his song and refusing to share credit is the final straw and pushes Yasper to murder. Considering he confesses to the crime, it looks like Yasper is going to prison for a pretty long time. As a silver lining, the quirky criminal is overjoyed to see the press collected to watch his arrest, realizing that he is finally famous.

Where is Jennifer 2? Is She Dead or Alive?

The mystery of the long-missing Jennifer 2 is finally solved, ironically from the most unexpected source. Zoe’s daughter Maggie, during her “interrogation” with Danner, reveals that she saw “the woman named 2 drop her drink.” What the young girl means is that she saw Jennifer 2’s water break, and it is subsequently revealed that the missing woman has actually been in the hospital the whole time, giving birth. 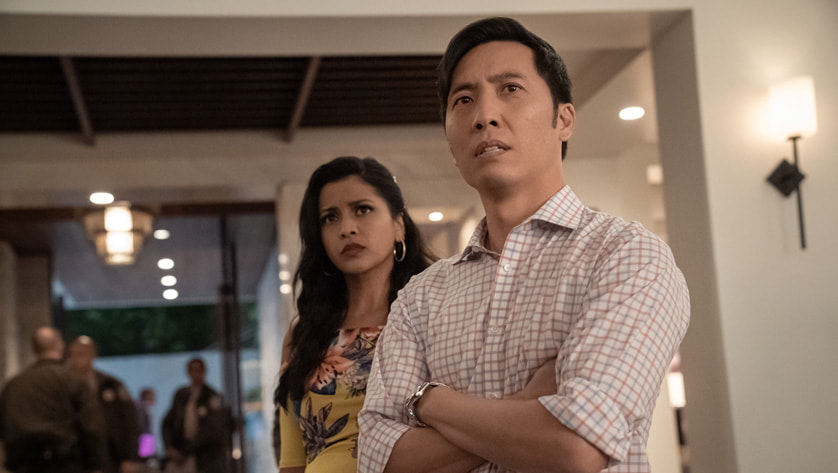 In the episode’s closing moments, Jennifer 1 reveals that Jennifer 2 has had a child and that her husband is on the way back from Tokyo to be by her side. Thus, despite some fears about her wellbeing, Jennifer 2 is very much alive.