The Masked Singer S03 E03 Reveals: Who Got Eliminated? 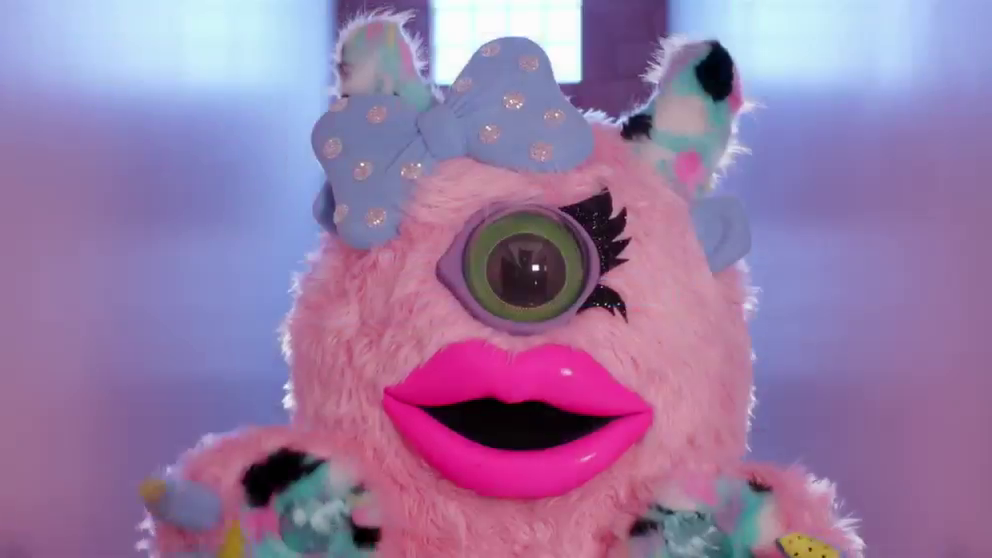 ‘The Masked Singer‘ Season 3 has given us a number of talented performers in Group A. As we already stated about the rules, the show progresses in an elimination pattern until three contestants are left in Group A. We have already seen Robot and Llama getting eliminated, and unmasked. Now, in the final episode for Group A, you might be wondering who gets eliminated and unmasked. We have got you covered in that regard.

Who Got Unmasked in The Masked Singer?

Unfortunately, Miss Monster gets eliminated tonight. We definitely consider it an upset, after she has been stellar in all her performances. However, the show is a combination of vocal prowess, and stage presence and Miss Monster could have done better in the latter. This week, she delivers a stunning rendition of Lesley Gore’s ‘You Don’t Own me’.

You can check out the performance below, hearing which Nicole comments that it is always an honor to watch Miss Monster perform.

In the clue package, Miss Monster’s hairstylist is the one speaking for her. Miss Monster has been rather fixated with her hair, as we see in the first episode itself. The hairstylist comments on how they met almost 18 years ago. Although the hairstylist was intimidated at first, Miss Monster is like a spiritual mother, now. The stylist also recounts that Miss Monster just had a curling iron in her bag when they first met, but the stylist used it to get the job done.

We also learn that Miss Monster has been through a lot, and has not always been in the limelight for the right reasons. A set of visual clues are also presented to us, including a pizza slice, socks, a bear, and a camouflage cloth, hanging from a clothesline.

In the letter that Miss Monster reads out, she addresses Thicke, saying, she had her ‘eye’ on him, and they met in Sin City. Robin immediately guesses this to mean an Award Show or a Radio Talk Show. Guest panelist Leah Remini hazards the first guess. She says that the performer is at ease, therefore is confident and old-school. She deduces Miss Monster is used to performing and goes with Mary Wilson.

Jenny picks up on socks and bears, as Chicago White Sox and Chicago Bears. Going by the baseball and football team references, she deduces that the performer might be Queen Latifah, who is not from Chicago but has appeared in the musical ‘Chicago’. Nicole guesses it might be Gloria Gaynor, and Robin says he did meet her in Las Vegas. However, as Miss Monster is walking off stage, Nicole casts doubt on her own guess, because Gaynor is from Jersey. She postulates it might be Chaka Khan.

Before Miss Monster is unmasked, the judges have another attempt to guess her identity. Nicole picks up on the legendary voice, coupling it with the iconic hair, and picks up on camouflage as a clue. She guesses the performer to be Chaka Khan, who has an album called ‘Camouflage’.

Ken Jeong had started out with Dolly Parton as a guess, because of the Southern twang. He then switched his guess to Celine Dion, because of the ‘Titanic‘ reference in the second clue package. He finally goes with Reba McEntire, who performed before the troops. Ken believes this is what the camouflage refers to.

Jenny sticks to her guess about Queen Latifah, while Leah goes with Mary Wilson. Notably, Thicke agrees with Nicole’s guess that it might be Chaka Khan. Ultimately, it is time for Miss Monster to take off her mask, and it is Chaka Khan indeed. Both Nicole and Thicke have gotten their first right guesses for Season 3, and as Robin has noted, he and Nicole have a flair for guessing the celebrities by hearing the voices. You can watch a clip of Miss Monster’s unmasking below.

Now that we know Miss Monster is Chaka Khan, Nicole and Robin are not the only ones elated. Notably, we have been guessing the same in Episodes 1 and 2. Further examining the clues, it turns out, our analysis has also been on point. The Queen chess piece that was shown refers to Chaka Khan being hailed as the Queen of Funk.

Meanwhile, the white socks and bear refers to Khan’s hometown, Chicago, known for the Chicago White Sox and Chicago Bears. The pizza slice obviously refers to Chicago’s famous deep-dish pizza. Lastly, the letter to Thicke refers to the time they met on a show in Las Vegas, around 10 years ago.

With the unmasking of Miss Monster, we have correctly guessed the identities of two participants from Group A. Follow us for more clues and guesses about performers from Groups B and C of ‘The Masked Singer’, in the coming weeks.