Where Was Hallmark’s The Most Colorful Time of the Year Filmed? Who is in the Cast? 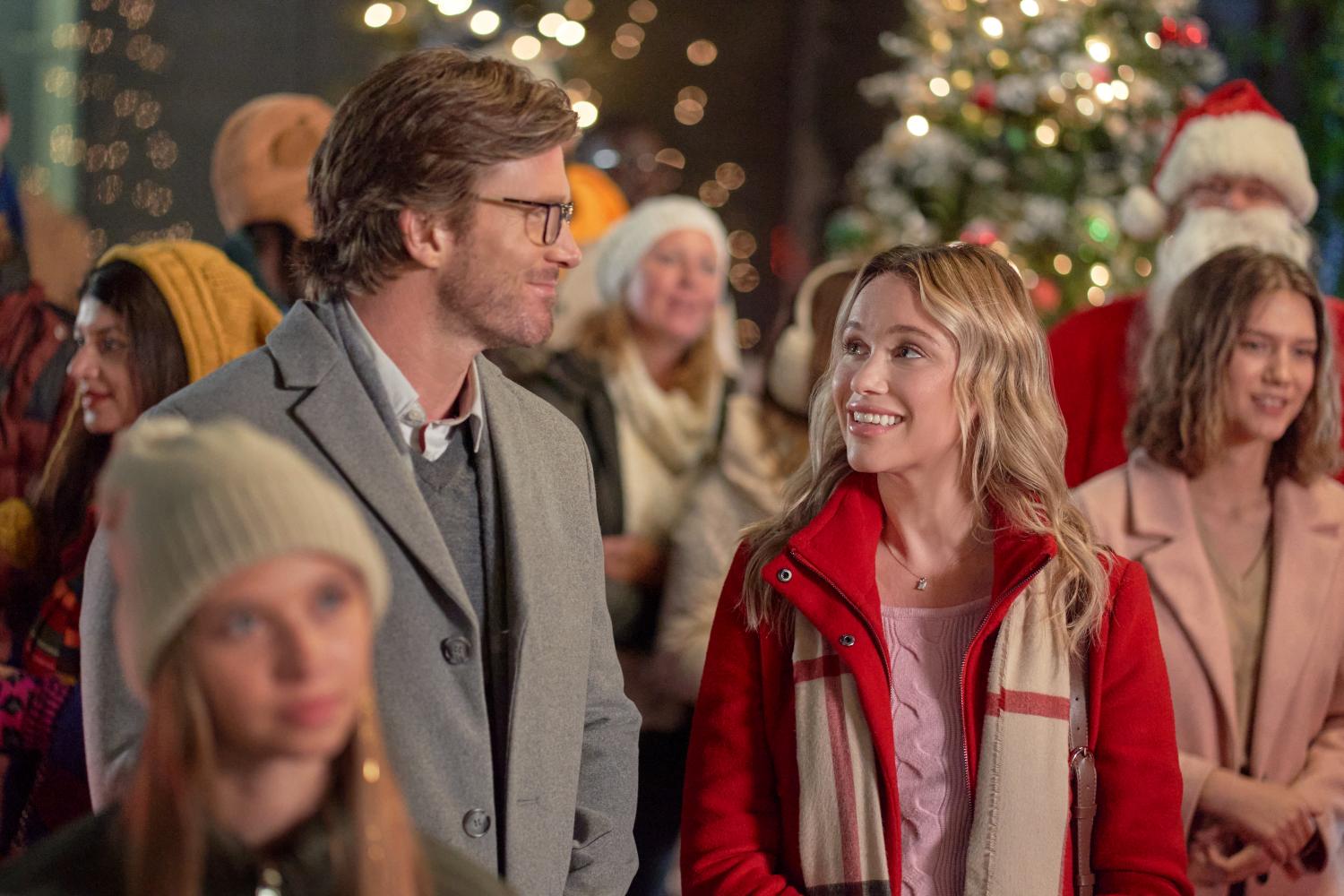 Directed by Max McGuire, Hallmark’s ‘The Most Colorful Time of the Year’ is a romantic comedy movie that revolves around the theme of finding colors over the festive season. The film follows an elementary teacher, Ryan, who discovers that he is colorblind upon meeting an optometrist. The latter, named Michelle, comes to an elementary school for a free eye check-up camp where her daughter Bailey is enrolled. She is determined to help her daughter’s teacher Ryan find colors and experience the beauty of Christmas.

Over time, Ryan and Michelle fall in love with each other. The heartwarming movie is a part of Hallmark’s ‘Countdown to Christmas’ lineup and highlights a huge part of its charm through the stunning visuals that allow the audience to feel the spirit of Christmas and everything it entails. Naturally, fans are curious to know where ‘The Most Colorful Time of the Year’ was shot, and we are here to answer the same!

The Most Colorful Time of the Year Filming Locations

‘The Most Colorful Time of the Year’ was filmed entirely in Ontario, specifically in Ottawa. Principal photography of the film began in August 2022 and wrapped up within a few weeks. Situated on the banks of the river of the same name, Ottawa boasts stunning scenery, a fascinating history, and an advanced infrastructure. Owing to these elements and several others, it is one of the most well-known filming sites in the nation.

Throughout the year, filmmakers visit several locations in and around Ottawa for the purpose of shooting. The Canadian capital provides a venue for any cinematic scene you would be searching for, from small-town charm to big-city activity. ‘The Most Colorful Time of the Year’ joins other Hallmark Movies that were shot in Ottawa, like ‘Boyfriend of Christmas Past,’ ‘A Christmas Carousel,’ and ‘My Grown-Up Christmas List.’ Let’s take a deeper look into the places where the movie was lensed!

‘The Most Colorful Time of the Year’ was primarily lensed across various places in Ottawa, the capital of the Great White North, which lies in the southeastern part of Ontario. As per reports, the actors and crew of the Hallmark production moved across the city to lens various sequences against appropriate backgrounds. Many scenes of the film were shot at the famous ByWard Market, one of the city’s oldest neighborhoods that highlight the essence of Christmas.

Different locations at the vibrant gathering place, like cobblestoned Clarendon Lane, including the Fairouz Café, Luxe Bistro, Jeanne’ Arc Court, Tin House Court, and Hair Republic Byward, were likely used for the filming. St. Matthew’s Anglican Church at 217 First Avenue in the Glebe neighborhood also doubled up for a few sequences in the movie. A few scenes were also shot at Avenue North Realty at 482 Preston Street. As per reports, Stella Luna Café and Wellington Vision Care also seemingly served as shooting sites.

The cast and crew had incredible fun and shared many laughs on the set of the heartfelt Christmas movie. In conversation with Digital Journal, actor Christopher Russell shared his experience during the filming of the movie. He said, “It was a lot of fun playing the schoolteacher. We were able to use a real school in the daytime (because we filmed it in August), and a lot of the kids in my class that played my students were so excited to be there. They were so keen and eager, and we developed this rapport.”

The actor added, “The kids would listen to me more than the director so I became an actual teacher to them. It was a lot of fun, and I got a couple of cute notes from that week written in crayon basically saying that they had a great week and it was pretty awesome.”

The Most Colorful Time of the Year Cast

Katrina Bowden essays the role of Michelle in ‘The Most Colorful Time of the Year.’ You might recognize her from her other works such as ‘Great White,’ ‘The Bold and the Beautiful,’ ‘Winterfest,’ and others. Christopher Russell plays the role of an elementary teacher Ryan Tanner. He has appeared in other prominent productions, including ‘A Lot Like Christmas,’ ‘Day of the Dead,’ ‘The Mistletoe Secret,’ and ‘A Doggone Christmas.’

Read More: Where Was Hallmark’s Undercover Holiday Filmed? Who is in the Cast?