The One That Got Away: Where Are They Now? 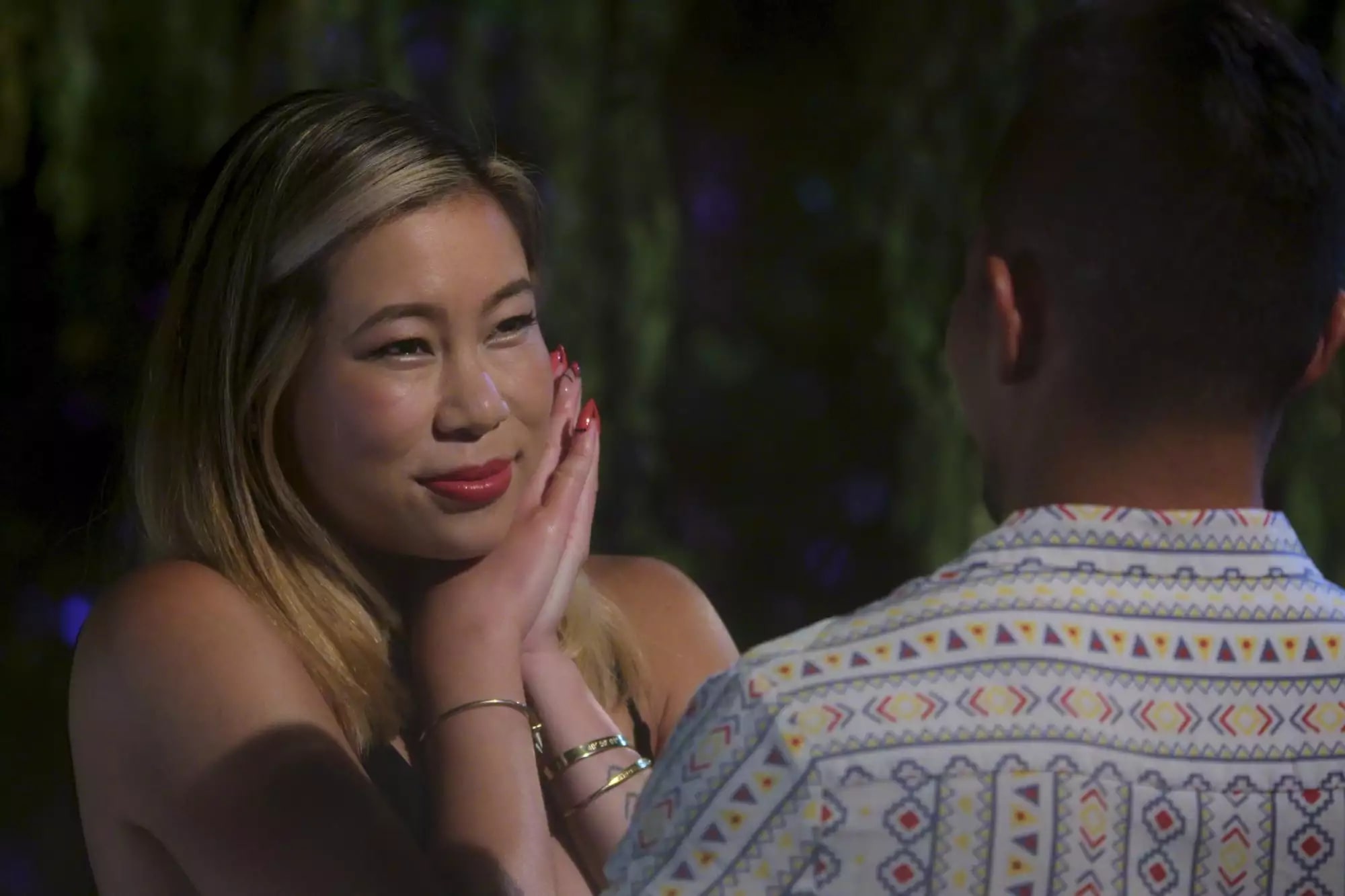 As a reality dating series that dredges up a group of singles’ pasts to help them find their future in the form of true love, Amazon Prime Video’s ‘The One That Got Away’ is unlike any other. It essentially focuses on second chances and missed connections rather than encounters with strangers, leading to bonds — whether platonic or romantic — that can only be described as wholesome. So now that we’ve seen the incredible way season 1 plays out, let’s learn precisely what its final couples, as well as a few other prominent cast members, are up to these days, shall we?

Where Are Ashley and Quinn Now?

Following some trying drama with both her “Work Convention Hero” Kyle and her “Social Media Stud” Taylor, the entry of Ashley Algarin’s ex-boyfriend Quinn Wentzel turned her entire world upside down. She soon realized she needed someone who was not only kind and compassionate but would also accept her despite every single one of her flaws, driving her to reunite with Quinn for good.

Ashley and Quinn had left the production early (in episode 8), yet it doesn’t appear as if they were able to make their involvement last. However, it’s not something either seems hung up about, primarily because the latter is currently devoted to his racing career, whereas the former is preparing to welcome a baby girl around mid-August 2022. Moreover, Ashley is a part-time model, a vocation she maintains while continuing to serve as a CT/X-ray technician at a local hospital in her home state of Ohio.

Where Are Vince and Yurika Now?

The spark between Vince and Yurika was undeniable from the get-go, which is why it came as no surprise when he decided to conclude their experience by getting down on one knee. After describing what he felt as both real as well as magical, he declared, “I love you. I love you. I love you. Will you marry me?” to which she shyly yet happily replied, “of course!” The two adorably sincere individuals thus stepped into the everyday world hand in hand, only to face the actualities of long-term long distance.

While Vince Xu is based in Los Angeles, Yurika Yoneda has gone from San Francisco to Japan and then from Los Angeles to San Francisco again before settling in New York City, at least, for the moment. With that said, though, their indirect interactions on social media do suggest they could still be together, so we’re staying optimistic until (if they ever) reveal otherwise. We should mention that the dog dad to an English Staffy named Leo is a personal injury attorney, whereas the UCLA graduate is a consultancy professional.

Where Are Jeff and Alex Now?

Jeff Perla and Alex Van Gurp have honestly been through every stage of a relationship to exist; strangers, friends, dates, friends with benefits, best friends, and then much more. Unfortunately, that’s precisely why even their online presence is no help in discerning whether they’re romantically involved or just mates again at the moment. We know they continue to remain in touch and seem to have a great understanding of each other, but nothing more concrete — it hence just leaves us hopeful. 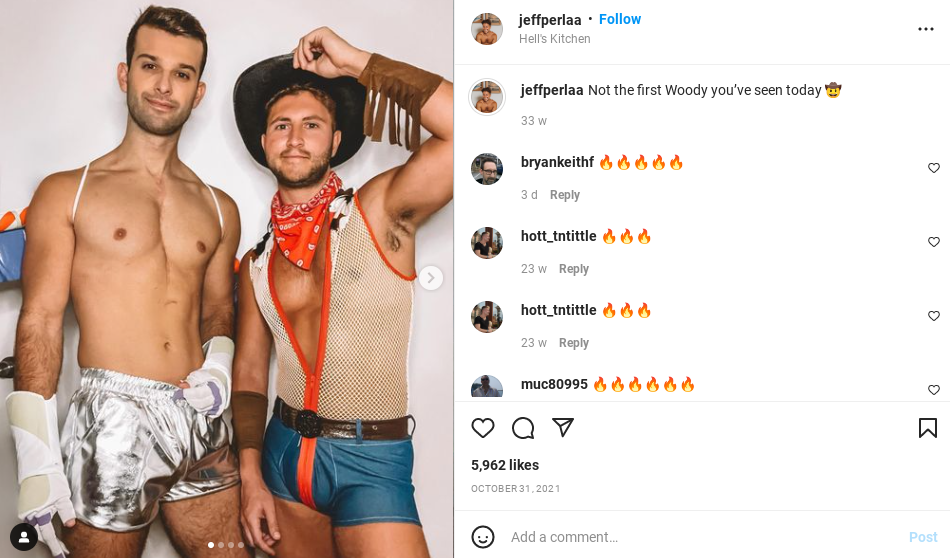 As for their whereabouts, both Jeff and Alex presently appear to reside in East Hampton in New York, where the latter, in particular, works in financial consultancy as an employee at Ernst & Young (EY). On the other hand, Jeff is a lifestyle-based correspondent for Luxxeliving as well as the founder of a travel blog aptly named The Travelin Bum. He’s a digital creator through and through.

Where Are Kasey and Simon Now?

Kasey Ma had decided to join the cast of ‘The One That Got Away’ to give love another shot, and she did find it, albeit within herself. She was healing from two heartbreaks — the loss of her mother to cancer as well as the end of a 7½-year relationship — and Simon Fung still managed to help her see her self-worth. Therefore, they walked out of “the portal” together, but they’d agreed on “no commitment. Let’s see where it takes us.”

It’s unclear whether Kasey and Simon managed to maintain their connection or not, yet they do remain friends, as evidenced by their communication in the form of likes/comments on networking sites. Coming to their professional standing, while Los Angeles/New York City-based Kasey is still a twitch streamer who also focuses on the fashion, travel, and beauty industries, MBA-graduate Simon is a strategy consultant residing in Brooklyn.

Where Are Allyssa and Adam Now?

Since Allyssa and Adam had left upon professing their love for each other following his sweet gesture of getting down on one knee to present her with a promise ring, we believe they’re still involved. After all, not only had their values aligned to a tee while they were learning who their potential partner really was, but today they also seem to stay in touch on social media. They haven’t shared any posts as of writing or given us an explicit hint, yet their subtle interactions on promotional uploads or via likes/comments keep us optimistic.

As an approximately 6-foot tall model, Allyssa Anderson has actually dubbed herself a “professional tall girl” on her Instagram page, and Adam Drexler is even taller than her. He’s the son of basketball Hall of Famer Clyde Drexler, a professionally renowned basketball athlete himself, and a passionate music composer. With the way these two are currently focusing on their professional aspirations, it’s clear their journey is only just beginning.

Where Are Nigel and Dezi Now?

Despite everything they went through, it doesn’t look like Nigel Sydnor and Desiree “Dezi” are still together, especially as his relationship status on Facebook reads “single” loud and clear. Thus, moving to his individual standing, we should mention that he resides in Los Angeles, California, at the moment, where he serves in the real estate investing industry, dabbles in e-commerce, and is the owner of Elevations Barbers Lounge. Unfortunately, on the flip side, we couldn’t find any public information on Dezi.

Where is Dylan Palladino Now?

Dylan Palladino was the first to step out of “the portal” for Kasey Ma, and it did appear as if they’d end up together despite their misunderstandings, that is, until Simon came along. However, he seems perfectly content with his present situation, especially as he leads a comfortable life in New York. That’s because he’s not only a stand-up comedian as well as the co-host of the ‘Why Do Guys…?’ podcast alongside Usama Siddiquee, but he also still has Kasey as a friend.

Where is Anthony Wright Now?

Although Anthony Wright didn’t get his heart’s desire out of his connection with Jeff Perla, he hasn’t let it dim his spark one bit. In other words, the New Yorker continues to be loud and proud about who he is in the city as a photographer, a musician, and a dancer — or as he likes to call it, “Picture taker 📸 Music maker 🎼 Dance breaker💃🏽.”

Where is Kyle Freeman Now?

Where is Alicia Nelms Now?

Alicia Nelms was the first woman to walk through “the portal” for Nigel Sydnor, and she stayed almost right until the end. The best part, though, was that their parting was rather mutual, meaning she had the best possible experience before moving on to be her true self. From what we can tell, she’s still spiritual, plant-based, and based in Los Angeles, where she serves as a hairstylist, photographer, and aspiring entrepreneur. Her website, for trading in jade/crystal accessories, will be launching soon.

Where is Travis M. Now?

Travis was one of the most thoughtful and endearing dates to be a part of this reality production, yet Allyssa Anderson didn’t feel the spark for even a moment. Not to worry, though; he has since moved on to achieve a lot more, at least professionally. The Houston, Texas native, or as he refers to himself, the Acrobatic Rappin’ Addict, recently released his EP ‘Misfits,’ which you can listen to on every mainstream music platform right now.

Read More: Are Yurika and Kyle From The One That Got Away Still Friends?