The Spongebob Movie: Sponge on the Run: Everything We Know 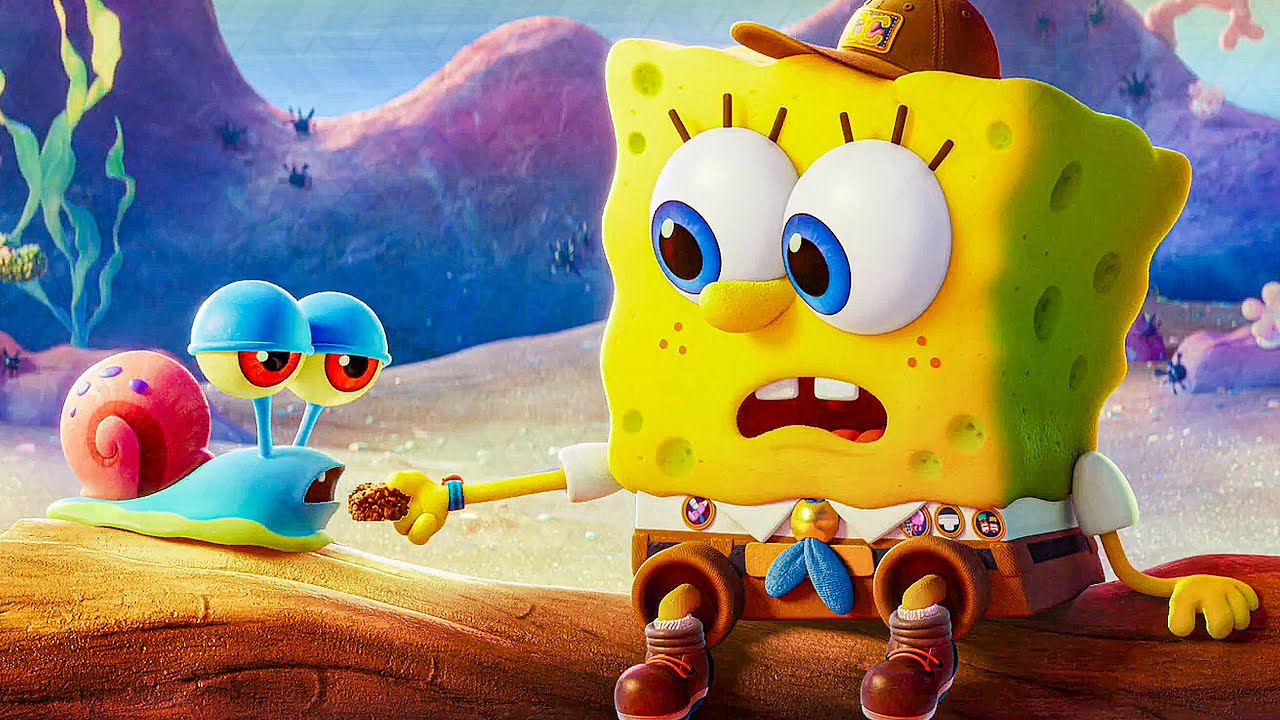 ‘Spongebob Squarepants’ is one of the most popular television series out there. It is inventive, fresh and feels effortlessly simple. The series is definitely not appealing to kids only. It is quite popular among college students who grew up on it too. The upcoming movie, ‘The Spongebob Movie: Sponge on the Run’ will attempt to cash in on this wave of popularity with the cinematic adaptation.

Spongebob Squarepants has come out of our television aquariums onto cinema halls on more than one occasion. Hence, the movie will be nothing new for our underwater friends. However, this time around, there is an impressive cast and crew attached which promises that the movie will be a befitting addition to the franchise. Read on more to find out more details about t’ The Spongebob Movie: Sponge on the Run.’

The Spongebob Movie: Sponge on the Run Plot: What is it About?

Spongebob Squarepants is extremely satisfied in life and his optimism might be irritating at times but it is overall delightful. However, his perfect life is challenged when his pet snail, Gary suddenly disappears. Spongebob believes that Gary has been snailnapped by Poseidon. In order to rescue him, he travels to the lost city of Atlantic City along with his best friend, Patrick.

Hence, ‘The Spongebob Movie: Sponge on the Run’ can be said to be a buddy adventure film. The duo must fight distractions in the wondrous Atlantic city in order to stay focused on the task at hand. On their way, they come across several helpful characters who assist them in their task as they realize that friendship is the biggest power they possess.

The Spongebob Movie: Sponge on the Run Cast: Who is in it?

Most of the characters in ‘The Spongebob Movie: Sponge on the Run’ have been voiced by performers who have been lending their voice to these characters on TV for a long time now. Their voices have becoming iconic and their resonance with the beloved characters is surely unmatched.

The American voice artist, Tom Kenny voices Spongebob Squarepants for this movie. Kenny is known for adding another dimension to his voice-over performances, going out of his way to figure out how a character might sound because of his/her personality. For Spongebob, he felt that his voice would be “kind of like a Munchkin but not quite, kind of like a kid, but not in a Charlie Brown child’s voice on the TV shows.” Apart from voicing Spongebob, Kenny also plays Patchy the Pirate in the television series’ live-action segments. Moreover, he also voices Gary the Snail on TV and will be reprising that role for the movie as well.

Bill Fagerbakke will lend his voice to Patrick. Just like Kenny, Fagerbakke has been providing his voice for the show since its inception in 1999. He has reprised that role for every other adaptation made as well and it will be no different for the 2020 movie. Other than that however, he is known for starring in the sitcom, ‘Coach’ and playing Marshall’s father in ‘How I Met Your Mother.’

Roger Bumpass voices Squidward Tentacles in the movie. He has also voiced that character, among many minor ones ever since the show’s inception. Clancy Brown voices the character of Mr. Krabs in the movie, just like he does on the show as well. He has also appeared in movies such as ‘The Shawshank Redemption.’

Apart from the above-mentioned performers and several more artists who will reprise multiple characters from the show, ‘The Spongebob Movie: Sponge on the Run’ also features several celebrities who will make cameo appearances as their live-action selves. Such a style has been common for the Nickelodeon show and several people have appeared in the animation in the form of a live-action “stickers.”

Keanu Reeves is perhaps the most popular star who will make an appearance in the movie. Reeves has had a fantastic year so far and when fans found out about his presence in this movie, they went wild. Reeves is known for starring in extremely successful movies like the ‘John Wick’ franchise and ‘The Matrix’ trilogy. Apart from his acting, he is also known for his kind and down-to-earth personality.

Moreover, the ‘Ocean’s 8’ and ‘Crazy Rich Asians’ star, Awkwafina is also a part of the movie’s cast. Moreover, the rapper, Snoop Dogg will also be seen. That is certainly an interesting choice for the movie and a rather perfect fit given Snoop’s demeanor.

The Spongebob Movie: Sponge on the Run Crew: Who is Behind it?

Apart from Hill, the movie’s screenplay is written by Jonathan Aibel, Glenn Berger and Michael Kvamme. Aibel and Berger are also known for writing the ‘Kung Fu Panda’ movies and ‘Trolls.’

Moreover, the Academy Award winning music composer, Hans Zimmer has composed the score for ‘The Spongebob Squarepants Movie: Sponge on the Run.’ He is known for composing the music for movies such as ‘The Lion King,’ (for which he won an Oscar), ‘Dunkirk’ and ‘The Pirates of the Caribbean’ series.

The cinematography is handled by Larry Fong. While Nickelodeon Movies is producing the movie along with Paramount Animation, United Plankton Pictures and Mikros Image, Paramount Pictures is the distributor.

The Spongebob Movie: Sponge on the Run Release Date: When Does it Premiere?

The movie is schedule to be release on May 22, 2020. Earlier scheduled to be released in February, the release date was changed multiple times. Although the movie will be fully computer animated, the makers have ensured that it has the feel of traditional, hand-drawn animation.  It certainly promises to be a painstakingly perfect cinematic adaptation of the television series.

The Spongebob Movie: Sponge on the Run Trailer:

You can watch the trailer for ‘The Spongebob Movie: Sponge on the Run’ below. It shows off the movie’s delightful animation exceedingly well, apart from snippets of Keanu Reeves’ appearance. The trailer oozes nostalgia and viewers will surely be transported back to their childhood after watching it. We cannot wait to see our underwater friends back in action in a new avatar and we’re sure that you are equally excited, if not more.