We Own This City Episode 3 Recap and Ending, Explained 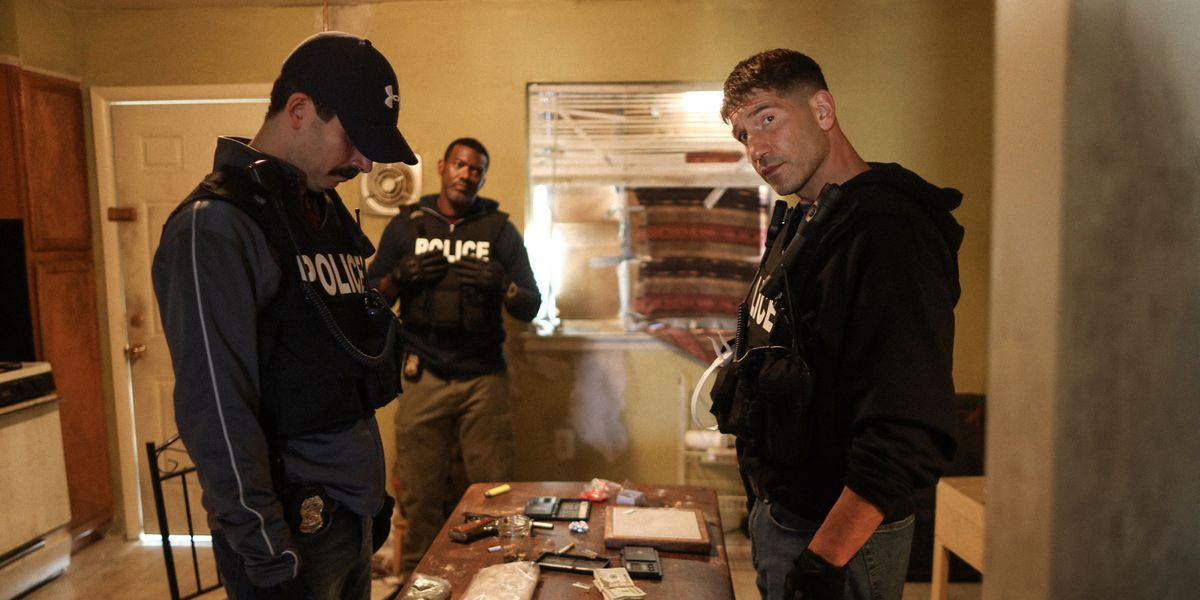 The third episode of ‘We Own This City‘ continues to tell the story of the corruption within the Baltimore Police Department’s Gun Trace Task Force. While the episode, titled ‘Part Three,’ showcases the height of corruption within the department through FBI Agent Erika Jensen’s investigation, it also highlights the efforts of the other cops merely trying to do their jobs and keep the city safe. Thus, the episode provides a narrative contrast and forces viewers to examine the actions of the GTTF’s officers. If you wish to catch up on the episode’s events and ending, here is everything you need to know about ‘We Own This City’ episode 3! SPOILERS AHEAD!

We Own This City Episode 3 Recap

Episode 3, titled ‘Part Three,’ opens with Sergeant Thomas Allers speaking with his lawyer at the FBI Detention Center after he was arrested along with his fellow GTTF officers. Allers’ lawyer informs him that the other officers are prepared to testify against their senior in court. Therefore, Allers could face harsh punishment for his crimes. In a flashback to 2016, we see Daniel Hersl’s superiors informing him of the complaints against him. As a result, he is being transferred to a different department. At Allers’ behest, Hersel is assigned to the Gun Trace Task Force.

Later, Hersl joins Allers, Momodu “G Money” Gondo, and Jemell Rayam on his first raid as a GTTF member. During the raid, the police apprehend Devaughn Robinson, who has alleged ties to drug dealers. Later, the GTTF raids Robinson’s house and finds guns stashed in his belongings. During the raid, Allers quietly pockets $10,000 belonging to Robinson without his team’s knowledge. Meanwhile, Kevin Davis discusses the plea agreement with Nicole Steele. However, he expresses concerns over the change of mayor affecting the agreement.

Elsewhere, Agent Jensen continues tapping the BPD police officers while Wayne Jenkins begins to enjoy working as a plainclothes officer. Sean Suiter investigates a homicide case and speaks with officer Jaquan Dixon who offers to help Suiter. Steele meets with activist Tariq Touré and gets his perspective on the state of policing in Baltimore. Jenkins enjoys the extra cash he makes from abusing his power as a plainclothes officer. His superiors teach Jenkins how to perfect reports to justify his use of excessive force on the street. With Dixon’s help, Suiter solves the murder case, but a series of flashbacks reveal his association with Jenkins and other corrupt cops of BPD.

We Own This City Episode 3 Ending: Is Suiter A Corrupt Cop?

The second episode of the series brings Sean Suiter into the spotlight and showcases his work as a homicide detective in the BPD. Suiter’s work contrasts that of the GTTF as it is less flashy and requires actual cooperation with the citizens. However, as viewers witness in the third episode, Suiter’s job has become difficult because of the bad reputation the BPD has obtained in the aftermath of Freddie Gray’s death. Moreover, the citizens are afraid to speak with the police due to the plainclothes units’ ruthless actions on the streets.

While Suiter’s character provides a thematic contrast to the show’s narrative, the episode’s ending also provides a moral contrast. In the end, viewers learn of Suiter’s past as a plainclothes officer. Suiter was partnered with Jenkins raising questions over his morality as a cop. It is earlier hinted that Suiter has also worked with Gondo. Gondo ridicules Suiter for working in the homicide department as it pays significantly less. During a raid on a drug dealer, Jenkins insists on taking the cash from the dealers for their own use. However, Suiter is against the idea. Therefore, it is evident that Suiter is one of the better cops in the BPD who cares about the city’s state of policing.

Suiter’s work in solving homicide cases shows his dedication to his job as a police officer. Moreover, Suiter and Dixon represent the good cops in the BPD who want to do their job. Suiter’s situation is juxtaposed against that of the other cops, such as Jenkins and Allers, who believe that their work is making a difference on the streets of Baltimore. However, in reality, they are merely filling their pockets as the BPD’s reputation suffers.

Read More: We Own This City Episode 2 Recap and Ending, Explained