We Own This City Episode 4 Recap and Ending, Explained 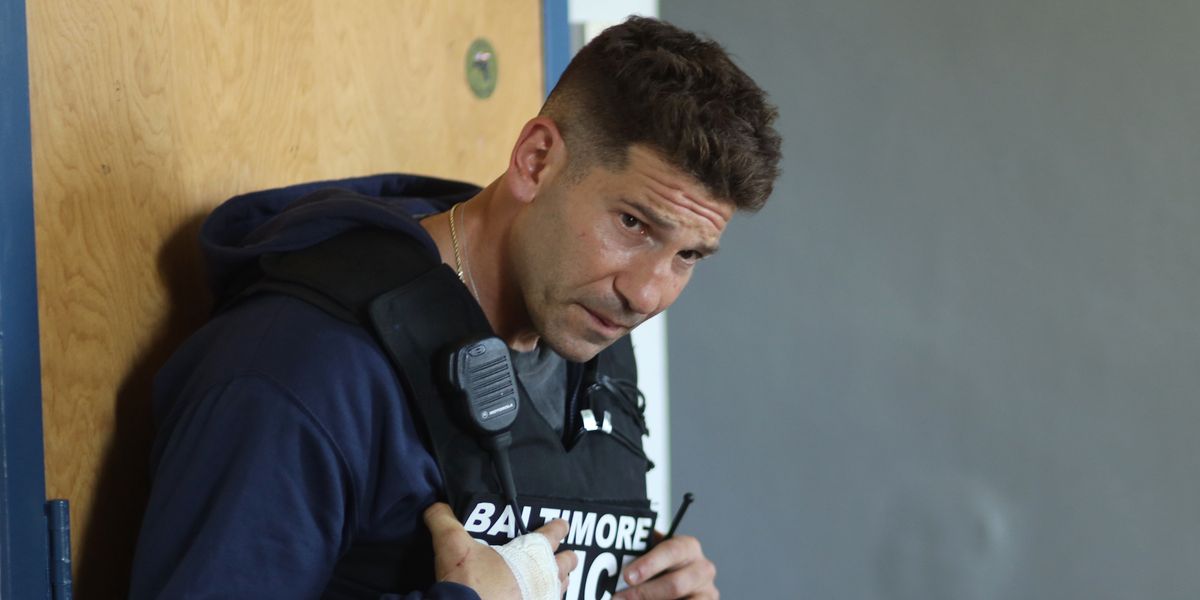 ‘We Own This City‘ episode 4 continues to detail the rise of corruption within the Baltimore Police Department. In the episode titled ‘Chapter Four,’ FBI Special Agent Erika Jensen continues her investigation and interrogates Gun Trace Task Force member Maurice Ward. Meanwhile, she also gathers more information about the career of Wayne Jenkins from his former partner Ryan Guinn. In the end, baffling details come to light that will make viewers question the true nature of the BPD’s cops and how corruption drives them. If you wish to catch up on the episode’s events and ending, here is everything you need to know about ‘We Own This City’ episode 4! SPOILERS AHEAD!

We Own This City Episode 4 Recap

Episode 4, titled ‘Chapter Four,’ opens with a flashback to a 2010 incident involving Wayne Jenkins. While on surveillance, Jenkins is informed of a black Acura car with suspected criminals. Jenkins locates and follows the car, and the chase results in a road accident. After Jenkins arrests the driver, Sean Suiter finds a stash of drugs in the vehicle. In the present, Ryan Guinn, who was present during the incident, details the events to Erika Jensen and John Sieracki. The scene shifts to the FBI Agents interrogating GTTF member Maurice Ward in the detention facility. Ward apologizes for his actions before continuing with the interrogation.

Ward recalls his first days in the GTTF. He reveals that Jenkins had a reputation for being involved in unethical behavior, and Sean Suiter had warned him not to become involved in Jenkins’ business. Ward further claims that the BPD’s top brass protected Jenkins despite his questionable actions and a slew of complaints against him. Ward admits to having stolen money with Jenkins and other GTTF cops. Simultaneously, we learn about Jensen and Sieracki’s investigation of the allegations against Jenkins.

Elsewhere, Nicole Steele and Ahmed Jackson continue their investigation of BPD Officers for the Department of Justice. However, an interaction with Police Commissioner Kevin Davis makes it evident that the BPD’s top brass is protecting its officers amidst serious misconduct allegations. In the interrogation room, Ward reveals that while there was a disciplinary case against Jenkins for his alleged planting of drugs, it was dropped amidst the Freddie Gray Incident. During the riots instigated by Gray’s death, Jenkins saves his fellow injured officers and contributes to containing the riots. Thus, he regains the department’s respect. However, in the end, Ward details another incident that makes viewers question Jenkins and the GTTF’s morality.

We Own This City Episode 4 Ending: Who Is Responsible For the Corruption?

Towards the episode’s end, Ward details an incident involving himself, Jenkins, and other GTTF officers. After finding cocaine in the car of a man named Stevenson, Jenkins keeps some of the drugs to himself. Later, he gets a warrant to search Stevenson’s house, believing that they will find more drugs and cash at his apartment. Jenkins and his unit find a safe at the apartment that they break open.

Jenkins divides the money among the unit and keeps some inside the safe. He then asks the other officers to film themselves opening the safe. Ward notes that Jenkins took the lion’s share of the money for himself, and none of the officers had a problem with it. However, Ward also mentions that he was uncomfortable keeping the money as it could jeopardize his family.

In the episode’s closing moments, the GTFF members assemble at a bar where Jenkins reaffirms that what they are doing is right. He argues that they put their lives on the line for the city and deserve to fill their pockets. Jenkins motivates his team by stating that as long as they produce the guns and drugs, the top brass does not care what they do. Hence, Jenkins claims that the officers “own the city.”

The episode’s ending highlights everything that is problematic with the mindset of the BPD officers who are involved in corrupt actions. Earlier in the episode, Jenkins expresses his dismay at the sentences against the cops responsible for Freddie Gray’s death. The scene, combined with the episode’s ending, reiterates Jenkins’ ideology that as a plainclothes cop, he has full right to tackle any situation as he pleases.

Hence, it is evident that Jenkins believes that the officers are above the law. Jenkins propagates his ideology to other GTTF members. Thus far, the series hints that the state of politics, the distrust of citizens, and the top brass’ indecisiveness, are all somewhat responsible for encouraging the corruption in BPD. However, the episode’s ending highlights that the mentality of the cops is a prime factor in the rampant corruption in BPD.

Read More: We Own This City Episode 3 Recap and Ending, Explained