Where was Big Eyes Filmed? 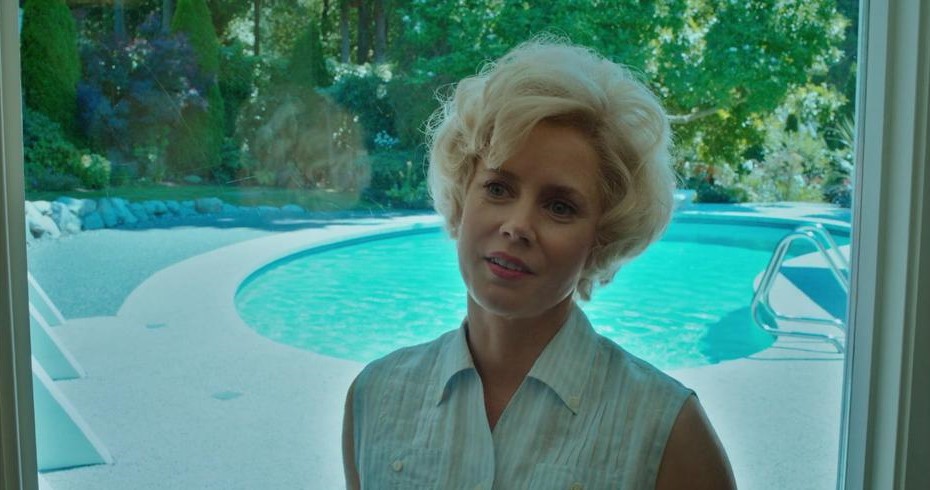 ‘Big Eyes’ is another feather in Tim Burton‘s directorial cap. The movie is a biographical drama centered around the famous artist Margaret Keane nee Hawkins and her second husband, Walter Keane. The film starts with Margaret fleeing her first husband and moving to San Francisco with her daughter Jane. She meets Walter Keane, and they bond over their mutual artistic talents. Enchanted by her beau, Margaret marries Walter when he proposes, and the small family starts living together.

However, Walter is desperate to have an art gallery. After seeing the worth of his wife’s art pieces, he convinces her to keep painting and let him take the credit for the work. The ruse starts eating the talented artist from the inside, who soon discovers that Walter’s lies go deeper than she had thought. The film is a cinematic masterpiece with excellent performances by Amy Adams and Christoph Waltz. The beautiful cinematography and authentic backdrops keep the audience hooked. If you are interested to know about the locations that feature in the biopic, we have all the details you need!

‘Big Eyes’ was filmed in the USA and Canada, particularly in California, Hawaii, and British Columbia. The filming began in July of 2013 and lasted for several weeks. Let’s look into the specifics of the places that served as backdrops in ‘Big Eyes.’

San Francisco in California serves as the setting for several scenes in ‘Big Eyes.’ Naturally, the production decided to take advantage of the beautiful coastal city to provide authentic backdrops for the film. One of the most well-known places that feature in this movie is the Saints Peter and Paul Church at 666 Filbert Street. That is where we see Margaret confess to a priest about lying to her daughter Jane. 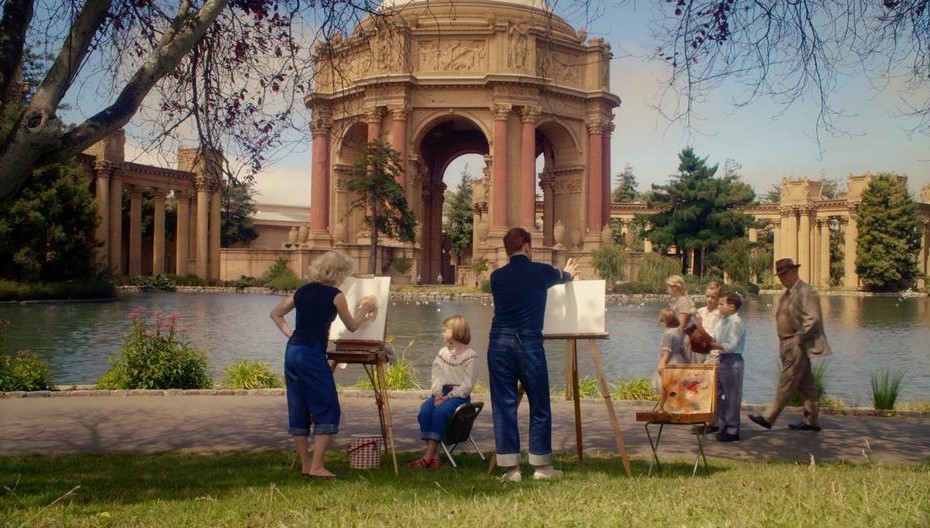 With its beautiful architecture and paintings visible in all their glory, the Palace of Fine Arts at 3601 Lyon Street appears in the movie as well. The North Beach and Golden Gate Bridge can also be seen in the background of a few scenes in the biopic.

The City of Angels is one of the primary locations where ‘Big Eyes’ was filmed. The Californian city of Los Angeles is the heart of America’s film industry and is home to several renowned film studios. No wonder the filming crew of the Amy Adams-starrer utilized the city to lens several sequences. Movies like ‘Moon Knight‘ and ‘Spider-Man: No Way Home‘ were also shot in LA.

Home to Hawaii’s capital city Honolulu, O’ahu is the third-largest island within the state. The region is rich in culture and natural beauty. Given that Honolulu became the eventual home of the Keanes, the production team of ‘Big Eyes’ traveled to O’ahu to capture scenes within the capital city and other places on the island. You may recognize the Royal Hawaiian Hotel at 2259 Kalakaua Avenue, Honolulu, in a number of scenes involving major events in the lives of the Keanes, including the wedding. 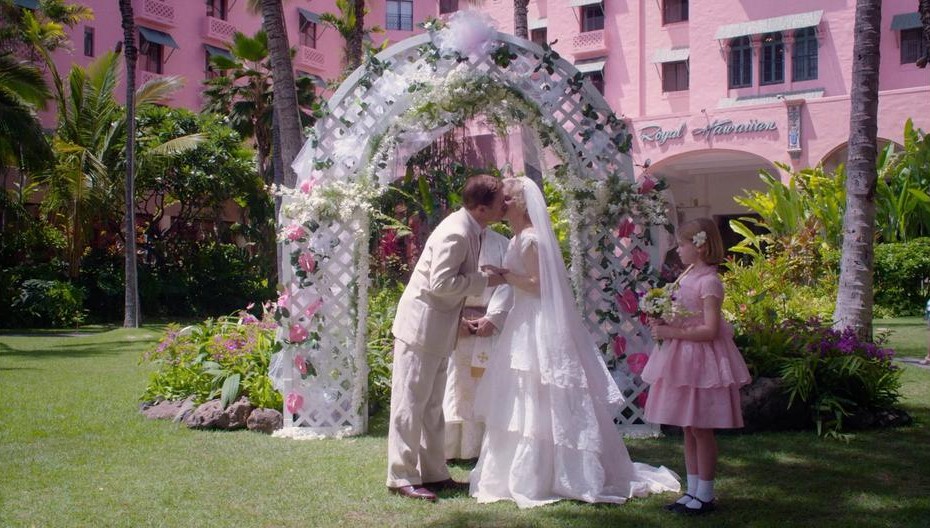 The neighborhood of Waikiki and the adjoining beach also serve as prominent locations to capture pivotal scenes within the film. Other interesting locations that make a screen appearance are Diamond Head – a volcanic tuff cone on O’ahu – and the Intermediate Court of Appeals in the Kapuaiwa Building. The latter is situated at 426 Queen Street in Honolulu.

Several scenes set in San Francisco were actually lensed in Vancouver, British Columbia. The fateful scene in which Margaret meets Walter at a street fair was shot in Stanley Park, a prized natural haven in the city. The Penthouse Night Club at 1019 Seymour Street was used to lens scenes set in San Francisco’s famous nightclub, Hungry I, which is no longer in function. 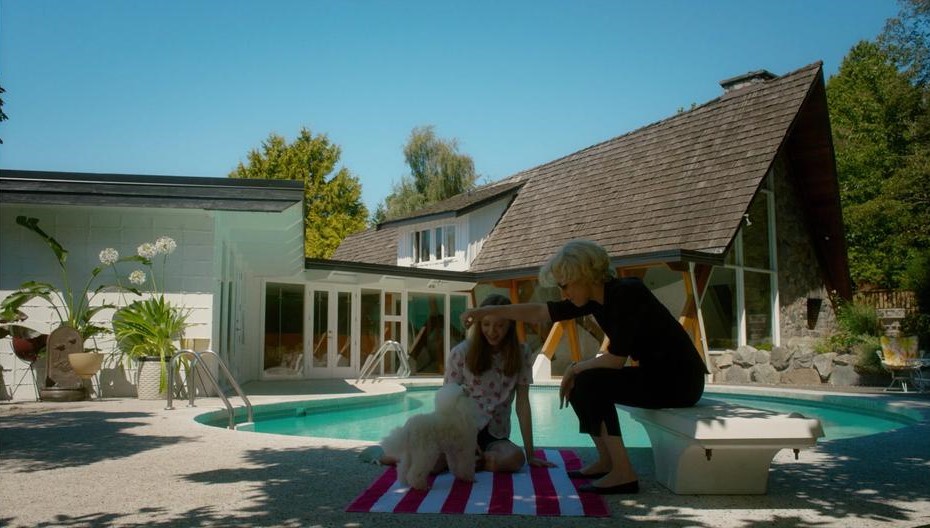 The breathtaking Keane Villa in the movie is actually a beautiful property at 6187 Collingwood Place. Scenes depicting the Keane Gallery were lensed at 50 Powell Street in the neighborhood of Gastown. In addition, Walter’s art trial scene was shot in the Vancouver Art Gallery, located on 750 Hornby Street. 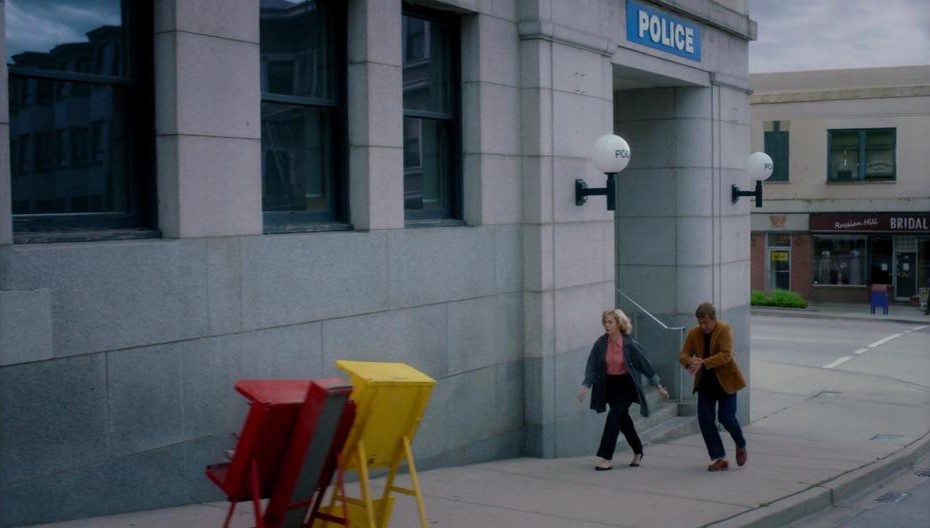 New Westminster AKA New West in the province of British Columbia, was used to lens a few scenes in ‘Big Eyes.’ One of the most prominent production locations in the city is 555 Columbia Street, which is home to the New Westminster Police Department. The city has even hosted the making of several other projects like ‘Supernatural‘ and ‘The X-Files.’