Where Was CBS’ Must Love Christmas Filmed? 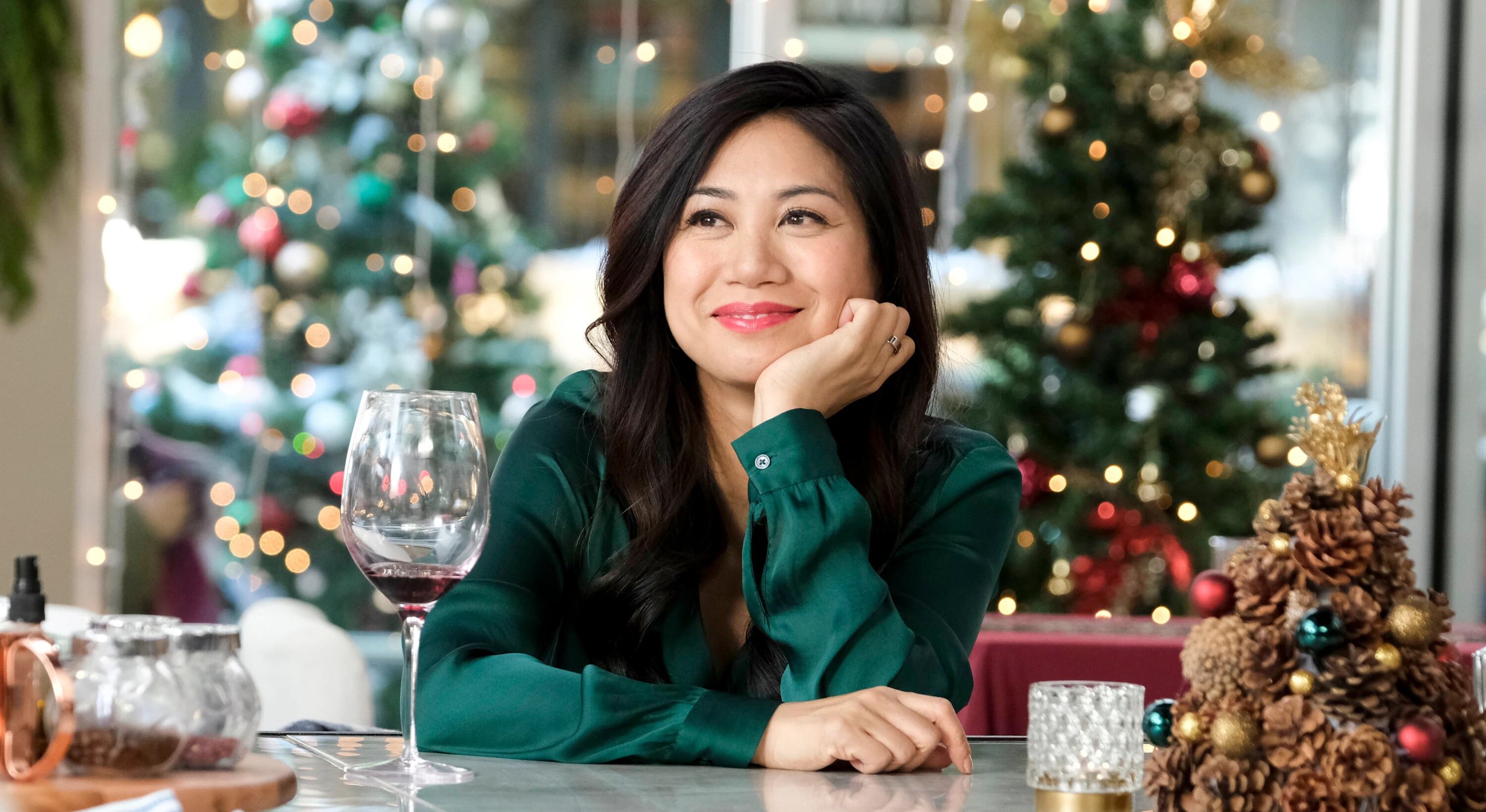 Directed by Martin Wood, CBS’ ‘Must Love Christmas’ (also known as ‘A Dash of Christmas’) is a romantic drama movie that follows Natalie, a famous romance author known for her Christmas-themed novels. She takes a trip to Cranberry Falls for a book signing event this year. However, she gets stuck in the town for the holidays due to heavy snowfall. Soon, Natalie gets taken back in time when she crosses paths with her childhood crush, Caleb. Meanwhile, a reporter named Nick chases her to land an interview with her to save his dying magazine.

Things get complicated when Nick starts falling for Natalie, leading to them getting involved in a love triangle in which someone is bound to get hurt. While the various themes, such as Christmastime and a love triangle, keep things interesting till the end, the setting of the fictional town of Cranberry Falls makes one wonder where ‘Must Love Christmas’ was shot. If you are paddling the same boat of curiosity, you might be interested in what we have to share about the same!

‘Must Love Christmas’ was filmed entirely in British Columbia, specifically in Metro Vancouver and Squamish. The principal photography for the holiday movie seemingly commenced in late June 2022 and wrapped up after a couple of weeks, in July of the same year. In a December 2022 interview with Give Me My Remote, Liza Lapira (Natalie) was asked about the pros and cons of shooting a Christmas movie during the summer.

Lapira explained, “There was so much upside. I got to go to beautiful Vancouver and Squamish[British Columbia], and so I got to have the bucolic view, but then I also got straight-up Christmas because they went all out—there are so many trees.” She added, “We had a Christmas market, and everything was decorated so perfectly. So I got the best of both worlds: I got to have fake snow and wind from a wind machine but also enjoy balmy weather.” Now, let us take you through all the specific sites that represent the fictional town of Cranberry Falls!

Many pivotal sequences for ‘Must Love Christmas’ were lensed in Metro Vancouver, the metropolitan area with Vancouver being its urban center. It seems that the cast and crew members set up camp on Ambleside Beach in West Vancouver to tape some key scenes for the CBS movie. Situated in western Canada in the Lower Mainland region, Vancouver is famous for its vibrant nightlife as it has one of the latest last calls in the entire nation.

Moreover, the City of Langley seemingly served as another pivotal production location for the Liza Lapira-starrer. Specifically, they supposedly utilized the premises of Foxglove Farm Everlasting at 6741 224 Street in Langley. Besides millions of tourists visiting the region, many filmmakers frequent Metro Vancouver for shooting purposes. The metropolitan area has hosted the production of numerous movies and TV shows. Some notable ones are ‘Love Hard,’ ‘A Christmas Spark,’ ‘The Christmas Train,’ and ‘Virgin River.’

For shooting purposes, the filming unit of ‘Must Love Christmas’ traveled to Squamish, a community and district municipality in British Columbia. During the shooting schedule, the team was spotted recording important scenes in and around the Railway Museum of British Columbia at 39645 Government Road. Situated at the north end of Howe Sound, Squamish’s economy heavily depends on tourism, with many visitors frequenting the city for its outdoor recreational activities.