Where Was Lifetime’s A Christmas Spark Filmed? Who is in the Cast? 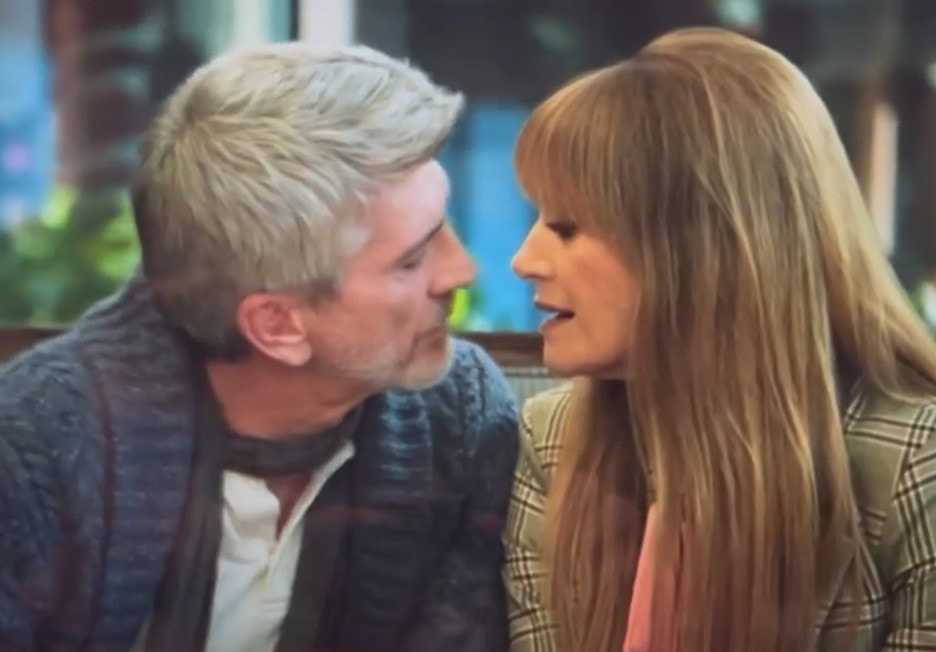 Lifetime’s ‘A Christmas Spark’ is a romantic movie set against the backdrop of the holiday season. Directed by Rhonda Baraka, it revolves around Molly, a widow who has lost any zest for life and has given up hope of ever finding love. Reluctantly accepting the position as director of the town’s Christmas pageant, Molly finds herself falling for Hank, the most eligible bachelor in the town and the lead. She soon rediscovers her inner passion and gets a new lease on life as she and Hank continue to grow close. However, the pageant’s star loses her voice just before the performance.

Now Molly is left with no option but to take the center stage for the first time in her life. A fun romantic comedy, the Lifetime film addresses topics including reconnection, nostalgia, and more. Through these motifs, it evokes a festive mood and celebrates positive feelings like love and friendship. Additionally, the surroundings and backdrop accentuate these themes and provide an upbeat and energizing mood, leaving one to wonder where ‘A Christmas Spark’ was shot. If you are paddling on the same boat of curiosity, here’s everything you need to know!

‘A Christmas Spark’ was filmed in British Columbia, mainly in Vancouver and Burnaby. The principal photography commenced on September 11, 2022, and wrapped up after a few days on September 29. The westernmost Canadian province is renowned for its favorable climate, beautiful landscapes, vibrant culture, and lively way of life, which contribute to the festive mood of the Christmas film. Now, let us look at the specific locations that appear in the holiday romance movie!

The majority of ‘A Christmas Spark’ was filmed in the port city of Vancouver, at different sites across the city. Sometimes known as Hollywood North, the city is a performing arts center; thus, it is understandably advantageous for movies and TV production. In addition, Vancouver’s terrain is so stunning that one may discover stunning mountains, water features, woods, and big skyscrapers near one another.

The city’s characteristics create the tone for various situations in the Lifetime production and reflect the feelings of the characters. The warm tone of the film is further enhanced by the fact that Vancouver experiences pleasant weather for most of the year. The port city is also one of the most studio-friendly sites in the business because of the tax breaks provided by the government for filming. Apart from ‘A Christmas Spark,’ the city has served as a pivotal production location for several movies and TV shows like ‘Thor: Love and Thunder,’ ‘Man of Steel, ‘See,’ and ‘The Flash.’

Sorry, whole tweet didn’t go through. Let me try again!
Had a great time working on a Christmas Spark. Thank you Vancouver and thank you wonderful cast and crew. #achristmasspark

A few of the scenes of ‘A Christmas Spark’ was filmed in Burnaby, a city in British Columbia’s Lower Mainland. One of the key production sites for the rom-com was the Bridge Studios at 2400 Boundary Road. The studio complex has 13 sound stages with sizes ranging from 4,500 to 18,000 square feet.

an elf's point of view pic.twitter.com/gGpNoE8qlc

The production facility is a perfect filming location for many productions since it has several executive offices, conference rooms, kitchens, and external green screen permanent rigging spots. The studio has also served as a filming site for ‘Jurassic World Dominion,’ ‘The Haunting of Hill House,’ ‘The Haunting of Bly Manor,’ ‘The Midnight Mass,’ and ‘The Midnight Club.’

Jane Seymour essays the role of Molly in ‘A Christmas Spark.’ The popular actress has appeared in several productions, such as ‘Dr. Quinn, Medicine Woman,’ ‘How I Met Your Mother,’ ‘A Royal Christmas,’ and others. On the other hand, Joe Lando portrays Hank Marshall in the romantic comedy film. You might recognize Hank from his roles in ‘Sniper: Ultimate Kill,’ ‘Fresh Water, ‘Dr. Quinn, Medicine Woman,’ and others. Besides the two protagonists, several other cast members play pivotal roles in the movie. They are Colin Milne (Awkward Guy), Sharmaine Yeoh (Snowflake), and Jaxon Jensen (Opera Man).

Read More: Where Was Lifetime’s Baking All the Way Filmed? Who is in the Cast?