Where Was Hallmark’s A Tale of Two Christmases Filmed? Who is in the Cast? 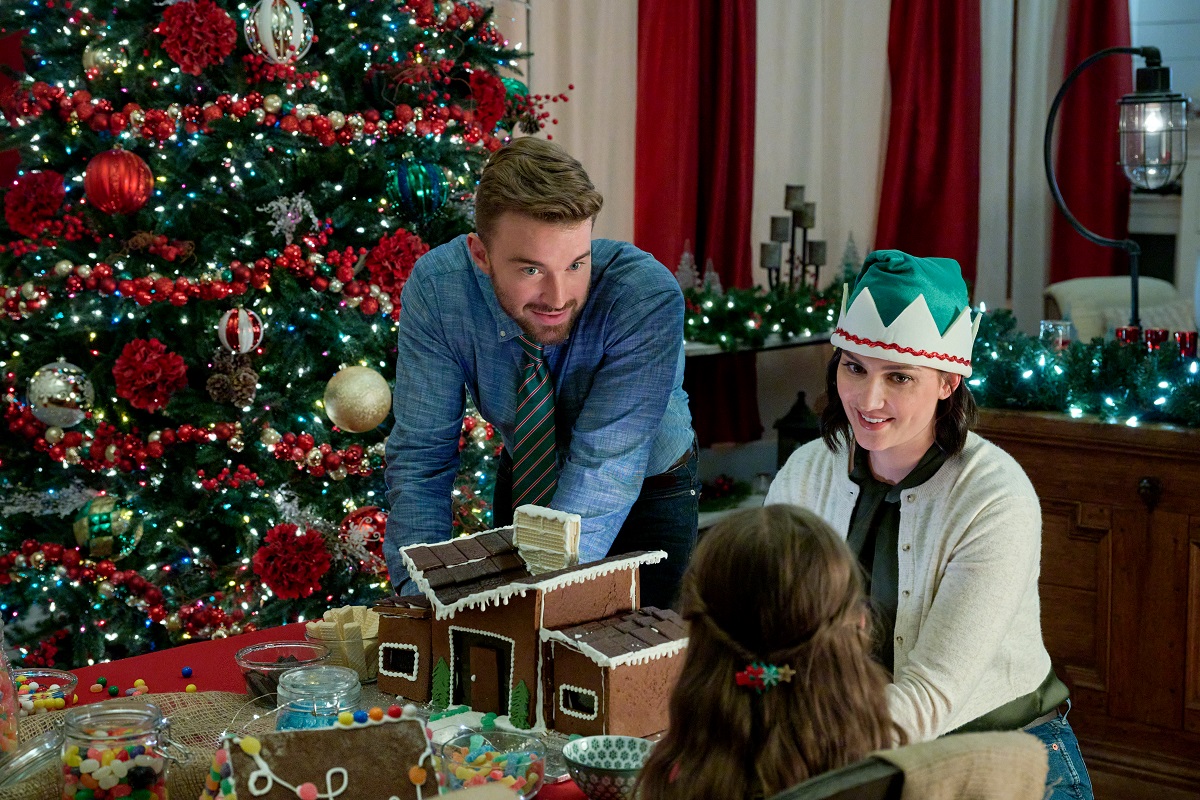 Directed by Jason Bourque, Hallmark’s ‘A Tale of Two Christmases’ is a romantic comedy movie with a bit of fantasy in the mix. The film revolves around Emma, a young woman living in Chicago, Illinois. With Christmas right around the corner, Emma’s life turns into a fairytale when she gets to experience two Christmases at once. In one life, she travels back to her home in Vermont and ends up meeting Drew, a friend who may have feelings for her. The other life starts off with Emma missing her flight home and having to spend time in the Windy City, which gives her time to interact more with her crush, Max.

Knowing what the two lives offer, will Emma prefer one life over the other or find a path in the middle? Revolving along the idea of “What If?” and the possibilities that life has to offer, the heartwarming story is one you cannot miss out on. Apart from its talented cast, the mystical movie’s magic can largely be attributed to its enchanting visuals. The scenes provide fitting atmospheres for Emma’s two different lives without losing their charm. Naturally, people are eager to know where the movie was shot, and we are here to answer the same!

Part of Hallmark’s ‘Countdown to Christmas’ lineup, ‘A Tale of Two Christmases’ was filmed primarily in Vancouver, British Columbia. The principal photography of the movie took place in August and September of 2022, with Andy Hodgson as the Director of Photography. Let’s dive right in and explore the location in a bit more detail, shall we?

While the filming was underway, the cast and the crew seemingly had the time of their lives. Though wearing multiple layers of clothing in August seemed like a hard task for some, it did not stop them from giving their best. “We had the BEST time shooting this sweet and funny rom-com,” Katherine Barrell, who acts as Emma in the movie, shared in one of her Instagram posts. The artist adores the movie’s concept and how it balances emotions and comedy to provide a heart-touching lesson to the viewers.

Executive producer Kirsten Hansen also enjoyed making the movie and the fantastical elements behind it. “One of my favorite film experiences of all time, was Executive Producing #ATaleOfTwoChristmases this summer with the most incredible team. They made every day a joy on set,” she said on her social media. Jason Bourque, the director of the movie, has also commented about his appreciation for the movie’s concept and its visual aspects. He especially praised the work done by Andy Hodgson, who helped provide the magical feeling of Christmas through his work.

A Tale of Two Christmases Cast

The talented and beloved Katherine Barrell plays the role of Emma in ‘A Tale of Two Christmases.’ You may already be aware of her work in ‘Wynonna Earp‘ and ‘Good Witch.’ Actor Chandler Massey stars as Drew in the movie and is well-known for his part in ‘Days of Our Lives’ and ‘Heart of the Matter.’ Completing the trio is none other than Evan Roderick, who essays the character of Max. Some of Evan’s popular projects include ‘Arrow‘ and ‘Spinning Out.’

Furthermore, the talented actors who appear as supporting characters in the film include Keith MacKechnie as John Peterson, Sunita Prasad as Sharice, and Beverley Breuer as Deena Peterson. The film also features Shaughnessy Redden as Bob Heaton and Brittany Hunt as Sarah.

Read More: Where Was Hallmark’s #Xmas Filmed? Who is in the Cast?