Where Was Hallmark’s Christmas at Pemberley Manor Filmed? Who is in the Cast? 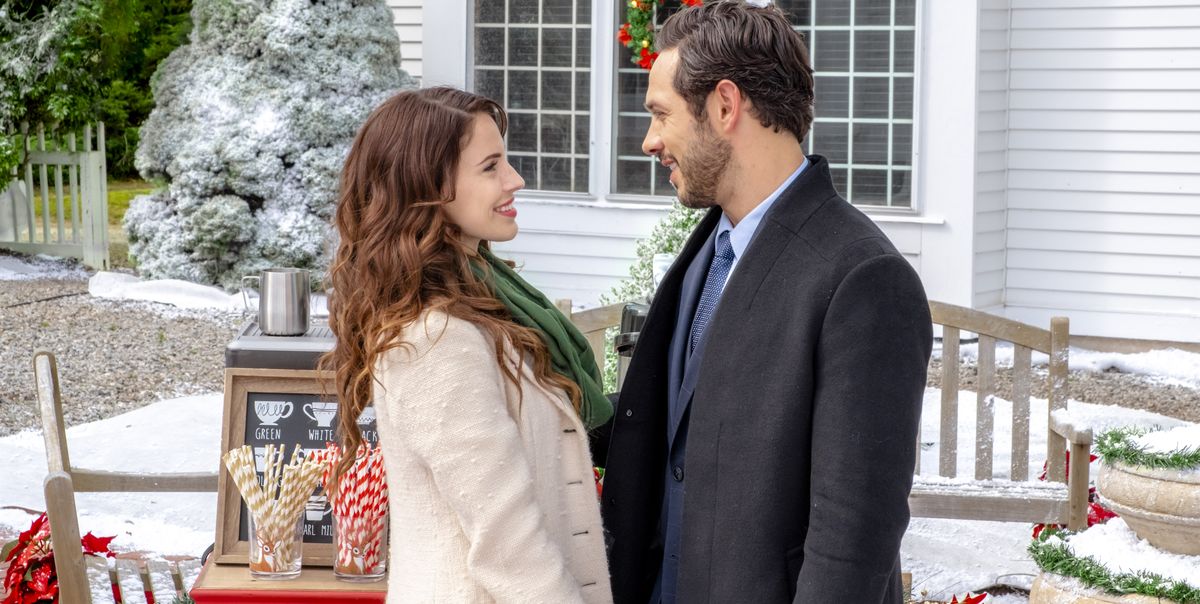 Directed by Colin Theys, ‘Christmas at Pemberley Manor’ is the first film to feature as a part of Hallmark’s ‘Countdown to Christmas’ program. Loosely based on ‘Pride and Prejudice,’ the romantic movie follows Elizabeth Bennett, a New York event planner Elizabeth Bennett, who is assigned to create a tiny town’s winter celebration as Christmas approaches. She meets William Darcy, a billionaire who lacks any enthusiasm about the holiday spirit. William is in the process of selling the Pemberley manor, which Elizabeth wishes to use as a venue for her perfect Christmas event. She convinces the reluctant Darcy to allow her to organize the event on the historic estate.

In the process of arranging the event, the two polar opposite individuals begin to fall in love amidst the festivities. However, in a classic Hallmark twist, things begin to do downslide when the event is abruptly shut down, and significant complications arise with the couple parting ways and Darcy going ahead with his initial plans to sell his estate. Set against the backdrop of a beautiful small town during the winters, ‘Christmas at Pemberley Manor’ is both appealing to the heart and the eyes. If you wish to know more about where it was filmed and if the Pemberley manor actually exists, we have all the details for you!

As part of the network’s ‘Countdown to Christmas’ line-up, the filming for ‘Christmas at Pemberley Manor’ commenced on June 7, 2018, and concluded on June 21 of the same year. Actress Jessica Lowndes revealed that the movie was shot in June in a behind-the-scenes video that the producers of the movie posted on the Hallmark website. She said, “There are definitely challenges shooting a Christmas movie in June. We have to pretend like we’re really cold when we’re really warm.”

Most of the sequences in ‘Christmas at Pemberley Manor’ was shot on location in the beautiful county of Essex in southeast England, between London and the North Sea. The holiday film features the historic Griswold Inn at 36 Main Street, one of the nation’s oldest inns. It is the same hotel Elizabeth stays in while she is in town. The historic hotel welcomed customers back in 1776 and continues to do so now. However, it must be noted that the interior scenes that portray the hotel rooms were not actually shot in the hotel but on the third floor of the Pemberley manor.

Old Lyme is a coastal town in New London County in Connecticut, home to various iconic coastal rentals and cottages once used by sea captains. Most of the scenes, including the scenes of the famous Pemberley manor, are shot in the quaint town of Old Lyme. The fictional Pemberley manor is an actual private mansion situated at 2 Lyme Street. You can easily book a room and live in the location where the Hallmark movie was filmed.

A few scenes of the romantic holiday film, ‘Christmas at Pemberley Manor,’ were shot in the town of East Haddam. In its over 56 square miles of undulating farmland, East Haddam is home to charming homes, lakes, historic farmsteads, and attractive state parks. The Eight-mile River’s headwaters flow through a greenway of protected open space and are located in East Haddam. The town is home to the nationally acclaimed Goodspeed Opera House and the nonprofit foundation Goodspeed Musicals.

Jessica Lowndes, who has a strong background in the industry, plays the role of event planner Elizabeth Bennett in the movie. She is popular for her role in movies like ‘I’m Glad It’s Christmas,’ ‘Harmony from the Heart,’ ‘Angel Falls Christmas,’ and others. Michael Rady essays the character of William Darcy. His other works include ‘The Sisterhood of the Travelling Pants,’ ‘Greek,’ ‘The Mentalist,’ and ‘Jane the Virgin.’

Read More: Where Was Hallmark’s Five More Minutes: Moments Like These Filmed? Who is in the Cast?