Where Was Hallmark’s Jolly Good Christmas Filmed? Who is in the Cast? 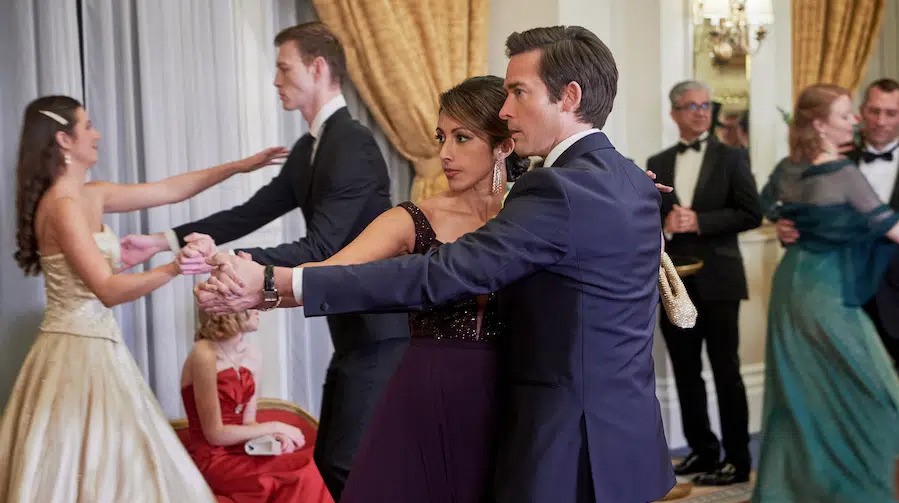 Directed by Jonathan Wright, Hallmark’s ‘Jolly Good Christmas’ (originally titled ‘Christmas in London’) is a romantic comedy film that revolves around an American architect named David Burnside, who moves to a new country and works at a reputable company. As Christmas approaches, he isn’t sure of what to gift his girlfriend, who is his boss’ daughter as well. So, he hires a professional personal shopper, Anji, to help him find the perfect gift.

David and Anji then travel across the city in search of a fitting Christmas present. However, as they grow closer and more comfortable with each other, David finds something he wasn’t even looking for. While the heartwarming narrative involving the blooming romance between David and Anji keeps the viewers invested in the film, the Christmas vibe and the scenic cityscape in the backdrop make one wonder where ‘Jolly Good Christmas’ was shot. Well, in that case, we have got you covered!

Part of Hallmark’s ‘Countdown to Christmas’ lineup, ‘Jolly Good Christmas’ was filmed entirely in England, specifically in London, which is where the story is set. The principal photography for the romantic movie commenced in early February 2022 and wrapped up within the same month after a couple of weeks. By choosing to tape the film on location, the production unit gives the viewers an immersive experience and adds authenticity to the narrative. Now, let’s not waste any time and follow Anji and David to learn all about the specific sites that appear in the Hallmark movie!

All the pivotal sequences for ‘Jolly Good Christmas’ were lensed across London, the capital and largest city of England as well as the United Kingdom. From the looks of it, the filming unit set up camp in various parts of the city, including residential areas and some iconic landmarks, to tape different scenes against suitable backdrops. During the filming schedule, the cast and crew members were spotted recording some key scenes around Piccadilly Circus. The scene involving Anji and David romantically looking into each other’s eyes was shot on the banks of the iconic River Thames.

Moreover, you can spot Big Ben in the backdrop of a few sequences as well. Situated in southeast England, London is considered one of the world’s major global cities as it has a strong influence on many sectors, such as arts, education, fashion, entertainment, healthcare, commerce, tourism, and more. It is home to quite a few World Heritage Sites — the Tower of London, Kew Gardens, and the combined Palace of Westminster, Westminster Abbey, and St Margaret’s Church — to name a few.

Apart from tourists, London is frequented by many filmmakers for shooting purposes as well. Over the years, the city has hosted the production of a number of movies and TV shows. Some of the notable ones are ‘The Batman,’ ‘Once Upon a Time in Hollywood,’ and ‘Ted Lasso.’

Will Kemp essays the role of David Burnside in the Hallmark movie. He may seem like a familiar face to many of you as he features in ‘Van Helsing,’ ‘Step Up 2: The Streets,’ ‘The Secrets of Emily Blair,’ and ‘The Midnight Man.’ He is also known for shows like ‘Reign,’ ‘New Tricks,’ ‘Spinning Out,’ ‘Girlfriends’ Guide to Divorce,’ and ‘Code Black.’ On the other hand, Reshma Shetty appears as Anji Patel. She has starred in a number of filming projects over the course of her career; you can see her in action in ‘Pure Genius,’ Royal Pains,’ ‘Monarch,’ ‘She-Ra and the Princess of Power,’ ‘Madam Secretary,’ and ‘Blindspot.’