Where Was Lifetime’s Reba McEntire’s The Hammer Filmed? Who is in the Cast? 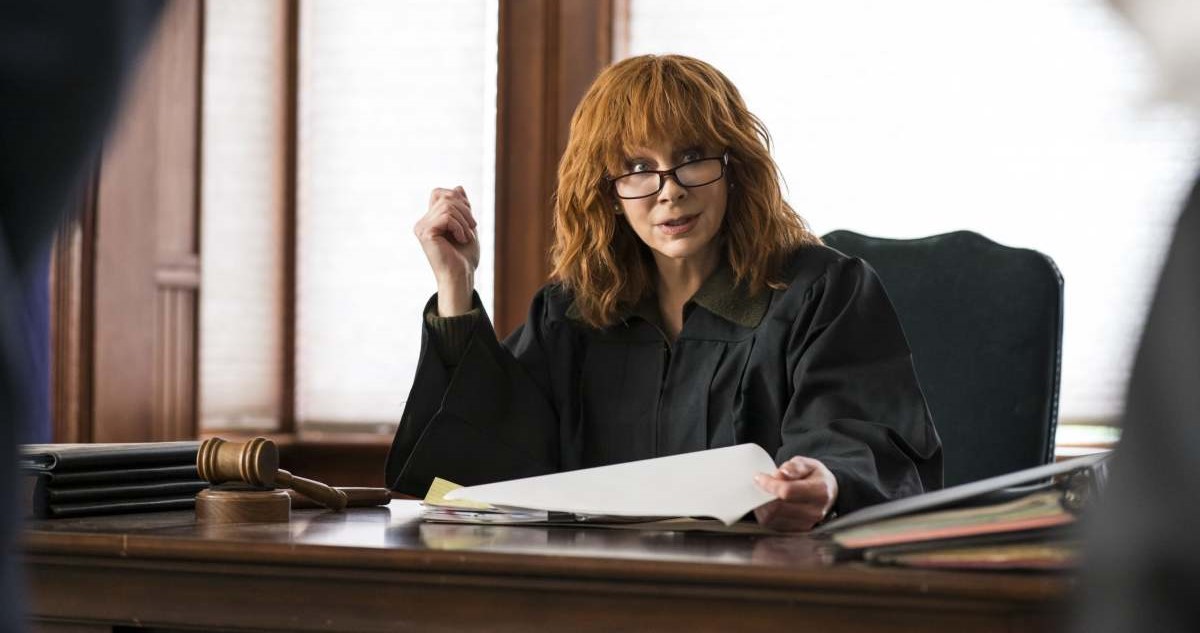 Inspired by the life of a traveling circuit judge named Kim Wanker, Lifetime’s ‘Reba McEntire’s The Hammer’ (originally titled ‘The Hammer’) is a biographical thriller drama movie directed by Jeff Beesley. It follows Kim Wheeler, a relatively active and outspoken judge compared to others in her field, who is one of the few traveling judges remaining in the country. When a judge is found dead under suspicious circumstances, she takes their place and covers an area where anything can happen. As she resorts to a straightforward ideology of justice, she is given the nickname “The Hammer.”

After the investigation of the former judge’s mysterious death makes certain progress, Kim’s sister, Kris becomes one of the prime suspects. Now, the judge must make the most of her power and do everything she can to serve the appropriate justice. The suspense surrounding the murder mystery isn’t the only thing that keeps the viewers scratching their heads, while the use of some intriguing locations throughout the movie makes them wonder where ‘Reba McEntire’s The Hammer’ was shot. If you are one such curious soul, allow us to fill you in on all the details!

‘Reba McEntire’s The Hammer’ was filmed entirely in British Columbia, particularly in Merritt and Quilchena. The principal photography for the lawyer drama took place around June 2022. Given British Columbia’s vast and versatile landscape, it serves as a suitable production location for all kinds of projects. Now, let’s traverse all the specific sites in the Lifetime movie!

Most of ‘Reba McEntire’s The Hammer’ was lensed in Merritt, a city in the Nicole Valley. In June 2022, the cast and crew members were spotted by many locals taping several key sequences in and around Coldwater Hotel at 1901 Voght Street. As per reports, they even rented one of the private lands next to the Moon Shadows RV Park & Campground at 1145 Neilson Street and converted it into one of the sets for the movie.

Moreover, Quilchena Avenue and a few gas stations across the city served as important filming sites. According to reports, the production team considered choosing Kamloops as the primary shooting location for the movie. Still, after much thought, they went with Merritt, mainly because it gave them the look of the United States’ western side way better.

Situated in the south-central interior of British Columbia at the confluence of the Nicola and Coldwater rivers, Merritt’s economy heavily depends on a few sectors, including tourism, forestry, and service. Besides, the city is known as the Country Music Capital of Canada due to its significance in the country music scene.

Additional portions of ‘Reba McEntire’s The Hammer’ were taped in Quilchena, an unincorporated community on the south shore of Nicola Lake. Specifically, the team set up camp in and around Quilchena Hotel at 6500 Merritt-Kamloops, BC-5A, to record a few important scenes for the movie.

As you might have gathered from the movie’s title, Reba McEntire stars as the protagonist character Kim Wheeler in ‘Reba McEntire’s The Hammer.’ Primarily known for her singing career, Reba has also had a significant impact as an actor. She features in ‘North,’ ‘One Night at McCool’s,’ ‘Reba,’ and ‘Malibu Country.’ On the other hand, Melissa Peterman essays the role of Kris, Kim’s sister. You might recognize Peterman from her roles in ‘Here Comes the Boom,’ ‘Living with Abandon,’ ‘Pretty the Series,’ and ‘Young Sheldon.’

Read More: Where Was Lifetime’s Reba McEntire’s Christmas in Tune Filmed? Who is in the Cast?