Where Was Lifetime’s Record Breaking Christmas Filmed? Who is in the Cast? 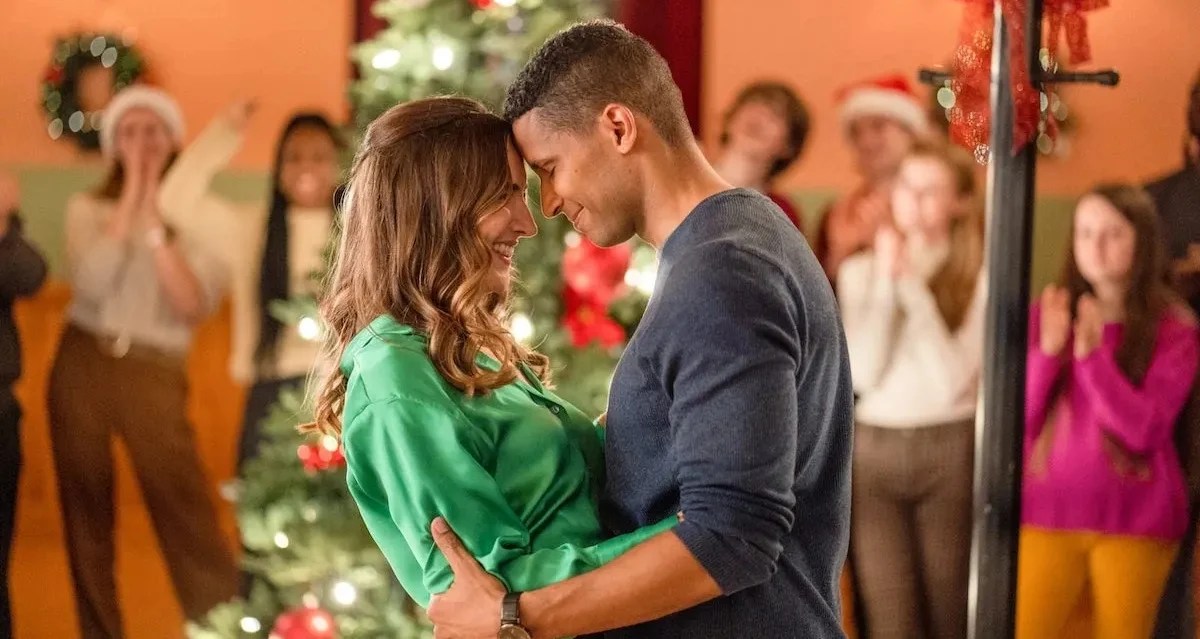 Directed by Max McGuire, Lifetime’s ‘Record Breaking Christmas’ is a romantic comedy movie that follows Leah Hoffman, a World Record Bureau adjudicator, who draws pulls the short straw and is forced to fly to a tiny town right before Christmas to examine its preparations to break many festive world records. She learns that the entire community is working together to achieve their genuine Christmas objective as she develops feelings for the town’s doctor, Devan Bancroft.

Meanwhile, the pair attempt to break the records during Christmas leading to a heartwarming tale of living the Christmas spirit and fulfilling the community’s goal. A part of the ‘It’s a Wonderful Lifetime’ lineup, the holiday movie touches upon several themes, including falling in love with a stranger in a new town and helping a small community attain their Christmas goals. At the same time the different picturesque settings of ‘Record Breaking Christmas’ will undoubtedly have viewers wondering where it was actually filmed. If you are one such curious soul, here are all the details regarding the same!

‘Record Breaking Christmas’ was filmed entirely in Ontario, mainly in Ottawa. The principal photography for the romantic movie presumably began in the summer of 2022 wrapped up within a month of filming. Ontario, located in Central Canada, is the country’s most populated and second-largest province. Its expansive and varied landscapes make it an ideal location for filming a variety of movies, including ‘Record Breaking Christmas.’ Without further ado, let us walk you through every location that appears in the Lifetime movie!

‘Record Breaking Christmas’ was shot extensively in and around Ottawa located in the southeastern part of the province of Ontario. According to reports, the production team set up camp at various sites across the city, especially in the famous ByWard Market and its surroundings, to tape scenes against suitable backdrops. During filming, the cast and crew members were spotted recording key portions of the movie in cobblestoned Clarendon Lane, Tin House Court, Jeanne d’Arc Court, Fairouz Café, Hair Republic Byward, and Luxe Bistro.

Towards the north of the Lowertown in Rideau-Rockcliffe Ward, the cast and crew shot a few scenes in the neighbourhood of Rockcliffe Park, particularly in the Rockeries and the Rockcliffe Pavilion. As per reports, a tiny portion of the scenes was also taped in Prescott Street. The Canadian capital has a storied past and vibrant culture that have contributed to its ascent to prominence. Ottawa is the focal center of the Ottawa-Gatineau census metropolitan area (CMA) and the National Capital Region (NCR) due to its strategic importance and well-developed infrastructure.

O-town is also bordered by various residential streets and natural settings, allowing visitors to enjoy various activities. This is also one of the key factors contributing to the city’s popularity with filmmakers. In addition to having some of the greatest facilities for filming, Ottawa offers a range of backdrops that significantly cut down on the time the team would need to spend traveling. ‘Record Breaking Christmas’ joins other Christmas Movies that were shot in Ottawa, like ‘Boyfriend of Christmas Past,’ ‘A Christmas Carousel,’ and ‘My Grown-Up Christmas List.’

Michelle Argyris essays the role of Leah in Lifetime’s ‘Record Breaking Christmas.’ You might recognize her from her other works such as, ‘Welcome to the Christmas Reunion,’ ‘Love in Translation,’ ‘Homemade Christmas,’ and others. In the holiday movie, Andrew Bushell portrays Devan, the handsome town doctor. He has appeared in prominent productions, including, ‘All I Didn’t Want for Christmas,’ ‘Hudson and Rex,’ ‘Christmas Plus One,’ and others.

Read More: Is Well Suited for Christmas a True Story? Where Was it Filmed? Who is in the Cast?