Where Was Netflix’s End of the Road Filmed? 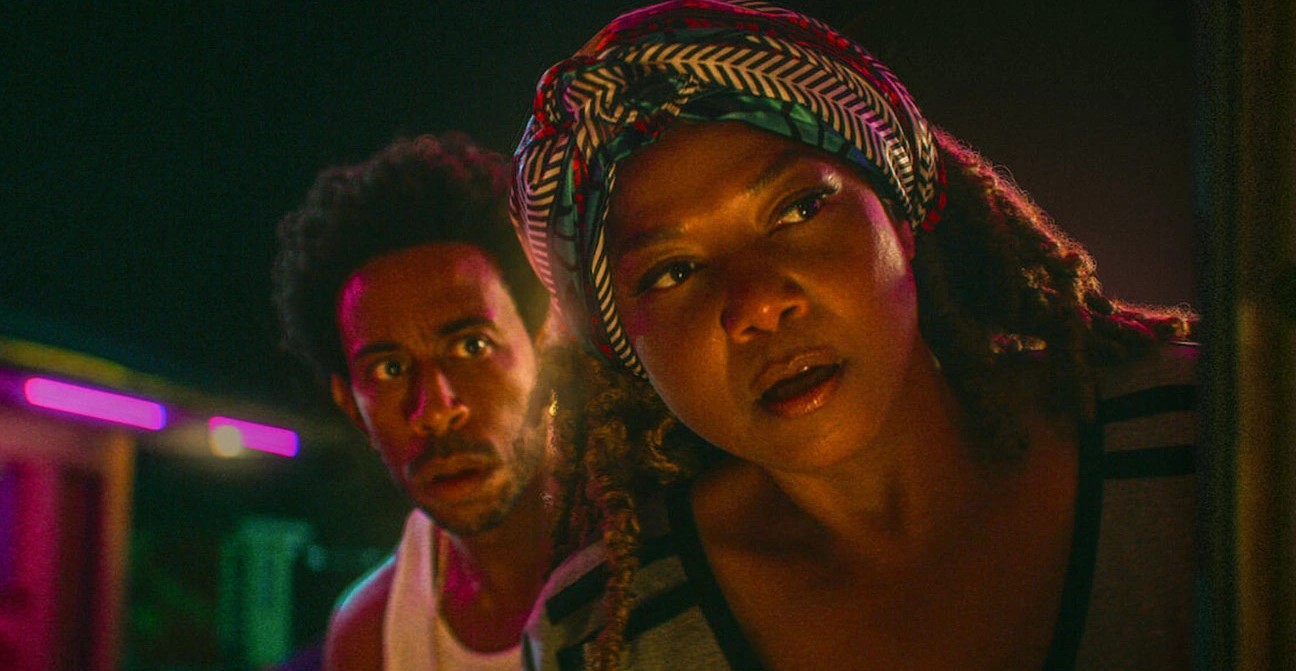 Directed by Millicent Shelton, Netflix’s ‘End of the Road’ is an action crime thriller movie that follows Brenda, her two kids, and her brother, Reggie, as they decide to go on a cross-country road trip together. However, there is a bloody shift of gears as their journey turns into a highway to hell when they witness a murder in their neighboring motel room. After seeing the crime and taking the drug money into their custody, Brenda and her family are chased by a mysterious killer who ends up kidnapping her son. Now, she must fight to keep herself and her family alive against the anonymous murderer.

The crime movie features stellar performances from some of the popular names in Hollywood, including Queen Latifah, Ludacris, Beau Bridges, Jesse Luken, and Frances Lee McCain. While the action-packed sequences throughout the movie keep the viewers hooked, the picturesque and semi-arid landscapes in the backdrop make one wonder where ‘End of the Road’ was filmed. Well, if you are one such curious soul, here is all the information you may need!

End of the Road Filming Locations

‘End of the Road’ is filmed entirely in New Mexico and California, specifically in the Albuquerque Metropolitan Statistical Area, Santa Fe County, and Los Angeles. The principal photography for the Millicent Shelton directorial commenced in June 2021 under strict COVID-19 regulations and wrapped up in August of the same year. Now, let’s take a look at all the specific locations that appear in the action movie!

Most of ‘End of the Road’ was lensed in the Albuquerque Metropolitan Statistical Area in central New Mexico. The production unit seemingly traveled across the area to tape different sequences against suitable backdrops, mainly on the road. Several pivotal sequences for the movie were also taped in Moriarty, a town in New Mexico’s Torrance County, which is a part of the Albuquerque Metropolitan Statistical Area.

In late June 2021, the team had set up camp alongside the Historic Route 66 in Moriarty when an unexpected dust storm halted the shoot temporarily. Moreover, Belen, the second most populous city in Valencia County, and Algodones, a census-designated place in Sandoval County, served as prominent production locations for the movie.

A few portions of ‘End of the Road’ were recorded in Santa Fe County, New Mexico’s third-most populous county. It is home to parts of some national protected areas, including El Camino Real de Tierra Adentro National Historic Trail, Pecos National Historical Park, and Santa Fe National Forest. Over the years, Santa Fe County has hosted the cast and crew of many movies and TV shows, such as ‘No Country for Old Men,’ ‘Brothers,’ ‘Roswell, New Mexico,’ and ‘Longmire.’

To conclude the production process, the filming unit of ‘End of the Road’ traveled to Los Angeles, a major city in Southern California, and recorded some additional sequences. Also known as the Entertainment Capital of the World, Los Angeles has featured in different kinds of on-screen projects, such as ‘Me Time,’ ‘Look Both Ways,’ and ‘Animal Kingdom.’

Read More: Is Netflix’s End of the Road Based on a True Story?