Where Was Savage Salvation Filmed? 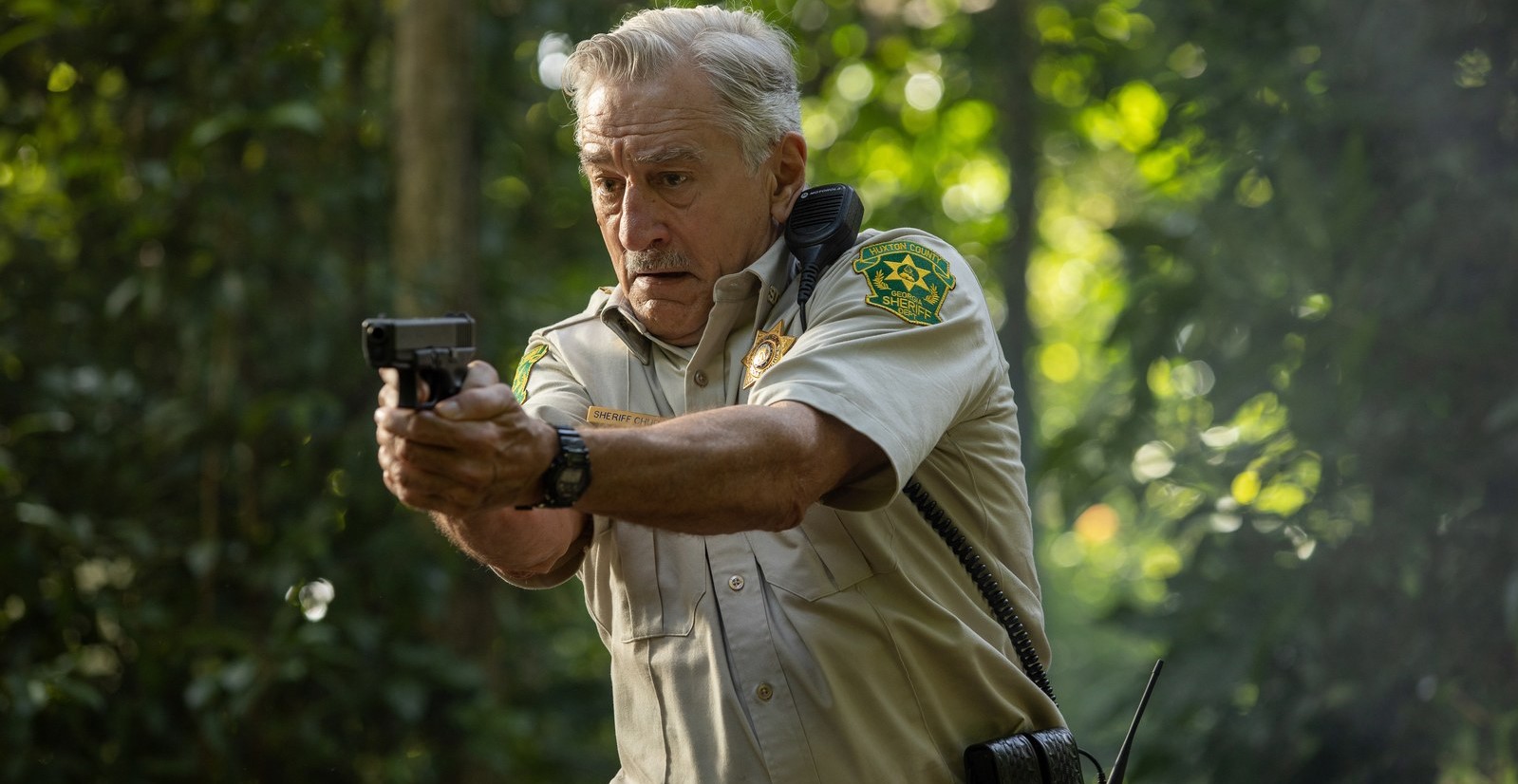 Directed by Randall Emmett, ‘Savage Salvation’ is an action thriller movie that revolves around a newly engaged couple — Shelby John and Ruby Red — who wish to have a fresh start after withdrawing from drugs with the help of Ruby’s brother-in-law, Peter. However, things take a wild turn when Shelby finds his future wife dead on their house’s porch due to a heroin overdose. In order to wash away her past sins, Ruby wanted to get baptized, so he takes her cold dead body and baptizes her in the river.

Now, Shelby sets off on a merciless killing spree to seek revenge on the drug cartel for supplying drugs to Ruby that killed her. With rage in his eyes, vengeance in his heart, and a nail gun in his hands, Shelby unleashes hell on every other dealer or junkie he comes across until he reaches the top of the drug dealing chain. In order to stop Shelby from taking the law into his own hands, Sheriff Church and Detective Zeppelin take over before the entire town faces the consequences of his actions.

The action movie is filled with suspense, gory violence, and the theme of revenge, which keeps the viewers on the edge of their seats. At the same time, you are likely to be curious about the actual filming sites due to the setting of a rough and small town with so many scenes shot against the backdrop of the woods. Well, in that case, allow us to appease your curiosity once and for all!

‘Savage Salvation’ was filmed in Puerto Rico, Georgia, and California, particularly in San Juan, Dorado, Trujillo Alto, Caguas, Columbus, Waycross, and Los Angeles. The principal photography for the Robert De Niro starrer likely commenced in December 2020 or January 2021 and wrapped up in March 2021. So, without further ado, let’s follow Shelby as he embarks on a vengeful mission across the town and get a detailed account of all the specific locations that appear in the film!

Several pivotal sequences for ‘Savage Salvation’ were lensed in San Juan, the capital and most populous municipality in Puerto Rico. Situated along Puerto Rico’s north-eastern coast, San Juan consists of many museums, such as the Puerto Rico Museum of Art, the Puerto Rico Museum of Contemporary Art, the Pablo Casals Museum, the San Juan Book Museum, and the Museum of the Americas. Moreover, it has served as a prominent production location for a number of filming projects. Some of them are ‘Executive Decision,’ ‘A Perfect Getaway,’ ‘Force of Nature,’ and ‘Homeland.’

For shooting purposes, the filming unit of ‘Savage Salvation’ also set up camp at other sites across the nation. To be specific, the towns and municipalities of Dorado and Trujillo Alto were utilized for the production of the movie. Furthermore, some key scenes were taped in the city and municipality of Caguas as well.

Additional portions for ‘Savage Salvation’ were seemingly recorded in and around Columbus, a consolidated city-county on Georgia’s west-central border. In a February 2021 interview with First Coast News, Emmett explained. “…Two years later, I had this movie, and we were going to originally shoot in Columbus, Georgia, and the town was just too big. It wasn’t kind of how I imagined it. We were there scouting. I said to everybody, why don’t we fly over to Waycross? I remember this town, let’s go see it.”

According to this, they were meant to shoot in Columbus but didn’t. However, we wouldn’t be surprised if they managed to record a few shots in the city. Located on the Chattahoochee River, Columbus is home to various tourist attractions, including museums, major venues, and historic districts, such as the Columbus Museum, the National Civil War Naval Museum, the Coca-Cola Space Science Center, the Bradley Theater, Columbus Civic Center, Columbus Historic District, and Wynnton Village Historic District.

In February 2021, the cast and crew members were spotted lensing several important sequences for the film in and around Waycross, the only incorporated city in and the county seat of Georgia’s Ware County. As per reports, they stopped by the city for a couple of weeks while making the most of the locales and businesses for production. Waycross Pawn Shop at 901 Albany Avenue seemingly served as one of the filming sites for the movie.

In a conversation with First Coast News, the director talked about filming in the city. He said, “We landed the plane in Waycross and the mayor was there, and the political leaders and all types of people. It was so perfect, and they were so kind. They had a welcome reception. Emmett added, “We had all local extras. We even gave some of the people from Waycross speaking lines. We shot at a fun park with go karts and roller skating, and we gave a bunch of local people one line or two lines, so it was a lot of fun. People were really, really excited to be part of the whole thing.”

The production team of ‘Savage Salvation’ supposedly utilized the facilities and locales of Los Angeles for shooting the movie. Situated in Southern California, LA is home to some gorgeous and sandy beaches, posh neighborhoods, several major film studios, and a sprawling downtown area. Given the city’s ties to the Hollywood industry, it has hosted the production of many filming projects over the years, such as ‘Bullet Train,’ ‘The Godfather,’ ‘SEAL Team,’ and ‘Criminal Minds.’