Where Was The Family Stone Filmed? 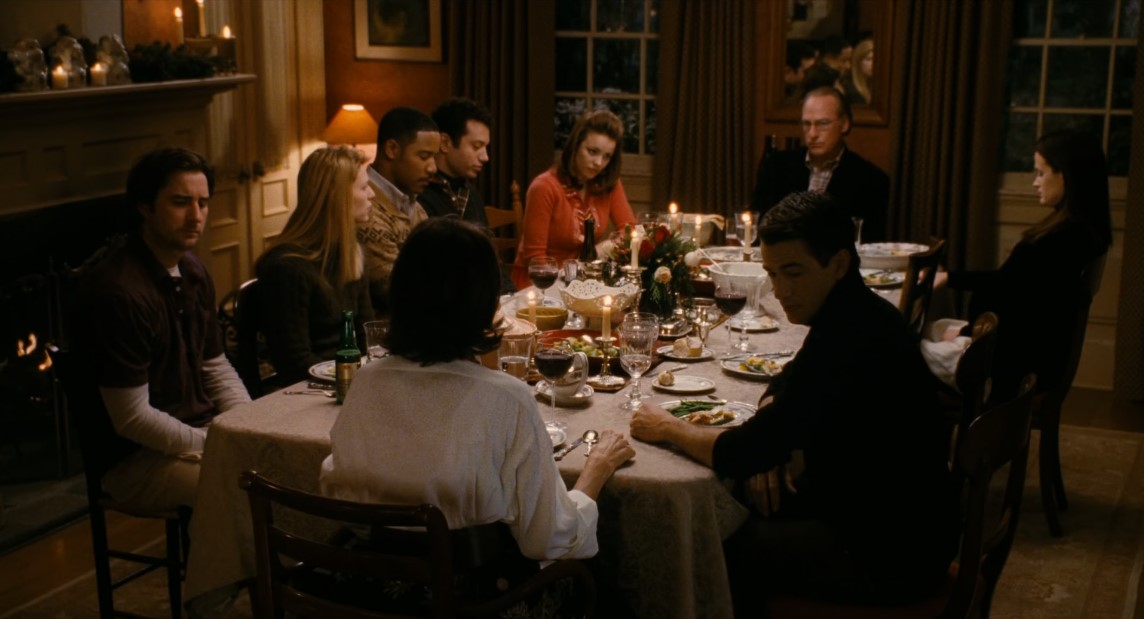 ‘The Family Stone’ is a Christmastime film that revolves around the titular Stone family. Everett invites his girlfriend, Meredith, to his home to spend Christmas with his family and hopes to propose to her. But his plans go sideways when the family and Meredith do not hit it off. On the one hand, Meredith feels out of place; on the other hand, the family believes Meredith and Everett aren’t meant to be together. As the awkward meeting worsens with hilarious mishaps and bizarre misunderstandings, everyone discovers something that will change their lives forever.

Directed by Thomas Bezucha, the 2005 film is a wholesome story that explores complex familial relationships. The narrative portrays the flawed nature of human beings but also celebrates love, acceptance, and inclusivity. The film’s backdrop seems pretty apt for the story and elevates the tale. Various scenes showcase snow-clad streets, Christmas decorations, and more, adding a layer of authenticity to a plot that seems grounded in reality. So, if you are wondering about where the film was shot, we’ve got you covered.

‘The Family Stone’ was filmed across several locations in Greenwich, Morris County, Culver City, Los Angeles, and New York. The principal photography for the holiday family comedy likely took place around February 2005 and March 2005. The weather during these months is cold, and there’s occasional snowfall in different regions.

Therefore, the natural surroundings and phenomenon lend themselves to the movie’s Christmas backdrop. In addition, since late March is the onset of the spring season, we see pleasant sunny days in several scenes, which gives the movie its cheery and upbeat vibe. Let’s look at the specific locations.

A majority of the taping took place in a house in Greenwich, Connecticut. The house at 144 Riverside Ave, Riverside, CT 06878, served as the Stone family’s cozy home, and most of the narrative unfolds here. To ensure that the house truly felt like it belonged to the Stones, the set designers reportedly used various elements, including photographs and fridge magnets. The different rooms’ designs seem to reflect the characters’ personalities. For instance, Everett’s room is clean and organized, whereas Amy’s room feels cluttered. 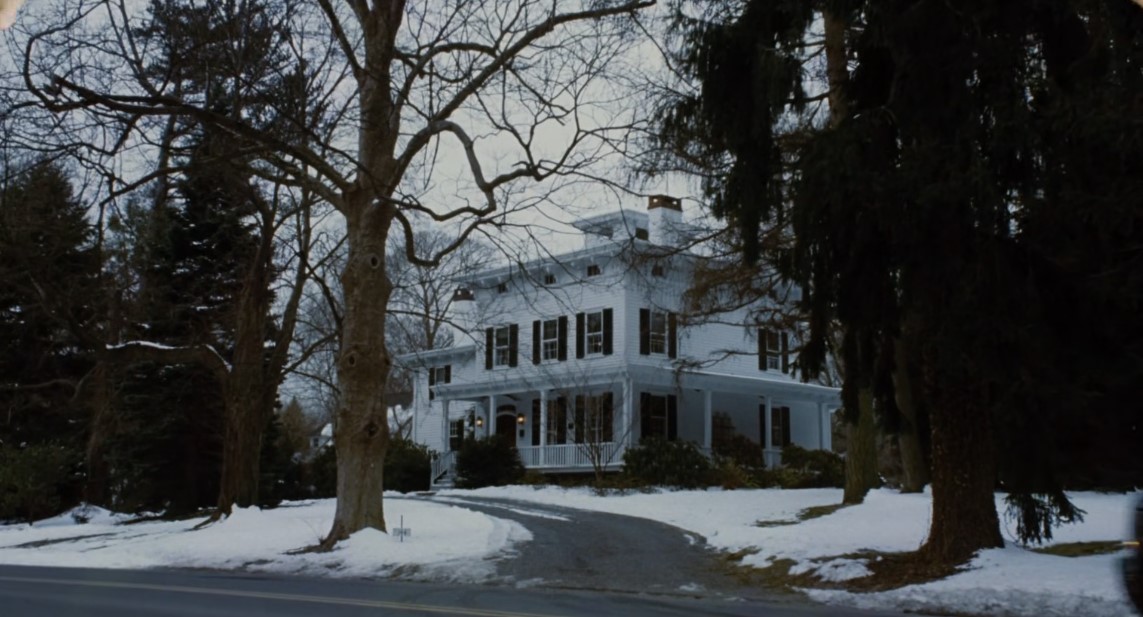 The house has archaic architecture considering it was built in 1860, which lends itself to the traditional facet of holiday rituals and familial relationships in the movie. Furthermore, the rustic and cozy vibe of the interiors gives the audience a sense of homeliness and stirs nostalgia within them. The property was last bought in 2008 for about $4.1 million. Numerous other places were filmed in Greenwich, including ‘Revolutionary Road,’ ‘The Good Shepherd,’ ‘The Big Wedding,’ and many more.

A few scenes were also lensed in multiple locations in Morris County, in New Jersey, specifically in Madison, a borough within the county. Drew University and Fairleigh Dickinson University are prominent places where a few scenes from the Thomas Bezucha directorial were shot. Drew University is an intriguing choice of location due to its proximity to nature and heritage. 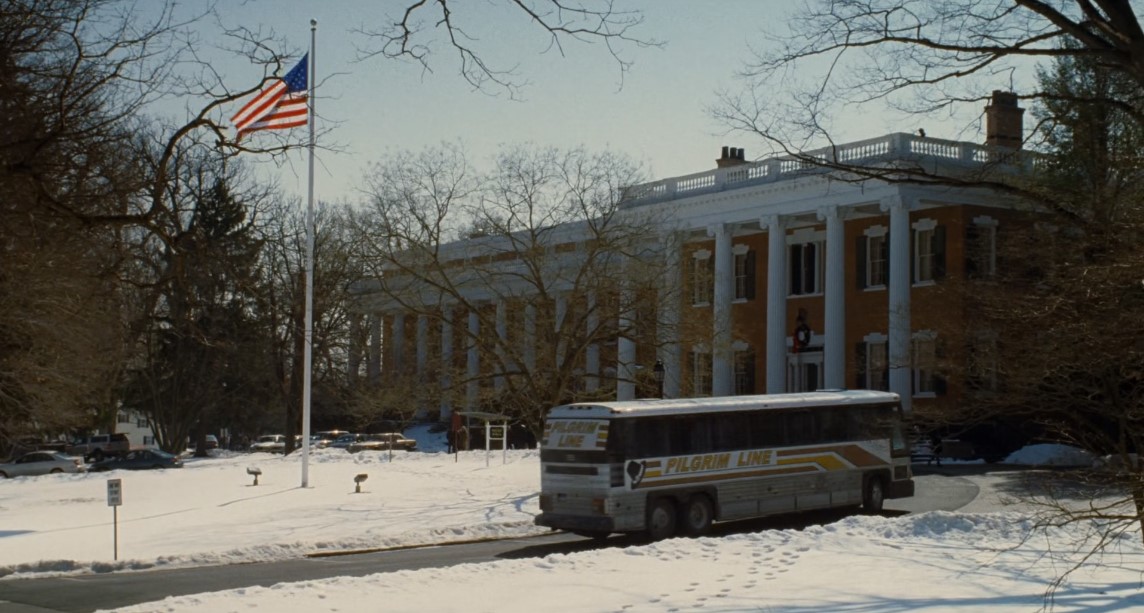 Known as the University in Forest, Drew University’s campus has numerous trees and makes the place more inviting and less institutional. Established in 1867, the university began as a theological seminary, and today the university offers theological courses, amongst various others. Fairleigh Dickinson University was established in 1942 and is the biggest private university in New Jersey, offering education to over 11,500 students. The rich heritage of both institutions and the forest-like campus of the former university add to the movie’s countryside vibe, which immerses the audience in the film. 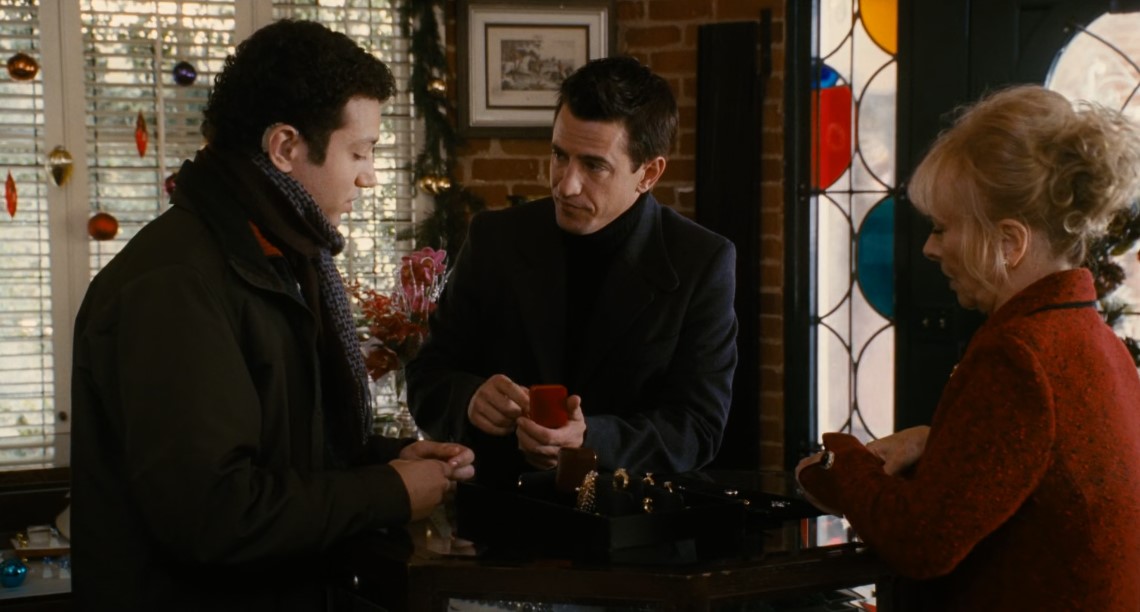 Apart from these two universities, the production unit also shot scenes in and around Green Village Road, Waverly Place, Main Street Downtown, and Kings Road. In fact, the team reportedly used Waverly Place and Main Street Downtown to place a Christmas tree and likely other decorations to give the scene a holiday vibe. Besides these, the cast and crew filmed a scene at Rose City Jewelers, wherein Everett goes with his brother Thad to buy Meredith a wedding ring. The snow-clad roads, the wooden exteriors, and the holiday season decor give every scene a Christmas vibe and also reflect the characters’ mood.

The Family Stone’s few scenes were taped in Culver City, specifically at the Culver Studios. The Culver Studios were established over 100 years ago, in 1918, by the man who became one of the first filmmakers of silent films, Thomas Ince. Some cult-classic films such as ‘Citizen Kane,’ ‘King Kong,’ ‘A Star is Born,’ ‘E.T.,’ ‘Raging Bull,’ and several others were shot in the studios. In 2014, the studios were modernized to become a hub for next-gen cinema where technology and creativity merge.

The cast and crew of ‘The Family Stone’ shot some scenes in Los Angeles, California, and the State of New York. Los Angeles is the US’s central hub for cinema and TV, and the biggest production houses and studios, including Paramount Pictures, Universal and Warner Brothers, and several others, reside here.

New York is another significant state in the country and houses iconic places such as the Empire State Building, the Statue of Liberty, Times Square, Central Park, and Niagara Falls. All the landmarks mentioned above have been prime shooting spots for movies over many decades and continue to be an attraction for studios and filmmakers.