Where Was The Hating Game Filmed? 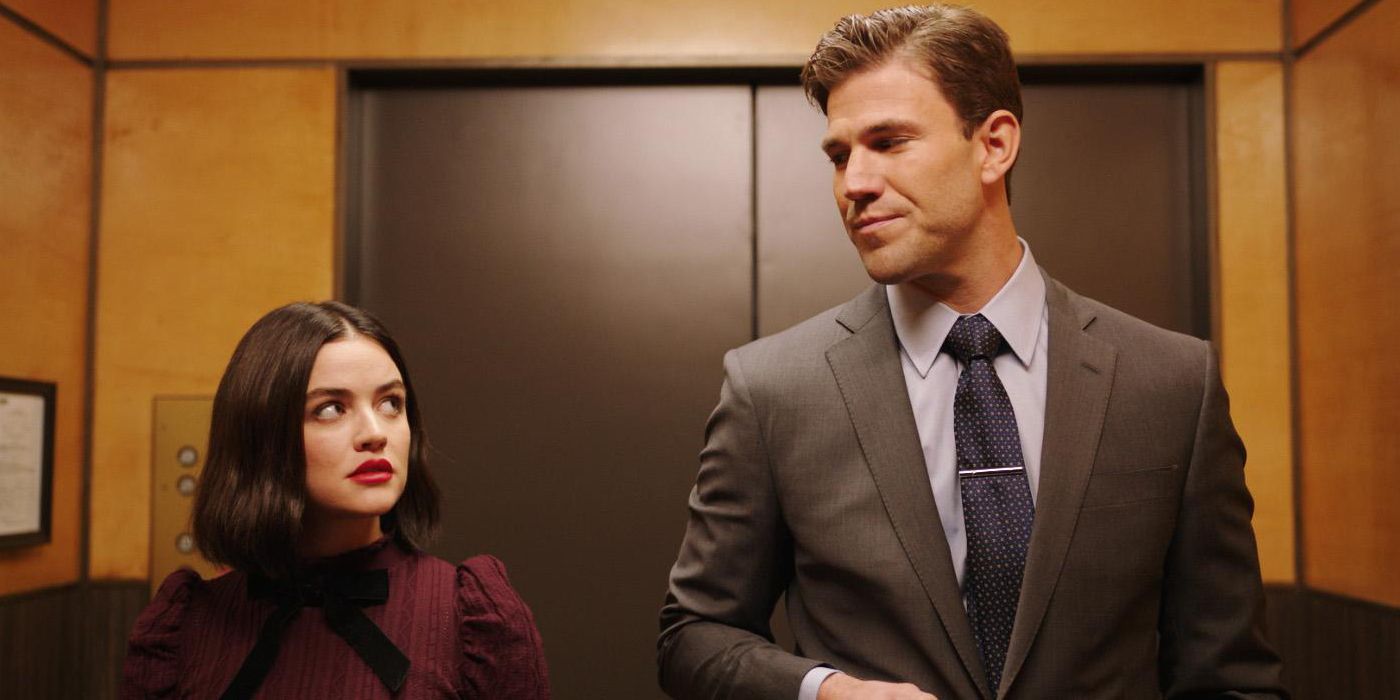 Directed by Peter Hutchings, ‘The Hating Game’ is a romantic comedy movie based on the eponymous 2016 novel by Sally Thorne. It revolves around Lucy, a kind-hearted woman who works in a publishing house and aims to climb the ladder of success in her career. However, the only thing in her way is her arch-nemesis, Joshua. Thus, Lucy engages herself in trying to fiercely outsmart the cold and orderly Joshua while trying to maintain her professional ethics and morals. What begins is a hilarious game of the two trying to be better than the other, through witty words and devious schemes.

However, Lucy’s plans to succeed over Joshua get complicated when she begins to get attracted to him. She is faced with deciding between doing whatever it takes to one-up him in the professional arena or surrendering to her feelings for him. Starring Lucy Hale as Lucy Hutton and Austin Stowell as Joshua Templeman, the movie is a fun take on office rivalry laced with elements of romance, set against a gorgeous urban backdrop. If you are curious to know the stunning locations where ‘The Hating Game’ was filmed, we’ve got you covered.

‘The Hating Game’ was entirely filmed in different regions of the New York state, specifically Upstate New York, Kingston, and New York City. Filming began on November 21, 2020, and the production was completed on December 23, 2020. New York has a diverse landscape ranging from coastal islands to the beautiful Appalachian and the Adirondack Mountains, which are bisected by river valleys.

The scenic beauty, an infrastructure that supports film and TV production, as well as the tax rebates and grants for filmmaking, make the state a fast-growing filming location. Movies like ‘Inside Llewyn Davis,’ ‘Green Book,’ and ‘The Intern,’ as well as the TV series ‘The Marvelous Mrs. Maisel’ were filmed in New York. Here are the exact filming sites for ‘The Hating Game.’

A region lying north of the metropolitan area, Upstate New York comprises cities like Albany, Utica, Binghamton, Syracuse, Rochester, and Buffalo. The various cities add distinct cultural influences to the region, and the geography is characterized by mountain ranges, vast forests, and large lakes. Thus, it is not surprising that major portions of ‘The Hating Game’ were filmed in Upstate New York.

The gorgeous winter scenery of the region added character to the story of the romantic comedy film. Some prominent shooting sites in Upstate New York are the Catskill Mountains, Finger Lakes, Pocantico River, and Little Falls. The movie ‘A Quiet Place,’ as well as TV shows like ‘The Punisher’ and ‘Modern Love’ were also filmed in the region.

‘The Hating Game’ was also filmed in New York City, the most populous city in the country. The Big Apple consists of five boroughs — The Bronx, Brooklyn, Manhattan, Queens, and Staten Island — situated at the meeting point of the Hudson River and the Atlantic Ocean and among the biggest economic, historical, and cultural centers internationally.

New York City is known for its amazing skyscrapers, as well as iconic spots like Times Square, Statue of Liberty, Empire State Building, Central Park, and Metropolitan Museum of Art. It is a prominent filming location, with state-of-the-art studio facilities and a big network of artists and crew. Some of the famous movies filmed in NYC are ‘Taxi Driver,’ ‘Begin Again,’ ‘Requiem For A Dream,’ and ‘West Side Story.’

Some scenes from ‘The Hating Game’ were filmed in the city of Kingston, located in Ulster County in the Hudson Valley region. It is considered an important transport hub with its railroad and canal networks. The city is rich in colonial history, as it was burnt down by the British in 1777 during the American Revolutionary War, after the Battles of Saratoga. It has various landmark churches and districts. The acclaimed show ‘I Know This Much Is True’ and the movie ‘Then Came You’ were also filmed in Kingston.

The production team of ‘The Hating Game’ had also planned to film the Brooklyn office scenes at the Saugerties Performing Arts Factory, prior to the pandemic lockdown. Located on 169 Ulster Ave, Saugerties, in Ulster County, it is a 55,000-square-foot warehouse and event facility with an 8,000-square-foot soundstage. Filming most likely resumed after the Covid-19 restrictions eased.