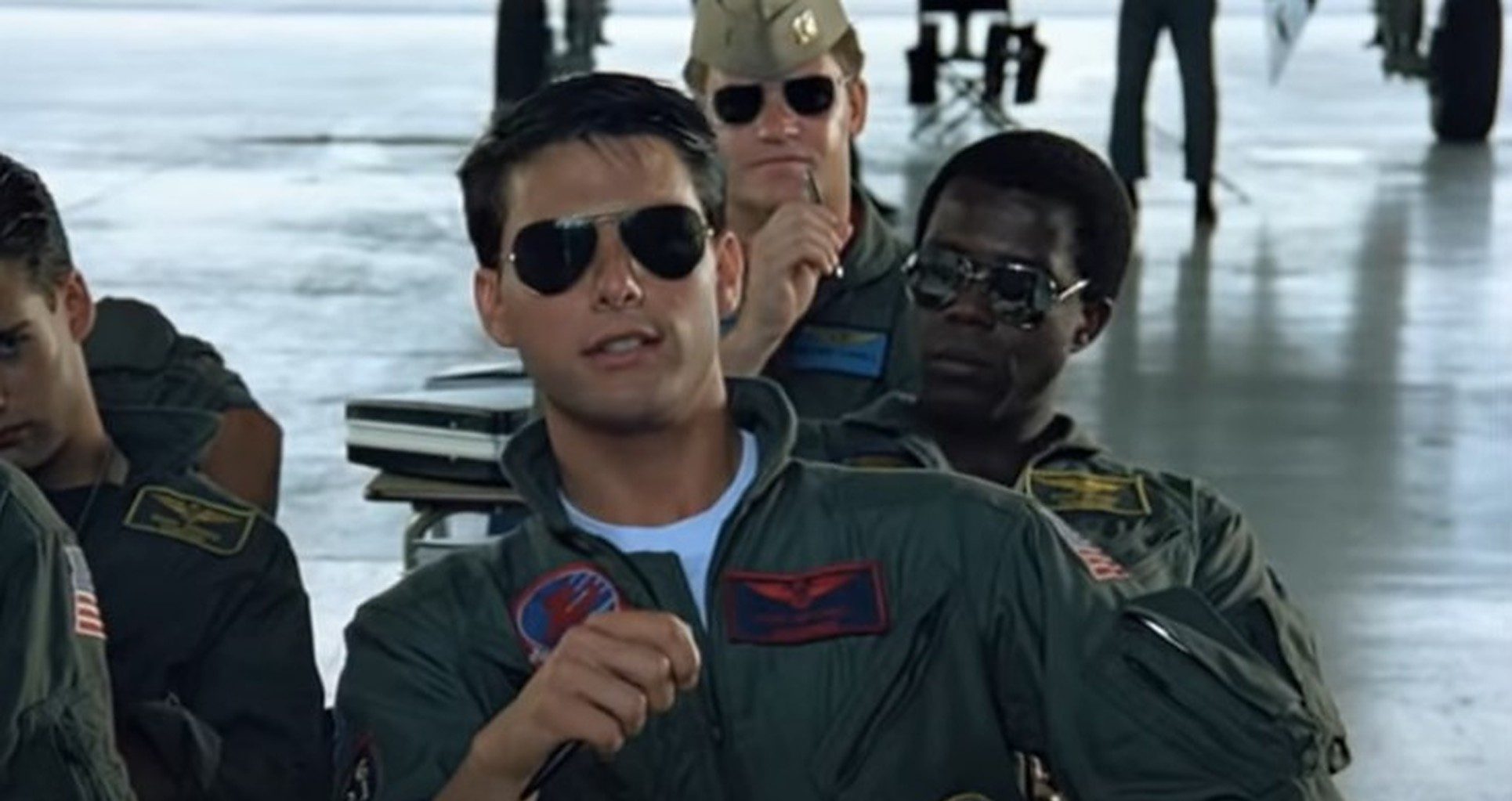 Directed by Tony Scott, ‘Top Gun’ is an iconic action-drama movie that follows Naval aviator Lt. Pete Mitchell AKA Maverick, who arrives to attend the TOPGUN training program at a Naval Fighter Weapons school with his friend and Radar Intercept Officer LTJG Nick Bradshaw AKA Goose. Maverick soon impresses all the instructors with his extraordinary skills and out-of-the-box strategies, but they frequently chide him for his reckless behavior and self-centered decisions. When a mishap causes Goose’s death, Maverick is forced to face his guilt and fears and assist his mates in one of the riskiest missions of his life.

Starring Tom Cruise, Kelly McGillis, Anthony Edwards, and Val Kilmer, the 1986 film has achieved cult status over the years with its stellar cast performances, aerial stunts, and action sequences. The backdrops of a Naval Air Station and Navy aircraft carrier further add an element of authenticity to the narrative. Fans of the movie will surely be curious to know where it was filmed. If you’re one of them, too, we’ve got the answers. Let’s begin!

‘Top Gun’ was filmed extensively in California, Nevada, and Illinois, particularly in San Diego, Oakland, Coronado, Oceanside, Fallon, and Chicago. Moreover, some of the aircraft carrier shots were filmed on the Pacific Ocean, aboard the real USS Enterprise. Principal photography for the movie took place between June 26, 1985, and December 26, 1985. The team made use of several real Navy aircraft, which were piloted by actual NASA astronauts and aerobatic pilots. Here is a closer look at the filming sites!

Major portions of ‘Top Gun’ were filmed in the coastal city of San Diego in California. The cast and crew filmed at numerous spots, such as the Marine Corps Air Station Miramar, which was renamed as the Naval Air Station Miramar in the movie. In addition, the scene at the Officer’s Club on Animal Night was filmed at the NAS Miramar Officer’ Club at 4472 Anderson Avenue. Important sequences, including those set in the hallway and restroom, were also filmed in and around the Naval Training Center on Roosevelt Road, specifically in Headquarters Building #200.

Many bar scenes were filmed in the city in different locations, such as The Lafayette Hotel, Swim Clubs and Bungalows and the Red Fox Room on El Cajon Boulevard, and the Windsock Bar and Grill at 2904 Pacific Highway. Furthermore, the famous final scene and piano scene were filmed at the Kansas City Barbeque, situated at 610 West Market Street. 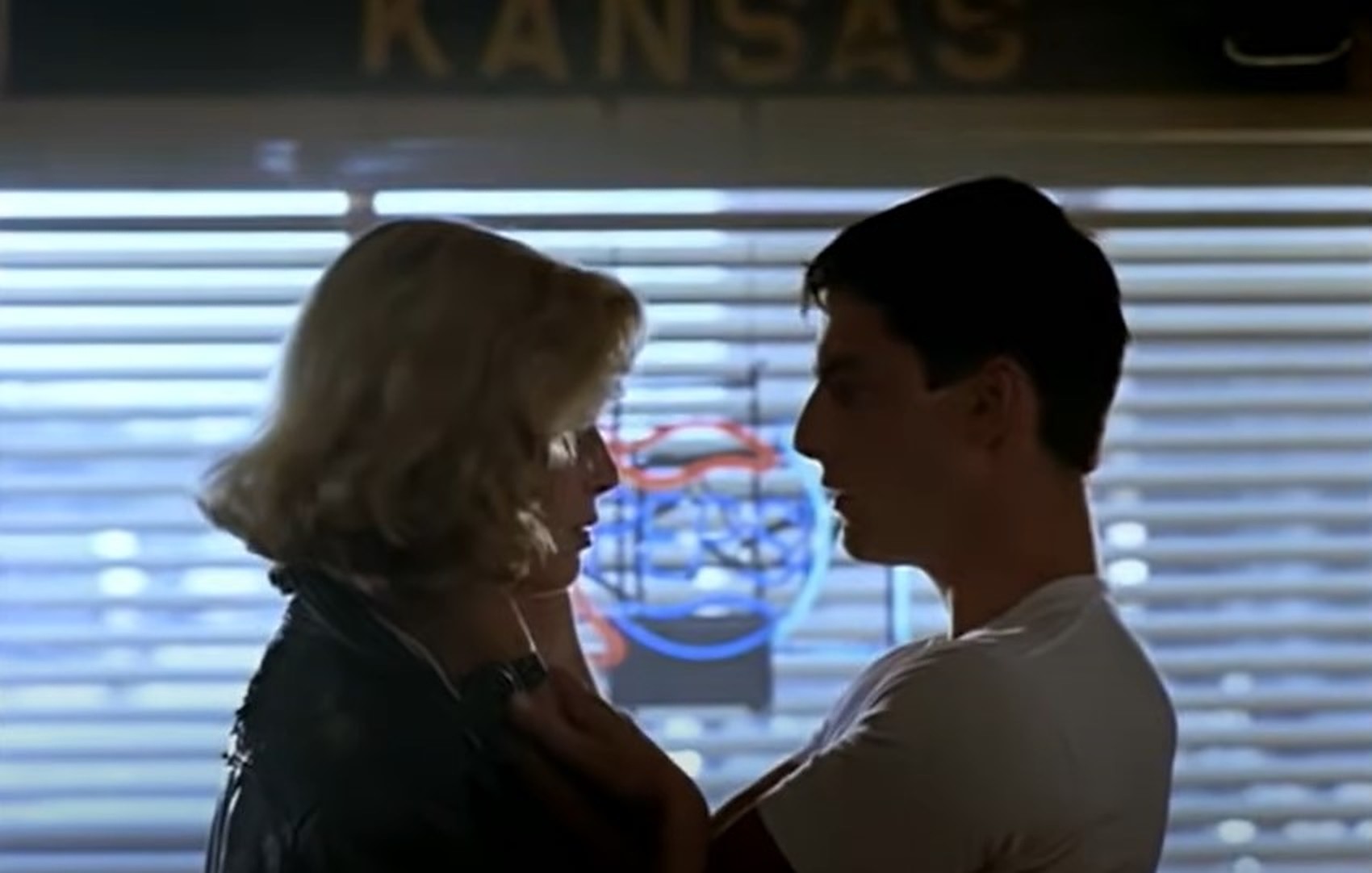 The locker room scenes were shot at The Plunge swimming pool in Mission Beach within Belmont Park at Fit Athletic Club, while scenes depicting Viper’s house were filmed at the New Point Loma Lighthouse on Cabrillo Road. The outdoor sequences where Charlie lets Maverick know that she is in love with him were lensed at 519 West Laurel Street. The interior shots of the aircraft carrier were taken on the USS Ranger, which was stationed off the city’s coast while filming. 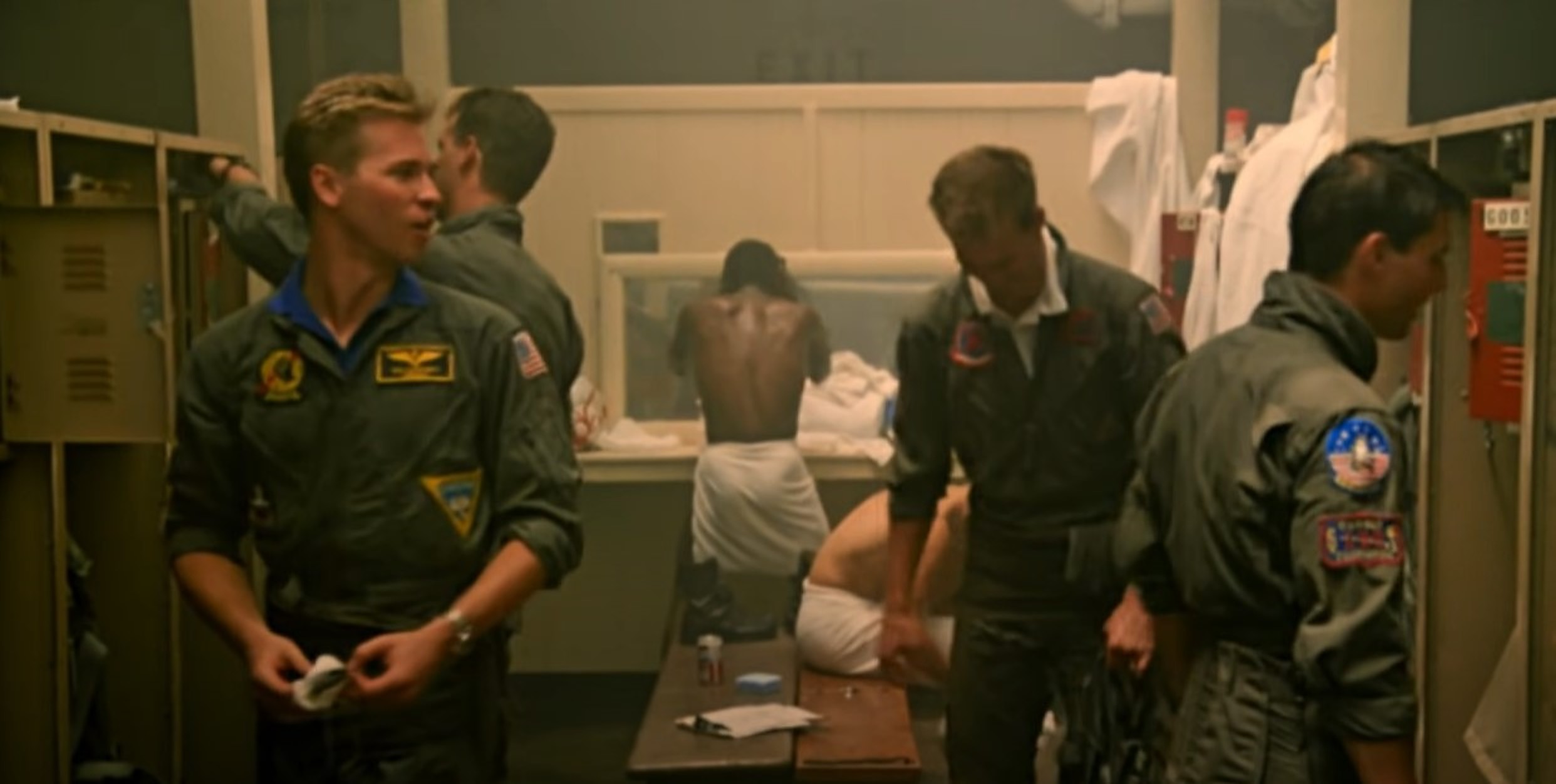 San Diego is known for its sprawling beaches and parks, as well as the USS Midway, a former aircraft that was converted into a museum. Some other movies that were filmed in San Diego include ‘Scarface,’ ‘Kingsman: The Golden Circle,’ and ‘Citizen Kane.’

The aircraft miniature shots in ‘Top Gun’ were filmed in Oakland, a busy port city in the San Francisco Bay Area. It is a charter city and has a robust economy that depends mostly on shipping, tourism, and automobile manufacturing. Oakland has a thriving art community and nightlife and is home to various famous musicians.

The Oakland California Temple, Chinatown, Lake Merritt, Peralta Hacienda Historical Park, and the Paramount Theater are the biggest tourist attractions in the city. The movies ‘C’mon C’mon,’ ‘Venom: Let There Be Carnage,’ and ‘Ant-Man and the Wasp’ were also filmed in Oakland.

The graduation scene in the movie was filmed at the Naval Air Station North Island in Coronado, a peninsular resort city in San Diego Bay. Popularly called The Crown City, Coronado is a land-tied island connected to the mainland by a tombolo called the Silver Strand. It is an important location for the US Navy, especially the above-mentioned NAS North Island, which is the home port of many aircraft carriers. Renowned tourist spots in the city include the Victorian Hotel del Coronado, Centennial Park, Coronado Ferry Landing, and Coronado Dog Beach.

The scenes showing Charlie’s house in ‘Top Gun’ were filmed at 102 Pacific Street, in the coastal city of Oceanside in San Diego County. It is famous for the California Surf Museum, Harbor Beach, and the Oceanside Pier and hosts several sports events annually. The city hosted the filming of ‘American Sniper‘ as well.

The exciting dogfight sequences over land in the movie were filmed at the Naval Air Station southeast of the city of Fallon, a city in Churchill County. Located in the Lahontan Valley, Fallon has a cold desert climate. It is the site of the crucial underground nuclear test in 1963, called Project Shoal. In addition, downtown Fallon is considered a National Historic Place.

The popular elevator scene in ‘Top Gun’ was filmed in Chicago, one of the largest cities in the nation. Situated on the shores of Lake Michigan, the city is rich in history and is presently a global center for telecommunication, finance, education, and technology. It is a cultural hotspot that holds various music, literature, film, theatre, and comedy events throughout the year.

Chicago is further known for its dynamic skyline, infrastructure, famous outdoor public art, and historic monuments. Some of the known artworks include Plensa’s Crown Fountain, Heald Square Monument, Oldenburg’s Batcolumn, and Anish Kapoor’s Cloud Gate. The movies ‘The Matrix Resurrections,’ and ‘Eternals,’ and the TV series ‘Chicago Fire‘ were also filmed in Chicago.

The exterior shots of the aircraft carriers in the movie were filmed on and around the USS Enterprise (CVN-65), a decommissioned US Navy aircraft carrier. Nicknamed “Big E,” it was the first nuclear-powered aircraft carrier. The historic vessel is currently undergoing the process of recycling.