Who Does Nicky Marry? Do Nicky and Edie End Up Together in This Is Us? 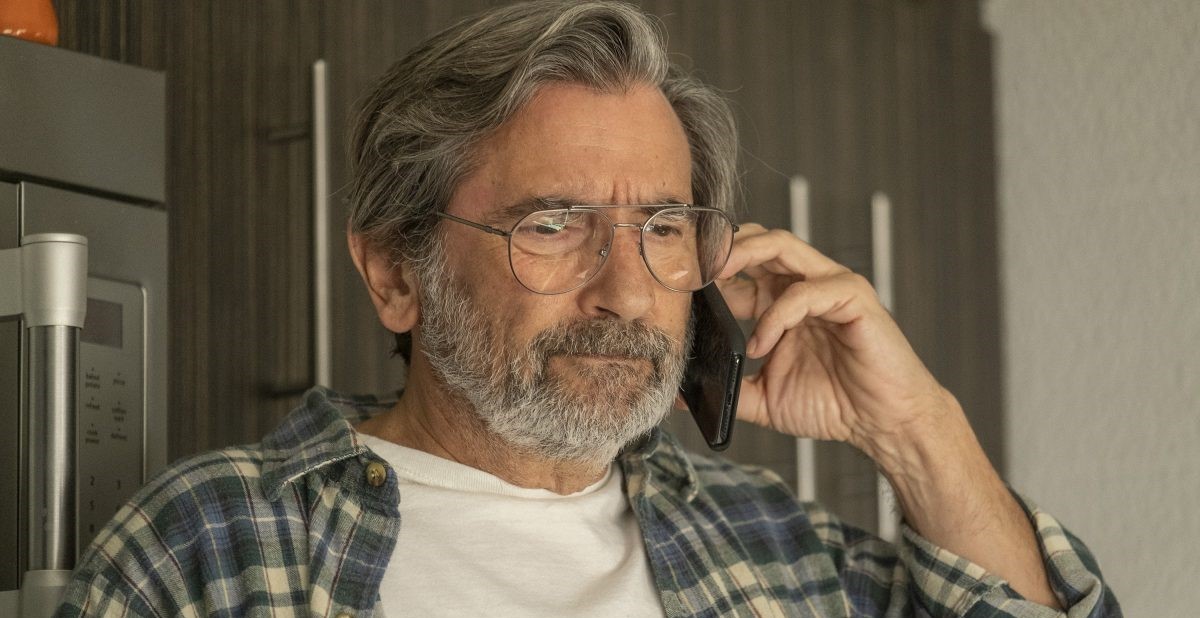 An acclaimed family show created by Dan Fogelman for NBC, ‘This Is Us’ dives deep into the past, present, and future of the Pearsons. Primarily revolving around Kevin (Justin Hartley), Kate (Chrissy Metz), and Randall (Sterling K. Brown), the sentimental drama touches upon the personal and professional lives of the siblings and their loved ones.

Jack’s (Milo Ventimiglia) younger brother, Nicky (Griffin Dunne), is a fan-favorite character, and his dynamic with Kevin, Rebecca (Mandy Moore), and Miguel (Jon Huertas) is heartwarming. In season 6 episode 1, Rebecca decides to take Nicky on a road trip to meet Sally (Dey Young), the long-lost love of his life. So, what happens? Who does Nicky finally marry? In season 6 episode 2, we are also introduced to the charming Edie (Vanessa Bell Calloway). Naturally, fans want to know if Nicky and Edie end up together. Well, we’ve got the answers you need. SPOILERS AHEAD.

Who Does Nicky Marry? Do Nicky and Edie End Up Together?

In season 6 episode 2, we see that Rebecca and Miguel accompany a nervous Nicky to Sally’s house, located somewhere in California. Soon, Nicky reveals that he never actually reached out to her and doesn’t even know whether she’s alive. However, despite Nicky’s uncertainty, the trio continues with their road trip. Nicky also buys a retro camera as a gift for Sally.

We quickly find out that they do have the right address and Nicky immediately recognizes his first love as she opens the gate. Sally remembers who Nicky is after Rebecca introduces them. She seems delighted and invites them inside. However, we soon find out that Sally is married to a man named Eric. Nicky is immediately upset and wants to leave, but Sally convinces them to stay for dinner.

During the awkward feast, it becomes apparent that Sally is unhappy with Eric. Nicky talks about their joyful romantic past and Sally recalls how different she used to be. Whilst talking about “sweating the small stuff,” Nicky reveals that although he pined after Sally for decades, he isn’t sad about his “lost years” because they gave him “a reason to hope.” Thus, surprisingly, we see Nicky being positive for a change instead of wallowing in self-pity. He says that, despite the awkwardness of the meal, their reunion isn’t “a waste of time.”

Sally emotionally reveals how unhappy her marriage is and states that whilst Nicky has loved her for 50 years, Eric treats her like “a line cook.” She then quickly leaves the room. Rebecca goes after Sally and the two women bond over aging and old romances. At this point, it seems as though Sally might decide to leave Eric to be with Nicky, who is still clearly in love with her.

Then, Nicky and Miguel decide that it’s time to leave. However, before departing, Nicky notices that Sally has a picture of him from the year they met (1969) on her photo board. He smiles, suddenly content. Miguel and Rebecca go to the car to give Sally and Nicky some privacy. Sally thanks him for coming and it’s obvious that she’s touched that he still cares for her.

Nicky notices that it’s a full moon night — just like the beautiful night when they first had sex. He then kisses Sally’s cheek and says, “See you in 50 years?” She laughs and declares that she’ll save the date. Thus, it becomes apparent that Sally and Nicky are going their separate ways, and that the latter has made peace with it. Nicky has accepted that they are not meant to be but knows that it doesn’t lessen the power of what they had when they were young. He is now seeing life through a new and hopeful lens, ready to find happiness.

So, naturally, fans are curious about who Nicky ends up marrying. This is particularly because in the flashforward in the season 4 finale, Nicky, who is at Rebecca’s bedside, is seen wearing a gold wedding ring. Then, in the flashforward in the season 5 finale — in the timeline focusing on Kate and Phillip tying the knot — it is confirmed that Nicky is married because he talks about getting stockings or nylons for “the wife.” Fans were thus expecting to see Sally as Nicky’s wife both five years and 15 years into the future (which is the show’s final timeline).

However, it soon becomes apparent who Nicky is going to marry. Towards the end of the second episode of the sixth season, Nicky says that he has decided to move back East to help Kevin with the construction of the cabin. Then, as he gets ready to leave, Rebecca says she knows that the universe will put the right person in Nicky’s path.

We then see Nicky on a flight back to Pennsylvania. A quick flashforward shows us an old Randall and a grown Deja standing outside Kevin’s cabin; they are greeting someone getting down from the mysterious white car that has puzzled fans since season 5. Randall warmly greets a Black woman named Edie; he thanks her for coming after she inquires about his mother’s deteriorating health.

Back on the plane in the present, Nicky is asked by a flight attendant to put up the seat next to him. Nicky starts rambling about the purpose of putting the seat up; he claims that he doesn’t see how it will save him in case of an emergency water landing. It’s clear that Nicky is flirting and we see that the amused air hostess is Edie. She cheekily tells him that she has duct tape for passengers like him who are going to be a problem. Smiling, he puts the seat up.

Another quick flashforward shows Edie kissing and hugging Nicky outside Kevin’s cabin. “Boy, I’ve missed you,” Edie says. “I missed you more,” replies Nicky. Thus, it’s clear that Nicky and Edie end up together because they are married in the future. It seems as though the two start dating after their meet-cute on the plane; their instant chemistry is palpable and Nicky is a happier man finally open to the good things in life. In a beautiful twist of fate, Jack’s brother finds the true love of his life right after saying goodbye to his first love. Rebecca was right — the universe did put the right person in Nicky’s path!

Read More: Are Deja And Malik Still Together in This Is Us?