Who is Cade’s Dad Dr. Ian Sullivan? Who Plays Him in The Resident? 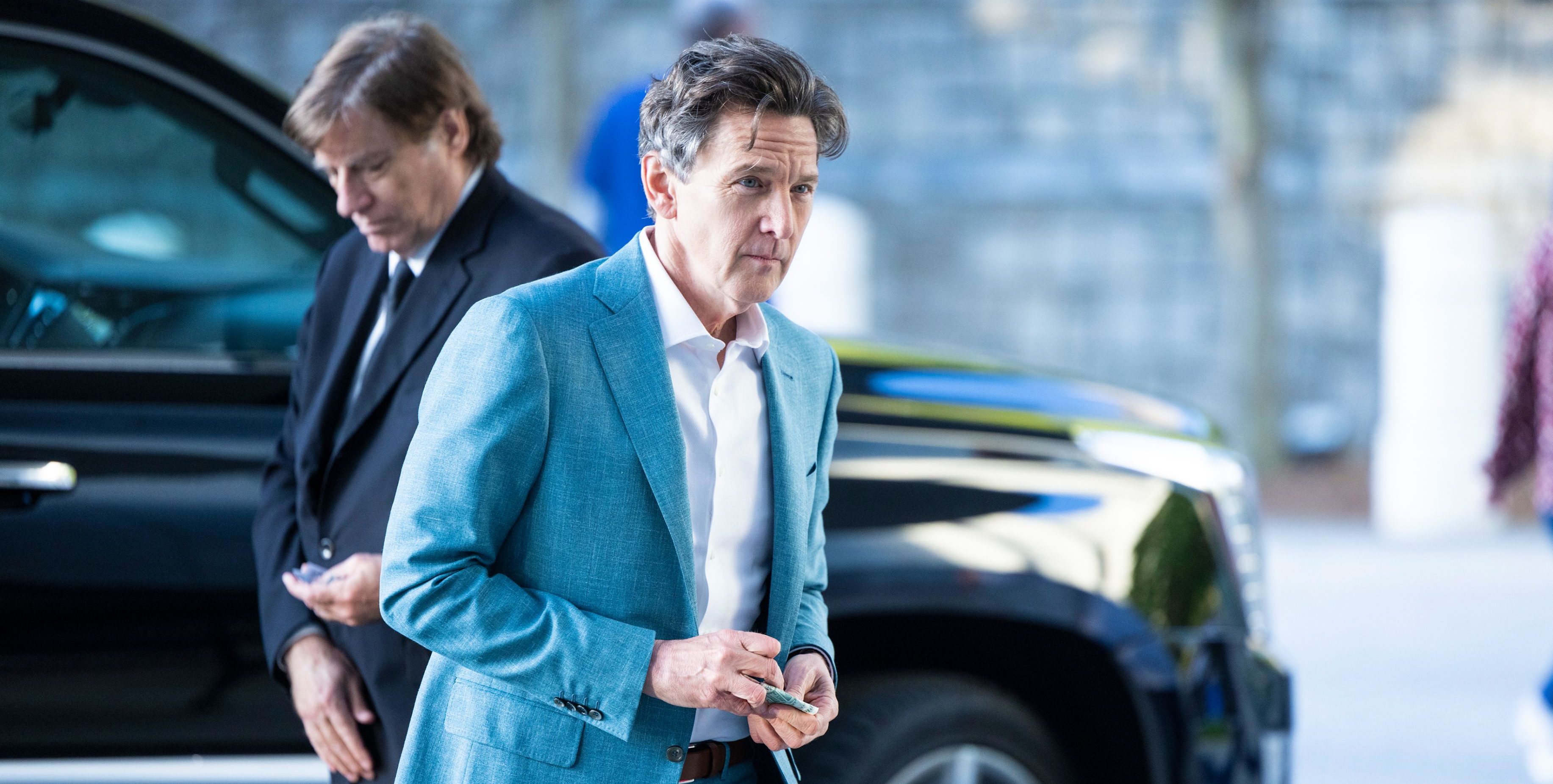 In episode 21 of FOX’s medical series ‘The Resident’ season 5, Cade decides to leave Chastain for her safety. Since her association with the FBI is not a secret anymore, she gets scared of staying in Atlanta. Before she could leave the city, she gets shot by the members of the Mafia, right outside Chastain.

Since Cade’s blood group is extremely rare, Conrad and his colleagues face a severe shortage of blood units to proceed with her surgery. Finally, they contact Cade’s father, Dr. Ian Sullivan, whose blood group matches with his daughter, to save the doctor. So, what more do we know about Dr. Ian Sullivan? Who plays him? Let’s find out! SPOILERS AHEAD.

Dr. Ian Sullivan, Dr. Kincaid “Cade” Sullivan’s father, is a narcissistic-yet-brilliant pediatric surgeon. He lives in Seattle, where he has a reputation for being a larger-than-life hero to the kids he treats. Ian is charming and expresses confidence through his admirable demeanor. When Devon finds out about the matching blood groups, he immediately makes arrangements for Ian to land in Atlanta. Even though Conrad, Bell, AJ, and Devon team up to save Cade before the reputed pediatric surgeon’s arrival, he may stay back in Atlanta to be with his daughter.

Although Ian has an incredible reputation for being a great pediatric surgeon, his relationship with Cade is nothing but complicated. His absence in Cade’s life even when his daughter has been dealing with life-threatening predicaments shows that the father and daughter are distant. Ian’s arrival at Chastain may reveal their intricate relationship and Cade’s mysterious past. The roots of the latter’s isolated life, without forming any attachments with people around, can be due to her separation from Ian. Since Ian is with Cade, we can expect them to work on their bond in the upcoming episodes.

In an interview given in April 2022, co-showrunner Peter Elkoff revealed that Ian likely will have a complex relationship with Conrad. Since the chief resident considers sharing his life with Cade, it wouldn’t be a surprise to see Ian coming in their way. If that’s the case, his relationship with his daughter may worsen. In addition, Ian may become a regular character in ‘The Resident’ if the show gets renewed for a sixth season. Considering such a possibility, we can expect him to get appointed in Chastain as well.

Andrew McCarthy, known for his performances in ‘Good Girls,’ ‘The Family,’ and ‘Lipstick Jungle,’ plays Dr. Ian Sullivan. Born on November 29, 1962, in Westfield, New Jersey, McCarthy’s first major credits include the 1983 film ‘Class.’ In the ‘80s, he was part of the cast of several films, including ‘Heaven Help Us,’ ‘Fresh Horses,’ ‘Kansas,’ and ‘Weekend at Bernie’s.’ He plays renowned author Henry Miller in Claude Chabrol’s ‘Quiet Days in Clichy.’ McCarthy was also a part of the guest cast of ‘White Collar,’ ‘Gossip Girl,’ and ‘13 Reasons Why.’

McCarthy is a popular director in the television industry. He has directed episodes of famed shows like ‘The Blacklist,’ ‘Orange Is the New Black,’ ‘Gossip Girl,’ and ‘Condor.’ He joined the cast of ‘The Resident’ to recur on the last three episodes of the fifth season with a possible option to be part of the regular cast in case the show gets renewed for season 6.

Read More: Will Devon and Leela Get Together in The Resident?