Who Is Diana Oweiss in Gaslit? Who Plays Her? 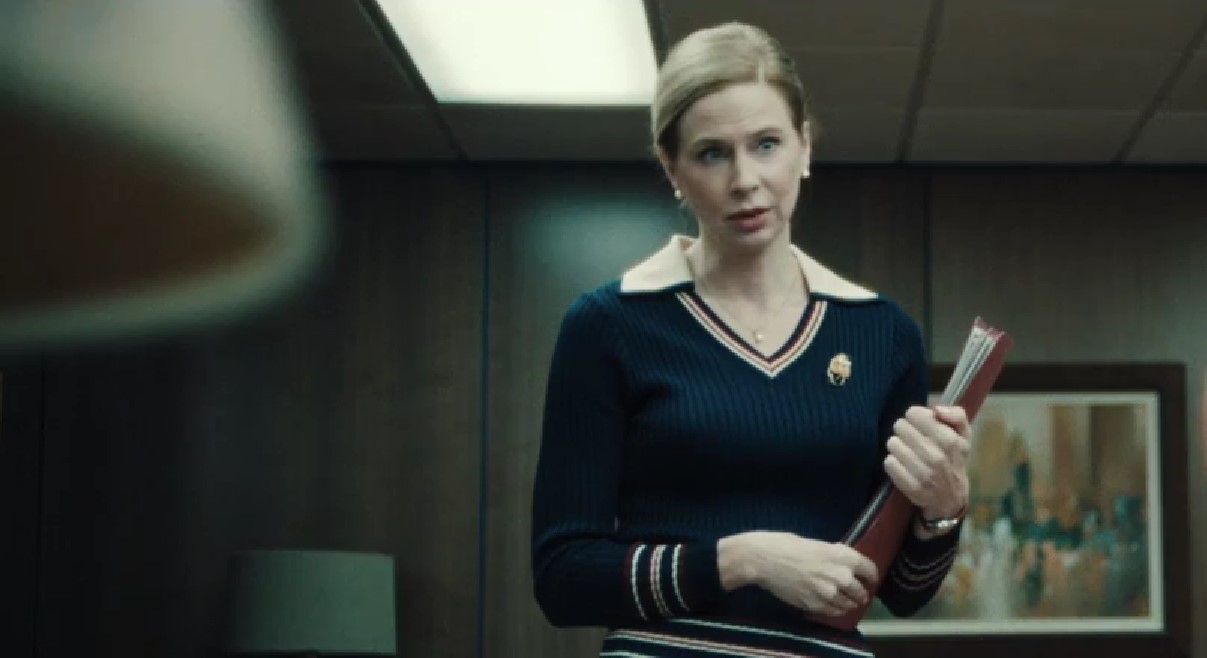 Created by Robbie Pickering and developed from the first season of Leon Neyfakh’s podcast ‘Slow Burn,’ ‘Gaslit’ is a political thriller series about the influential women of the Watergate Scandal. The infamous break-in is not at the epicenter of the show’s narrative. Instead, ‘Gaslit’ focuses on Martha Mitchell (Julia Roberts), the flamboyant and outspoken wife of Nixon’s Attorney General John N. Mitchell (Sean Penn). Martha was one of the first people to tell the world that the Committee to Re-elect the President, the fundraising organization her husband headed, had resorted to dirty tricks to win the election.

Unfortunately, Martha paid a steep price for it, and the show seeks to rectify her place in history. Diana Oweiss is one of the supporting characters in ‘Gaslit.’ She first appears in the pilot episode, titled ‘Will,’ briefly in the background of a scene. In episode 5, titled ‘Honeymoon,’ she becomes part of the main narrative. Here is everything you need to know about her. SPOILERS AHEAD.

In ‘gaslit,’ Diana Oweiss is John N. Mitchell’s secretary. At the start of the series, Mitchell is set to take over as the campaign chair for Nixon. When John Dean (Dan Stevens) exits Mitchell’s office and converses with Jeb Magruder, Diana can be seen sitting at her desk. She presumably continues to work for Mitchell during his time at CRP (or CREEP, as it was often called). By episode 5, Mitchell has quit the campaign and the Nixon administration altogether. He seemingly has returned to private practice, and Diana has accompanied him. Episode 5 takes place after Nixon is re-elected.

Mitchell tries to contact Nixon, but his calls aren’t answered. Even though Mitchell is bitter about the treatment he is receiving despite winning two elections for Nixon, he remains staunchly loyal. In episode 5, Diana walks into Mitchell’s office with some files that the partners in the firm brought over for Mitchell to sign. They seem to flirt for a bit before Mitchell asks whether there was any call from the White House. Diana shakes her head, adding that the people at the White House are probably busy.

When Mitchell vents his frustration, she reassures him. Diana tells Mitchell that if he needs something she is right outside his door. As she hands over the files, she suggestively brushes his fingers with hers. Late one night, Martha picks up the phone and hears her husband and his secretary speaking about having sex. This prompts the disconnect between Mitchell and Martha to grow further.

In ‘Gaslit,’ Diana Oweiss is portrayed by American actress Anne Dudek. Born in Boston, Massachusetts, Dudek spent her childhood in Newton. She was a student at Newton North High School before enrolling at Northwestern University. Dudek made her TV debut in an episode of the eighth season of ‘ER’ in 2001. She bagged her first cinematic role as Lisa Silk in the 2003 film ‘The Human Stain.’

Anne has since established herself as a prominent TV actress. She plays Clare Pettengill in ‘The Book Group,’ Lura Grant in ‘Big Love,’ Dr. Amber Volakis in ‘House,’ Francine Hanson in ‘Mad Men,’ Benedicte Schaeffer in ‘Those Who Kill,’ Pearl Sunderland in ‘The Magicians,’ Pamela Duncan in ‘Bosch,’ and Kate in ‘Corporate.’