Who is the Richest Friends Actor? 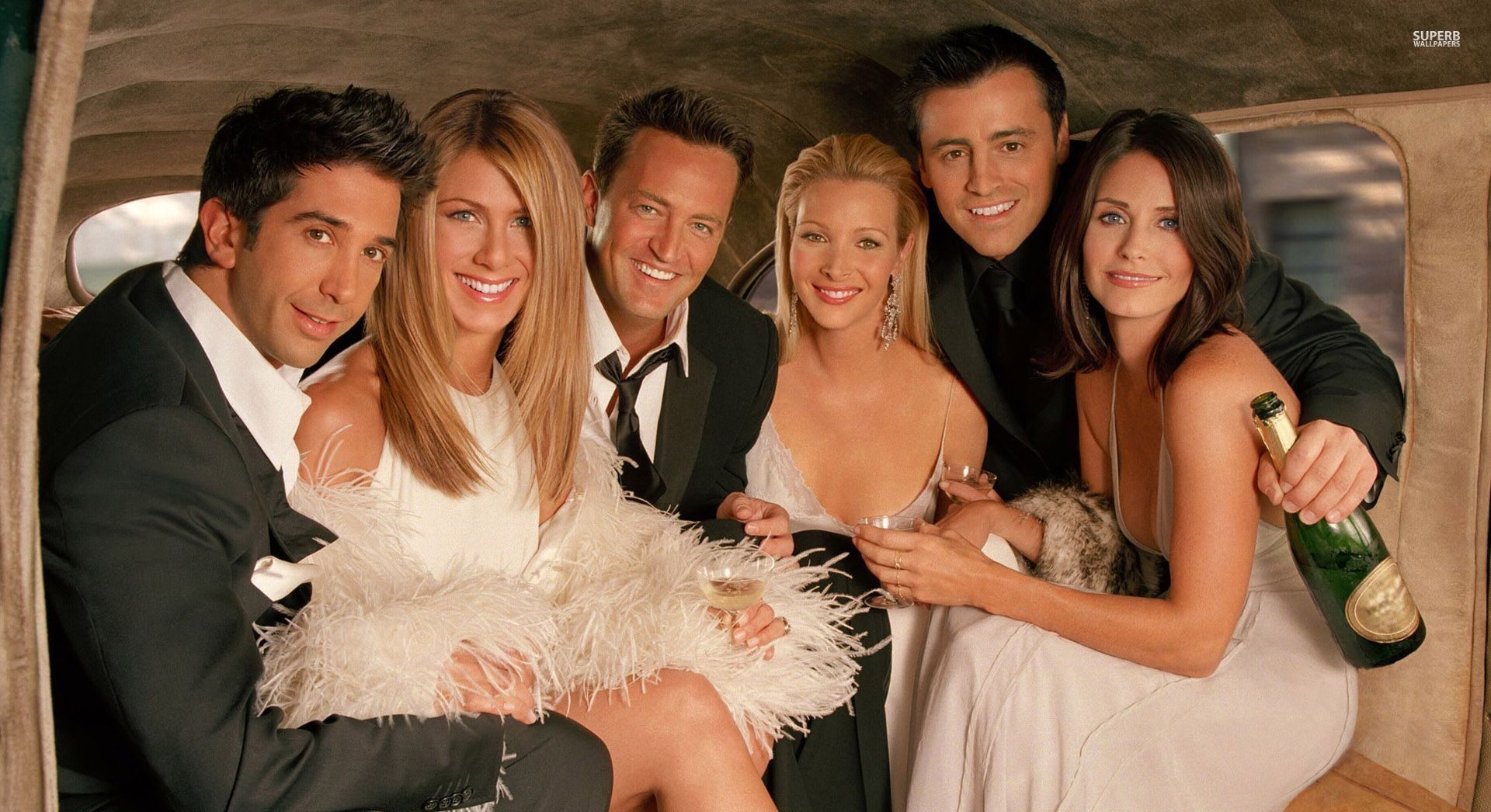 Created by David Crane and Marta Kauffman, ‘Friends’ is an evergreen sitcom that has won numerous viewers’ hearts across the globe. Since its premiere on September 22, 1994, ‘Friends’ has been praised for its hilarious plotlines and fantastic performances. The series has seen its fair share of reruns, a spin-off, and is still followed religiously by fans to this very day. The show shone a spotlight on the lead actors and provided a few of them with their first breakthrough. The actors, who rose to phenomenal prominence, make the characters of Rachel, Monica, Phoebe, Joey, Chandler, and Ross even more endearing and iconic. Let’s take a look at each of the main cast’s net worth today, shall we? 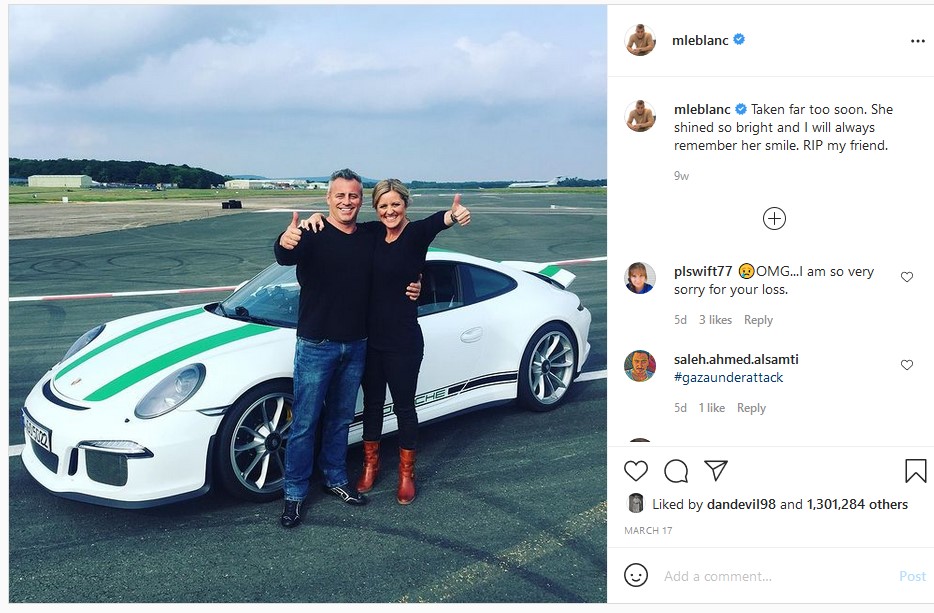 Matt LeBlanc plays the ever-hungry and ever-flirty Joey Tribbiani in the popular sitcom. Before ‘Friends’ gave him his big breakthrough, Matt was already working in the entertainment industry and had done a few minor roles. His portrayal of Joey got immensely popular, giving a boost to Matt’s fan base. After ‘Friends,’ the producers decided to base a spin-off on his character called ‘Joey,’ where Matt naturally had the lead role. He went on to appear in the TV series ‘Episodes,’ and ‘Man with A Plan,’ alongside a few minor roles in popular films. Known to be an avid car lover, Matt also hosted the show ‘Top Gear’ between the years 2016 to 2019. With such a successful career in entertainment, it is no surprise that Matt LeBlanc has accumulated a net worth of $80 million. 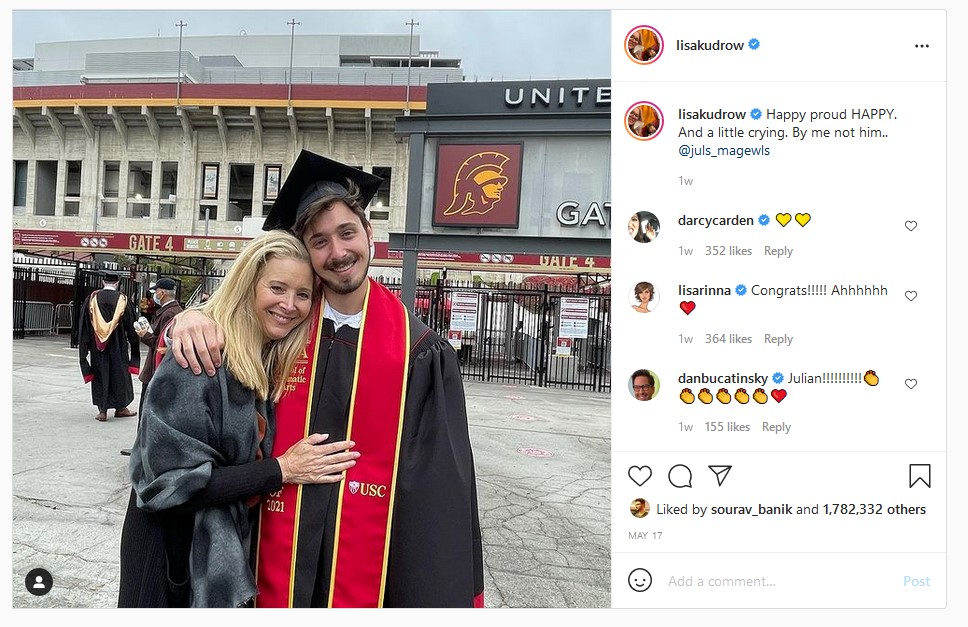 Lisa Kudrow plays the endearing musician and self-taught masseuse, Phoebe Buffay. Another actress who got her big breakthrough with ‘Friends,’ Kudrow, started small before ‘Friends’ catapulted her into major spotlight. She immediately became a well-known name in the industry for her performance as Phoebe. Additionally, while still playing the role of Phoebe, Kudrow further landed other minor roles which she took up.

After ‘Friends,’ Kudrow co-created, wrote, produced, and acted in the 2005 TV show ‘The Comeback’ (the show returned for a second season in 2015). She also received praise for her show ‘Web Therapy,’ where she also worked as the co-creator, writer, and executive producer. Additionally, Kudrow shone in popular films like 2007’s ‘PS. I Love You,’ 2009’s ‘The Other Woman,’ 2017’s ‘Boss Baby,’ and 2019’s ‘Booksmart.’ Reports also claim that Kudrow has made several investments in property, bringing her total net worth up to $90 million. 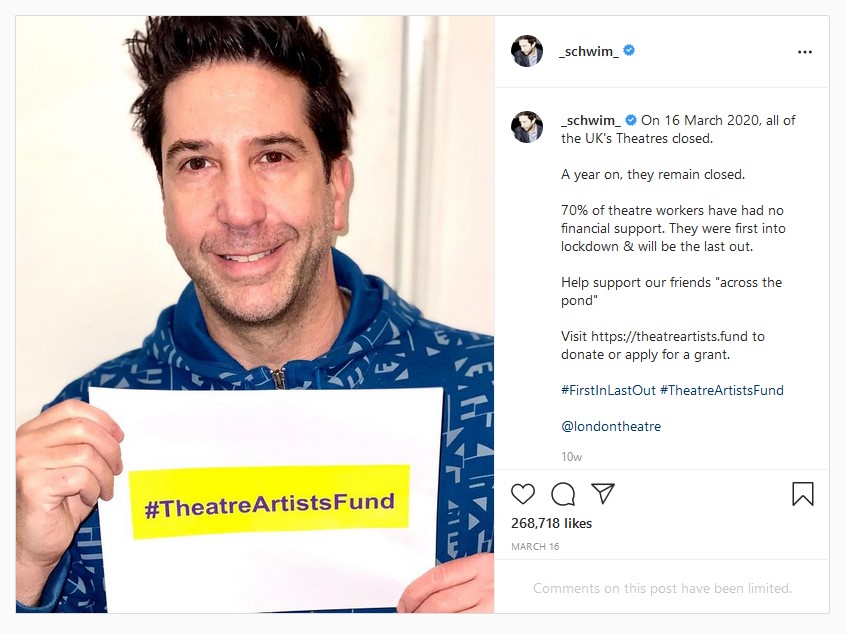 David Schwimmer plays the beloved paleontologist and Monica’s protective older brother, Ross Geller. Debuting in 1982 through a minor role in the TV show ‘Police Squad!’, David’s first credited role was in the 1989 television movie ‘A Deadly Silence.’ He played a few other roles before getting in the public spotlight with ‘Friends.’ After garnering much praise for his performance as Ross Geller, David kept appearing on numerous tv shows and movies.

In 2001, he was a regular on the miniseries ‘Band of Brothers’ before voicing Melman the giraffe in the ‘Madagascar’ franchise. His more recent acting credits include ‘The People v. O. J. Simpson: American Crime Story,’ ‘Will & Grace,’ and ‘Feed the Beast.’ David has also worked as a director for several shows, including ten episodes of ‘Friends’ and two episodes of ‘Joey.’ Additionally, he owns the theatre production company Lookingglass and has produced numerous plays through it. Over the years, using his outstanding acting and directing talent, David Schwimmer has built up a sweet net worth of $100 million. 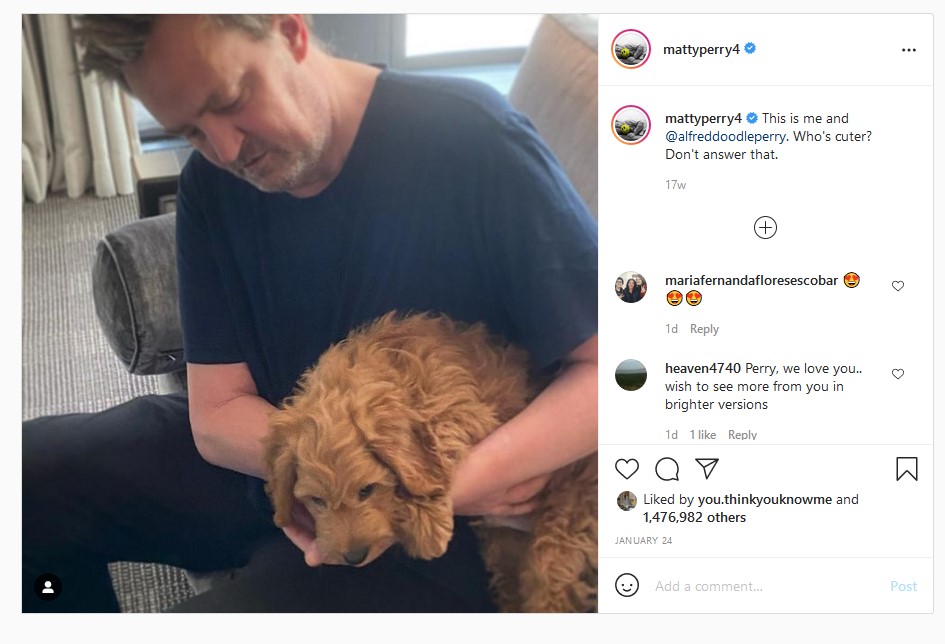 Matthew Perry plays the funny and hilarious Chandler Bing. Even before ‘Friends,’ Matthew Perry had a few significant roles to his name, including Chazz Russell in ‘Boys Will Be Boys,’ Billy Kells in ‘Sydney,’ and Matt Bailey in ‘Home Free.’ After becoming a fan-favorite and earning a massive following through his role as Chandler, Matthew went on to appear in other films and TV shows, a notable few being ‘Studio 60 on the Sunset Strip’ (which he also co-created and produced), ‘Mr. Sunshine’ (which he produced, co-created, and wrote), ‘Go On,’ and ‘The Odd Couple.’

He also worked as an executive producer for ‘Go On’ and ‘The Odd Couple.’ When it comes to movies, Matthew’s most notable performances include his roles in 1999’s ‘Three to Tango’ and 2009’s ’17 Again.’ In addition to his acting and producing career, Matthew has also invested heavily in real estate, which drove up his net worth to a staggering $120 million. 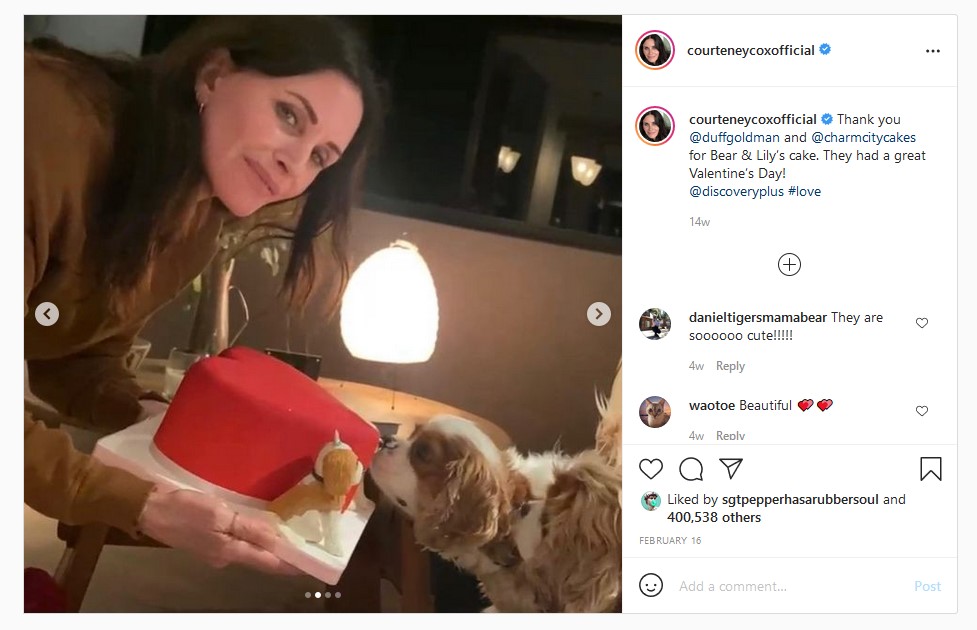 Courteney Cox plays Monica Geller, the chef who obsesses over cleaning and keeps the entire group in check. Courteney Cox is a huge name in the entertainment industry and has a compelling list of movies and TV shows to her name. She appeared in popular TV shows like ‘Misfits of Science’ and ‘Family Ties’ before essaying Monica Geller in ‘Friends.’ After gaining critical acclaim for her performance as Monica, Courteney went on to act in and produce numerous other shows and films, which brought her much deserved fame.

Some of her notable performances include Lucy Spiller in ‘Dirt,’ Jules Cobb in ‘Cougar Town,’ Gale Weathers in the ‘Scream’ franchise, and as the host of ‘9 Months with Courteney Cox.’ Furthermore, Courtney also co-owns Coquette Productions with her ex-husband David Arquette, which significantly bumps her net worth to $150 million. 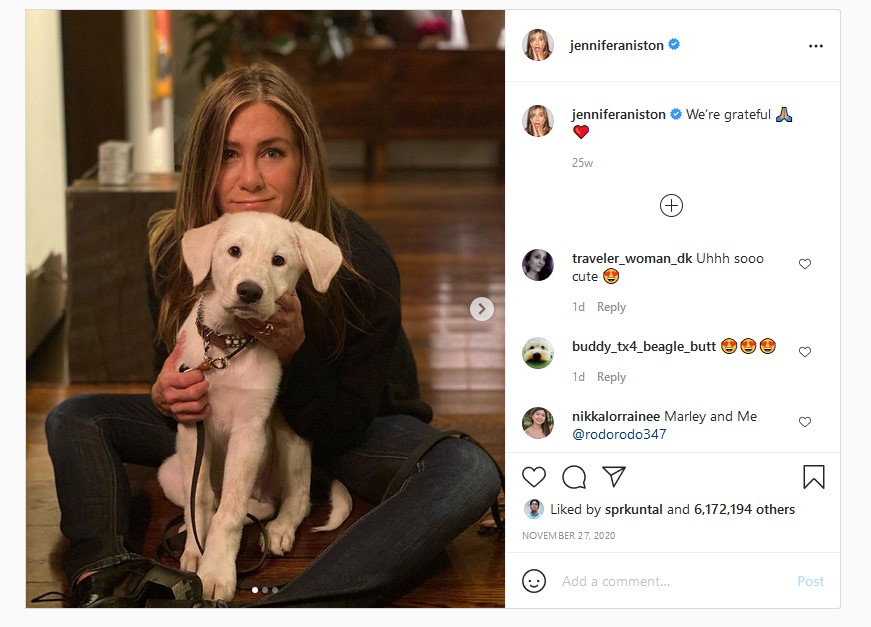 It is no surprise that Jennifer Anniston tops the list of the richest ‘Friends’ cast members. In the show, she plays Rachel Green, whose intermittent relationship with Ross Geller makes up a major story arc of the show. By far, the cast member who found the most success after the show, Jennifer Anniston, has gone on to reach a legend-like status in the entertainment industry today. With numerous blockbuster movies and popular TV shows under her belt, she proved for a fact that with talent and hard work, only the sky can be one’s limit.

A few notable performances from her massive filmography include 2003’s ‘Bruce Almighty,’ 2008’s ‘Marley and Me,’ 2010’s ‘The Bounty Hunter,’ 2011’s ‘Just Go With It,’ 2013’s ‘We’re The Millers,’ 2018’s ‘Dumplin’ and 2019’s ‘Murder Mystery. She has also lent her talent to the television industry and was reportedly paid $2 million for each episode of ‘The Morning Show.’ Apart from acting, Jennifer Anniston has also tried her hand at being an executive producer. With such an impressive, massive, and dynamic career to date, Jennifer Anniston has accumulated an enormous net worth of $300 million.

Read More: ‘Friends’ is the Show For All Seasons. Here’s Why.