Who is Yellowstone’s Piper Perabo? Here’s Everything We Know About Her 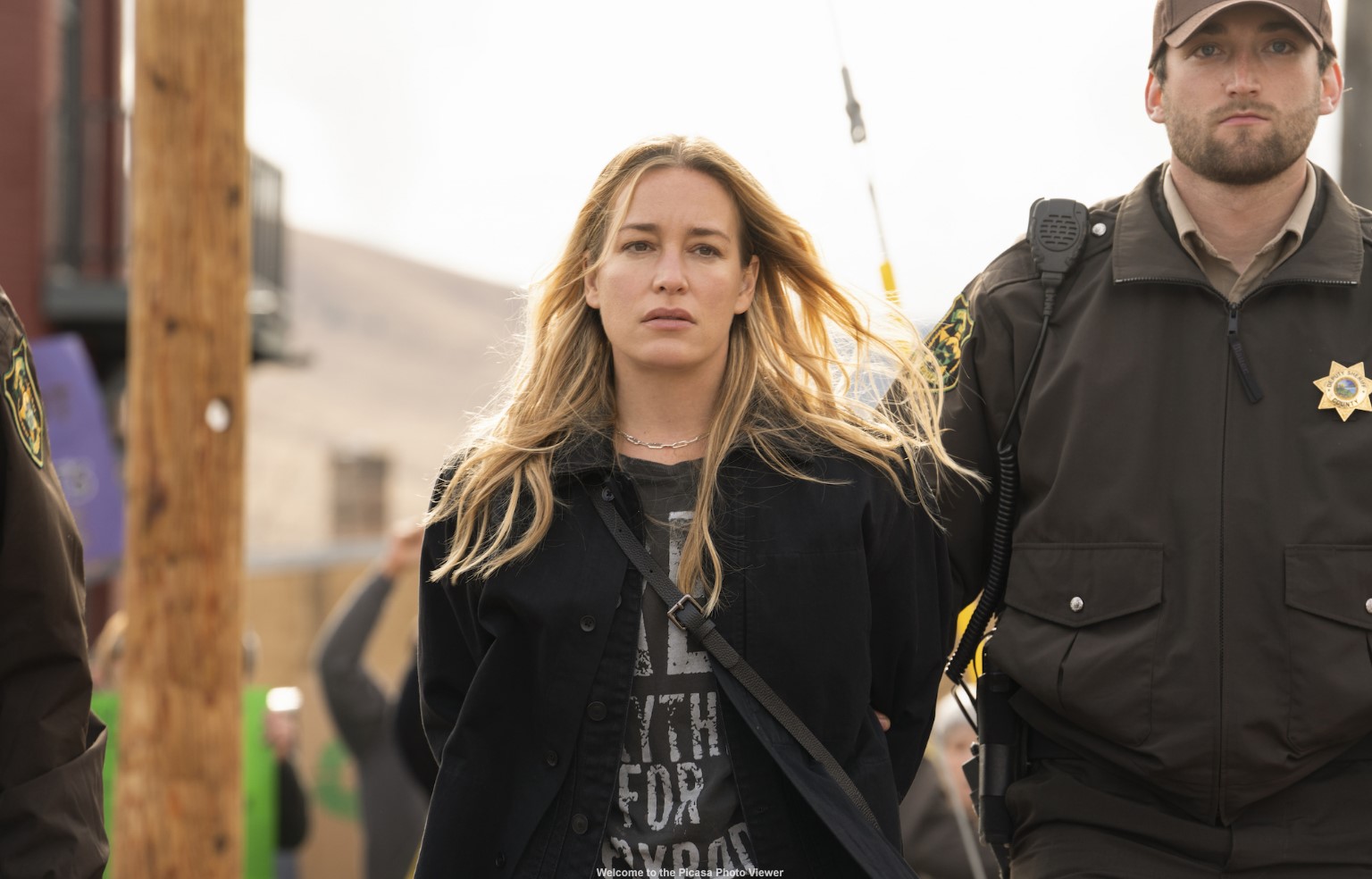 A mesmerizing and boundlessly talented actress, Piper Perabo has been dazzling us with her performance for quite some time. Although her first role came in the 1999 comedy movie ‘Whiteboyz,’ she rose to prominence by essaying  Violet “Jersey” Sanford in ‘Coyote Ugly.’ Most critics praised her performance, and in 2001, Piper even won an MTV movie award for Best Music Moment. Since then, there has been no looking back for the actress as she went on to become a part of numerous renowned productions.

Whether major or minor, Piper takes each of her roles seriously and puts a great deal of hard work into her performances. Moreover, she loves exploring new roles and does not shy away from challenges. Thus, it did not take long for Paramount to notice her and make her a part of ‘Yellowstone.’ With fans now clamoring to know more about Piper Perabo, we decided to bring you answers!

At 45 years of age, Piper is now an established actress and has numerous laurels to her name. Brought up in Toms River, New Jersey, Piper came into this world on October 31, 1976. Her father, an Irishman, was a lecturer at Ocean County College, while her Norwegian mother was a physiotherapist. Right from her childhood, Piper grew up loving films as her parents were great aficionados and even named her after famous actress Piper Laurie. Additionally, being the eldest of three children, she developed a close familial bond with her parents and siblings, which she honors to this very day.

After graduating high school in 1994, Piper earned a bachelor’s degree from Ohio University’s Honors Tutorial College. However, her heart was always set on being an actress, and thus, Piper joined the Trinity/La MaMa Performing Arts Program, which is based in New York City. Interestingly, reports stated that even before her graduation, a casting director noticed her at her then-boyfriend’s audition and paved the way for her to enter the film industry. Then it was just a matter of time before Piper landed her first role in a production.

Debuting with the role of Sara on ‘Whiteboyz,’ Piper went on to essay Violet “Jersey” Sanford  in 2000’s ‘Coyote Ugly.’ Her performance in the movie made her a household name and earned her much critical acclaim. In the same year, she also went on to essay FBI Agent Karen Sympathy in ‘The Adventures of Rocky and Bullwinkle,’ and undertook a minor role in ‘Followers.’ With offers coming in thick and fast, Piper went on to appear in several other productions with some notable roles being Nora Baker in ‘Cheaper by the Dozen,’ Princess Luna in ‘George and the Dragon,’ as well as Julia McCullough in ‘The Prestige.’

In 2006, Piper entered the television industry with the TV special, ‘The Prestige: Now That’s Magic.’ Her TV career snowballed, and Piper began appearing in quite a few significant roles, namely Annie Walker in ‘Covert Affairs’ (which she also helped produce), Julia George in ‘Notorious,’ Sara in ‘Turn up Charlie,’ Paula Clark in ‘The Big Leap,’ and Summer Higgins in ‘Yellowstone.’

Similarly, Piper has also been involved in several significant movies. Some of her memorable roles are Lisa Garvey in ‘The Lazurus Project’ (2008), Suzie in ‘Looper‘ (2012), Michelle in ‘Into the Grizzly Maze‘ (2015), and Leah Banning in ‘Angel Has Fallen‘ (2019). Interestingly, in ‘Into the Grizzly Maze,’ she plays a deaf character who communicates using sign language. However, instead of choosing the easy way out, Piper worked with other deaf people and sign language experts to prepare for the role thoroughly. This kind of passion and zealousness for her job is what makes Piper a world-class star.

Piper Perabo met Stephen Kay on the sets of the TV show ‘Covert Affairs’ where the latter was working as a director. The two felt an immediate spark and eventually started dating. Moreover, they initially kept their relationship under wraps and were reserved even after getting engaged in September 2013. Piper and Kay finally tied the knot in July 2014. As a husband, Kay is extremely caring and has supported Piper through thick and thin. Although the couple has no children of their own, Piper shares a beautiful bond with Kay’s daughter from his previous relationship.

Stephen Kay is a director, actor, and writer who has an illustrious career in the film industry. Known best for directing episodes of popular shows like ‘Sons of Anarchy‘ and ‘Yellowstone,’ he has worked as a director on several other productions including ‘The Shield,’ ‘Quantico,’ ‘New Amsterdam,’ and ‘Mayor of Kingstown.’ Additionally, some of his acting credits are ‘Deadly Games’ and ‘General Hospital.’

Read More: Are John and Summer Going to Get Together in Yellowstone?