Why Did Jerry West Not Want to Draft Magic Johnson in Lakers? 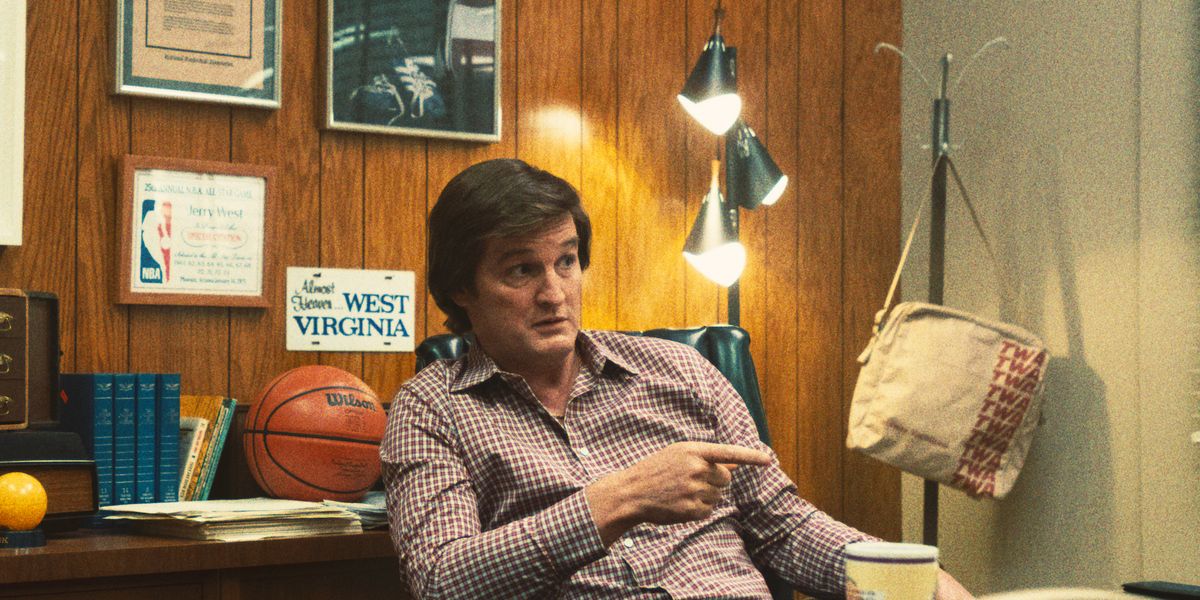 ‘Winning Time: The Rise of the Lakers Dynasty‘ follows the Los Angeles Lakers as they enter a new era under the ownership of businessman Jerry Buss. Among Buss’ first acts as the new owner of the LA Lakers is pinning for the NBA outfit to draft the rookie player Earvin “Magic” Johnson using their first pick. However, not everyone is on board with the decision.

Head coach Jerry West is one of the most vocal opposers of the idea of drafting Johnson for the Lakers. Since the series draws from reality, viewers must be curious to learn whether the situation has historical precedence and why West did not want to draft Johnson. Here’s what we know in that regard! SPOILERS AHEAD!

Why Did Jerry West Not Want to Draft Magic Johnson?

In ‘Winning Time,’ when Jerry Buss takes over the LA Lakers, the NBA Draft for the 1979-80 season is just around the corner. The most popular rookie, Larry Bird, has already signed for the LA Lakers’ rivals, Boston Celtics. As a result, Buss shifts his focus on signing Magic Johnson, who recently won the state championships by beating Bird’s team. Thus, Buss feels that Johnson is the better pick and will become an important player for the Lakers in the future.

Buss works with Jack Kent Cooke and has Johnson and his father flown to Los Angeles to discuss a potential contract. However, the LA Lakers’ head coach and former star player Jerry West is unhappy with the owners’ decision to pursue Johnson and pick him as their first choice in the upcoming draft. West instead suggests that the Lakers should draft Sidney Moncrief, a rookie from the University of Arkansas.

West has a few reasons for not wishing to draft Magic Johnson. One of the primary reasons is Johnson’s position. Johnson plays as a point guard, but the team already has one of the best point guards in the league in the form of Norm Nixon. Moreover, West is concerned over Johnson’s height having a negative effect on his performance as a point guard. West believes Johnson, who is 6 feet 9 inches tall, would struggle as a point guard in the fast-paced NBA as the ball would take longer to travel to his hands.

Moreover, West is unconvinced with Johnson’s shooting skills on the court. Thus, West prefers the sharpshooting Moncrief. West also chimes that Johnson smiles too much. Although West’s disapproval of drafting Johnson is very evident in the series, it does have some historical precedence. As reported in Jeff Pearlman’s book ‘Showtime,’ the primary source material for the show, West preferred Moncrief over Johson. However, the series has likely exaggerated the disapproval for a dramatic effect.

As history would have it, Johnson signed for the LA Lakers in a contract worth $500,000. On the other hand, Moncrief would end up at Milwaukee Bucks. Johnson would go on to prove West wrong as his height became an important asset for the Lakers on the court. Johnson’s partnership with Kareem Abdul-Jabbar launched the LA Lakers into their now renowned “Showtime Era.” In his debut season, Johnson helped the team win the NBA Championship and won various individual accolades. West would step down as coach before the season commenced and took on a front-office role, first as a scout and later as the team’s General Manager.

Read More: Who Was Jack Cooke? Why Did He Sell Lakers to Jerry Buss?