Why Did Kayce Quit? Is Luke Grimes Leaving Yellowstone?

The fifth season of Paramount Network’s Western series ‘Yellowstone’ begins with a personal tragedy that shatters Kayce Dutton and his wife Monica Long Dutton. In the fifth season premiere, Monica gets into an accident and loses their second son. As she deals with the traumas of the same, Kayce tries his best to be a support system for his partner. In the third episode of the season, Kayce makes a significant decision that can pave the way for severe ramifications, personally and politically. If you are wondering about the motive behind Kayce’s startling decision, we have got you covered! SPOILERS AHEAD.

Why Did Kayce Quit?

After the death of Kayce and Monica’s second son John, named after the Dutton patriarch John Dutton, the family stoops to distress. Although Kayce is severely sad about the death of his son, he knows that his sadness is cannot be compared to the distress of his wife, who has carried and nurtured the child for months as a part of her. He realizes that he needs to be with Monica as her support system for her to overcome the traumas of the accident and John’s death. Kayce doesn’t want anyone or anything to make him stay apart from Monica, which leads him to resign as the Livestock Commissioner.

Although Kayce has never yearned for such a powerful position, he accepts the same for the sake of his Dutton family and helps John to protect the Yellowstone Dutton Ranch. After his second son’s death, Kayce realizes that it is time for him to prioritize his immediate family rather than the family formed by his father, sister, and allies. As far as Kayce is concerned, helping Monica overcome her traumas is the only thing that requires his undistracted attention and he doesn’t want his professional obligations to come in between them.

“[…] normally when they [Kayce and Monica] would go through something difficult, it would sort of push them apart. And, as always, they go through something very difficult. And this time, it really seems to pull them together closer than ever before,” Luke Grimes, who plays Kayce, told Screen Rant about how his character’s closeness with Monica. In addition, Kayce must be feeling guilty for asking Monica to drive to the hospital on her own since he gets engaged with his duties as the Livestock Commissioner. Quitting the job can be Kayce’s way of making sure that nothing will come between him and Monica again.

Kayce’s astounding decision concerning his future must have alarmed the viewers concerning Luke Grimes’ commitment to the show. As the fifth season of the show revolves around John and Bethany “Beth” Dutton’s war against Market Equities, will Kayce decide not to be a part of it, opening a gateway for the actor to leave the show? Well, let’s see.

As of yet, neither Paramount Network nor Luke Grimes has released an announcement regarding the actor’s departure from ‘Yellowstone.’ Although Kayce resigns as the Livestock Commissioner, the same is expected to be just a narrative development that marks the beginning of an intriguing storyline that involves him and Monica rather than an indication of the actor’s supposed departure. Grimes had already revealed that there’s a lot yet to happen in his fifth season storyline, especially concerning the visions he sees while fasting to find out the reason behind the appearance of the wolf, his spirit animal. 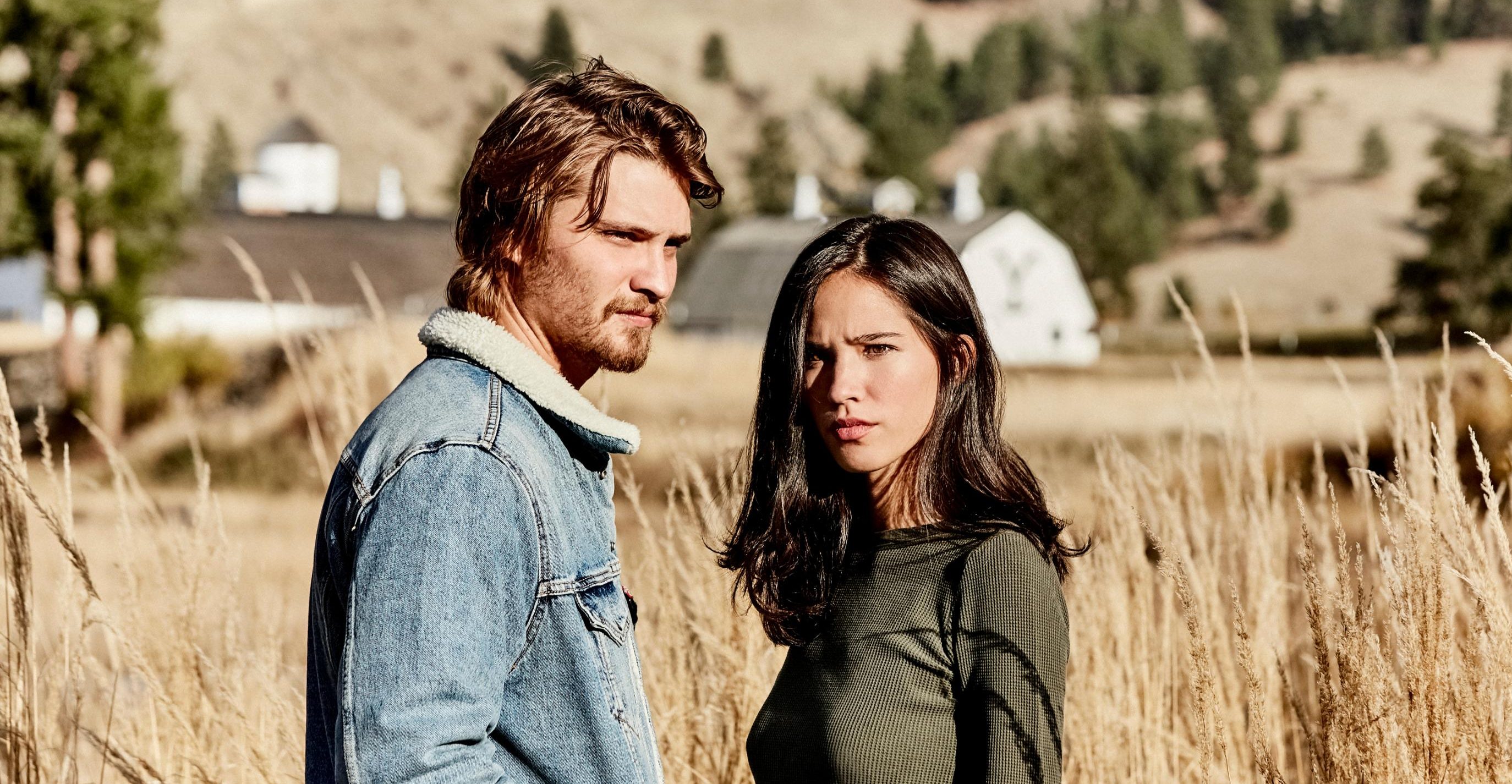 In a recent interview, Grimes said the fifth season will explore what really his revelation concerning the “end of Kayce and Monica” means. “[…] throughout season five, you start to learn what that meant and specifically what Kayce saw, and then also, their plan to go through with it in a way that makes sense to them,” the actor told THR.

“I think what we gather from that vision quest is when that woman says, ‘Here are two paths and you have to choose one,’ and Kayce just says, ‘Oh, god’ — that was the line, ‘oh, god’ — you realize there’s no good option here. So obviously, he knows what the choices are. And those will become more clear as the season progresses,” Grimes added to THR, revealing how Kayce will be an integral part of the rest of the season 5 episodes. Considering Grimes’ words, it is evident that he is not leaving ‘Yellowstone’ in the immediate future.