Young, Famous & African: Where Are They Now? 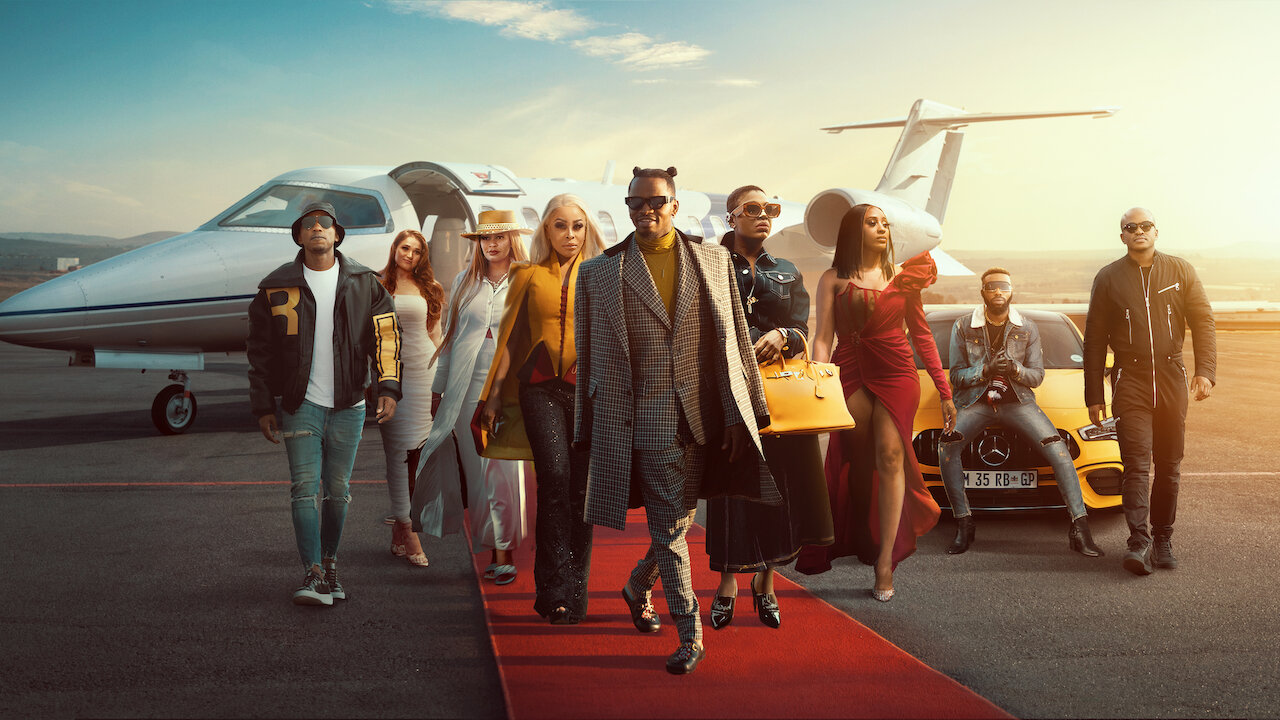 In Netflix’s ‘Young, Famous & African,’ the first series of its kind to be backed by the global streamer, a group of media stars navigate all aspects of life in the wondrous city of Johannesburg. In other words, it is a reality drama that centers around young entertainers as they not only work and play but also flirt and fight in the City of Gold to give us an inside look into how the affluent really live. So now that we know a bit about the incredibly successful cast’s personal and professional experiences through the show, let’s find out what they’re up to these days, shall we?

Where is Khanyi Mbau Now?

As an actress, reality star, artist, host, businesswoman, mother, and even a life coach, Khanyi Mbau continues to work towards achieving her goals with each passing day. That essentially means she’s doing what she loves – currently playing Zandile The Resolute on ‘The Wife’ season 2 – while also balancing her relationships with her daughter as well as with her partner. Khanyi has actually started to refer to Zimbabwean entrepreneur Kudzai Mushonga as her “hubby” on social media platforms, as seen above, suggesting that they may be ready to take the next step quite soon.

Where is Annie Macaulay-Idibia Now?

Like Khanyi, even Annie Macaulay-Idibia’s dream is to find the perfect harmony between work and family, but she wishes to do so while putting her homeland of Nigeria on the map as an entertainment hub. She’s the “SuperMom” of two young daughters, a loving wife to Innocent “2Face” Idibia, an actress/model/television presenter in the public eye, and an accomplished businesswoman. After all, apart from owning and operating the BeOlive Hair Studio in Atlanta, Georgia, she recently started a household cleaning company in Johannesburg, which will soon launch in Nigeria as well.

Where is Swanky Jerry Now?

Jeremiah “Swanky Jerry” Ogbodo is a celebrity stylist, image consultant, owner of the Swanky Signatures fashion house, and public personality who was even named in the 30 under 30 List by Forbes Africa in 2020. In short, he’s a Nigerian fashion magnate who is still climbing the ladder of the industry to achieve wonders, going as far as to style not only actors and musicians but also African presidents as well as first ladies. Whether it be from London to Dubai or from Morocco to Paris, Swanky’s occupation is taking him all across the globe, and his online presence makes it clear that he has no plans on slowing down, let alone stopping, anytime soon.

Where is Nadia Nakai Now?

Following in her family’s footsteps to be a “powerful, strong, opinionated woman,” Nadia Nakai is a South African musician, television personality, and entrepreneur of Zimbabwean heritage. The host of ‘Gen-Z South Africa’ actually left Family Tree Records, with whom she’d released both the ‘Bragga’ EP (2016) and the ‘Nadia Naked’ studio album (2019) in June 2021, only to launch her own label soon after. Nadia felt like it was just the most natural progression for her as an artist and entertainer, so she established Bragga Records around November. We should also mention that she is currently romantically involved with rapper Kiernan “AKA” Forbes.

Where is Diamond Platnumz Now?

Following three studio albums and numerous singles, Diamond Platnumz just released his ‘First of All’ EP (March 2022), meaning that he’s currently leading a good, successful life as an artist and businessman. Apart from being the wealthiest Tanzanian musician at the moment, he is also the founder and CEO of Wasafi Bet (a betting company), Wasafi Media, WCB Wasafi Record Label, and Zoom Extra. As if that wasn’t enough, not only has he partnered with local talents to create a platform in the hopes of finding budding comedians in his homeland, but he also serves as a brand ambassador for Pepsi, iTel, and Nice One Washing Powder.

As his nickname indicates, Quinton “Naked DJ” Masina is a South African club DJ as well as a radio personality who continues to thrive in his career through new sets, bookings, and gigs with each passing week. Moreover, he is still happily in a relationship with Kayleigh Schwark (12 years his junior) and is a proud father of one (a 16-year-old video creator who goes by Peezy online). If you think you’ve seen Naked somewhere before, that might actually be the case because he previously appeared on ‘The Real Housewives of Johannesburg’ with his then-partner, second wife, Naledi Willers.

Where is Kayleigh Schwark Now?

Before ‘Young, Famous & African,’ many only knew Kayleigh Schwark as Naked DJ’s girlfriend, but the truth is that she has always been much more. Originally from Midrand, Gauteng, she relocated to Johannesburg after high school to chase her dreams of being in the entertainment world, yet she still pursued further studies for some backing. Therefore, having majored in human resources, not only does she work as an HR consultant these days, but she’s also a semi-professional footballer, a socialite, and a fitness buff. For Kayleigh, as per her Instagram bio, the gym is her playground.

Where is Andile Ncube Now?

Andile Ncube can only be described as a public figure through and through, especially with his experience as an actor and television host before evolving into a sports commentator. After all, some of his old credits include being a broadcaster for the 2010 FIFA World Cup and a host for ‘Live AMP,’ ‘The Search: E! Host South Africa,’ and ‘The X Factor South Africa.’ Now, though, thanks to his passion as well as background, he proudly serves as a sports presenter for both Radio 2000 (‘Sports Night Live with Andile’) and METRO FM (‘The WKNDR’), where he has established a good name for himself.

Where is Zari “The Boss Lady” Hassan Now?

Last but not least, there is Zari “The Boss Lady” Hassan — a host, former musician, reality star, influencer, businesswoman, and philanthropist. Apart from being a dedicated mother of five children (three from her late ex-husband and two from Diamond Platnumz), she is the owner of a cosmetic store and a 5-star hotel in Uganda, her homeland. Furthermore, she even operates one of the biggest real estate companies in the nation as well as the Brooklyn City College at the moment, both of which she got complete control over once her ex passed away in 2017. We should also mention that Zari is currently dating a fellow Ugandan entrepreneur based in South Africa, GK Choppa.