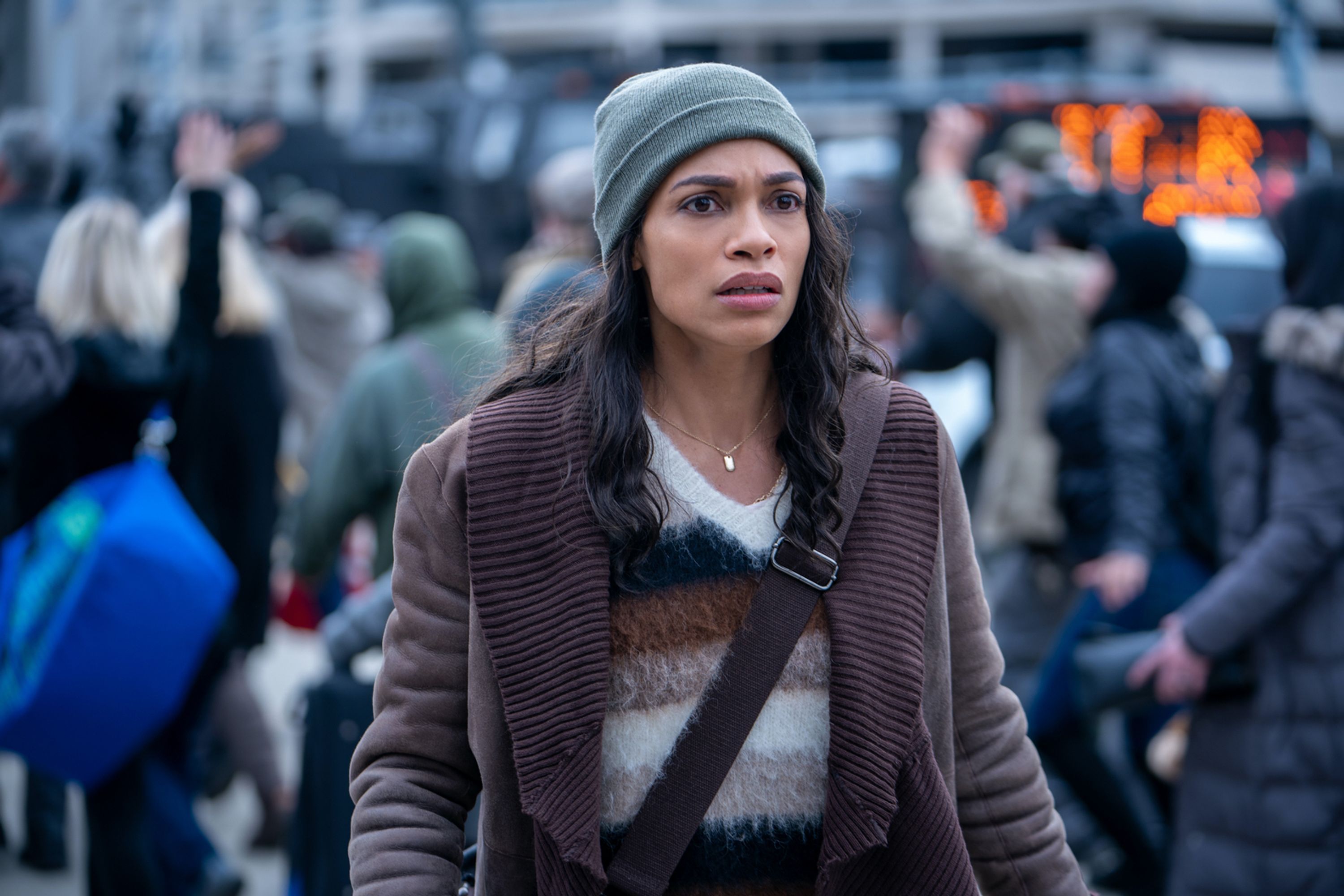 Based on the DC graphic novel series of the same name, ‘DMZ’ is an HBO Max original that is set in a world where the USA is in the middle of a Second Civil War. The conflict between the remaining United States and the new Free States of America has been going on for ten years at the start of the show. The island of Manhattan has been converted into a demilitarized zone (DMZ) between the two conflicting factions.

The series follows Alma Ortega, a medic from Brooklyn, who was separated from her son Christian during the evacuation of the island. Alma aims to reenter Manhattan to reunite with her son despite the severe warnings against the same. The people outside the region describe it as a lawless place with people at their worst. However, Alma proceeds ahead and enters the DMZ. If you enjoyed the exploration of a dystopian setting provided by ‘DMZ,’ then you are sure to enjoy these shows that feature a similar world setting! You can watch most of these shows similar to ‘DMZ ’ on Netflix, Hulu, or Amazon Prime.

‘Station Eleven’ is a gripping tale set in a world that has been ravaged by a flu pandemic, resulting in the collapse of all civilization. Twenty years after the onset of the disease, we see a group of survivors who travel around and make living as live performers known as the Traveling Symphony. The group comes to know of a violent cult leader, the Prophet, who shares a connection with the survivors. The group decides to track down the Prophet and learn about his motives.

The show is well-liked by the audience for its depiction of the post-apocalyptic world where the people are intent on keeping their spirits alive and up. ‘Station Eleven‘ is present on this list due to its similarity with ‘DMZ’ given its depiction of travels in search of a person across seemingly lawless lands. 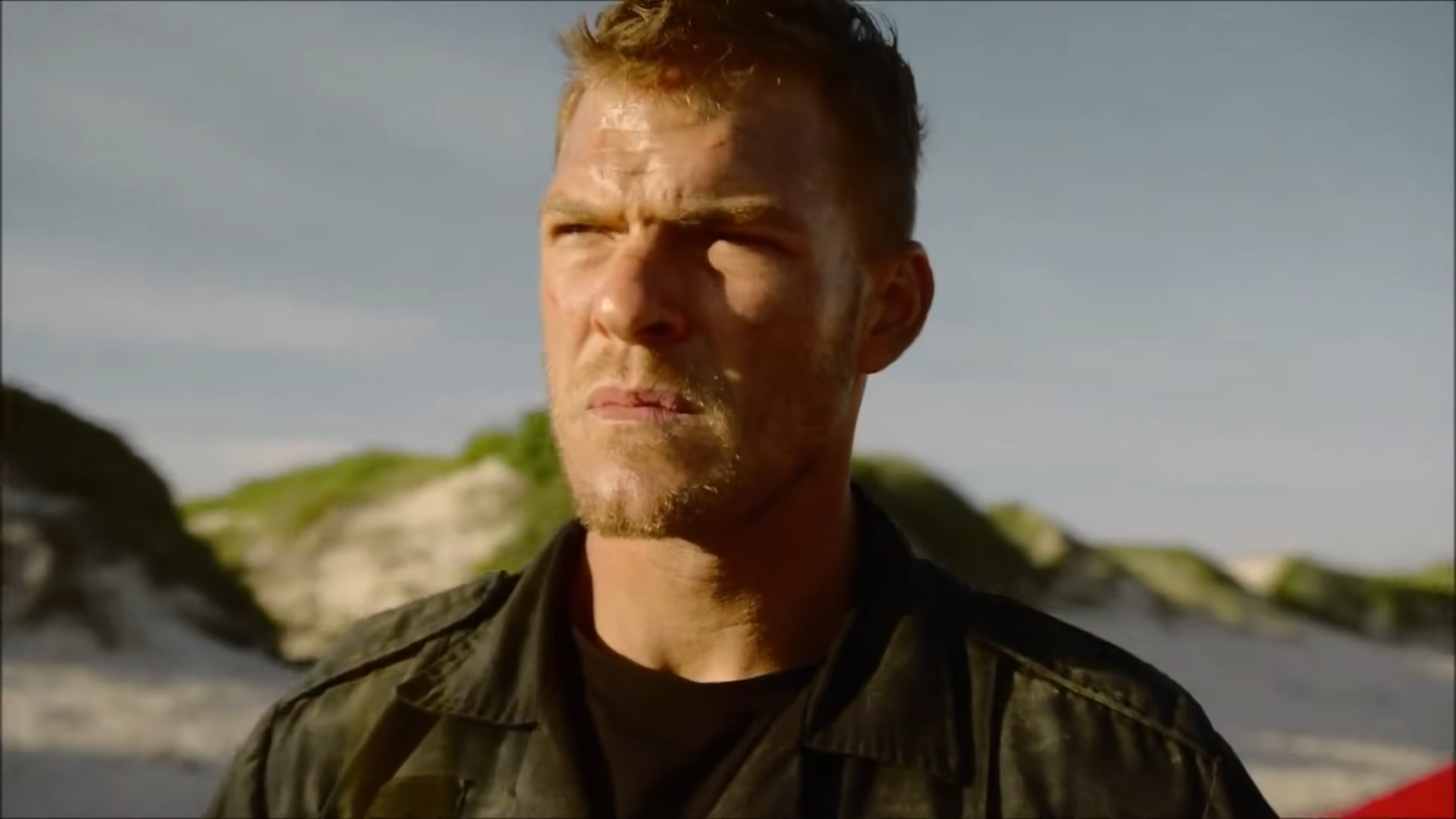 ‘Blood Drive’ is set in an alternate dystopian version of 1999. The inconsiderate usage of hydraulic powers lead to the “Great Fracking Quakes,” which splits the United States, and a giant ravine now exists along the Mississippi River called the Scar. A megacorporation, Heart Enterprises, uses the Scar to uncover discoveries at its bottom and control American politics, society, and the economy.

The audience is introduced to a bloody road race conducted across America using cars that are fueled with human blood. LA police officer Arthur Bailey is forced to partner with Grace D’Argento for this race. While ‘DMZ’ features an America divided in two due to infighting, ‘Blood Drive’ features an America that is literally split due to human greed and ambitions. The show revolves around a journey undertaken by two characters that makes them realize that the world might not exactly be what they were told!

The humans living in Scandinavia have almost died out due to a virus that was carried through rainfall across the region. ‘The Rain‘ tells the story of siblings Simone Andersen and Rasmus Andersen from Denmark, who escape to a bunker during the devastating rain. The siblings come out of the shelter after six years in search of their father, Dr. Frederik Andersen. The duo joins up with a group of young survivors to find their father and a possible cure to the destructive virus.

Fans of ‘DMZ’ will find similar themes in the Danish show given the separation between a parent and his children. Only the narrative has been flipped and we see the perspective of children looking for their lost parent. The show stretches across three seasons telling the viewers a tale of a separated family while facing a humanitarian crisis. 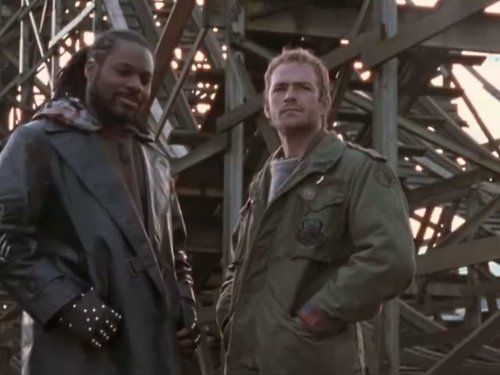 The show is set in the year 2021, 15 years after a plague that killed almost everyone over the age of thirteen, referred to as “The Big Death.” Jeremiah has been looking for a place called the Valhalla Sector across the USA, to locate his father, Devon, who had mentioned the sector as a possible refuge. He comes across Kurdy Malloy in Colorado during his travels and the two decide to accompany each other.

Their adventures lead them to partner with Thunder Mountain, which houses a well-organized group led by Markus Alexander, to find Devon. The beloved show earned a high spot on this list given its similarities to the themes presented by ‘DMZ.’ We see a torn America serving as the backdrop for a family member looking for another and finding allies during the quest. 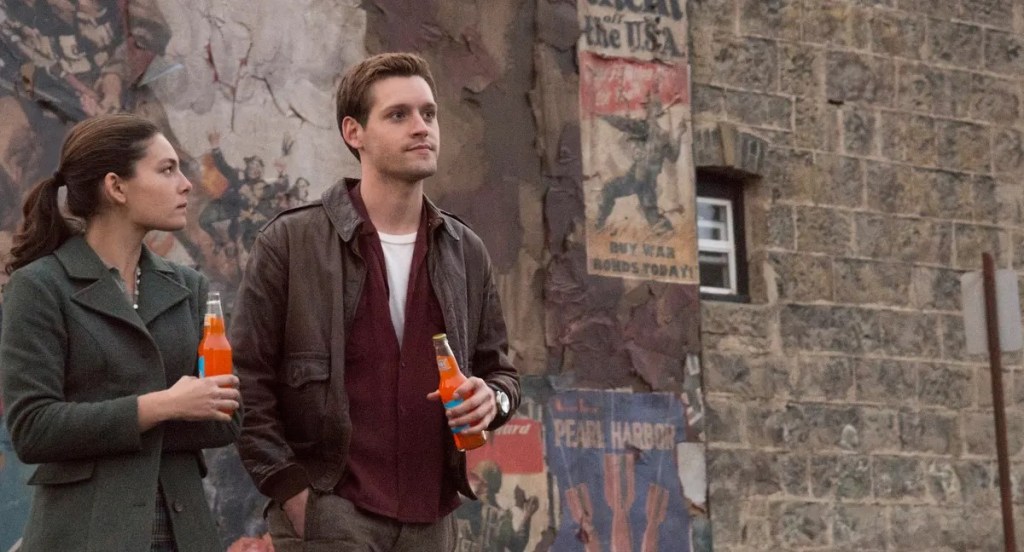 ‘The Man in the High Castle‘ explores the alternate reality, where the result of the Second World War was quite different than the reality. The Axis powers won the war and the USA was split between Germany and Japan and the regions are separated by a neutral zone that encompasses the Rocky Mountains. The show starts in the year 1962 and follows a group of young rebels who are part of the American resistance and discover movies and reels that show Germany and Japan losing the war. They embark on a search for the man, who they believe created the footage, known as “The Man in the High Castle.”

The show is quite similar to the premise of ‘DMZ’ and shows a split country born from the ashes of war and includes a neutral zone. The main characters of this show are searching for someone as well. However, their quest is motivated by their rebellious thoughts against their rulers rather than any familiar bonds.

Just like ‘DMZ,’ ‘The Handmaid’s Tale‘ shows a dystopian world set after a second American Civil War. A totalitarian government, called Gilead, has now taken over the USA in the aftermath of the civil war. The new society has an established hierarchy that gives importance to power-hunger leaders and religious extremism and oppresses women. The human fertility rates have gone down heavily due to sexually transmitted diseases and pollution and so the fertile women, referred as Handmaids, are used as slaves to have children.