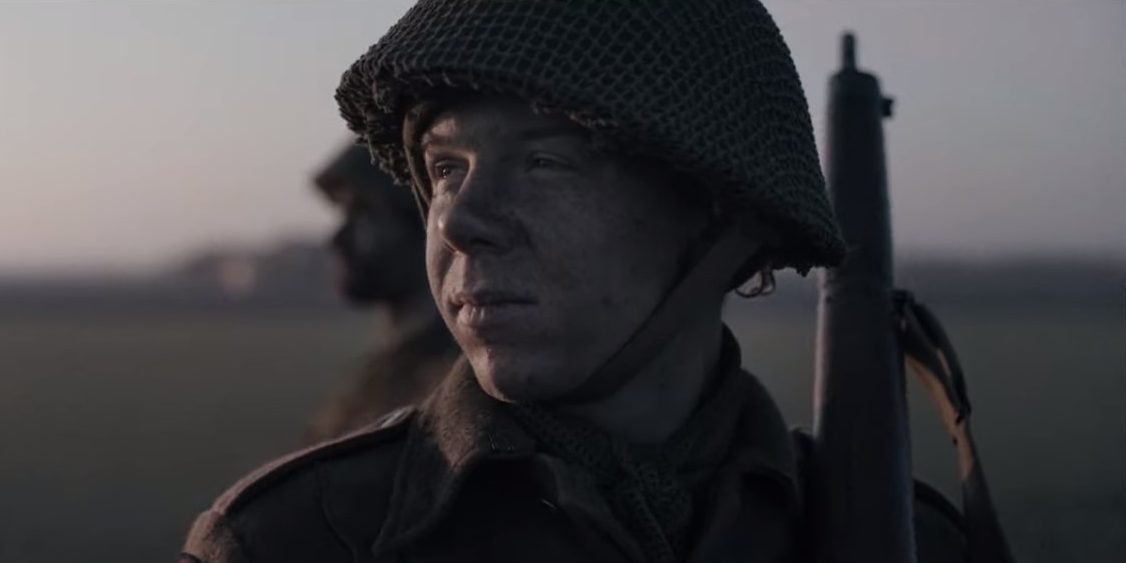 Matthijs van Heijningen Jr.’s Dutch war drama period piece ‘The Forgotten Battle’ has caused media uproar following its premiere on Netflix. Based on an original screenplay penned by a team with Paula van der Oest in the lead, the movie follows a British glider pilot, a resistance worker, and a Dutch Nazi soldier, whose paths intersect in the backdrop of the Battle of the Scheldt. If you have liked the episodic genre concoction of the movie, we have some films in mind which would be well to your liking. You may find most of these movies similar to ‘The Forgotten Battle’ on Netflix, Hulu, or Amazon Prime. 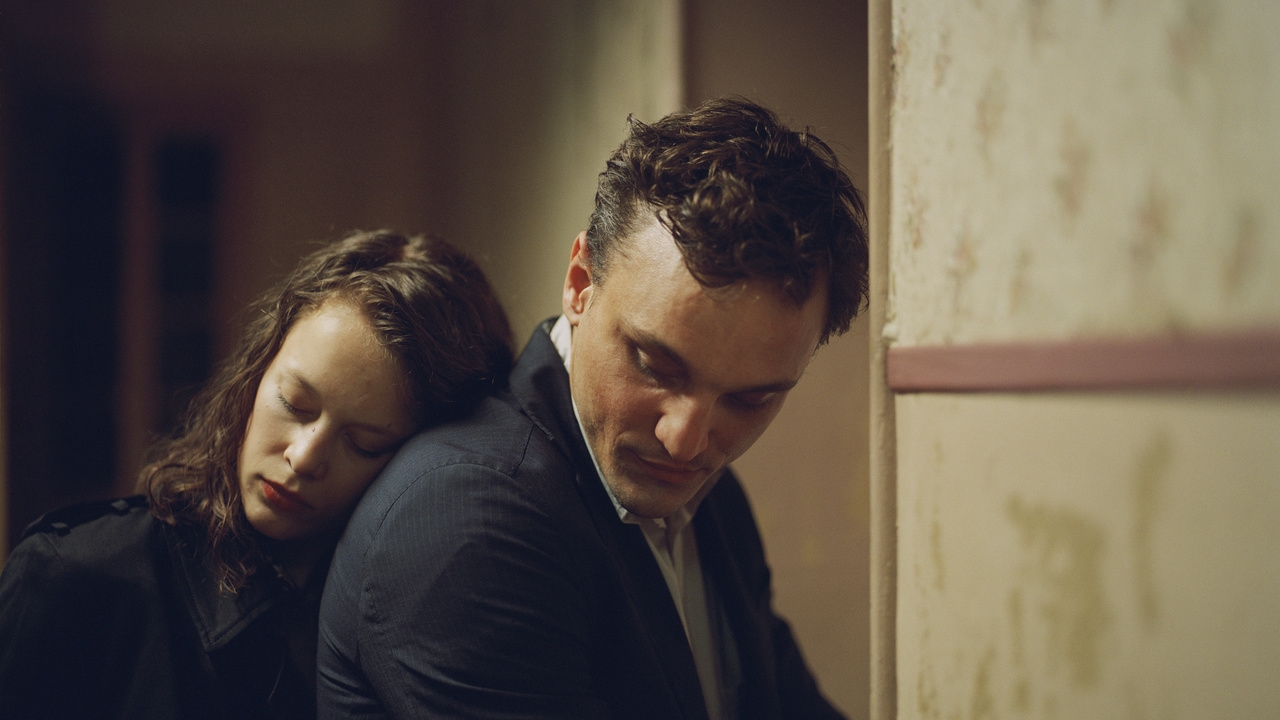 Written and directed by Christian Petzold from Anna Seghers’ 1944 novel of the same name, ‘Transit’ is a partly endearing and partly shocking drama movie set in the backdrop of an increasingly ominous present. A fascist power occupies Paris, and a German political refugee falsifies the identity of an established writer to defect to Mexico. However, the equations change when he falls for the wife of the dead writer.

With a superb script and lush cinematography, ‘Transit’ gives a palpable form to the paranoia of statelessness that conditions our day and age. If you have liked the bleak dystopian ambiance of ‘The Forgotten Battle,’ this movie will be well to your liking. 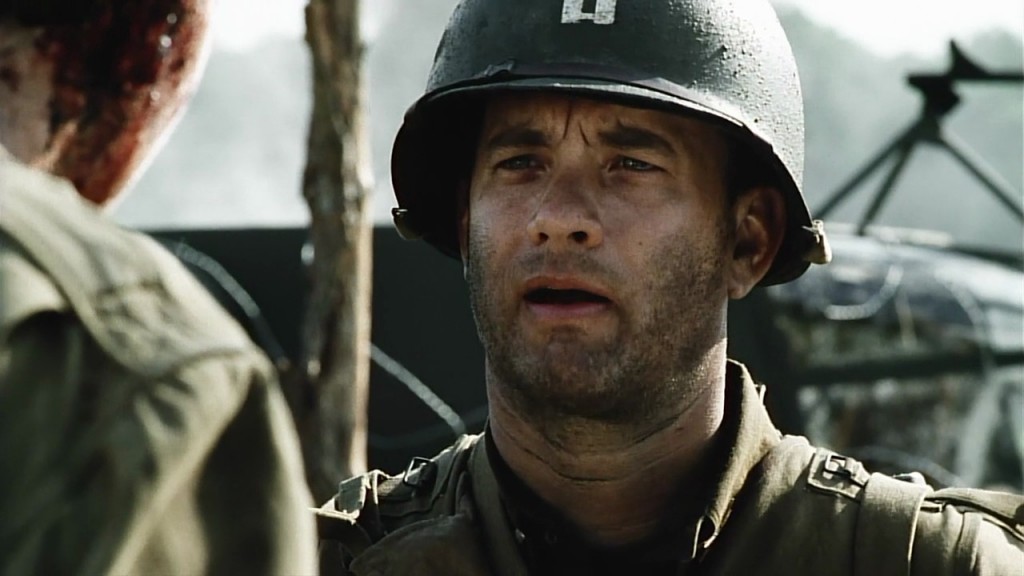 Although a prolific director adept in every genre from sci-fi to action-adventure, Steven Spielberg is still known for his war movies. The director’s emotionally fervent war drama ‘Saving Private Ryan’ is arguably one of the best from his oeuvre. In flashback, the story transports the audiences to the ground zero of the Normandy invasion. Tom Hanks stars as Captain Miller, who must look for Private James Ryan in the massacre since the war has already claimed the lives of the private’s three brothers.

If you are a war movie enthusiast, this retrospective piece would also reinstate your faith in humanity in the wasteland of dust, debris, and dead bodies. The exposition scene of ‘The Forgotten Battle’ tells us about the Normandy invasion, and if you need a closer look at the chapter in WWII, this movie is your best bet. 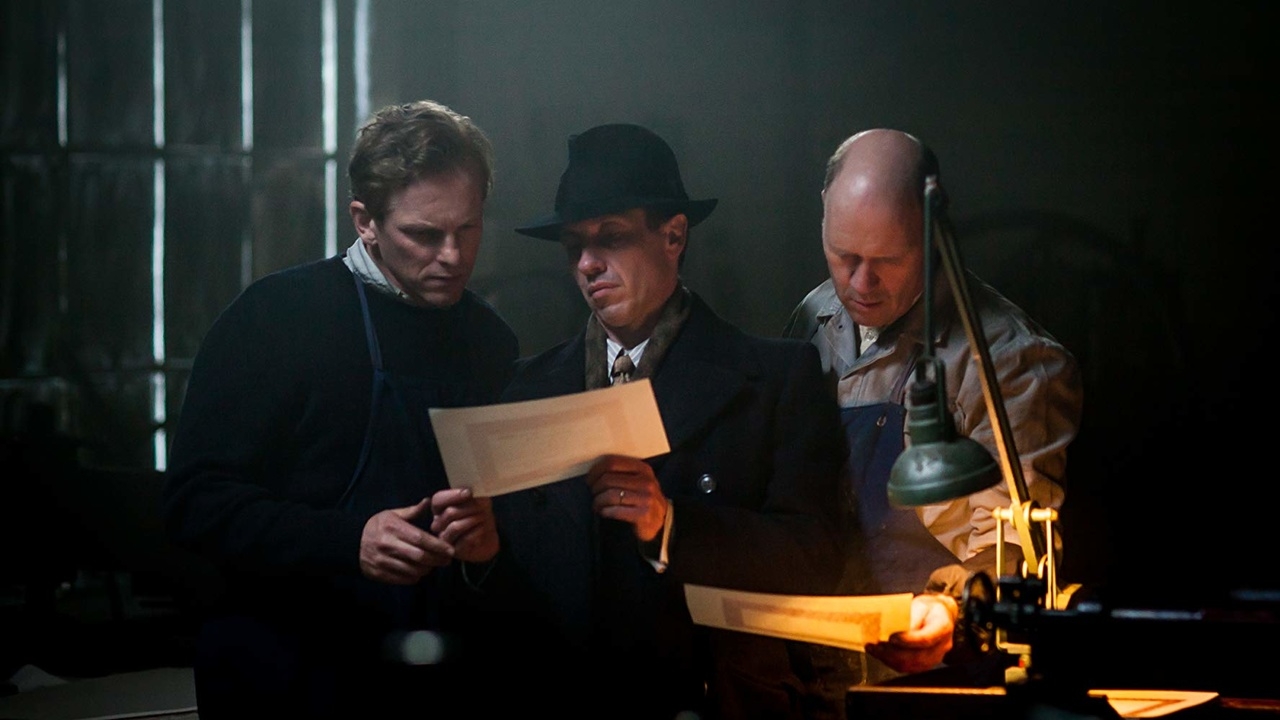 Joram Lürsen’s Dutch WWII period drama ‘The Resistance Banker’ (‘Bankier van het Verzet’) lends a timely look at the formation of the Dutch resistance during the war. Loosely based on the life of banker Walraven van Hall, the story follows the titular character who puts the comfort of his career in danger to fund the Dutch resistance. Leaping in time, the movie chronicles the damning effect of war on the Dutch front.

The most-watched Dutch movie of the year, it was also Netherlands’ entry for the Foreign Language category at the 91st Academy Awards, although the movie did not secure a final nomination due to tough competition. But that should not disappoint you since the film was still critically acclaimed and praised by global fans. If you are looking for another Dutch war movie following ‘The Forgotten Battle,’ you must return to its apparent spiritual predecessor.

With English auteur Christopher Nolan at the helm, the epic war movie ‘Dunkirk’ is a tense, ambient and holistic exploration of a dark chapter of WWII that goes down in history as the Dunkirk evacuation. Concerned as much with the maladies of war as the sheer spectacle of it, the movie follows a British private separated from his troop, a group of deserters, and a company of bombers, whose stories collide in the turbulent shores of Dunkirk.

Acted by Tom Hardy, Cillian Murphy, Kenneth Branagh, and Harry Styles in the central roles and guided by a nerve-racking score by Hans Zimmer, the movie captures war as a total experience. There is rarely any escape. If you have liked the episodic storytelling of ‘The Forgotten Battle,’ you should add this modern classic to your bucket list. 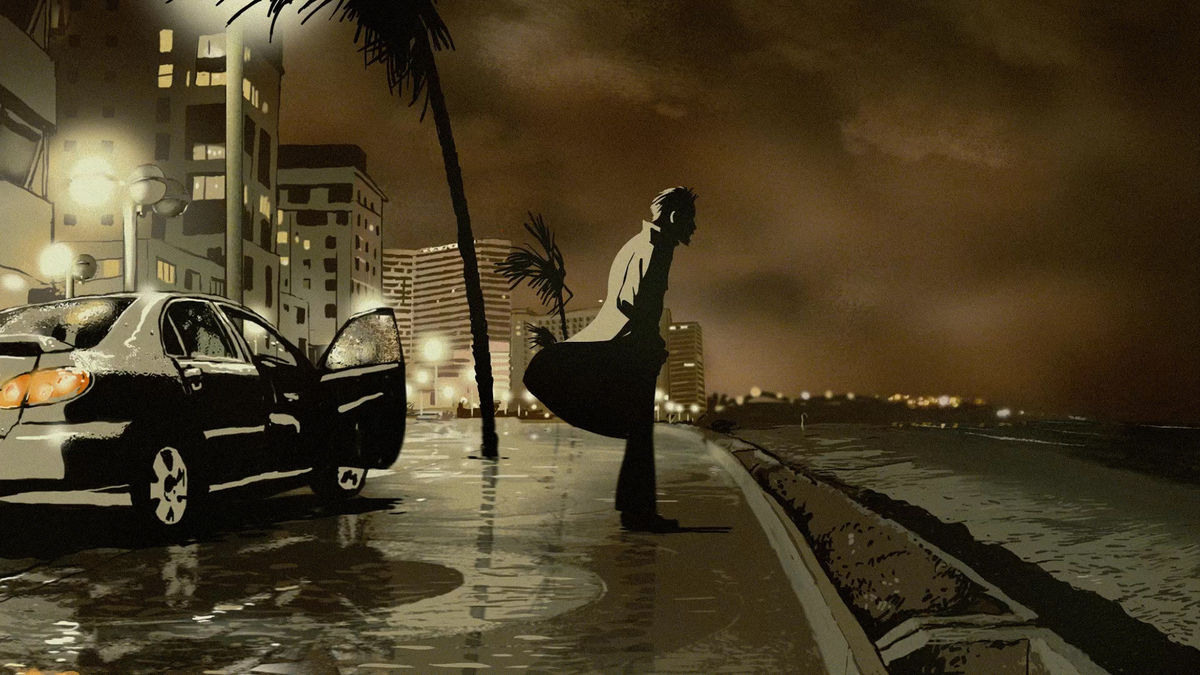 Israeli filmmaker Ari Folman distances himself from the memories of war in one-of-a-kind stream-of-consciousness animated war documentary movie ‘Waltz with Bashir.’ Ari Folman stars as an animated version of himself, who is tormented with discordant dreams and visions from the 1982 Lebanon War, where he served as an infantry soldier.

The film entails his reconstruction of memory and history through others’ accounts. The gloomy animation, made cerebral with a brooding score from Max Richter, prepares the audiences for a shocking finale. A treatise on war as well as a study on memory, this is a movie you have to devour if you have been intrigued by the psychological aspects of ‘The Forgotten Battle.’

Francis Ford Coppola’s epic psychological war drama ‘Apocalypse Now’ has attained something of a cult status in film history. Borrowing loosely from Joseph Conrad’s novella ‘Heart of Darkness,’ the episodic story unfolds in the backdrop of the Vietnam War. It follows Captain Benjamin Willard, who must scuffle through the maze of a dense and dangerous jungle to locate Colonel Walter E. Kurtz, who has gone AWOL and established a cultic institution with the aboriginals.

As the story moves forward, the reality of war begins morphing into a bizarre dystopia. Martin Sheen, Robert Duvall, and Marlon Brando take the helm of the acting department, and a score topped with The Doors is enough to run shivers down your spine. This movie will leave you in tatters if you have found ‘The Forgotten Battle’ to be erratic and abrupt. 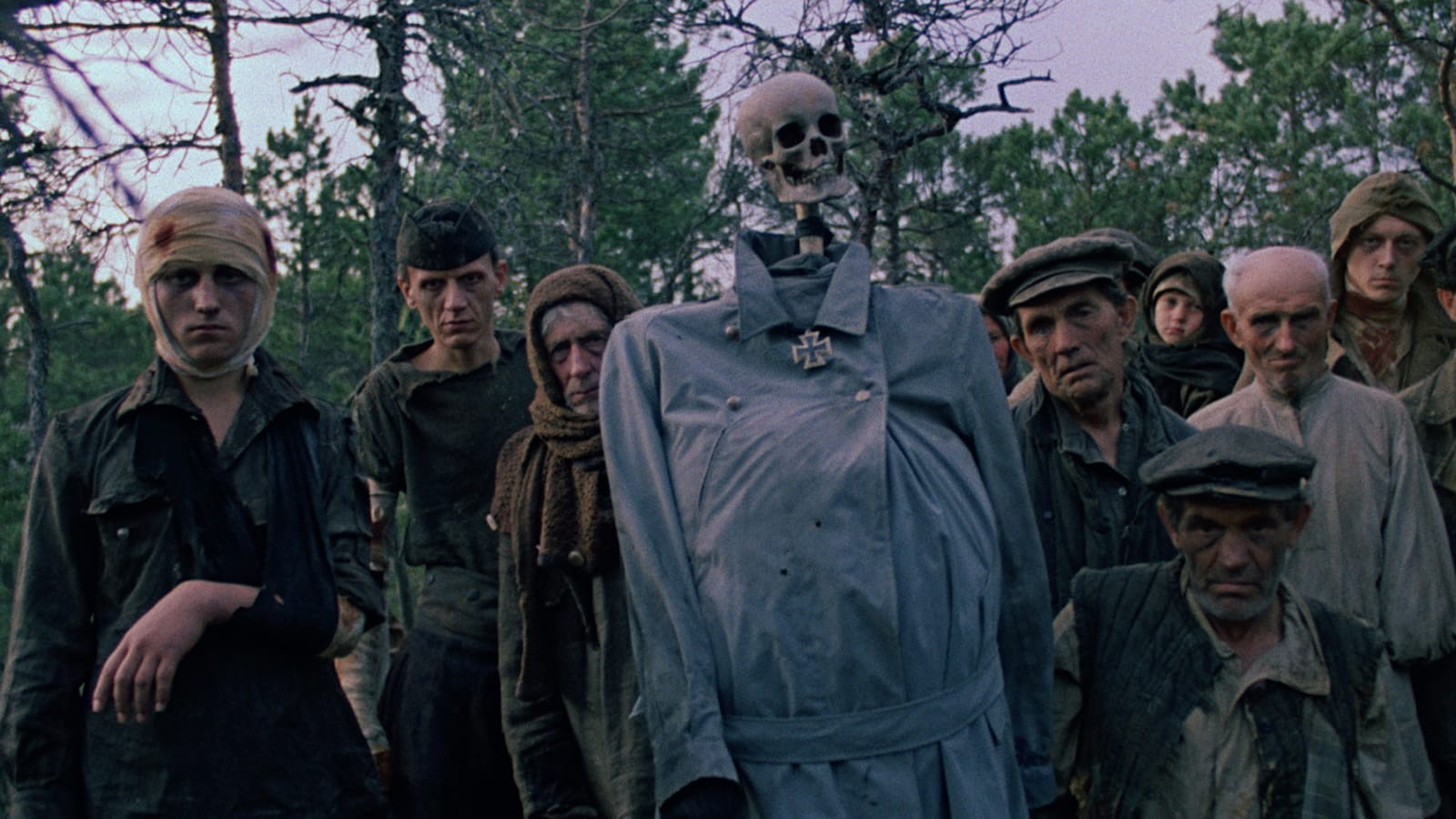 There is something about the war being explored through the eyes of a child protagonist that breaks the audience to the core. Russian auteur Elem Klimov writes a cathartic ode to the lives lost in the war in the impressionistic anti-war movie ‘Come and See’ (‘Idi i smotri’). The Germans are knocking at the doors, and a young boy leaves his family to be part of the Russian resistance. His traumatic journey numbs the audience to the core, and his bottled-up emotions erupt in a spine-chilling spectacle.

This is a war movie made with the sole intention to disturb you, and it is bound to ruin your good night’s sleep. If you are willing to make the compromise, you may behold one of the greatest spectacles of war ever created on screen. ‘The Forgotten Battle’ chronicles a little-known chapter in the history of WWII, and if you seek another such forgotten piece of history, this film will be right up your alley.