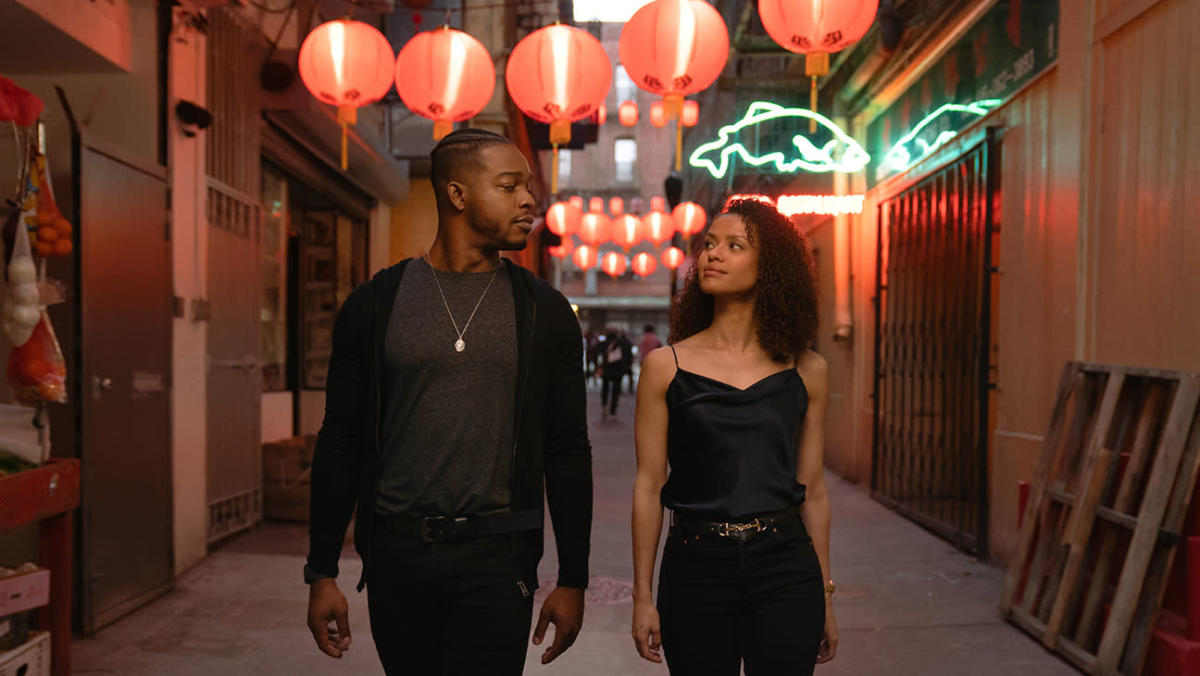 Created by Veronica West for Apple TV+, ‘Surface’ is a psychological thriller series that centers upon Sophie Ellis (Gugu Mbatha-Raw), who, by all indications, has a perfect life. She appears to have a loving husband and great friends and is part of the upper tier of society in San Francisco. However, whenever Sophie visits her therapist, the latter asks if her life were so perfect, why she tried to end it.

We then learn that a few months earlier, Sophie presumably jumped from a ship’s deck near its propeller but was saved by the Coast Guards. Beyond the physical injuries, she developed severe amnesia after the incident. As Sophie struggles to find her way back to normalcy, she realizes not everyone around her is telling the truth. If you have watched ‘Surface’ and loved it, here is a list of recommendations that might fit your taste. You can watch most of these shows similar to ‘Surface’ on Netflix, Hulu, or Amazon Prime.

Based on the namesake KTOON webtoon by Seo Soo-kyung or Man Chwi, ‘The Girl Who Sees Smells’ revolves around a protagonist who has amnesia like Sophie. After discovering that the Barcode serial killer has murdered her parents, Choi Eun-seol tries to escape but is hit by a car. She subsequently spends six months in a coma.

When Choi Eun-seol wakes up, she discovers that she has developed the ability to see smell, though she now has amnesia. Meanwhile, Choi Moo-gak’s sister, whose name was also Choi Eun-seol, was murdered as well. After the horrific incident, he lost his sense of smell and decided to join the police force to find the killer. Inevitably, the two main characters cross paths, and they agree to work together. 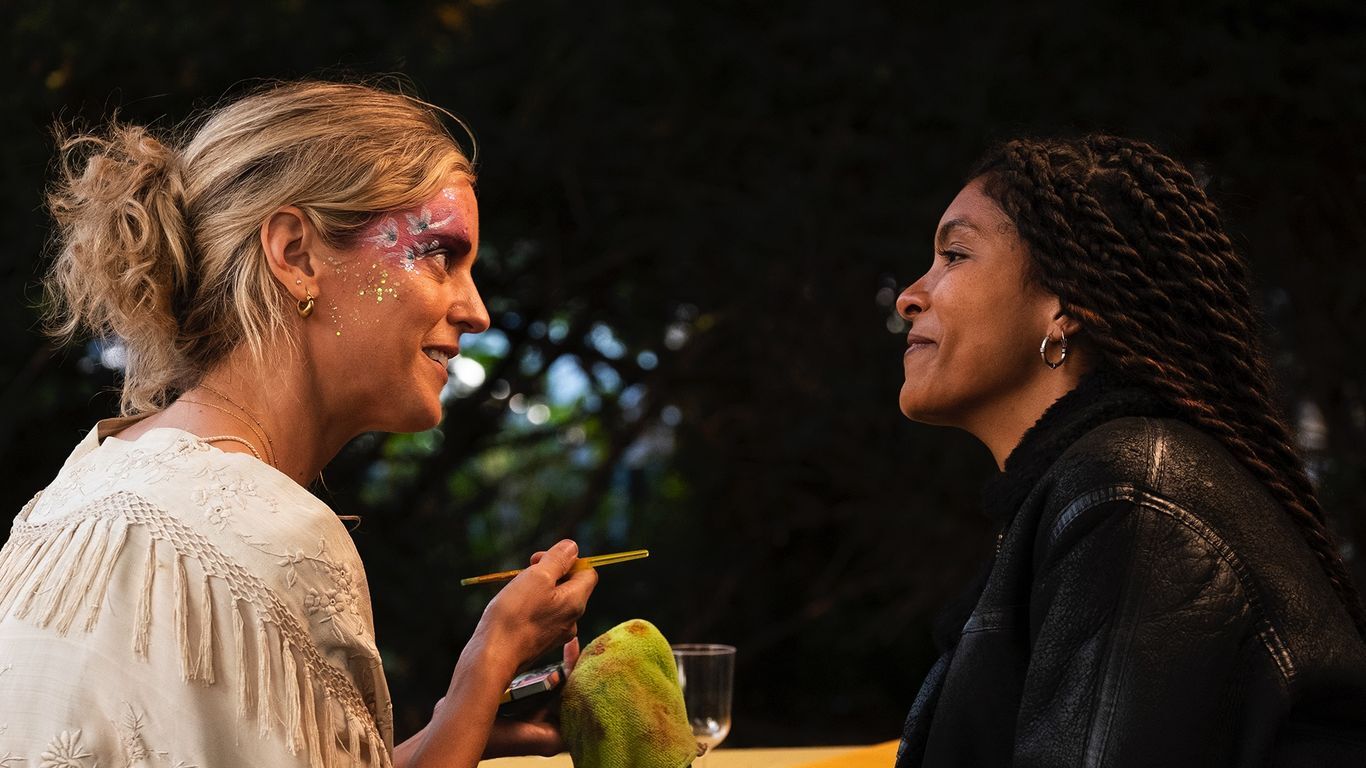 ‘Too Close‘ is based on Clara Salaman’s 2018 novel, which she wrote under the pen name “Natalie Daniels.” It revolves around the relationship between forensic psychiatrist Dr. Emma Robertson (Emily Watson) and her newest patient, Connie Mortensen (Denise Gough). The latter faces charges of attempting to kill herself and two children, including her own daughter.

Robertson has been brought in to discern whether Connie is fit to stand trial. The more time Robertson spends with Connie, the more she realizes the similarities between herself and the other woman. Like Sophie in ‘Surface,’ Connie tries to come to terms with her past in ‘Too Close.

Also starring Gugu Mbatha-Raw, ‘The Girl Before‘ tells the story of a minimalist house, where the show’s two protagonists, Jane Cavendish (Mbatha-Raw) and Emma Matthews (Jessica Plummer), live three years apart from each other. The narrative of the series jumps back and forth between the two timelines, depicting what happened to Emma and its ramification on Jane. Besides sharing their main star, ‘Surface’ and ‘The Girl Before’ are also tonally and thematically similar as both shows offer a commentary on modern relationships.

Like Sophie, Special Agent Emily Byrne in Amazon Prime Video’s ‘Absentia‘ has severe amnesia. Six years ago, Emily disappeared while helming the investigation of a brutal serial killer in Boston. She is presumed dead, and her loved ones have moved on with their lives. However, serial killer Conrad Harlow calls Emily’s husband Nick and reveals that she is still alive. Emily is found, and it soon becomes apparent that she has no memory of what happened in the past six years. Both Sophie and Emily try to find themselves in their respective world, which seems increasingly alien to them.

Perhaps because of Kaley Cuoco’s casting as the protagonist or the show’s cheery tone, it takes time for the audience to realize how deceptively dark ‘The Flight Attendant‘ is. It revolves around Cassie Bowden, who wakes up in a Bangkok hotel one day to find that she is lying beside the dead body of a passenger she met the previous day. Cassie is an alcoholic and seems to have no memory of how and why she ended up beside a dead body. Like Sophie, the flight attendant begins working with a blank slate to figure out what really happened.

‘Clickbait‘ revolves around family man Nick Brewer, who is kidnapped, beaten, and forced to hold up a sign in a video saying if the said video receives 5 million views, he will be killed. Learning about the video, Nick’s sister Pia and wife Sophie go to the police. Meanwhile, the video goes viral, causing a media frenzy. Like ‘Surface,’ ‘Clickbait’ is an introspection of the modern world, and each episode ends with a cliffhanger, constantly expanding the central mystery.

In ‘Surface,’ the relationship between Sophie and her husband, James, is at the epicenter of the narrative. Similarly, the relationship between Grace (Nicole Kidman) and Jonathan Fraser (Hugh Grant) is the main driver of the story in ‘The Undoing.’ In the latter, the pair’s seemingly perfect world comes crashing down when Jonathan is accused of killing the woman he was having an affair with. Like Sophie and James, Grace and Jonathan are part of the upper tier of society, though they are based in Manhattan and not San Francisco.