8 Animated Movies Like Puss in Boots You Must See

Directed by Chris Miller, the adventure comedy movie ‘Puss In Boots’ is adapted from Tatsuhiko Shibusawa’s eponymous tale. The 2011 movie follows the adventures of Puss with his friends Kitty Softpaws and Humpty Dumpty. They set out to defeat criminals Jack and Jill, who have the magic beans in their possession. The rag-tag team fights the evil criminals with everything they have.

The animated movie is a fun watch for kids and everyone in the family. Puss is a brave and smart cat, who protects the village from evil. The movie is adventurous and takes the viewers on a wild ride of crime, justice, action, and massive entertainment. If you want to watch animated movies that revolve around the protagonist’s adventures and exciting incidents, then the following suggestions are perfect for you. You can watch most of these movies similar to ‘Puss In Boots’ on Netflix, Hulu, or Amazon Prime. 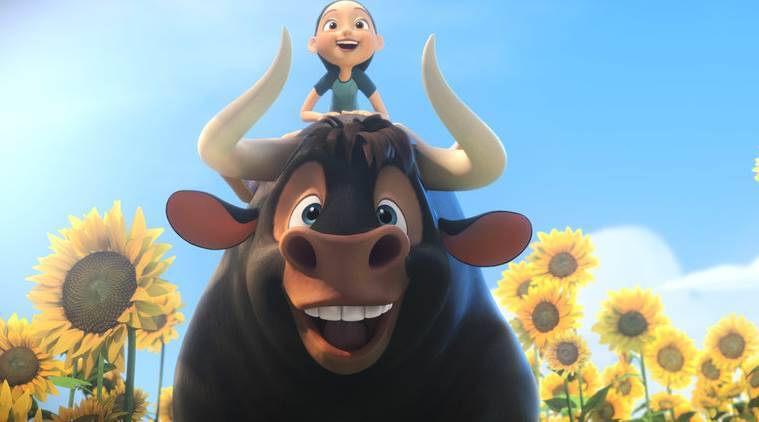 A kind and sweet bull named Ferdinand runs away from the place where bullfights take place, Casa del Toro. He does so after his father fails to come back after a fight. Directed by Carlos Saldanha, the movie follows Ferdinand’s adventures as he escapes, but is later forced back to the place. His sweet and gentle nature stands out against other enraged and always furious bulls. Additionally, the movie ‘Ferdinand’ is adapted from the 1936 book ‘The Story of Ferdinand’ written by Munro Leaf. The characteristics of both Puss and Ferdinand are different from their species’ manners. Moreover, they present a flip view of the way their respective kind is perceived. 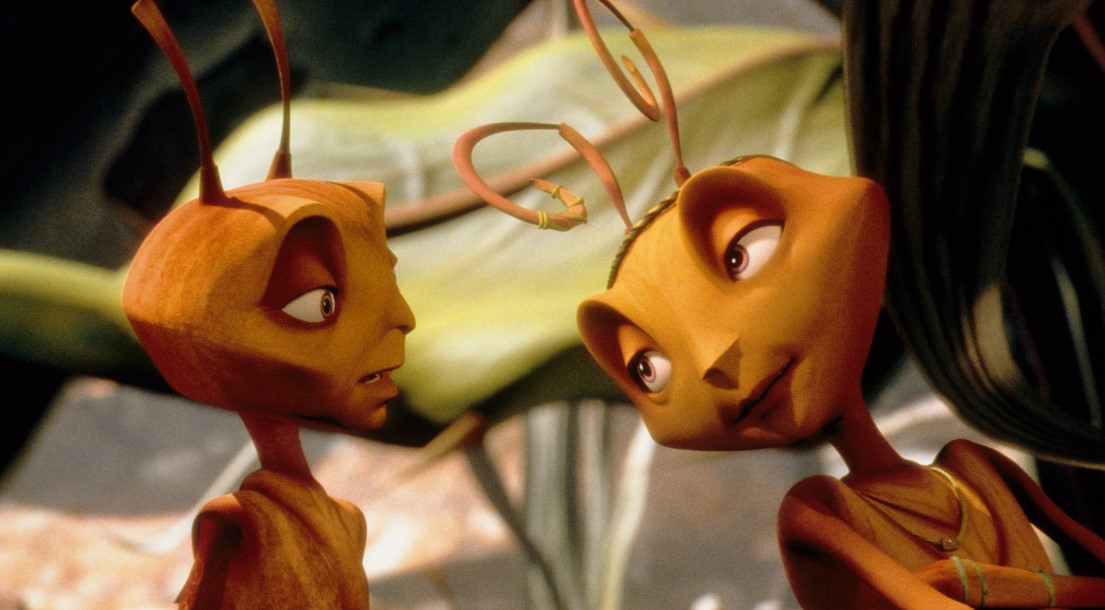 Prominent actors like Woody Allen, Sylvester Stallone, and Jennifer Lopez have lent their voices to the characters of ‘Antz.’ Z feels insignificant in his anthill. He meets Bala soon after who shares his sentiments over her lack of social skills. They cross paths again, unaware that fate has big intentions for each of them. Z resolves to break out of the toxic environment and make something of himself.

The adventure comedy movie is directed by Eric Darnell and Tim Johnson. However, being a 1998 movie, the animation and CGI of the movie may not be the best, but the climactic message it delivers is very powerful. Z and Puss share the bravery it requires to stand against evil and unjust people. Consequently, both of them work toward justice and doing what’s right.

Directed by Gore Verbinski, the animated movie ‘Rango’ presents the life of a chameleon in misery. Rango, a pet chameleon with heroic aspirations, arrives in a bandit-infested village in the midst of a drought. He makes an effort to defend it and declares himself to be the savior. Johnny Depp and Isla Fisher voice the central characters in the movie ‘Rango.’ The need to be a hero and save others is a characteristic shared by both Rango and Puss. Also, both movies ‘Rango’ and ‘Puss in Boots’ are essentially centered on a misfit character. 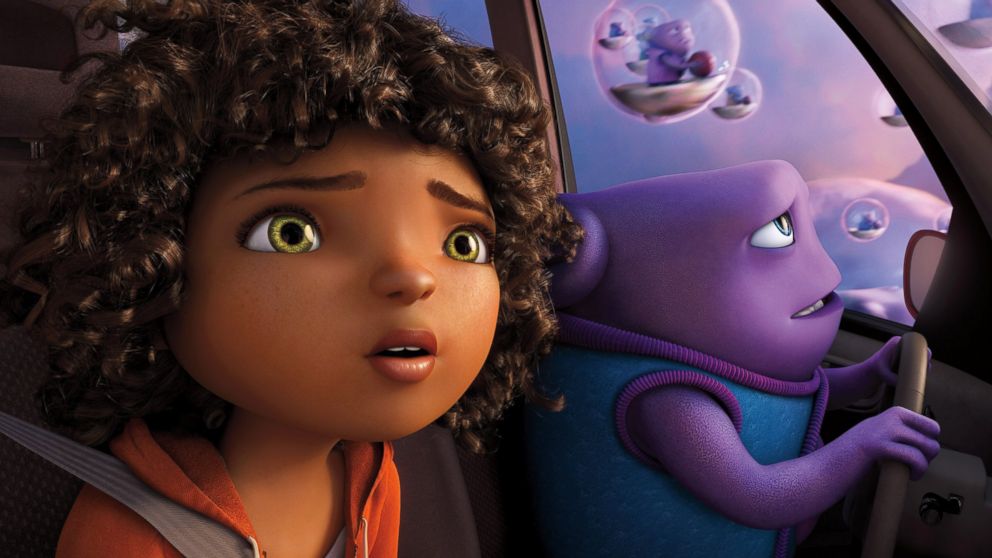 Oh, a wayward alien on the loose from his own species, seeks refuge on Earth and meets Tip, a courageous young girl who is on a mission to locate her mother, who has been separated from her family. With the voices of Jim Parsons and Rihanna, the movie aptly brings life to the animated characters. ‘The True Meaning of Smekday’ is the basis of the movie.

Written by Adam Rex, the 2015 family comedy movie ‘Home’ is directed by Tim Johnson. Furthermore, the use of vibrant colors and unique creativity in the movie makes it an interesting watch. Like Puss, Oh also knows the importance of home. They do everything to reach their homeland and keep it safe. 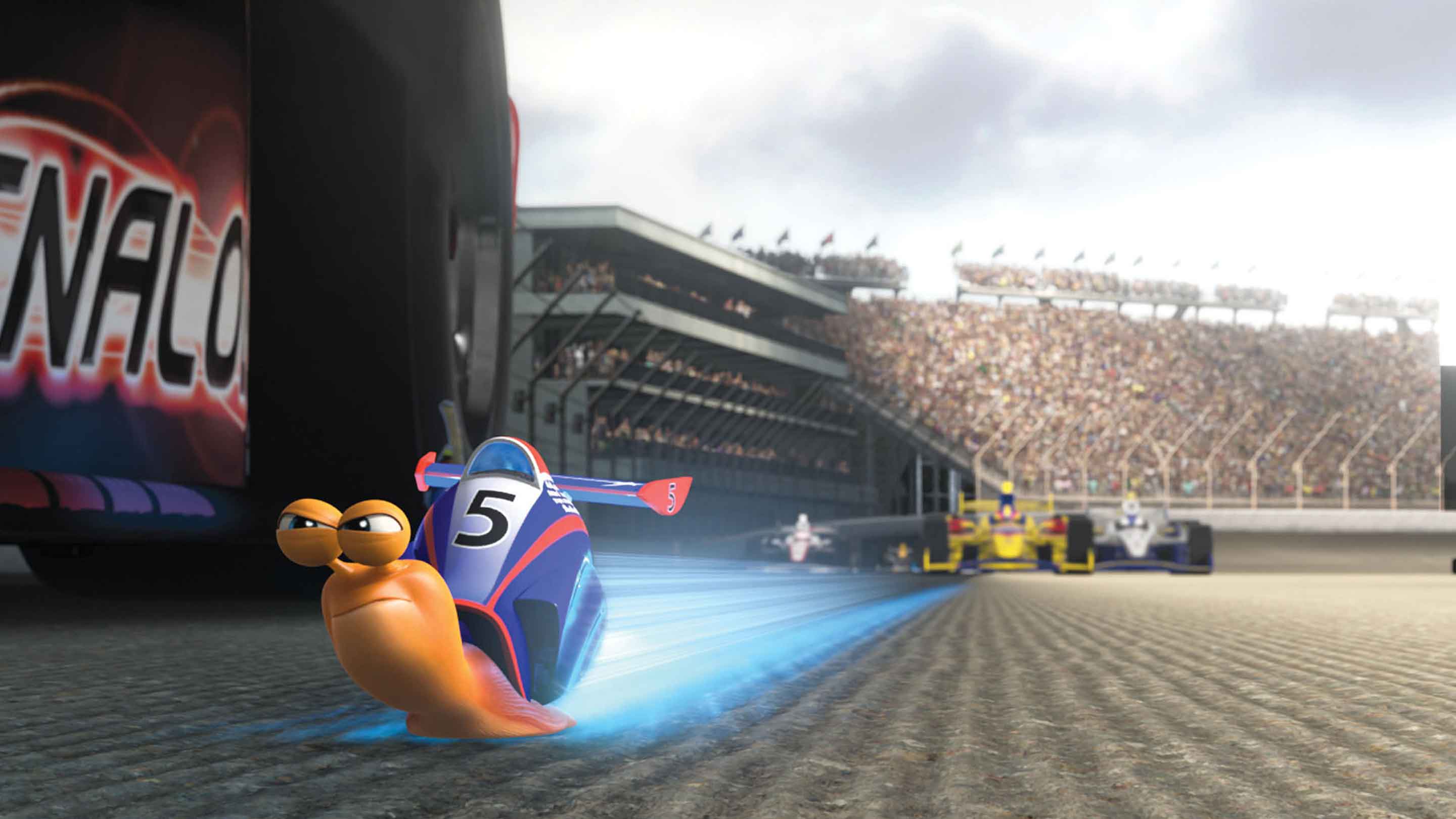 Turbo is a snail who leaves his community to discover the world. After being given the strength of speed through a rare accident, Turbo discovers that he is incredibly gifted. He makes the decision to enter the Indianapolis 500, the fastest race in the world. This adventure comedy movie is directed by David Soren. ‘Turbo’ perfectly highlights the theme that no dream is impossible.

Despite being one of the slowest animals out there, life gives Turbo a chance to reclaim his destiny and fulfill his dreams. Additionally, the courage and determination in both Puss and Turbo are alike in many aspects. Both of them are strong and face their fears without a hitch. 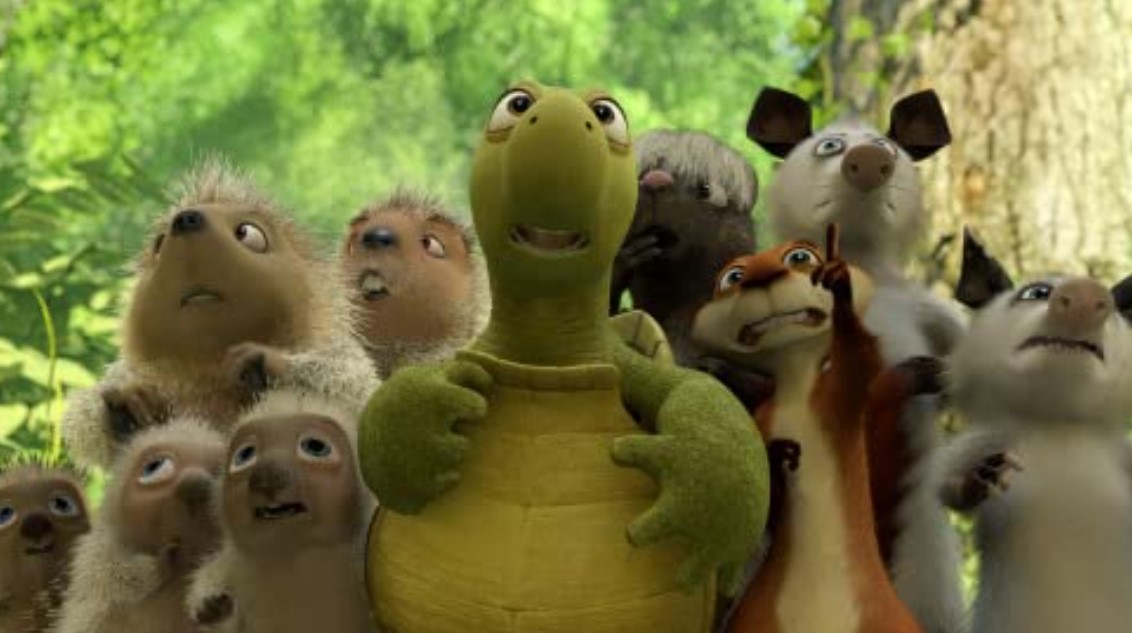 Co-directed by Tim Johnson and Karey Kirkpatrick, ‘Over The Hedge’ is a heartwarming and entertaining movie. A group of woodland animals encounters RJ, a cunning raccoon, who tricks them into bringing him food from the suburbs when they notice that housing construction is infringing on their forest territory. The cunning raccoon connives the mismatched family of animals while also learning a lesson about family.

Bruce Willis lends his voice to the protagonist RJ. Consequently, the protagonists of both movies ‘Puss In Boots’ and ‘Over The Hedge’ possess abilities to deceive and trick their counterparts very easily. Moreover, they stand out from other characters in animated movies, who are usually very gullible and kind.

To stop Dr. Octavius Brine’s attempt to wipe off the penguin population of the globe, a group of brave penguins comes together in defense. Skipper, Kowalski, Rico, and Private form an alliance with the covert crime-fighting group The North Wind to retaliate against Brine. Directed by Eric Darnell and Simon J. Smith, the family adventure movie is a spin-off to the penguins in the ‘Madagascar’ franchise. Consequently, just like Puss teams up with Kitty and Humpty Dumpty, these penguins unite against injustice. Both teams are brave and courageous in the face of malicious criminals.

The heartwarming tale of a dinosaur is narrated in this family adventure movie ‘The Good Dinosaur.’ Arlo gets lost after a storm as he drifts away from his family. The Apatosaurus meets an untamed kid, Spot, and friendship blossoms between the unlikely duo. Spot helps Arlo return to his family and have an adventure along the way. Furthermore, the movie is set in a time when the giant, majestic dinosaurs never went extinct. Directed by Peter Sohn, the strange friendship between the kid and the dinosaur is similar to the friendship of convenience between Puss, Humpty Dumpty, and Kitty Softpaws.