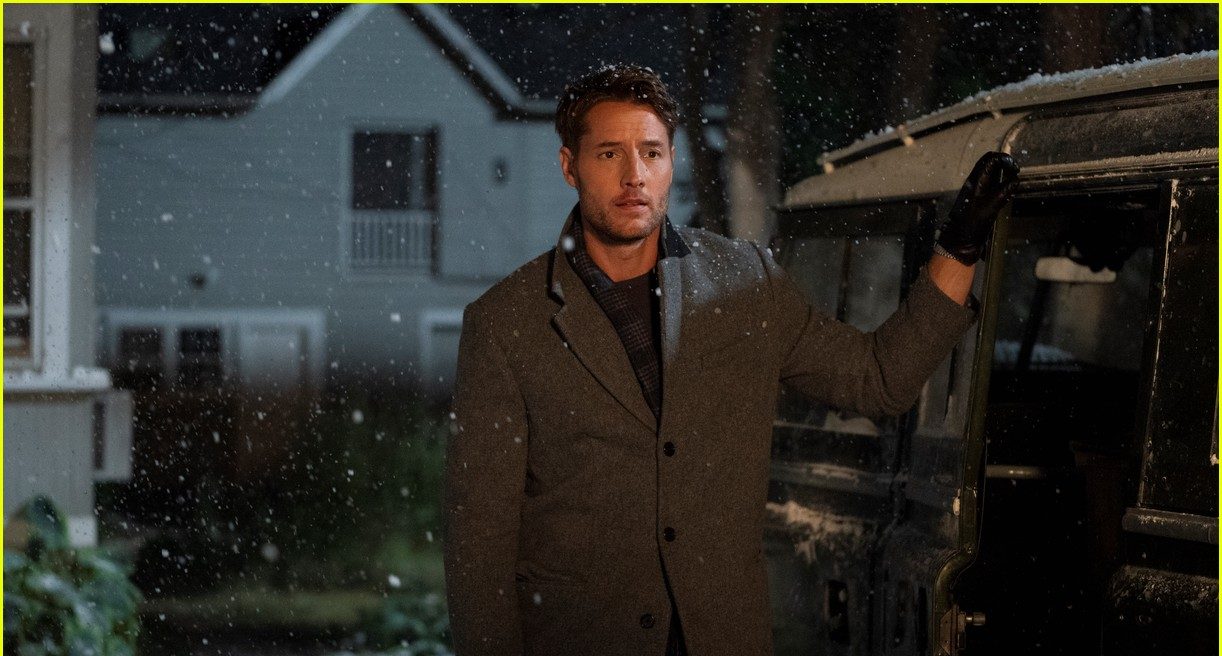 Charles Shyer’s romantic comedy ‘The Noel Diary’ follows the story of a famous author who learns about his mother’s death. He returns home around Christmas to settle her estate after her lawyer reaches out to him. In the stuff that she leaves behind, Jacob finds surprising secrets and truths about the past in a diary. In this journey to discover more, he is joined by Rachel, who is looking for her mother and some answers for herself.

With Justin Hartley and Barrett Doss in lead roles, the Netflix movie sheds light on facets like grief, uncovering secrets that can change the course of life, and the art of journalling, which is known to be a healing process for a lot of people. If you want to watch more movies that feature a diary or written word that help the protagonist learn life-altering secrets, we’ve curated a list for you! You can watch most of these movies similar to ‘The Noel Diary’ on Netflix, Hulu, or Amazon Prime.

In this heartwarming romantic comedy, Sophie finds a love letter written by Claire Smith that goes unanswered. She decides to take action and reunite the two lovers. Directed by Gary Winick, the movie is adapted from Lise Friedman and Ceil Friedman’s 2006 non-fiction book ‘Letters to Juliet,’ which in turn chronicles Shakespeare’s writing style. It reveals the strive to rediscover long-lost love and get in touch with a part one thought was lost forever. This is very similar to ‘The Noel Diary,’ where Jacob and Rachel go on a journey to discover the truth behind the diary they find.

Another moving love story, ‘Dear John’ explores the romance of John Tyree and Savannah Curtis. When John joins the army following the 9/11 attack, they keep in touch through letters as the universe puts their love to the test. It is based on the 2006 eponymous novel by Nicholas Sparks. The chemistry between the lead actors, Channing Tatum and Amanda Seyfried, has received acclaim and brings the story to life. Like ‘The Noel Diary,’ this movie also makes use of the written word to express heartfelt emotions between the characters.

The 2001 romantic comedy is based on Helen Fielding’s 1996 novel of the same name, which itself is a retelling of Jane Austen’s 1813 book, ‘Pride and Prejudice.’ Renée Zellweger plays Bridget Jones, a 32-year-old British single woman who keeps a journal about the things she wishes would happen in her life. Her world is turned upside down when two men, Mark Darcy (Colin Firth) and Daniel Cleaver (Hugh Grant), compete for her devotion.

Directed by Sharon Maguire, the movie deals with the repercussions of the written word, as anyone can find the diary and read what is meant to be one’s deepest desires. It gives the reader a peek into the life of the titular character just as Rachel and Jacob discover the events of the past from Noel’s diary. 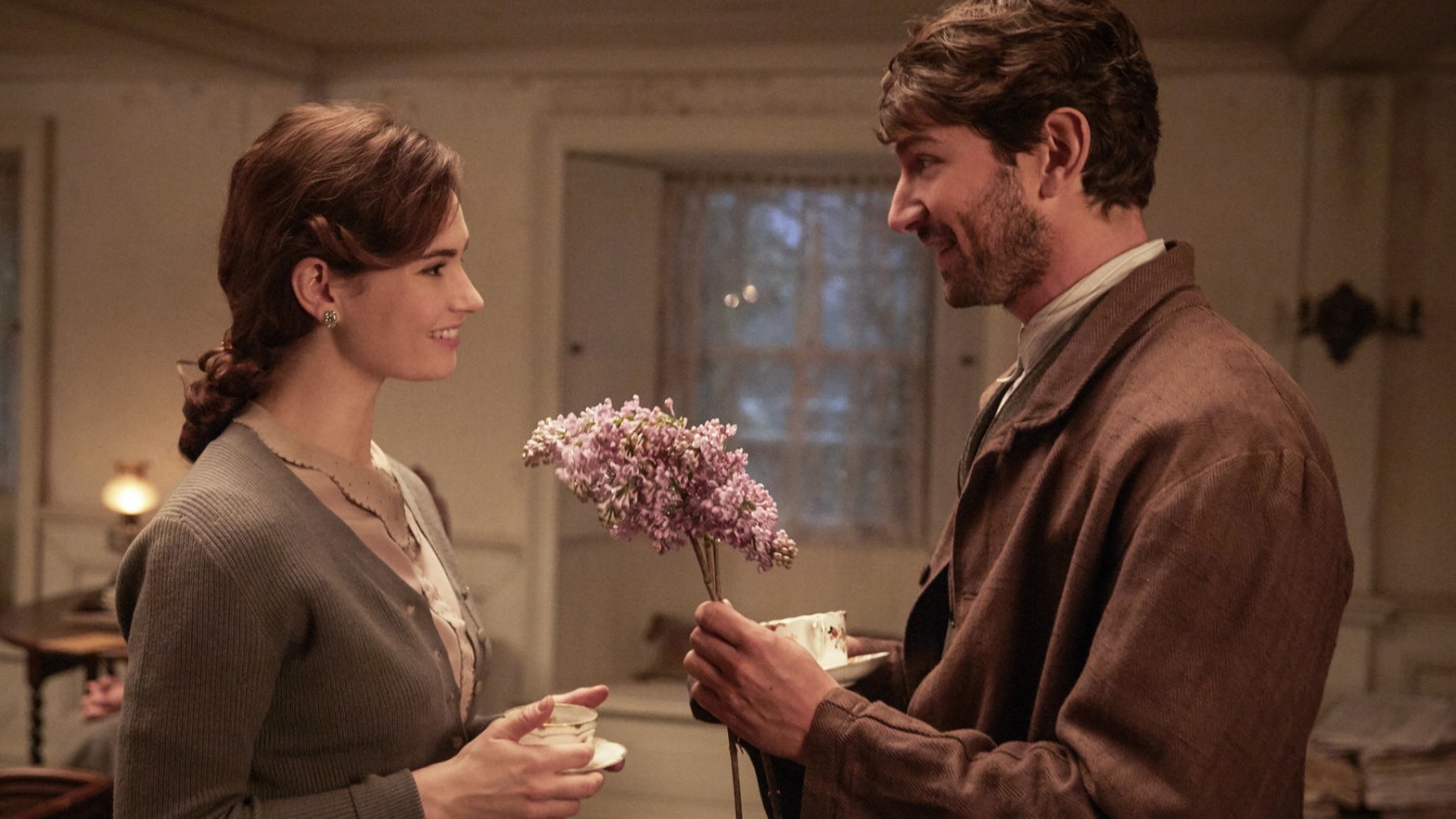 Mike Newell’s historic romantic movie is based on a novel by Mary Ann Shaffer and Annie Barrows. It revolves around the members of the book club, which begins as a fake escape but goes on to be a real club with literary enthusiasts. In the 2018 movie, a young author named Juliet Ashton goes to the island, where the members meet regularly and strike up a conversation to write about their adventures.

Lily James and Michiel Huisman star in the movie and give powerful performances. The film is set in 1941 and thus also deals with the situational wars and aftermath of the same. The members communicate via letters, and the written word forms the basis of a majority of the movie, similar to Noel’s diary in the Justin Hartley starrer. 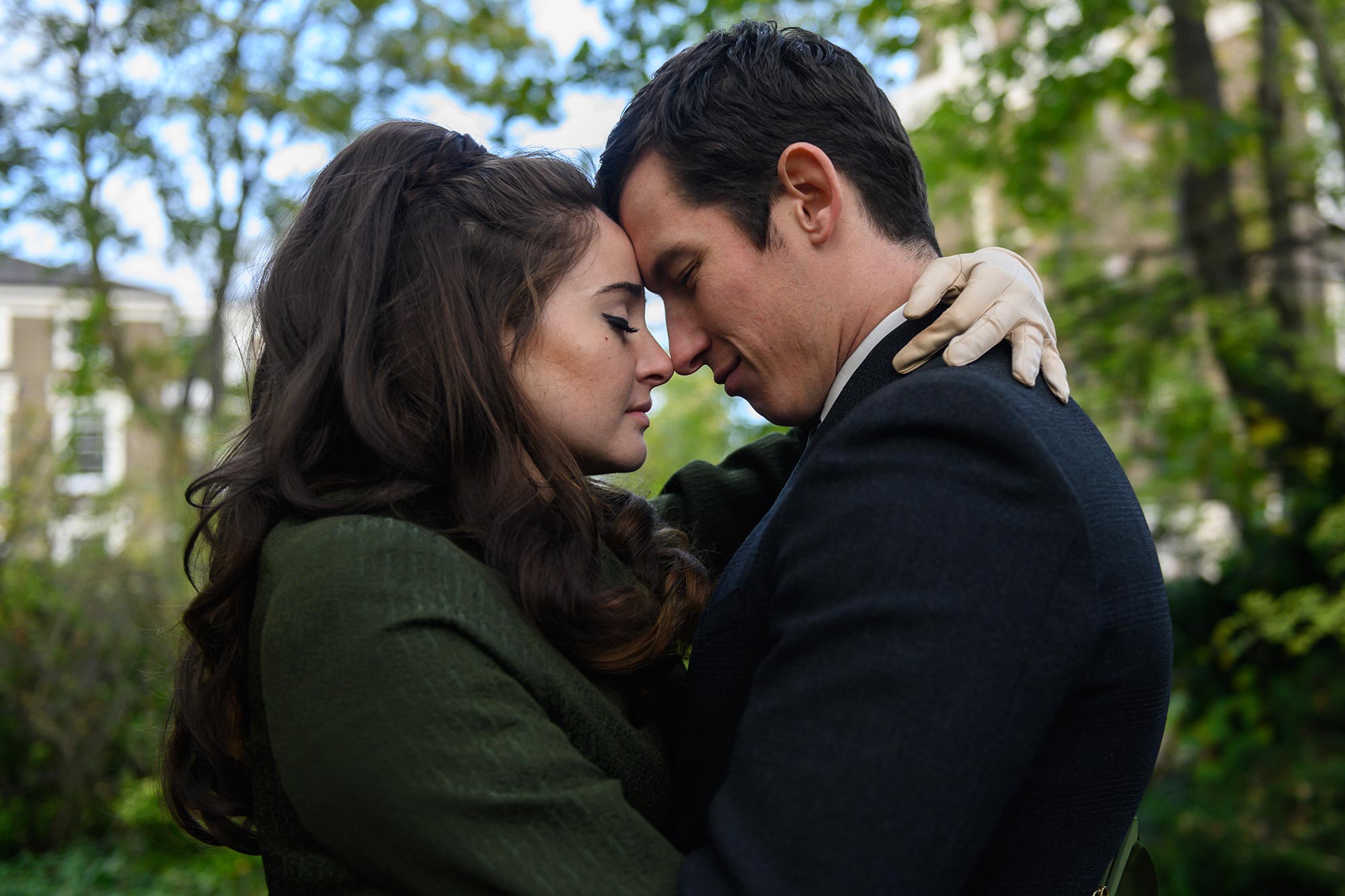 The British romcom is helmed by Augustine Frizzell and based on Jojo Moyes’ 2012 novel of the same name. The movie recounts the story in two different timelines — after discovering a set of letters from 1965, a contemporary journalist, Ellie Haworth, aspires to get to the bottom of their origin and learn the truth behind them. Similar to Rachel’s expedition to find the truth, Ellie goes on to find out what happened to the authors of the letters. Despite life being transient and ever-changing, we learn how to rely on diaries and letters that stand the test of time and can give us a glimpse into the past. 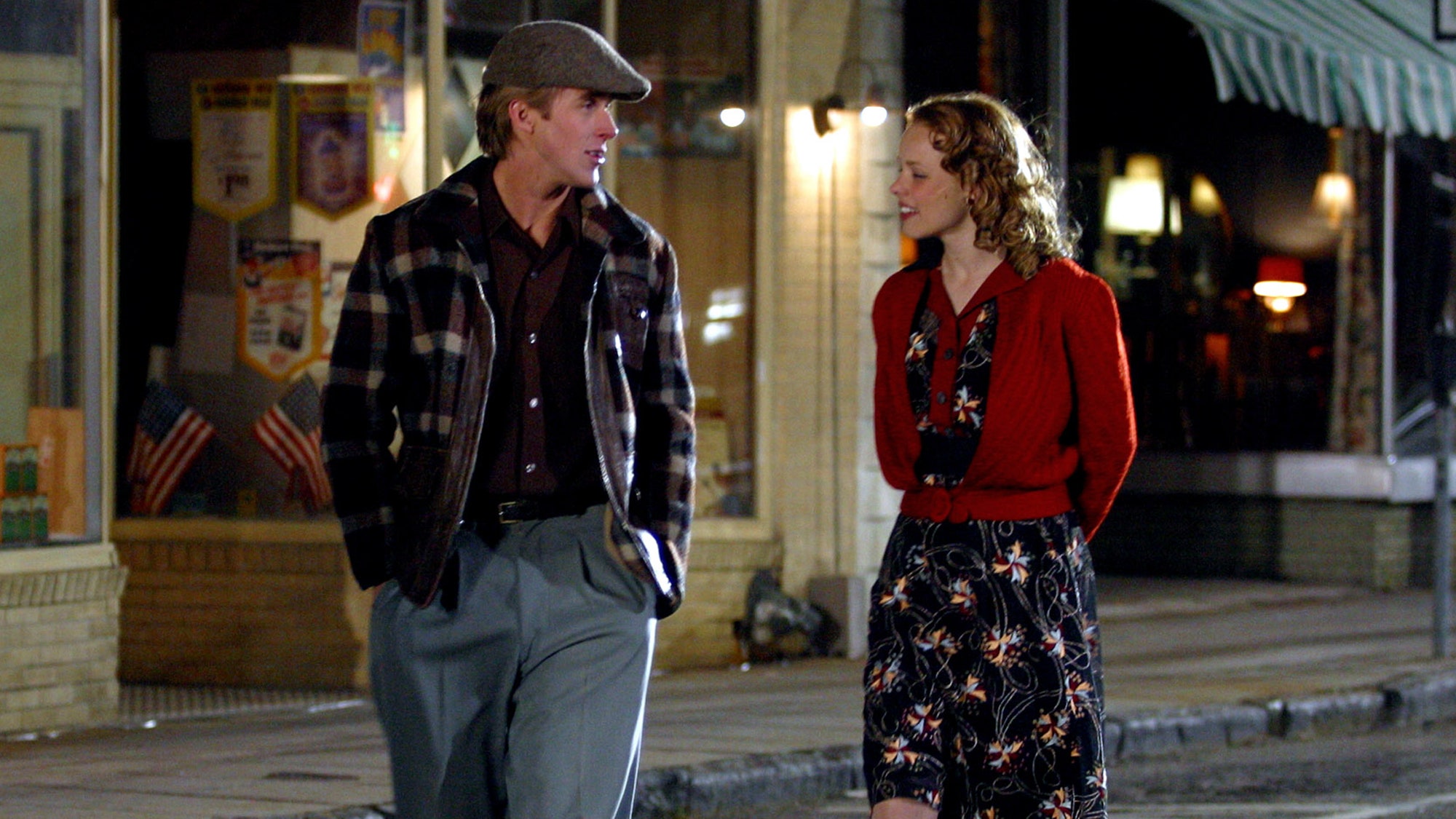 Helmed by Nick Cassavetes, ‘The Notebook’ is inspired by the 1996 Nicholas Sparks novel under the same name. Nicholas revealed that the story is indeed based on a real-life couple – the grandparents of his ex-wife, Cathy Sparks. It tells the story of the unconditional love of Noah and Allie, who face separation due to life’s tribulations. The story is narrated by Duke, who seems to be telling it to a dementia patient Ms. Hamilton. The movie makes the viewers experience the power of undying love with Noah and Allie just as Rachel devotedly embarks on an expedition to find her mother. 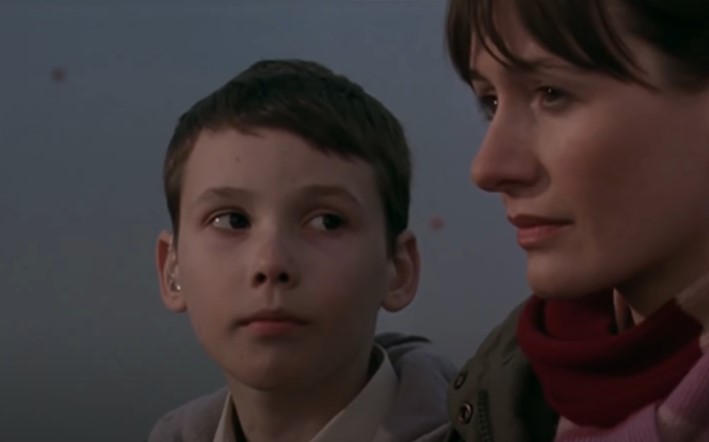 Helmed by Shona Auerbach and starring Emily Mortimer, Gerard Butler, Jack McElhone, and Sharon Small, the 2004 film centers on a young single mother whose love for her son drives her to perpetrate a falsehood aimed at keeping him from learning the truth about his father. It deals with the repercussions of a broken marriage and the subsequent impact on children. Along similar lines, Jacob also faces the brunt of not knowing his father as his mother’s death forces him to reconnect with his dad. Both movies showcase the ups and downs of the relationship between fathers and sons. 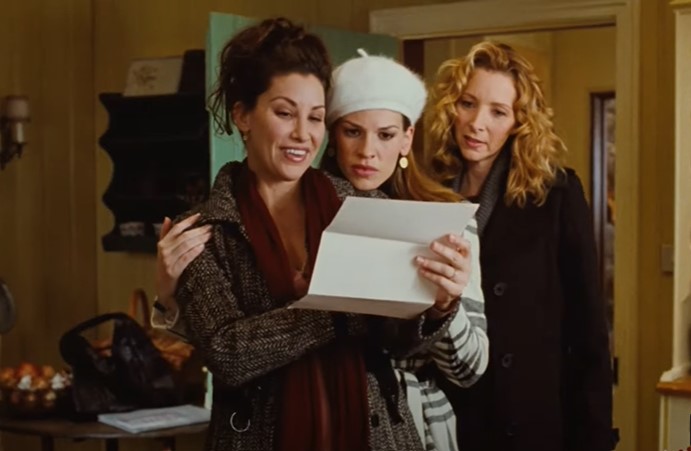 Directed by Richard LaGravenese, ‘P.S. I Love You’ features the story of a married woman, Holly, who receives letters written by her late husband, Gerry, that help her deal with grief and nudge her towards a better life. With Hilary Swank, Gerard Butler, Lisa Kudrow, and Jeffrey Dean Morgan in lead roles, the film is based on a novel by Cecelia Ahern. It precisely conveys how humans deal with grief and sadness over a loved one’s passing. Just as Jacob struggles to come to terms with his mother’s passing, Holly also tries to face the impending grief, but at least she has the encouraging words of her husband to get by.