12 Best Maths Movies of All Time 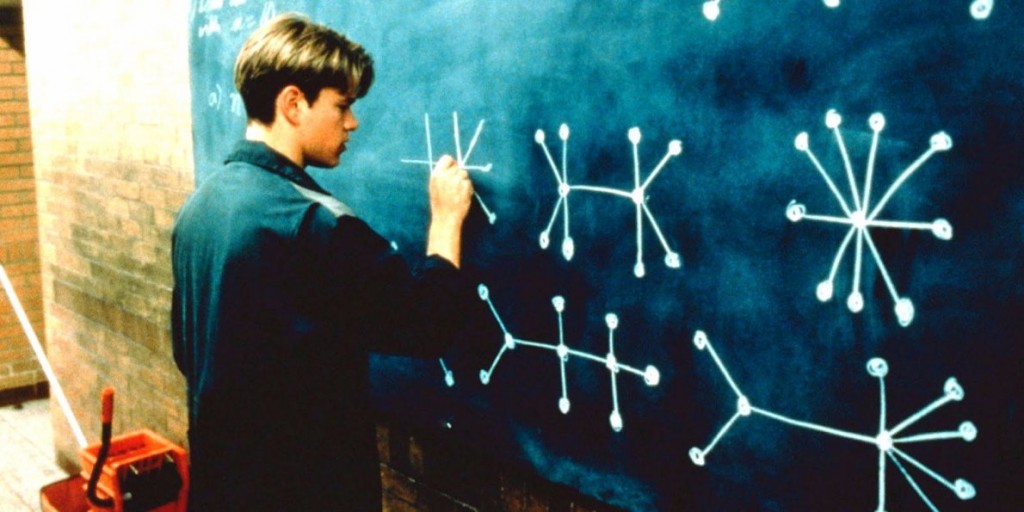 Every substance in this world has mathematics built around it. It defines the simplest aspects of our lives and provides meaning using concrete logical solutions and ideas. Maths is a vastly complex subject that tests your mind unlike anything else. It’s bizarrely complex, wildly fascinating and infinitely mysterious.

To explore the baffling complexities of the subject or the genius minds working on it is no easy task and a number of films have managed to do that brilliantly. So let’s take a look at the list of top films about maths ever. You can watch some of these best maths movies on Netflix or Amazon Prime or Hulu. 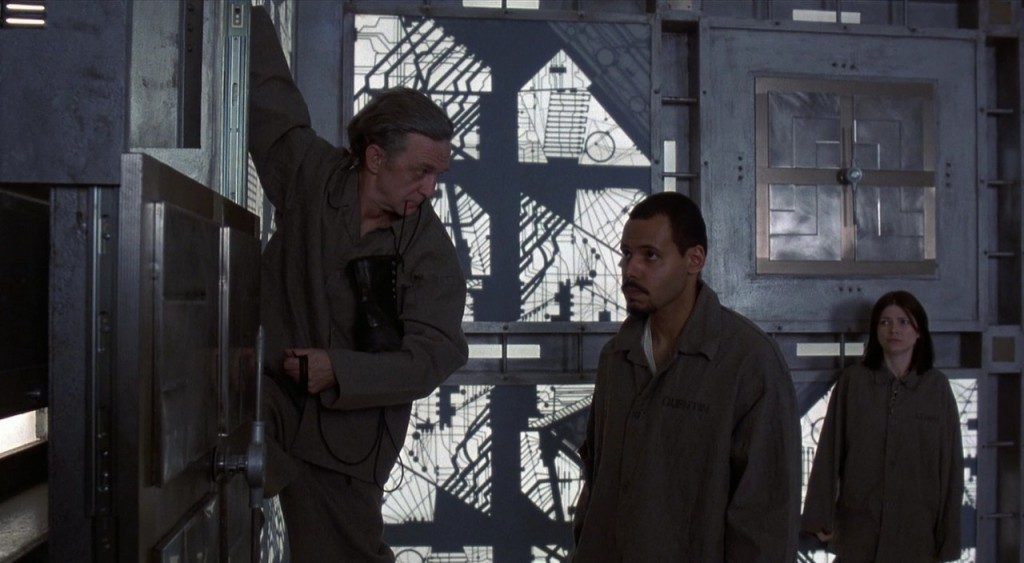 This Canadian Sci-fi horror tells the story of a group of strangers who are trapped inside a massive cube and each of them with their special set of skills must come up with a way to escape the deadly traps of the maze they are trapped in. Mathematics play a crucial role in the film as one of the main characters is an exceptionally skilled mathematician who comes up with crucial ideas for their solution. The film has an intriguingly dark, surreal atmosphere and whilst it does not have a solid script to back up its interesting premise, the raw tension makes for an exhilarating viewing experience. 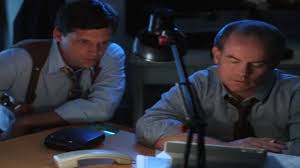 ‘The Code Conspiracy’ focuses on a professor who discovers a mathematical code that unlocks computer encryption but also proves something profoundly universal; the existence of god. ‘The Code Conspiracy’ did not receive a wider release and continues to remain an obscure flick that certainly deserves more love. It takes on some fascinating concepts and builds up to something truly profound in a way that might not be as clinical as you’d have loved it to be but in an inspiringly bold fashion that completely floors with you its remarkable audacity. ‘The Code Conspiracy’ is fascinating, intense, thematically bold and makes a brave attempt at tackling such an ambitious theme that challenges most mainstream sci-fi flicks. 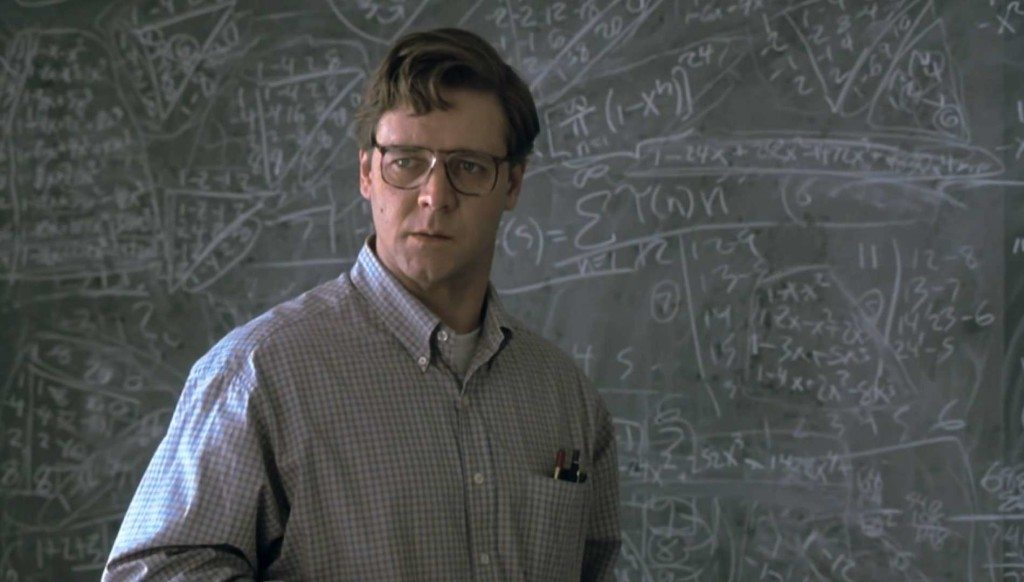 I’ve always had a soft spot for ‘A Beautiful Mind’. Yes, it’s a bit too sentimental and melodramatic but it works really well at places. Russell Crowe stars as John Nash, a mathematical genius who begins to develop various mental disorders and goes through many delusions as his mind gradually slips out beyond his reach. Crowe beautifully plays Nash, finding the right mixture of drama and authenticity in a very moving performance and brilliantly carries the film forward. It’s a beautiful film about a man’s struggle with his own inner demons and how he makes use of his brilliant mind to overcome his shortcomings. 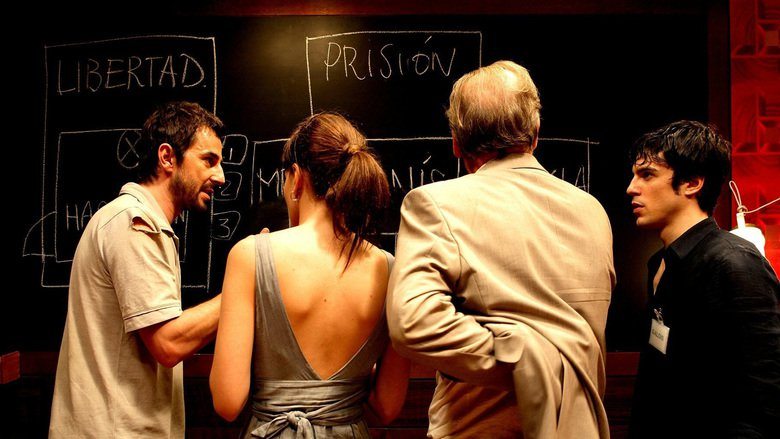 This Spanish thriller follows four highly skilled mathematicians who are left to solve a complex puzzle using pseudonyms based on revered historical mathematicians. They need to solve the puzzle so that they can escape the closing walls of the room they are trapped in. It’s a taut thriller that entertains for the most part and despite its all too familiar plot elements, it comes off as a great experience because of its stylistic elements and the way it manages to engage and lets you invest yourselves in the characters with utmost focus on the plot-line. 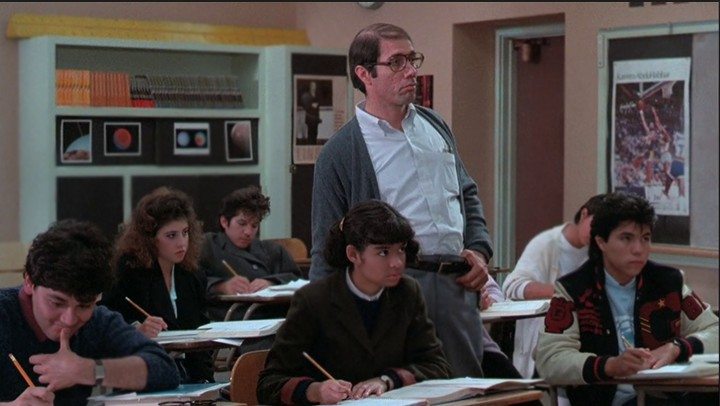 ‘Stand and Deliver’ centers around a high school teacher who strives hard to transform his academically poor performing students into mathematical prodigies. He transforms the students by bringing about a change in the school culture and helps them take AP Calculus by their senior year. The film is made with a touch of honesty that is sure to move you and despite its flaws, comes off as a genuinely moving piece of drama crafted with heartbreaking intensity. Edward James Olmos is brilliant in the lead role and almost single handedly transforms this beautifully flawed film into an endearing tale of hard-work, determination and success. 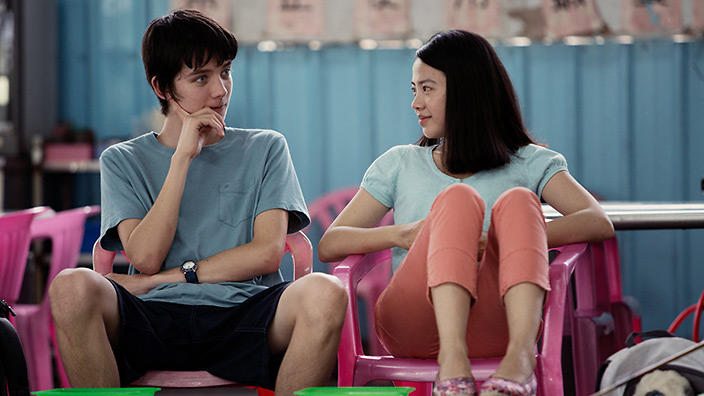 This heartwarming drama tells the story of an introverted mathematical prodigy who is not good with relationships and social interactions but comes across a young girl with whom he strikes a friendship while competing at the International Mathematics Olympiad. ‘A Brilliant Young Mind’, as it is known in the US, isn’t an exceptionally well made drama but it has a very delicate touch of sentimentality that manages to strike a chord in you with its warmth and sincerity. The young Asa Butterfield is wonderful as the socially awkward boy who begins to discover the intricacies of human relationships and love and is the heart and soul of the film. 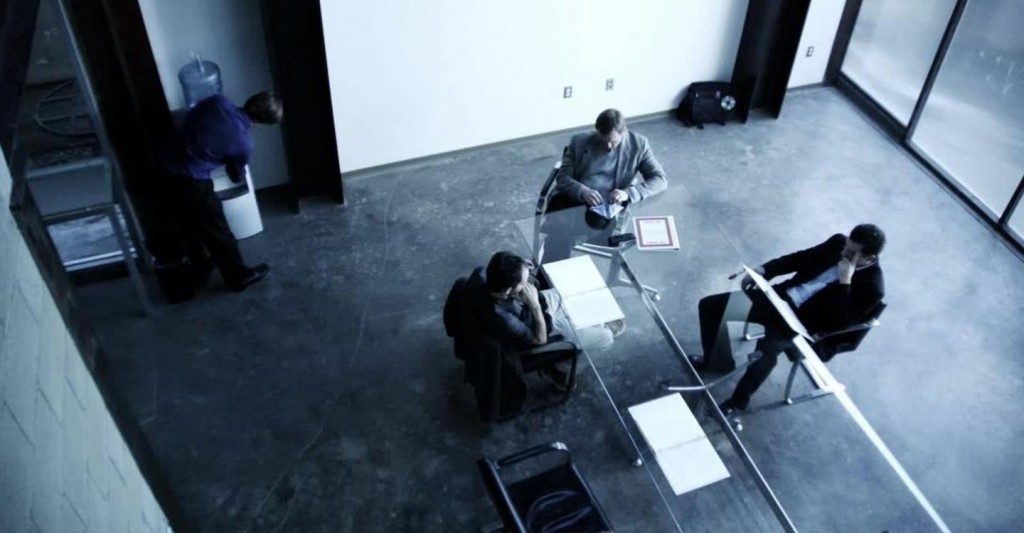 ‘Travelling Salesman’ is a brilliantly crafted, original thriller that focuses on four mathematicians hired by the U.S. government to solve the complex mathematical problem in computer science history and are offered a reward of $10 million for their solution. The writing here is exceptional and the film has a startlingly authentic tone with precise focus on the subject matter and there’s not the slightest bit of plot contrivance and it lets you observe its characters. The action is mostly centered on the characters who are immensely fascinating and they tend to evolve as the film progresses as they gradually discover the ethical and moral dilemma their solutions would possibly pose. 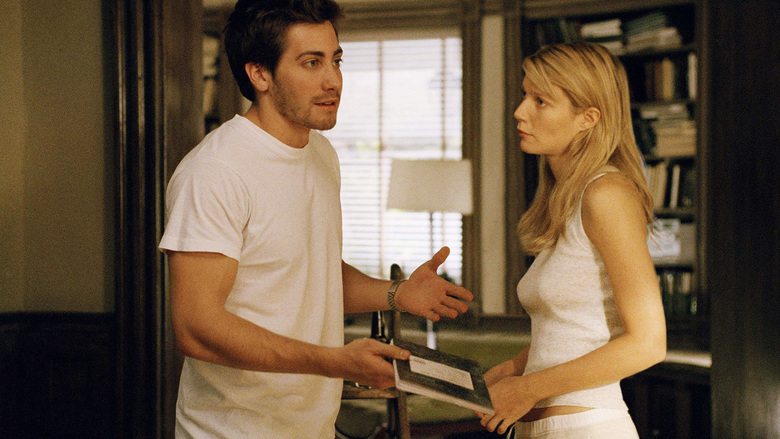 ‘Proof’ depicts the emotional struggle of a woman as she tries to cope up with the death of her father who was a brilliant mathematician. However, her father had serious mental illness and now she fears that she may have inherited his mental illness and must deal with it. ‘Proof’ has often been compared with ‘A Beautiful Mind’ but it has a more authentic tone and approach that easily trump’s Ron Howard’s melodrama as it manages to depict the bizarre complexities of the subject whilst keeping you invested in its characters. Gwyneth Paltrow, Jake Gyllenhaal and Hope Davis are remarkably brilliant in their roles, driving the story forward with their characters. 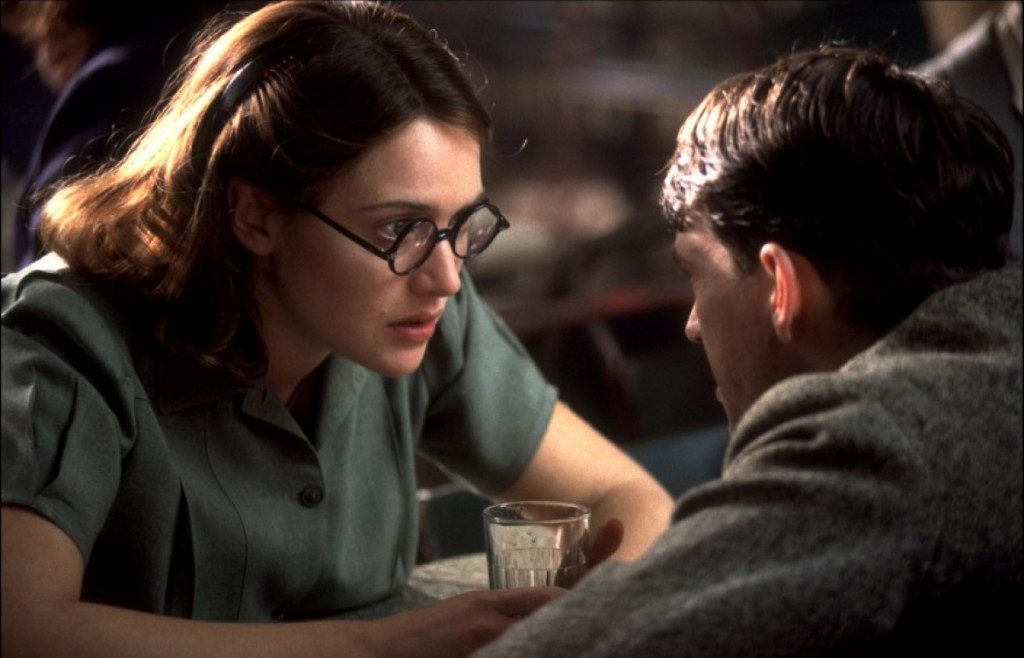 Set during World War II, ‘Enigma’ revolves around Thomas Jericho who help the British authorities break the infamous Enigma Codes of the Nazis. Thomas Jericho is a brilliant cryptanalyst, exceptionally skilled in mathematics and gives his best to decipher the highly complex mysterious codes encrypted by the Nazis. It’s a beautifully acted, tautly written ingenious thriller that is almost Hitchockian in building tension and suspense. Despite the complex plot-lines, the film lets the characters drive the story which makes it a highly compelling affair. A must watch for all you number nerds out there! 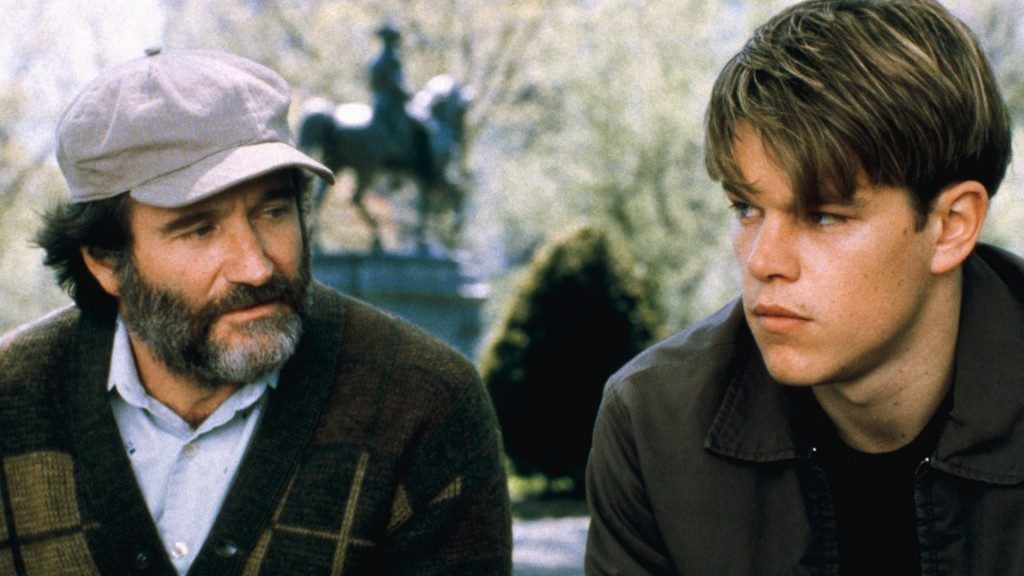 There are some films that hold a very special place in our heart. And that may not be because it’s a particularly great film. It maybe for reasons that are completely personal. Maybe you’ve seen it during a wonderful time of your life or perhaps it’s just the memory of it when you first saw the film. ‘The Good Will Hunting’ is that kind of film for me. What keeps me coming back to this film is its charm and simplicity. Yes, it’s preachy but sometimes we all need someone telling us, like Robin Williams’ character does in the film, that it’s gonna be alright. Will is a mathematical prodigy and is basically a fun-loving guy who loves hanging out with his buddies but deep inside he is such a broken man. And he’s desperate for a father figure who’d show the way for him and Williams beautifully dons that role. Mathematics defines Will and it’s one thing that comes to him naturally and it plays a huge role in his life. 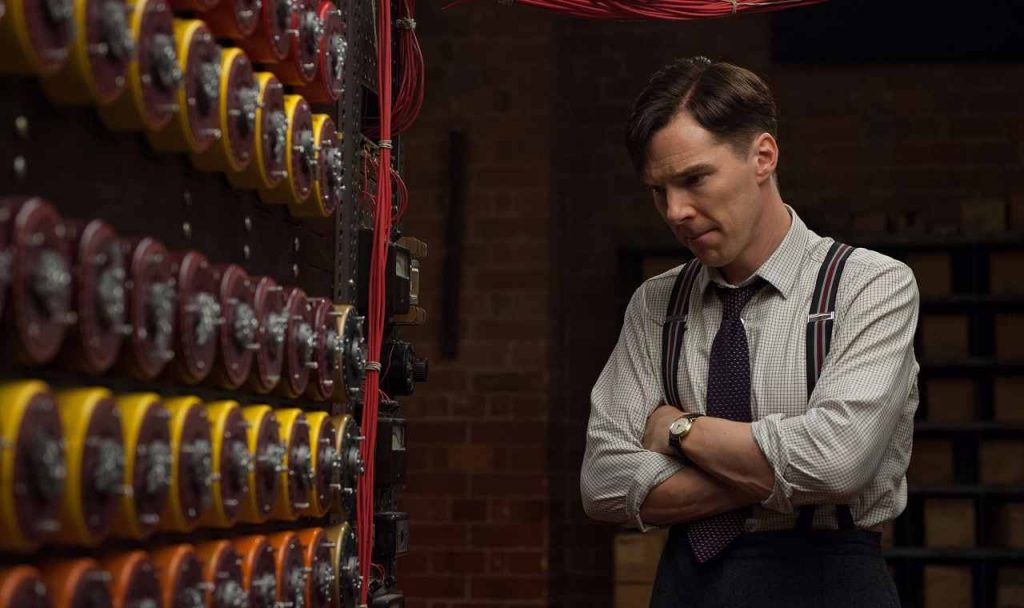 ‘The Imitation Game’ tells the story of real life British cryptanalyst Alan Turing who cracks the mysterious German intelligence codes as he builds a machine which helps to save millions of lives during World War II. Benedict Cumberbatch plays the lead role and is absolutely superb as Turing in a performance with astounding control and subtle eccentricity. While the film triggered controversy for taking some liberties with the historical facts, it was generally well received by critics and was among many top 10 lists of its year. 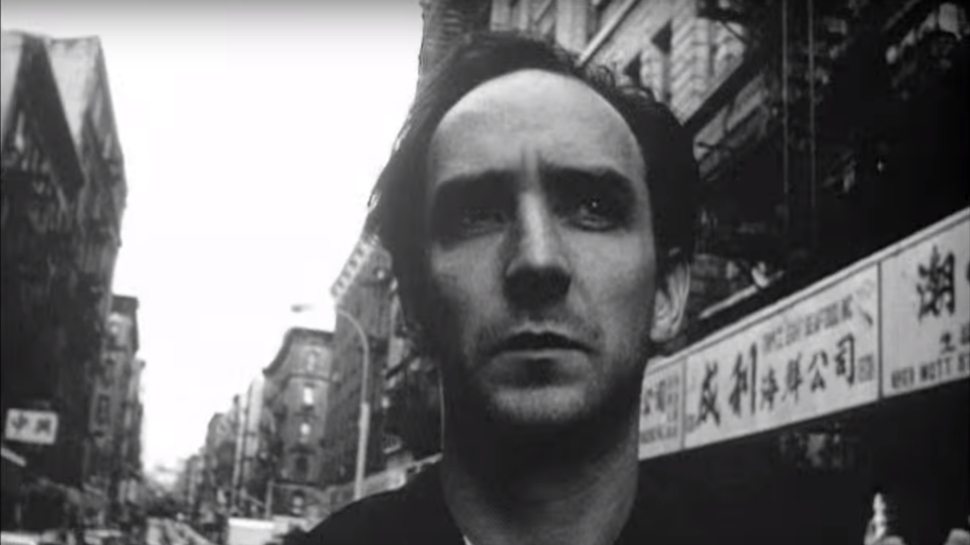 Darren Aronofsky’s Lynchian thriller explores the bizarre obsession of a mathematician with a key number that may open up the infinite mysteries of the universe and nature. The number 216 seems so fascinatingly ambiguous for him and this wild obsession of trying to decrypt its infinite implications drives him to paranoid state of mind. Mathematics forms the thematic core of the film and it’s basically an exploration of the relationship between mathematics and nature and questions if we could mathematically quantify the numerous incomprehensible mysteries of the universe. It’s an incredible experience and Aronofsky leaves us with a lot to chew on as the Lynchian surrealism turns this into an experience that thoroughly affects our subconscious in a way that is hard to explain.